Jenny Teo sits straight-backed on a plush red chaise lounge in her living room. Looking out the window, vast swathes of green stretch out as far as the eye can see.

It is from this calm and comfortable nook that the 59-year-old shares the heart-wrenching story of how she lost her only child, Josh Isaac Ng, to suicide.

Growing up, Josh was a lively and playful boy. When he was baptised at the age of 12, Jenny chose the name “Josh Isaac”. In the bible, God told Joshua to be strong and courageous, and “Isaac” means “laughter”. These were the two things Jenny wanted for her son.

But in his PSLE year, Josh experienced academic setbacks that disheartened him. He became withdrawn and a concerned Jenny quit her job to look after him. That marked the beginning of Josh’s mental health downward spiral. In 2015, Jenny was also diagnosed with depression. 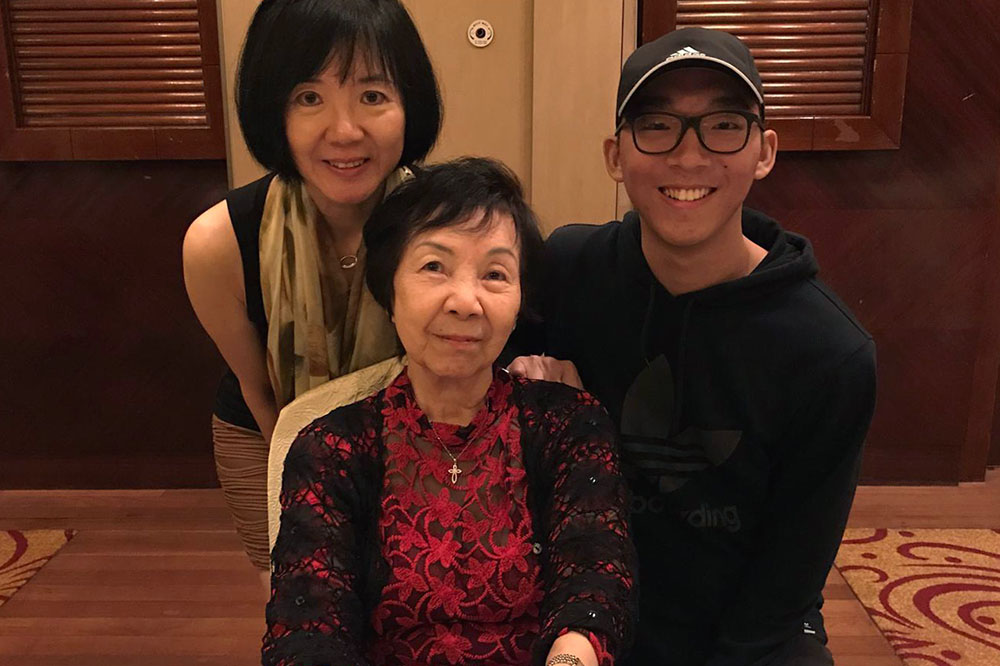 2017 marked a difficult year for Josh. He was experiencing relationship issues with his on-and-off girlfriend, being bullied in NS, coping with his parents’ divorce, facing pressure from his father to enrol in an overseas university and dealing with his mother’s depression.

“There’s this thing about depression, it lights the pain circuitry in your brain. And then if you ask someone with depression what does that feel like, they will say it feels like torment. You have totally zero emotions, it’s like [being] a walking zombie. So you just feel that [you] might as well be dead,” says Jenny.

The pain of depression proved too much for Josh. On 25 June 2018, Jenny found her 20-year-old son lifeless in their home. 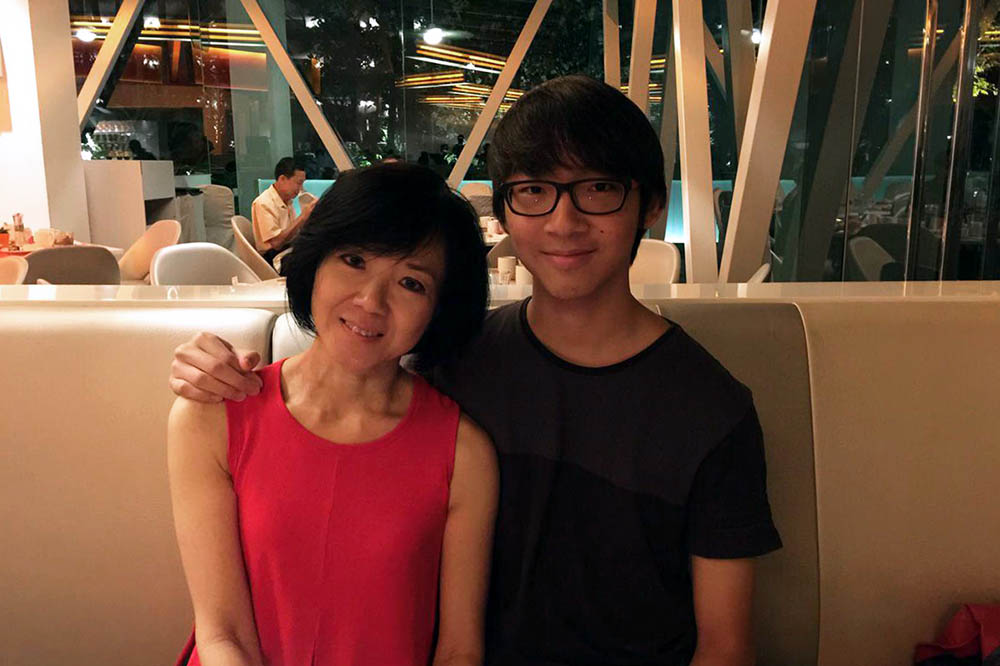 Josh and Jenny at Jenny’s birthday in 2015

Coping with the loss of her son

In the grief journey, there are three stages—absorption, adjustment and acceptance. No parent should have to bury their child. Yet Jenny had to watch the police remove Josh’s body, identify his body in a morgue and arrange his memorial service.

Then came the adjustment stage, where she “still [cried] but not as much”. But getting used to the reality that Josh wasn’t around anymore was difficult as she got triggered every time she went out. Mothers carrying babies, NSFs in uniform, schoolchildren, young men, the make of Josh’s car and movie theatres would remind Jenny of her sadness.

Jenny only moved into the acceptance stage when she began sharing Josh’s story. She was volunteering with Caregivers Alliance Limited and told her story to a group of 80. At that sharing, she read an excerpt from Josh’s suicide note.

“That gave me closure, in the sense that I’m put in a place now that I can still do something for Josh. I tell myself, ‘I don’t want his death to be in vain. How can I share my story, so that when people hear my story, they take away something with them that can help in suicide prevention?’” 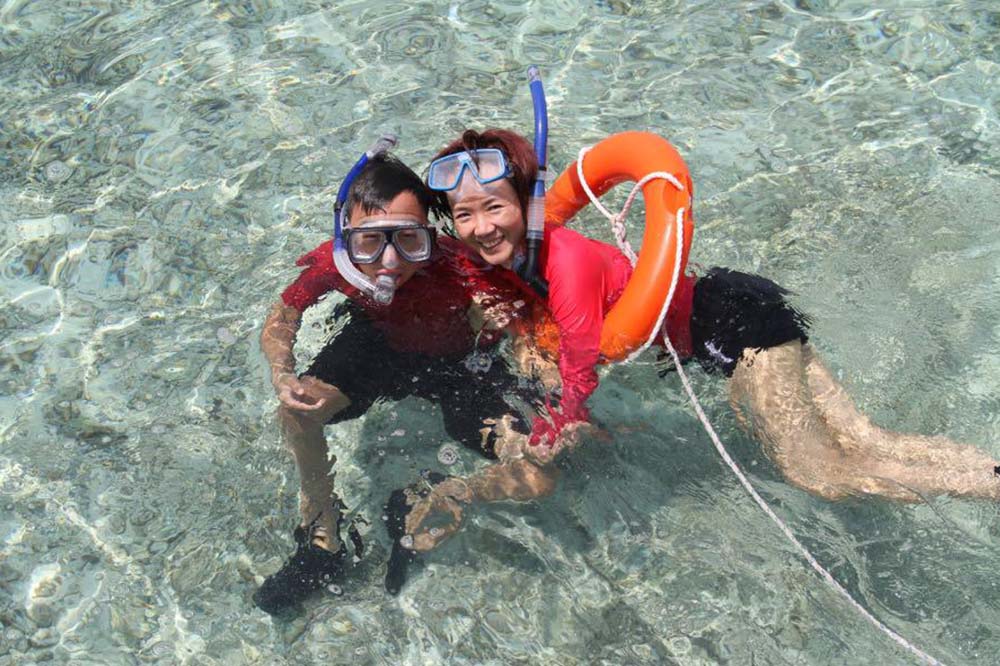 Josh and Jenny holidaying in the Maldives

To deal with the loss of her son, Jenny had joined a support group for suicide-bereaved mothers. Some of them decided to form the PleaseStay. Movement, an advocacy group with the aim of preventing and raising awareness on youth suicide.

They found most people avoid speaking about suicide and mental health issues as they are discomforted by the unfamiliar and taboo topics.

“I think everyone should ask themselves this: can we afford to not talk about it? Can we afford to think that it’ll never happen to us? It’s somebody else’s problem and not mine? Because those were my exact thoughts too.” 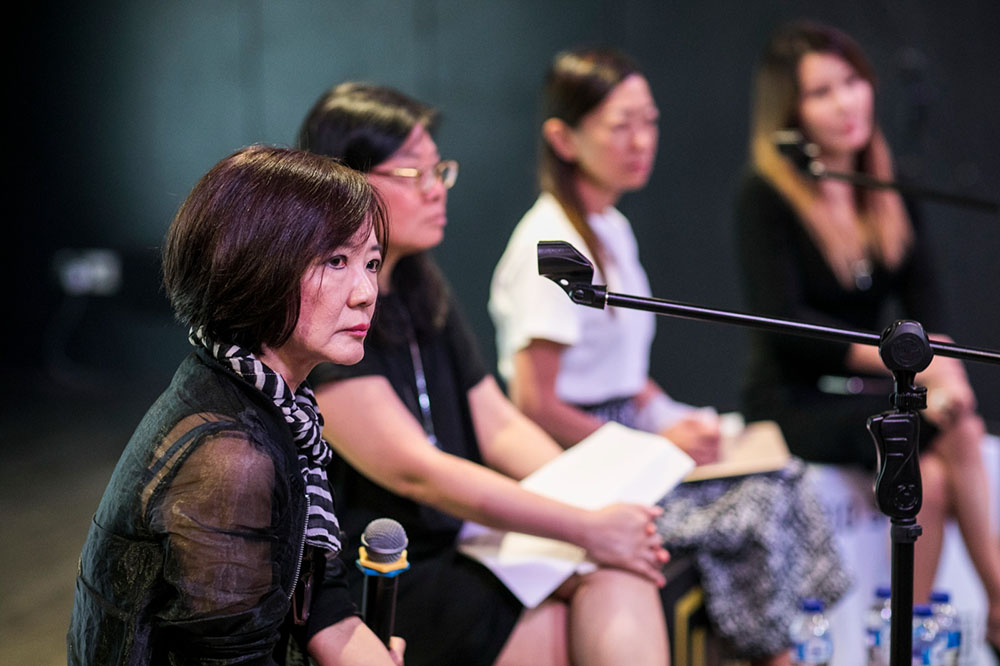 So four mothers—Jenny Teo, Ho Geok Lan, Elaine Lek and Doreen Kho—stepped up to front the movement. On 29 October, they shared their stories in a video that has since garnered 1.6 million views on Facebook.

“We knew that we could not do it alone. We want to have people [talking]. Because the more you talk, [the more] you can reduce the stigma [against mental health issues].

“If we continue not to talk about it, it will forever be a stigma. And I’m afraid as long there is a stigma, two-thirds of people [with mental health issues] will not seek professional help. And then [we] will have a situation of a spike in the number of suicides.” Mothers of the PleaseStay. Movement sharing a moment
Source

For Jenny, the PleaseStay. Movement was “birthed out of a season of pain and loss”. Now, it has become “a season of strength and courage”. Still, there are days that are hard and memories of Josh bring tears to her eyes.

But she finds meaning advocating for suicide prevention and mental health issues as it makes her feel like a mouthpiece for Josh. In a way, she feels it allows her to be a mother to him again.

“Our kids will always be our kids, whether they’re here or they’re gone. They’ve been a part of us, there’s no way we can just stop talking about them.

“[If I could tell Josh anything right now], I would like to say to my son: if mummy [had] another chance to be a mum again, I would not choose anyone else, but you. You are the best son that any parent could have.”

Why High-Functioning Depression Isn’t What People Can See