When I was in Junior College, I knew a happy, bubbly girl named Yurou who once posted on Facebook that she had shaved her head.

Back then, donating your locks to Hair For Hope was a common occurrence so I didn’t think much of it.

But when we reconnected, Yurou revealed she had gone bald in an attempt to get rid of a secret illness which has plagued her for the past 16 years. 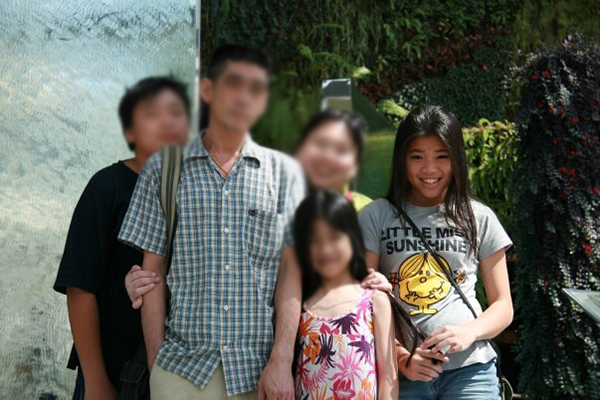 I was 8 years old when I first started plucking my hair. It was the first day of Primary 2. I had spent the morning dealing with diarrhoea and got my uniform sopping wet. As the feelings of embarrassment crept up on me, so did an ‘itchy’ feeling in my scalp.

I started pulling my hair out strand by strand, intrigued by the translucent white roots. From then, pulling at my hair became something I did constantly and uncontrollably.

Initially, I thought this behaviour was linked to me being an impulsive, hyperactive child. But as I grew older, the more stressed I felt, the worse the plucking became. It got to the point I accepted if I wanted to pass my exams, I’d have to suck it up and sacrifice my hair.

Suffering alone with the hair-pulling disorder

Plucking at my hair caused many visible bald spots. After every ‘pull session’, I’d clear the chunks of hair on the ground, so nobody would find out. 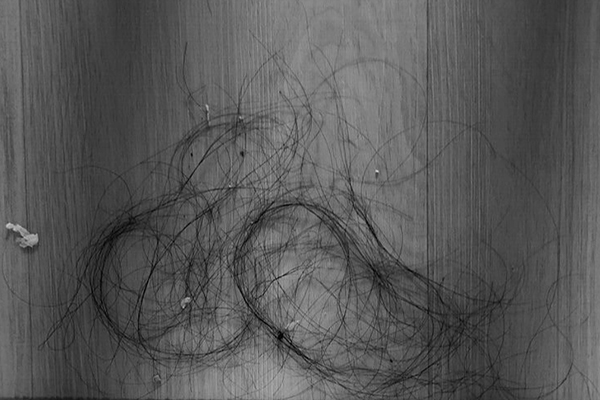 When my parents first found out, they were understandably afraid. My dad said, “你真的有很大的问题！(You seriously have a big problem)”.

I felt horrible because I knew he was right, but I couldn’t help it. I wanted to know what was wrong with me too.

Luckily, I wasn’t made fun of in school because I hid the bald spots in my ponytail and the people who knew were nice about it. Usually, they’d react with a shocked “Why?!”. Others would advise me to “try wearing a hat” or “just tie your hair lah”.

Some even joke and say, “Why don’t you pluck somewhere else, like your pubic hair?”. But if it was so easy to stop myself, I would have done it already.

Learning about trichotillomania and trying to recover

For the longest time, I suffered alone and in silence. Until one day, my best friend watched ‘My Strange Addiction’, and discovered my condition was termed ‘trichotillomania’.

I started researching about trich and learnt it’s a type of Body-Focused Repetitive Behavior, classified under obsessive-compulsive and related disorders within the DSM-5.

Equipped with the relevant knowledge, I could now better handle my disorder. I started practising mindfulness and being more self-aware by managing emotional (being bored, stress) and situational triggers (when I was studying, watching TV, reading).

In an attempt to stop myself from pulling my hair out, I even decided to shave my head. I thought to myself, “If people with cancer can deal with so much physical and psychological pain, I can definitely be brave enough to go bald and try my best at recovery”. Though I still struggle with trich, dealing with the condition isn’t all bad for me because I have a strong support group who loves me for who I am. My friends and family make me feel beautiful and secure, and let me know I don’t have to feel embarrassed.

I hope by sharing my story, we can start a conversation to reduce the stigma surrounding mental illnesses. And if there are others out there like me, know you don’t have to be ashamed.

At the end of the day, I hope we all choose love, not fear. Hair or not, we are beautiful, and having trichotillomania is #notjustabadhabit.