You have probably already heard about the elaborate costumes and sets, bitchy drama and complicated Chinese vocabulary that brings up all your PTSD from Chinese class, from this hit drama series.

But once the English subtitling is finished, you will want to be armed with these facts which will make you look like an eminent Chinese history scholar when discussing the most talked about TV show in 2018.

The epic drama is based on Qing Dynasty historical figures: mainly Emperor Qianlong and his three wives. So, what is the real story of their lives? 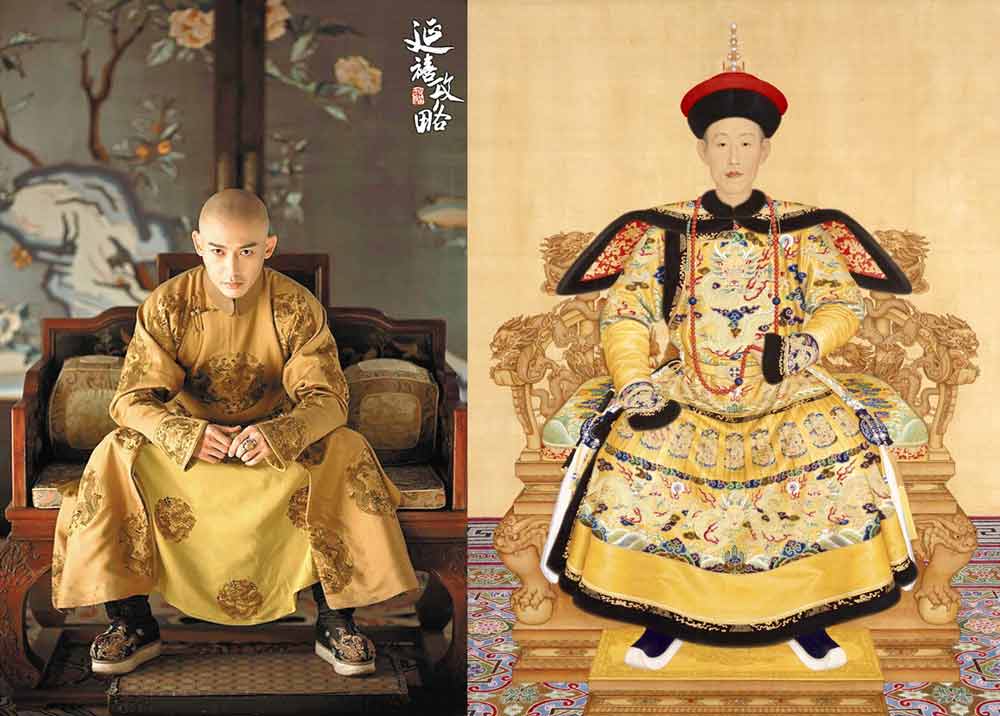 Emperor Qianlong is your sensitive new age guy trapped in antiquity. He was a great lover of the arts and poetry. Critics in China still make fun of his eclectic art styles of combining Western art and Chinese art from all dynasties.

In 2018, he would be your “emo kid” with green hair making weird artworks that “only he gets”, but with a royal pedigree.

Emperor Qianlong bore real love for his childhood beau Empress Xiaoxianchun, who was a match made by his father Emperor Yongzheng. He pined for her decades after her death and wrote thousands of poems, many dedicated to his one and only true love. 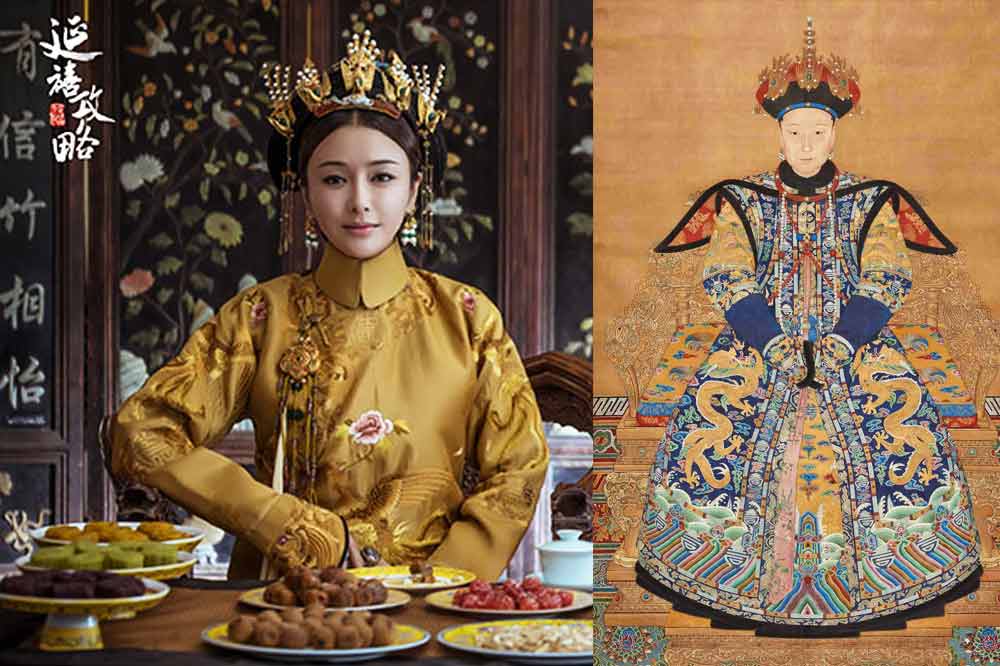 As the show depicts, she was frugal and wore real flowers in her hair instead of bejeweled pins paid for by tax. A poster child for those who feel “ministerial salary too high” in 2018.

She was a nobility by heritage, born into the Manchurian top three banners (tribes). She passed away at age 37, probably from sickness. Looks like princesses only have happy endings in Disney movies. 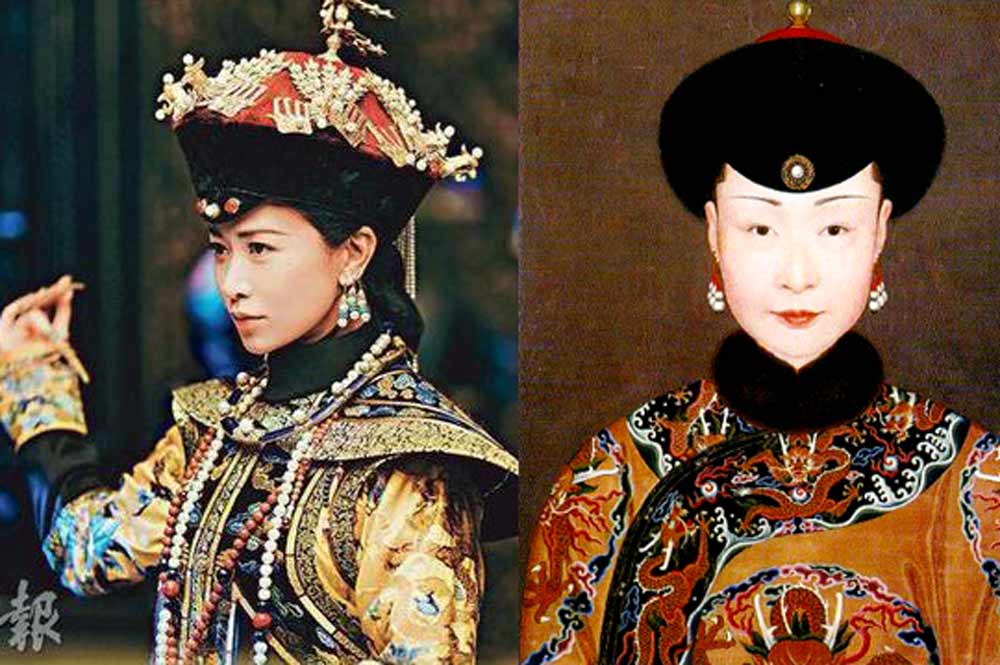 Picked from the Emperor’s harem, she was promoted to Empress after the mourning rites for Empress Xiaoxianchun ended.

The show depicts her as a subtly scheming villain but history shows no record of such behaviour.

Why was she written off? Nobody really knows. The Emperor claims she cut her own hair, forbidden in Manchurian culture. This could just be a classic case of not being able to fill somebody’s shoes, like your annoying BF who keeps comparing you to his ex.

Whatever, it doesn’t make you any less of a queen.

Yanxi Palace Fashion, Style And Beauty Guide To Feel Like An Empress Everyday 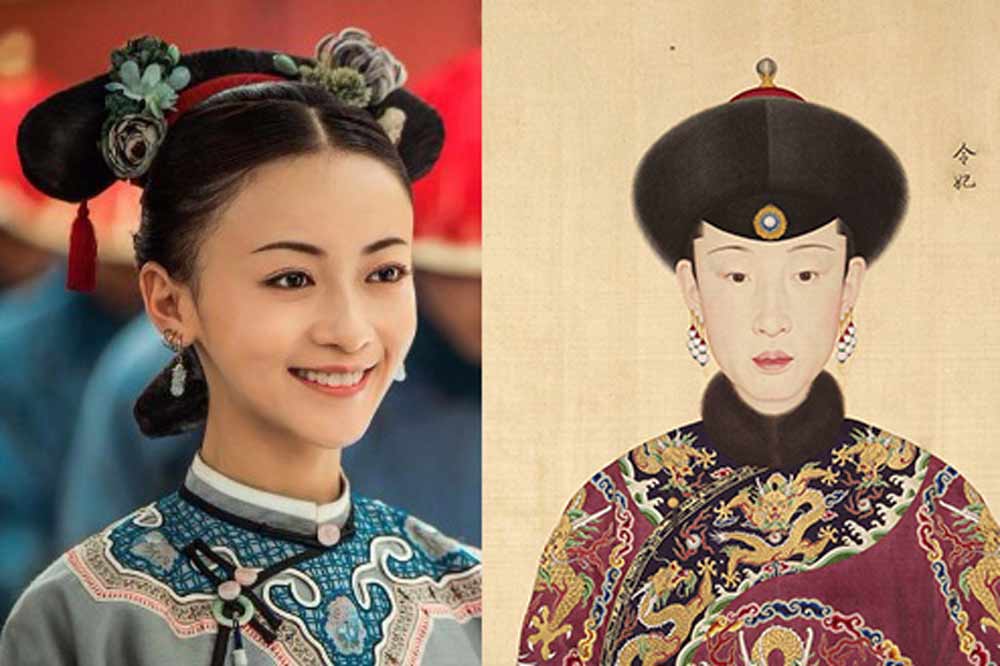 We only know her surname was Wei, her name was made up for the show.

Her devil-may-care attitude is what makes the show so fun to watch. She glib talks out of difficult situations and manipulates in the name of survival.

Many people enjoy the refreshing strong female character. This princess is in the league of Mulan, Elsa and Merida. And if Disney is making a hollywood spinoff, take my money already. Just don’t cast Scarlett Johansson as her.

As for the real Consort Ling, it was unknown if she was a maid. History records her as having learnt from the Empress, without specifics. She was born to a Han Bondservant class, which meant that she was as unroyal as Meghan Markle by birth.

But we all deserve to dream about marrying someone above our SES (socio-economic status).

We compiled a guide for you: 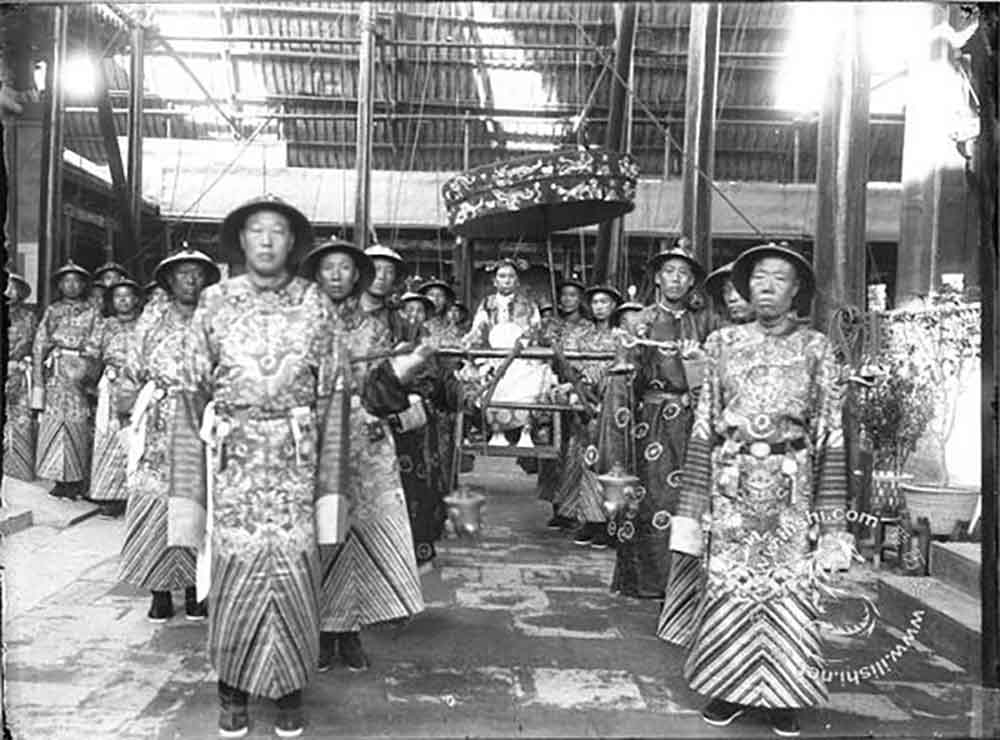 You might wonder why men will subject themselves to castration. Ouch! Worse, the only anaesthesia they had in those days was hot pepper water.

In ancient China, many families castrated their sons, hoping to propel them into the Forbidden City. Being an Eunuch was the only way a nobody could find their way into the private courts of the Emperor and his harem.

It explains why they meddled in politics and often used their influence to help their own families.

You probably already knew, but in the tradition of period dramas like Huanzhugege, the show focuses on how a maid rose to the top of the ranks to be an imperial consort.

The show teaches working Singaporean women that promotion is well within reach. As for the backhanded tactics, please use it with much temperance. As the show warns, karma is a bitch.

We love to see villains get punished and that is why this genre works.

Previous concubine serials always have higher ranks arriving on a sedan chair to save a character in distress. It is predictable after a while, but Yanxi Palace is more creative with its suspense and resolutions.

I won’t spoil it for you but you will savour the moments when an evil cackling concubine gets stripped off her fabulous embroidered clothes. And there are plenty. 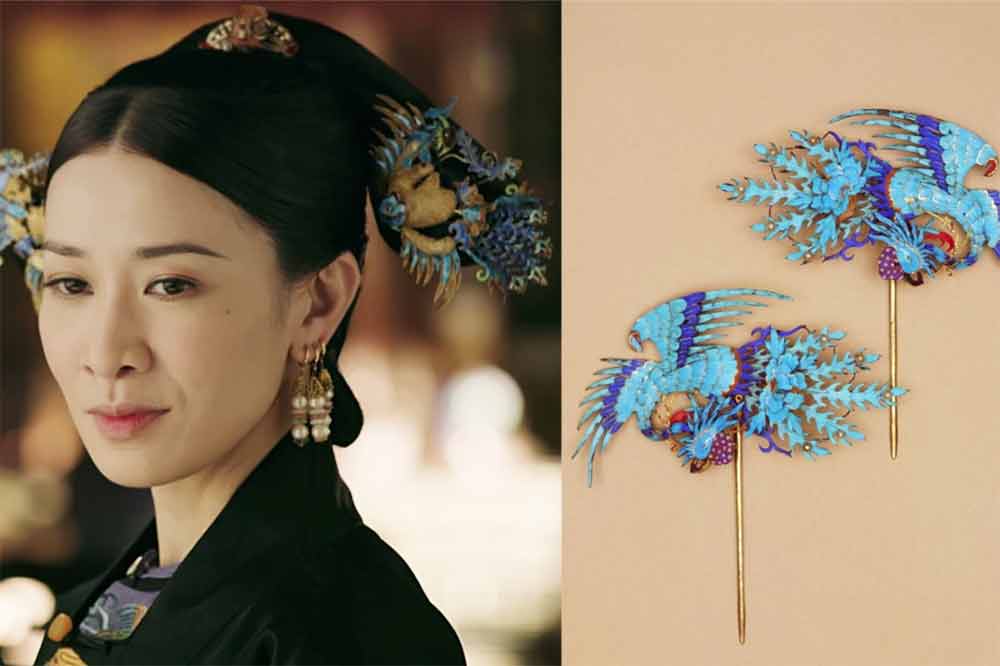 Since the show, Qing dynasty style chinoiserie earrings have been selling like hotcakes.

Some of the costumes took months, using Qing dynasty techniques to embroider. Many of the jewelry are based on replicas from the Palace Museum in Beijing.

You might be comforted to know that the Manchu rule in Qing dynasty banned women from binding their feet. Gurl, all you need is a big headdress and some shiny finger guards and you can rock Yanxi Palace like Cardi B at fashion week. 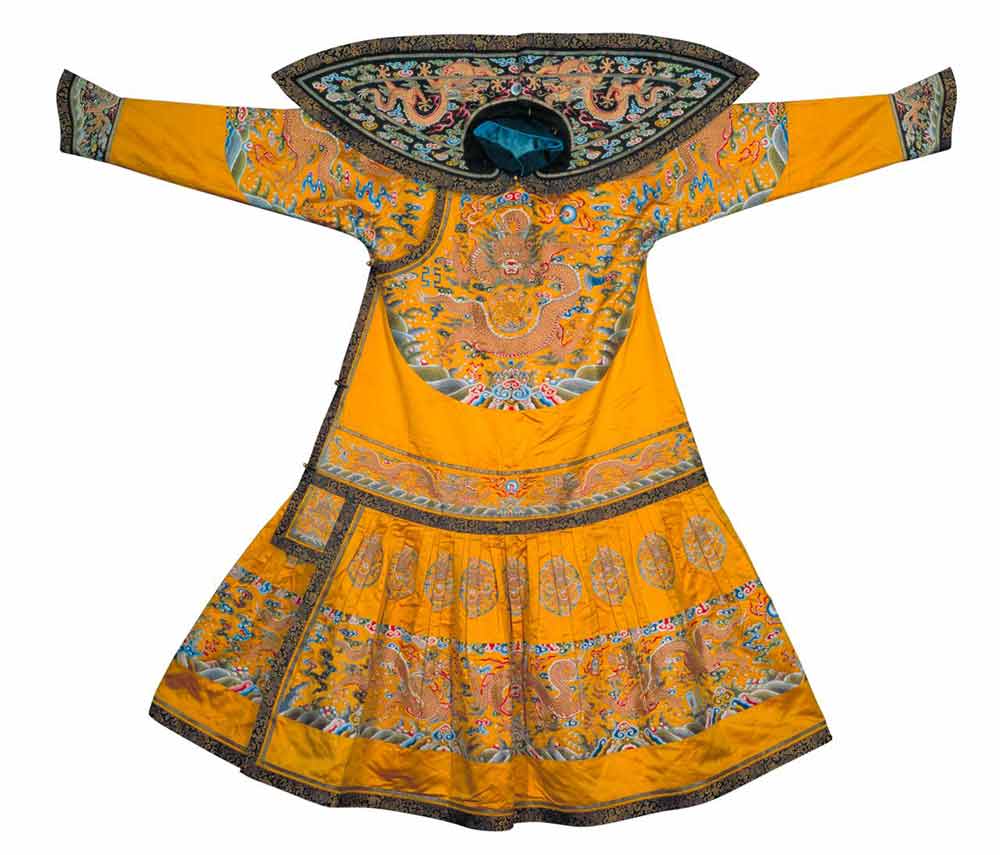 Unlike Infinity War, you don’t even have to wait to discover the back story or what happens after.

Can’t get enough of harem squabbles, lurid trysts and fake pregnancies? Check out prequel Zhenhuanzhuan, known as Empresses In The Palace on Netflix and Ruyizhuan, another recent production.

Interestingly, Ruyizhuan’s main character is Ruyi, who appears as Empress Ulanara in Yanxi Palace. You can see how different her story is when portrayed as the lead or villain.

It reminds us why history is subjective and written by the victors.

A behind the scenes look at the epic sets and preparation for Ruyizhuan:

Yanxi Palace Makes Us All A Chinese History Buff

Can the Ministry of Education invest in the artistry, storytelling and craft so we care about Chinese, History and Chinese History again?