Being Business Partners As A Couple

Most couples would avoid running a business together for many reasons. Potential arguments, eroding relationships, blurred lines in dynamics … the list goes on. But at the same time, it is ideal for some as they would already have a good understanding of their partner. To put it simply, it is really a hit or miss.

For Gabriel and Zoey, the couple didn’t have a choice but to become business partners, after Gabriel suffered from a scam and fell deep in debt. The only solution for them to survive and pay off the debt? Start a business, which eventually led to where they are now, successful as both entrepreneurs and parents.

How they met and fell in love 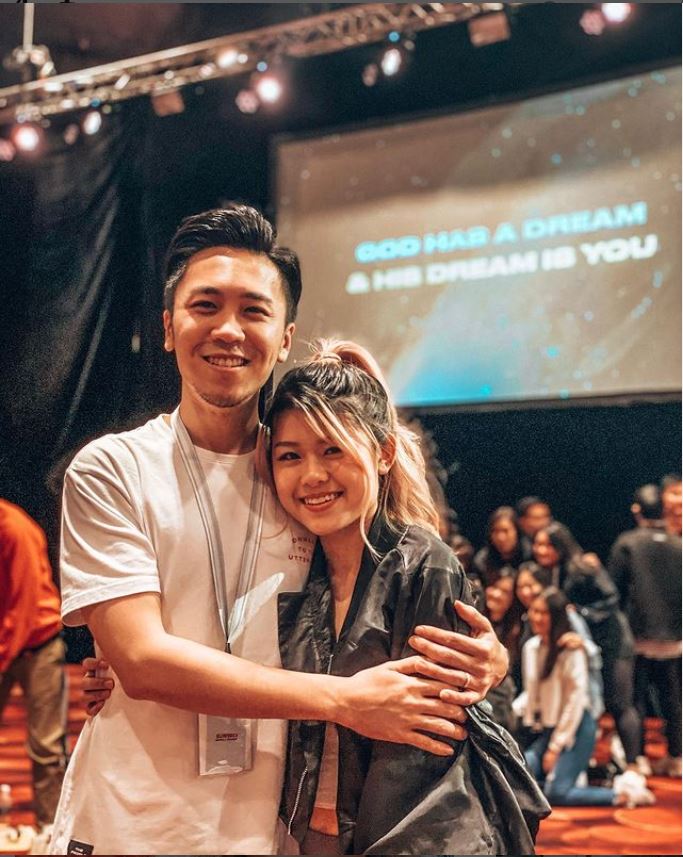 Before diving into the hardship that Gabriel and Zoey went through, let’s rewind to the beginnings of their love story. Their relationship blossomed after meeting in a club ‒ Zoey was 17 and pursuing a diploma in polytechnic, whereas Gabriel was 19 and already working as a salesperson after dropping out of polytechnic.

With an age difference of only 2 years and as believers who shared the same faith, the two fell in love quickly. After dating for 4 years, the two tied the knot, and as of now, have been together for 8 years and recently celebrated their 4th year of marriage. Their blissful marriage was further blessed after Zoey gave birth to their now 1-year-old daughter.

While their relationship might seem picture-perfect, it wasn’t always a sweet life due to a scam job Gabriel held.

Being scammed, losing their job and becoming unemployed 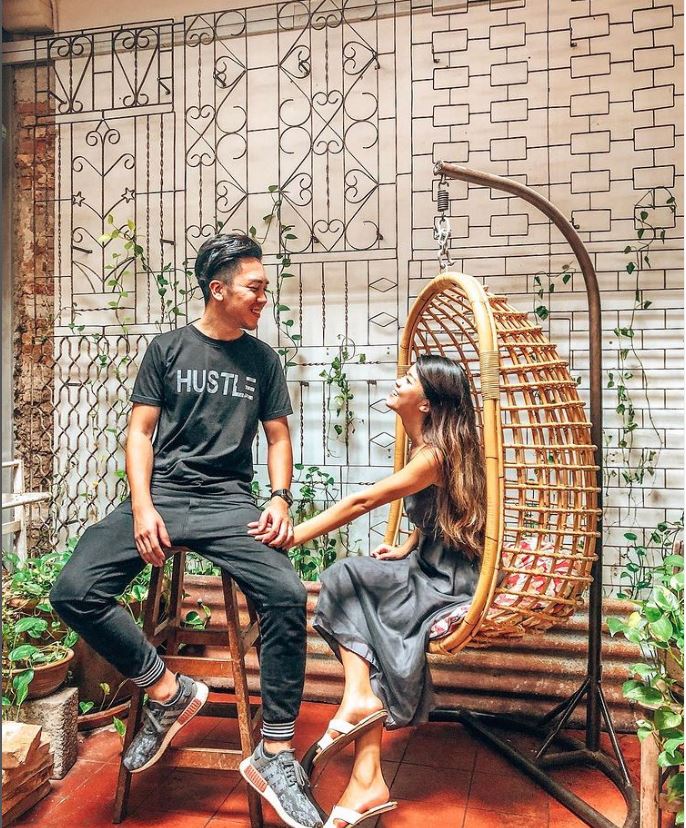 On the surface, everything was rosy for Gabriel career-wise. After dropping out of polytechnic, he worked his way up to lead a team of 100 employees as the top salesperson in a company. It was only in the 5th year did he realise that the company was not running a legitimate business model.

Despite discovering the truth, Gabriel couldn’t leave the company for many reasons ‒ he continued vouching for the company and could not admit to the world that he was in the wrong as well.

“I didn’t have the courage to just quit my job,” Gabriel recalled.

Eventually, he stayed on for 2 more years before he decided that “it had to stop and [he] wanted to set things straight”, even if it meant losing everything. His departure was not well-received by the company, even leading to death threats from people involved.

As soon as Gabriel left the company, he fell deep in debt that amounted to a 6-figure sum, resulting from having to repay the people who invested in the company.  At 23, most of us would be starting to earn an income, so it’s hard to imagine how Gabriel felt owing so much money at that age.

“It was very tough since I wasn’t able to receive any financial help. My father had retired and my mother had already passed on,” Gabriel shared.

As Zoey was still studying when their financial crisis happened, she could only stand by Gabriel’s side and be a pillar of support. She didn’t think much of the situation, but knew instinctively that she had to help him because of love. From then on, their life took a turn and they started living on a budget.

Keeping to only $2.50 for every meal, they mostly ate chicken breast and rice as they needed to scrimp and save money ‒ buying ingredients like bacon that cost $4 was even considered luxurious back then.

Seeing how Zoey stayed with him despite being in bad shape, Gabriel knew that she was the one for him. After all, only those who truly love you would be willing to go through thick and thin.

Deciding to start their own business The decision to start their own business was pretty much the only option Gabriel and Zoey had. If they opted for a standard 9 to 6 job, they would need to work at least for the next 20 to 30 years without spending a single penny in order to pay off the debt. With that in mind, they decided to pursue being entrepreneurs.

However, as not every parent is supportive when it comes to their child’s decision in life, it was difficult for Zoey’s parents to accept their business venture.

“My parents had expected me to pursue a degree after completing Polytechnic,” Zoey revealed. “That is the “safe” path that they wanted me to take in life.”

On the other hand, Gabriel’s father was pretty much supportive of his decision as long as it was something that he wanted to do. Eventually, Zoey and her parents came to a compromise ‒ she would return to school if things didn’t work out with Gabriel after a couple of years.

Although the businesses they initially attempted failed, Gabriel and Zoey soon learned that those were actually blessings in disguise. Gabriel realised what went wrong with their ventures and figured that he needed to learn about marketing on top of his experience in sales.

“I signed up for classes and even bought books to improve my knowledge,” Gabriel shared.

Soon enough, with the learnings he garnered, it occurred to Gabriel that he could actually offer marketing and consulting services to businesses and generate sales online. This later led to the couples’ decision to establish Ascend Marketing, their current company with over 20 employees.

Being In A 10-Year Relationship & Getting Through A 2.5-Year LDR Taught Me How To Love & Grow Up Separately

How their business took flight 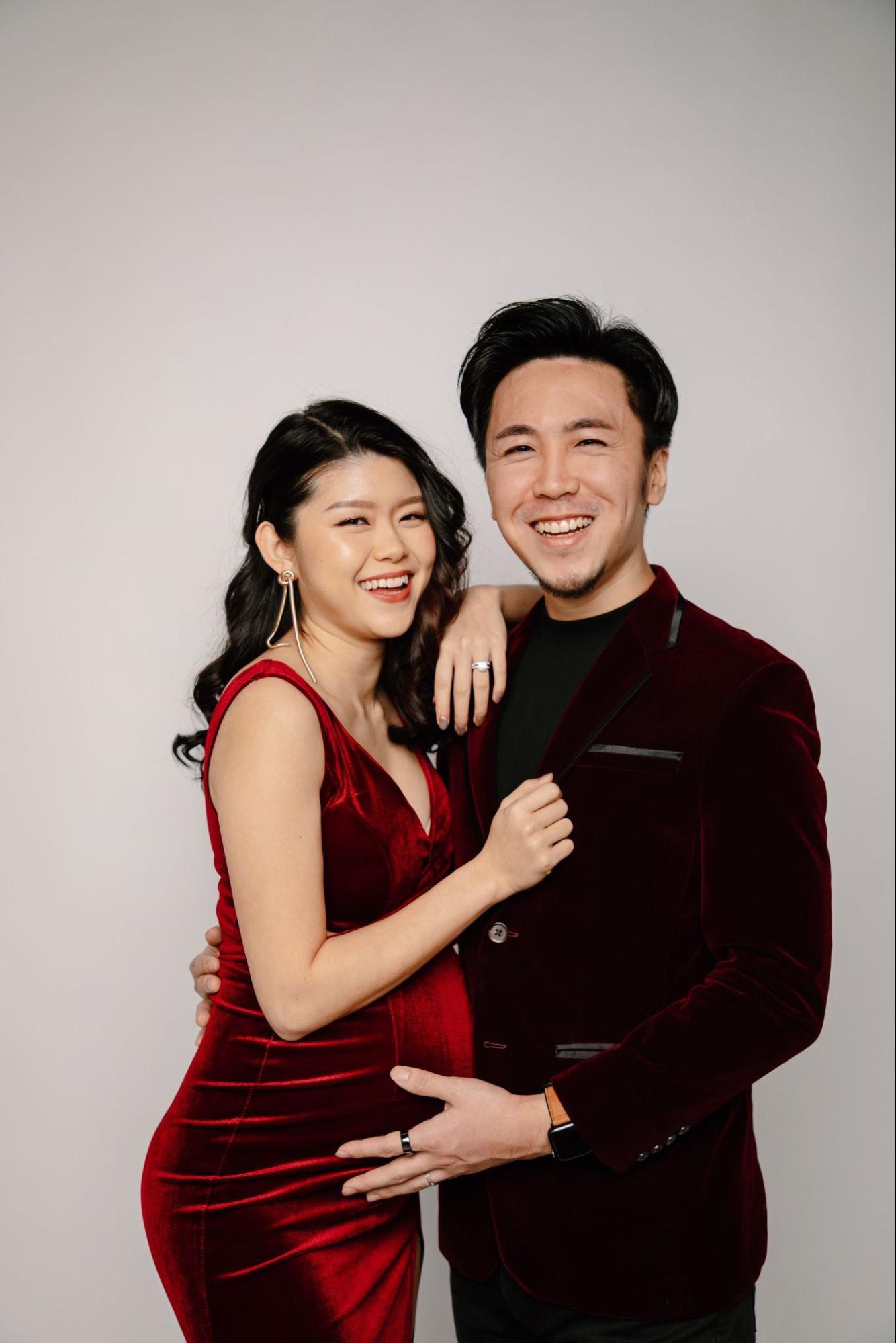 With a new goal and business idea in mind, Gabriel and Zoey reached out to a couple of friends who were good at business to pick up some tips and expand their connections. Gabriel also went the extra mile by actively meeting people whom he met on Facebook groups to seek business advice.

“There are actually a lot of businessmen who are willing to share about their success journey. All you have to do is reach out and ask them,” Gabriel revealed.

Those meet-ups proved useful as they eventually aided Ascent Marketing to gain traction. Gabriel and Zoey also worked perfectly as a team ‒ with Gabriel leading Ascend Marketing as the CEO, and Zoey overseeing operations by keeping employees and their businesses on track.

Thanks to Gabriel’s experience in sales, they also managed to secure clients and ads, and within the next 2 years, the company became profitable. Since then, the company has expanded to having a current headcount of 23, including international hires from Malaysia and the Philippines.

Juggling both business and their relationship 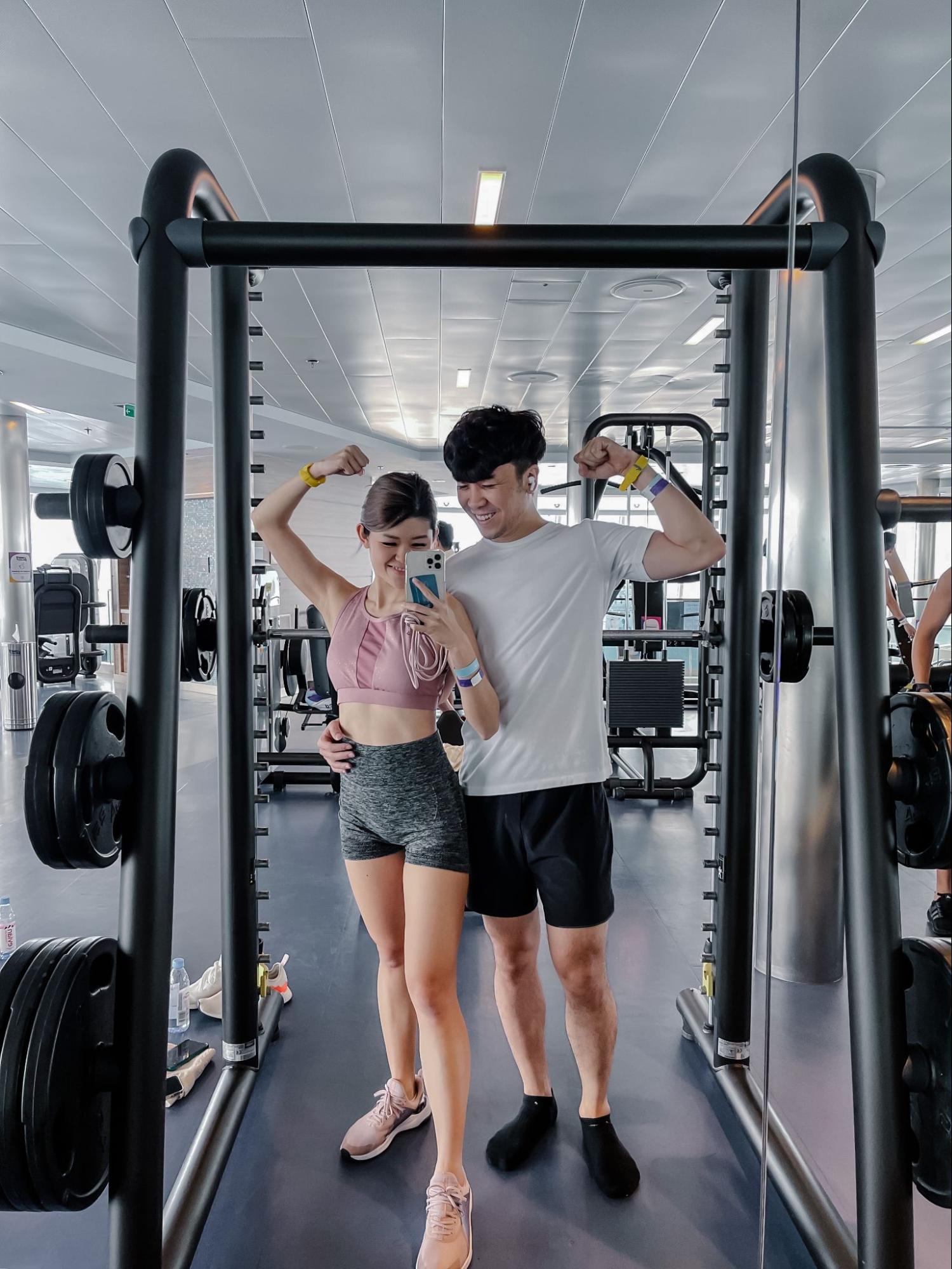 Amidst their newfound success, Gabriel and Zoey inevitably started having their fair share of challenges in maintaining their relationship. In the first couple of years after establishing Ascend Marketing, they struggled to understand the boundaries between business and personal life.

“It took me some time to realise that when I speak to Zoey, I need to know if I’m speaking to her as a boss or as a husband,” Gabriel explained.

Zoey also admitted that they quarrelled often because of the blurred dynamics between them.

Fortunately, she later realised that things didn’t always have to be taken personally ‒ Gabriel was only giving feedback and speaking to her as a fellow worker. Nothing he said was actually targeting her as a person.

Instead of having a work-life balance, the couple also figured that work-life integration was the sweet spot they were looking for. We’re no stranger to the concept of work-life balance, but the latter term refers to blending both professional and personal matters rather than seeing them as different entities.

While Gabriel and Zoey would try to avoid work topics after clocking out, they couldn’t help but share with each other the business ideas they thought of over dinner because they simply enjoyed it.

By doing so, they get to apply what they learn in their business to their lives and vice versa. For example, they see some of their current employees like their children so from their working hours, they also learn how to take better care of their own daughter.

Apart from work-life integration, they also make a conscious effort in planning for their marriage, family, and business by scheduling events with their daughter, themselves, and each other. This way, they get to manage their priorities and even have time for some alone TLC.

“Thursday night is our date night so even if it’s just a simple meal at a hawker centre, we would make the effort to head outside,” Zoey shared.

A stable relationship doesn’t come without any hard work, and it is indeed inspiring to see how Gabriel and Zoey put in the constant effort as both business and life partners.

Future plans and tips for other business couples Gabriel and Zoey might have been together for 8 years but it was only by working together that they managed to see each other in a new light. Over our chat, Zoey shared how she saw Gabriel grow over time and was surprised to see how he thinks in certain scenarios, which made her respect and love for him grow even more.

As for Gabriel, he felt the same because if not for the business, he wouldn’t have known and seen Zoey’s drive, determination, and courage.

When asked for advice to couples who plan to start their own business, Gabriel believes that they should “only do so if the relationship is very strong”. He saw couples in the past who eventually broke up because of the challenges they faced halfway through a business venture.

As for Zoey, she feels that a business can also be a reflection of the couple’s relationship, so it has to be good.

“They need to be aligned with the same values and have the same expectations before deciding to really start a business,” Zoey suggested.

Gabriel and Zoey hope that by sharing their story, they would inspire other couples and break the stereotypes about couples running a business together. Currently, they plan to expand their business by scaling a new software and looking to branch out internationally too.

Through Gabriel and Zoey’s story, they have shown us that it is never too late to start over again, even when you’ve lost almost everything. Their relationship also proves that true love doesn’t just exist, but can also motivate you to rise above and overcome obstacles together.

All images courtesy of Gabriel and Zoey.
Responses have been edited for brevity and clarity.

The Reality Of Dating An “Oppa” In Korea, As Shared By A Singaporean Who Lived There For 8.5 Years