An Educational Therapist With Dyslexia Association Of Singapore

Angeline Daniel was a career woman who used to work as an assistant vice president in PSB Academy. She took a leap of faith to enroll in NTU in a bid to better understand her son with dyslexia.

This is her story. 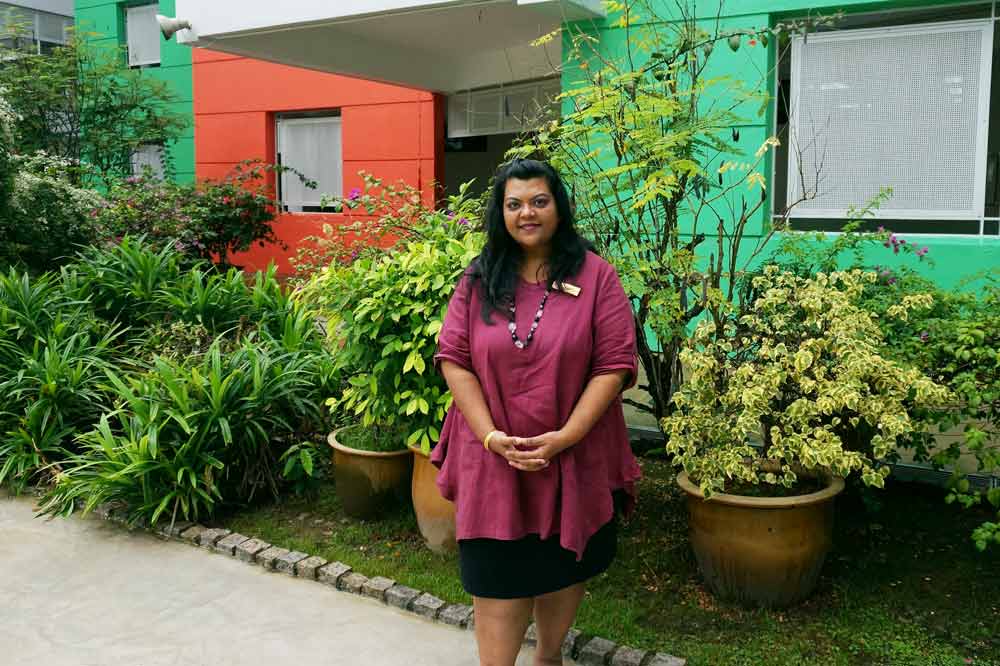 Angeline at Queenstown primary learning centre where she helps students with dyslexia catch up on reading and writing.

Since kindergarten, Jeremiah received feedback from his teachers about how he could not read, write and focus in class. Angeline turned to professionals for help, only to realise her son was diagnosed with Dyslexia and Attention Deficit Hyperactivity Disorder (ADHD).

Upon receiving the diagnosis, she felt a heavy sense of guilt, failure and uncertainty.

“What did we do wrong? We have an older son and we did everything the same for him. I felt angry,” she recalled.

But true to her nature as a problem solver, she reached out to friends from her church community and family. She was not afraid to tell them her son’s difficulties and they were supportive.

I still felt the pain as she recalled how her son could not fit in with the other kids in Sunday school.

She told me other parents had labelled Jeremiah as being inadequate and expected him to be a failure.

She talked emotionally about a Sunday school talent show Jeremiah was in. To her, it was an achievement that he courageously went on stage and performed his part, albeit not perfectly. 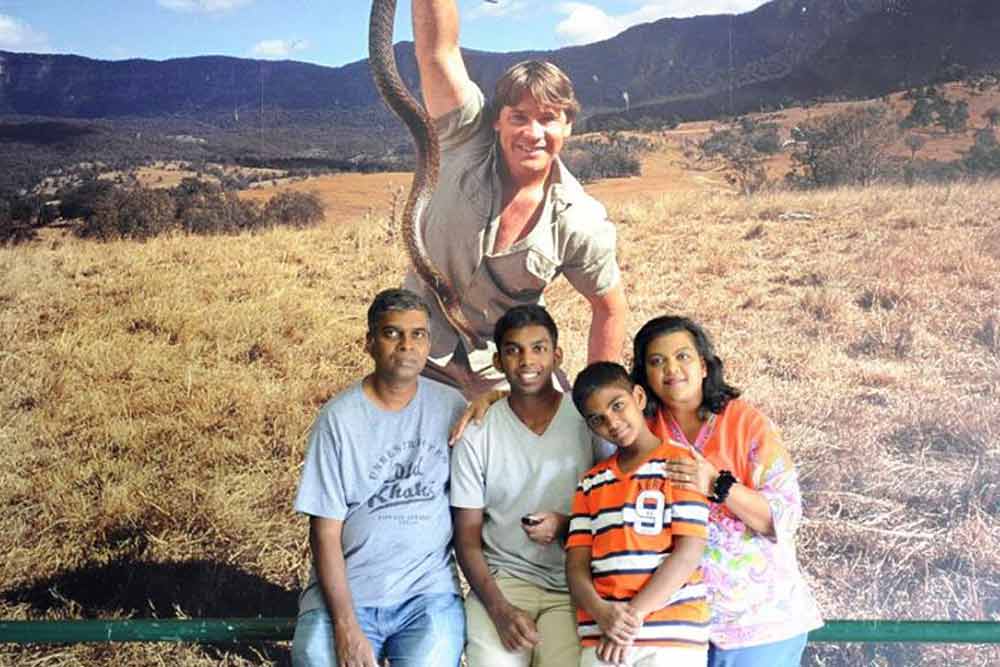 Angeline and her family.

Trying to fix her son

Which is why she went through turmoil when she could not “fix” her son. Her son had displayed a slew of behavioural problems in school. In one extreme case, he threw a marker at a security guard when his friend asked him to.

“My heart sank whenever I saw the school’s number ring my phone. Even my colleagues knew when they saw me look hopelessly at the phone ringing. They often asked,‘The school calling again ah?”

When phone calls happened too often, she inevitably felt like her son was being treated like a criminal in school; his cases were in a folder labelled ‘a case of bad behaviour’ or ‘a case of causing disruption in class’.

One day, the counsellor summoned her to school to talk about her son’s behaviour and it was the last straw for her. She decided to remove her son from his primary school as she felt he was hopelessly condemned a criminal there.

She recounted being in the principal’s office when the principal started by asking her, “Your son isn’t doing well in his studies is he?”

However, she lost it when the principal asked about her relationship with her husband because “usually students who have behavioural problems come from broken families.”

But after a heated showdown, she felt it was best to keep the son in that school.

A breakthrough came when she was in a church camp. The children were playing in a corner when a speaker (whom she had never met) came up to her.

“Stop trying to fix your son, he is not broken.”

At first, she felt angry at the prophetic advice. But in retrospect, she realised how she placed herself at the centre of his problems. Instead, she should have taken a different approach to teaching him.

Midway through our interview, she removed her red-rimmed glasses as she wiped tears away. She told me about how in primary five, Jeremiah won ‘man of the match’ during a school football tournament.

That day when Jeremiah went home, he proclaimed, “I can do it!” The simple award gave him the confidence to study and pass his PSLE. Jeremiah is currently 15 years old. 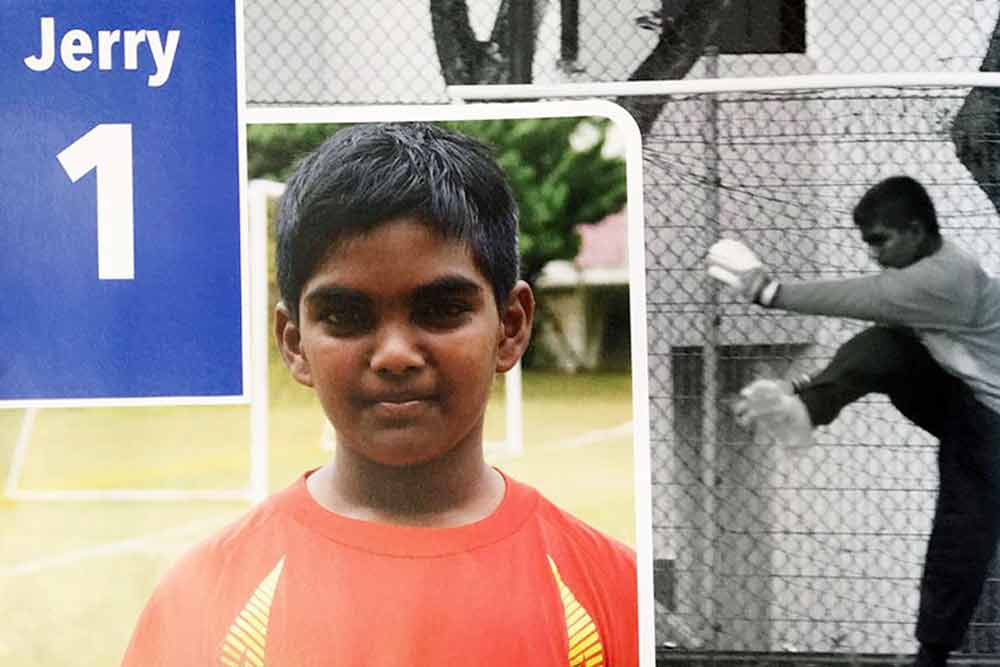 Jeremiah is passionate about football.

Dyslexia is a neurological condition where children have difficulty transferring words they hear into writing as well as difficulty in reading. It affects about ten percent of Singaporean children.

English is particularly challenging for children with dyslexia because it is an inconsistent language. For example, pain, snake, and steak all possess the same vowel sound when pronounced but are spelt differently.

In contrast, languages like Korean have alphabets that are consistent in their phonetics.

Transferring alphabets we read into sounds in our head before speaking them is a process that the mind does in split seconds. It is also second nature to us.

But for people with dyslexia, this task is more arduous.

When they become disadvantaged in our competitive school system, educational therapists like Angeline conduct intervention classes to help bridge the gap of these students’ reading and writing abilities. 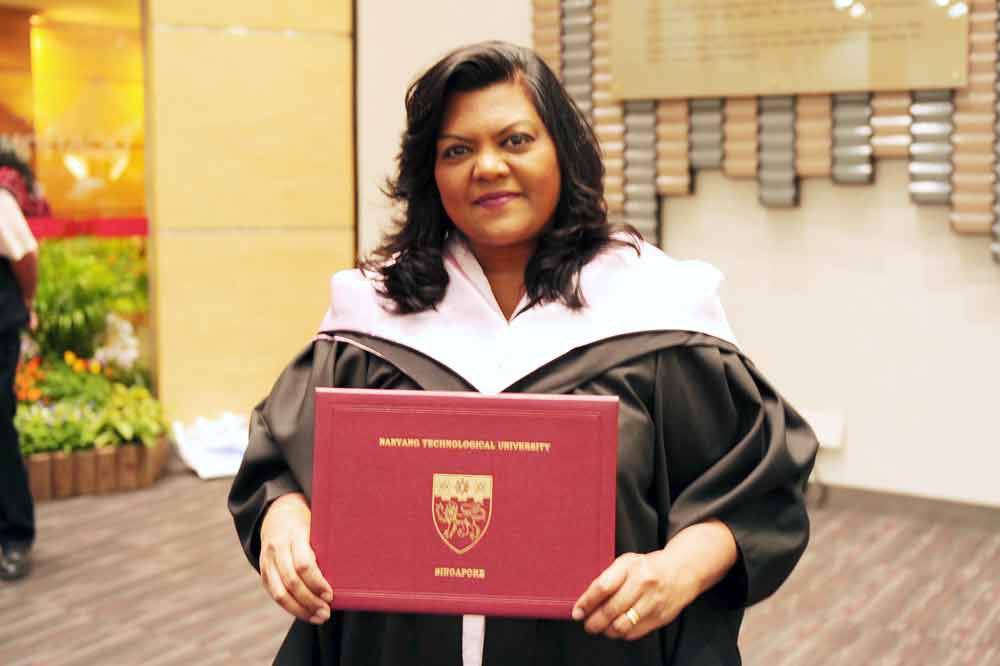 Angeline at her convocation.

Like most mums, Angeline only wanted the best for her children.

Jeremiah is very different from his older brother and this must have caused frustration for her. There is so much pressure to perform in Singapore and parents always feel responsible for their children’s success.

The frustration led Angeline to leave her high flying career at PSB Academy to pursue a Masters of Special Education at NTU(NIE).

In a bid to better understand her child, helping other children with dyslexia became her career.

You can find out more about dyslexia on the Dyslexia Association of Singapore’s website.

Know an inspiring woman with a story to share? Write to us at hello@zula.sg.