While society is progressing and old-school notions about gender roles are evolving, there’s still a lot to be done when it comes to achieving gender equality between men and women in Singapore. Stories of women being overlooked for promotions and subjected to discriminatory remarks are still commonplace, as shared by participants at a recent dialogue discussing issues Singaporean women face at work.

We spoke to some female supervisors in Singapore to find out about the struggles they’ve faced when managing male subordinates, as well as their top tips on overcoming them. These tips include talking to women who are going through similar experiences and seeking advice from professionals through networking circles. By speaking up and sharing our stories, we can create a better environment for women, at work and beyond.

Names have been changed to protect identities.

Impostor syndrome refers to an internal experience of believing that you are not as competent as others perceive you to be. The term can be linked back to psychologists Suzanne Imes and Pauline Rose Clance, who first coined the term “impostor phenomenon” in the 1970s after conducting research on high-achieving women. 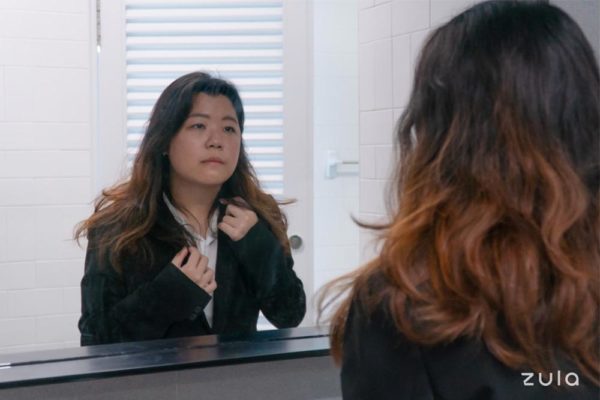 “When I first had to step up [and move into] a managerial role, I faced many internal doubts. This is especially because I had to supervise a team mostly made up of males who are older than me. Because of my age and gender, I felt like I was not suitable to be in command and that it would take a lot more effort to get the team to listen to me, compared to if I was an older male.”
—Naomi, content strategist, 25

“Impostor syndrome is real and will plague any new manager regardless of gender. But because society has enshrined certain perceptions of females in the workforce, we might face challenges internally in viewing ourselves capable enough for leadership and prefer to take on more backseat and supporting roles.”
—Jane, communications manager, early 30s

Tips to overcome this: “Do not be too hard on yourself, focus on learning more from the male subordinates’ perspectives and knowing them in-depth on a personal level. When you find yourself feeling inferior, assess whether it’s internal or external factors causing it. If you find that you need to self-improve, work on it. If you believe that you’re doing well and it’s just external factors undermining your efforts, talk to them and find out why or how you can do better.”
—Mia, civil servant, 24

2. Being perceived as too emotional 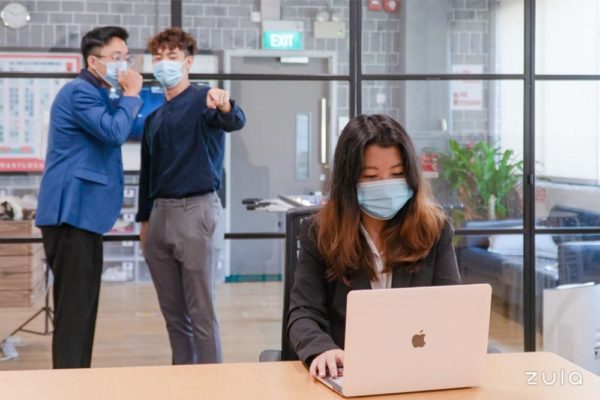 Tips to overcome this: “Fall back on numbers and statistics to prove a case. Try to find the most objective way to make a case for what you’re trying to prove or highlight. Nothing beats cold hard facts and a dash of statistics to prove that this decision isn’t an emotional one, and it is well-thought-out and researched. In time, subordinates will respect that, and return the favour.”
—Jane

3. Having to work harder to gain respect from male subordinates

“As a female supervisor, you have to work harder to gain respect and authority that is automatically given to a man in the same position. For example, male subordinates might double check workflows and processes when they come from you but take similar instructions at face value when they come from a male colleague.

Mistakes also cost more, especially if it’s related to something technical. An honest mistake from a male manager will be seen as a sign of incompetence when it comes from me.”
—Sophia, human resource manager, 37

Tips to overcome this: “It was difficult to gain [my male subordinates’] respect since I’m in a male-dominated career. It felt discouraging at the start, but I told myself that it’s just a phase and I need to gain their respect by leading by example. Eventually, they recognised my efforts. They knew that I acknowledged my weaknesses but was willing to compensate for them.

After proving to them that I am capable, humble and ready to learn with them, we had a great working relationship. It goes two ways, so ultimately it’s about how I took time and effort to know them personally so that we can be on the same page with the same goal.”
—Mia 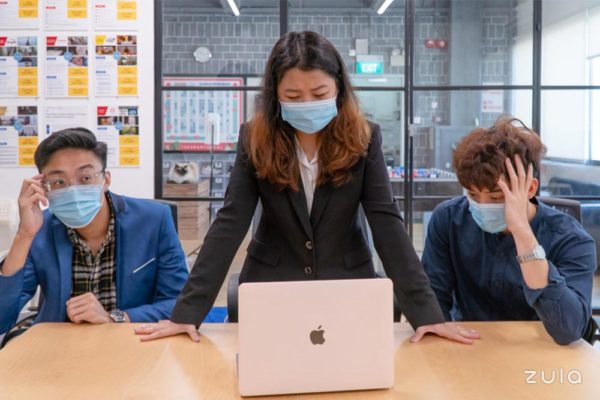 “At times where I have to be firm to the team, I often stress over how to get my point across without coming off as too ‘bossy’ as I’m aware that there is a societal stereotype that women bosses tend to come off as bossy.

In addition, when guys come together, they often start jokes and banter. While it is entertaining to watch, it can be a little intimidating to jump in and stop. There have been times when I needed the team to be attentive and serious, but found it a bit hard to ‘calm’ them down.”
—Naomi

Tip to overcome this: “Regardless of gender, our role is to guide our team to their highest potential. It’s best to just focus on that goal, and not let societal stereotypes and internal doubts prevent us from doing so. I also once read something that helped me a lot—sugar-coating negative feedback for fear of being ‘disliked’ is actually being selfish.”
—Naomi

“If you fear trying to confront the whole group, break them up into sections and talk to them individually. This will make their responses very different since they cannot conform to the majority and will speak their mind.”
—Mia

5. Being subjected to insensitive and inappropriate comments

“During my first camp [in my new position], some trainers jokingly commented that I’d hooked up with the camp chief in order to be promoted from trainer to manpower executive. I just laughed and dismissed it. I knew I got here because of my own capabilities. However, it was still hurtful because the comment came from a male friend and colleague who was close to me.”
—Sherry, outdoor camp manpower executive, 23

“I’ve received a lot of condescending ‘compliments’ such as ‘You know a lot about this topic for a woman.’ I used to do a lot of recruiting in tech, so I interviewed and hired software engineers. While I am not super tech-savvy, I have to know the basics like tech stacks, software development methodologies and different functions. Acting like they were surprised that I know these basics felt pretty condescending to me.”
—Sophia

“While I myself have never been the target of negative stereotypes, I’ve heard remarks about female managers that were negative. For example, “She works so late as she is single and has nowhere else to go.”
—Isabel, marketing manager, 37

Tips to overcome this: “I always remind myself that respect is earned, not given. I tell myself to carry my own weight and do my work properly to show my male subordinates that I am capable and should be respected. Over time, once people see that you know your stuff, they won’t mess with you.”
—Sherry

6. Encountering people who automatically assume your male subordinate is the boss

“The first couple of times that people automatically assumed my male subordinate was the boss during external meetings, I brushed it off easily. However, annoyance built when I realised this was going to be a thing in my professional life. It’s sometimes subtle so immediately pointing out that you are the boss may not be the best approach.”
—Sophia

Tips to overcome this: “The only way to handle it is professionally. You let them come to the realisation that you are the decision maker as the discussion progresses. Other times, having awesome male team members will shut this down quickly and immediately. Just a simple ‘You should be asking her’ goes a long way.”
—Sophia

7. Having to appear more “manly” to fit the image 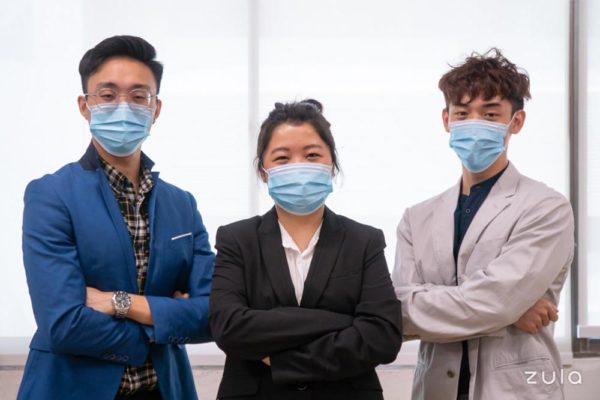 “There is a struggle to balance my authentic self against the expectations of what a manager should look like, especially when I was younger. Back then, my bubbliness and high-pitched voice were a detriment to being seen as a figure of authority. Should women have to lower their voices, dress in a certain way and speak in a certain way to be respected equally at work? Beyond being professional, that’s what many women in the corporate world choose.”
—Sophia

Tips to overcome this: “Receiving active tips from professional networking circles and applying them in the workplace helped me to overcome this struggle. Before the COVID-19 pandemic, Lean In used to have monthly events focused on issues women faced at work. At these events, participants were broken off into smaller groups to share experiences, tips and success stories. Having my worries validated and receiving actionable tips on resolving them really helped me.”
—Sophia

These Female Supervisor Struggles In The Workplace Shouldn’t Be Overlooked

As Sophia mentioned, hearing from others with similar experiences, and having these shared struggles validated, can empower women to work together and overcome these challenges. While female bosses might be more common these days, these female supervisor struggles prove that there are still many overlooked gender barriers in the workplace.

Singaporeans can participate in discussions on online platforms such as the one recently hosted by the National Youth Council, a 3-part virtual dialogue series titled “Conversations on Singapore Women’s Development”. During the sessions, Singaporean youths shared their insights, feedback and solutions on issues related to Singapore women’s development in schools, home and community, and the workplace.

If you wish to play a part in fostering a better environment for women, join the conversation on Youthopia. And, jio your friends and family to get involved too.

No matter how big or small, every voice will be recognised. All feedback from these sessions will be submitted to the government and lay the groundwork for a White Paper to be published later in the year. Together, we can come together to lift up and protect women, for a more inclusive society.

Make a difference and join the discussion on
how to further empower women in Singapore!

This post was brought to you by the National Youth Council.
Photography by Clare Ong.

9 Struggles All Female Gamers Can Relate To