Apart from Pink Dot that happened earlier this month, the LGBTQ community in Singapore has another win to celebrate ‒ the success of Singapore’s first BL web drama Getaway which recently concluded its first season.

On top of being a semi-local production and having an openly queer cast, Getaway also caught the eyes of both Singaporean and international audiences with its original story. If you’re interested to learn more such as the issues they faced in making the series, here are 10 interesting Getaway BL web drama facts.

Warning: Spoilers for Getaway ahead, proceed at your own risk if you’ve yet to watch the web drama!

1. The drama was shot in just two days 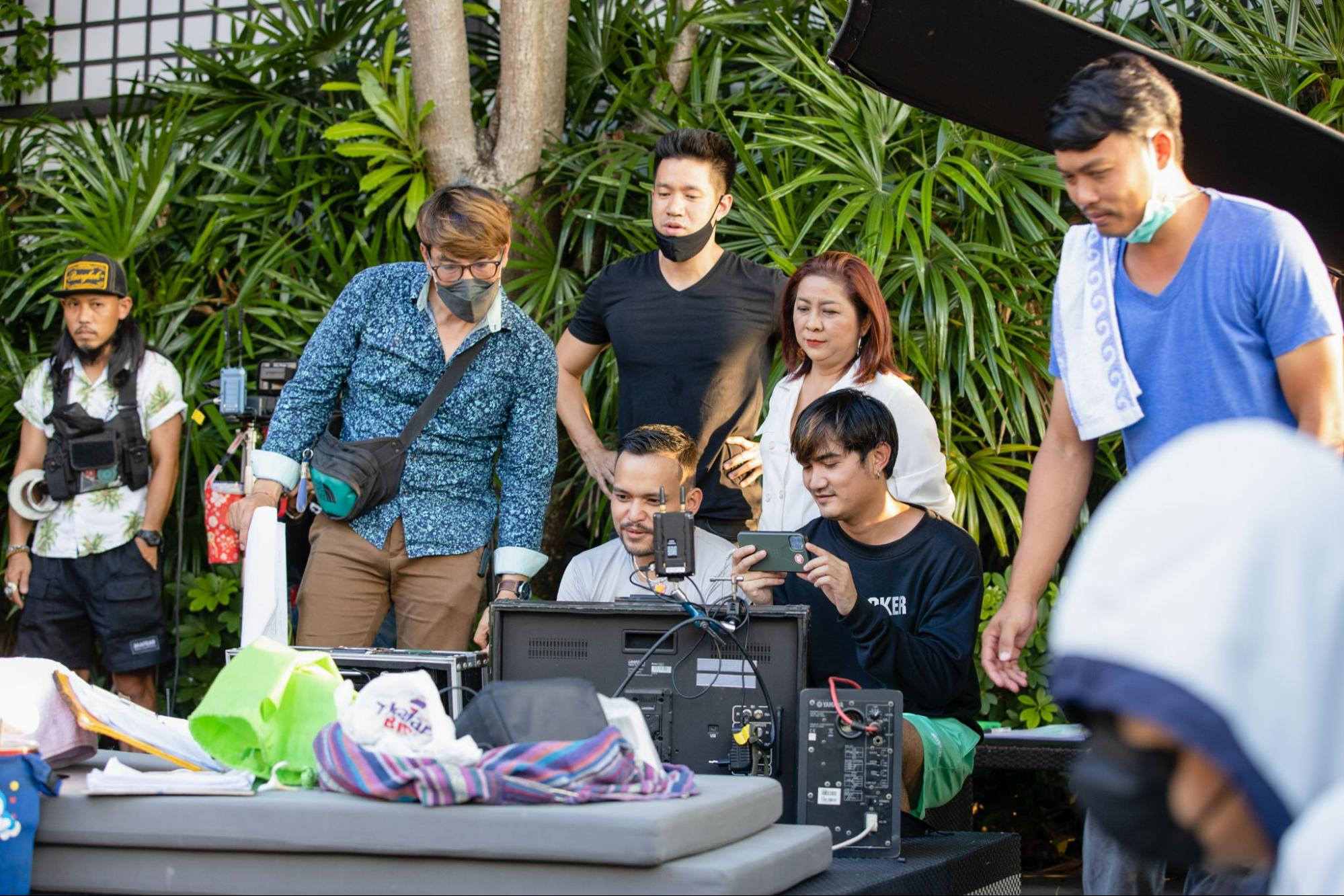 Believe it or not, it took Getaway’s production crew of 18 people a total of just two days to complete the filming of the web drama. Due to time constraints, they only had very limited takes per scene.

As the production crew was exhausted from the non-stop 48 hours filming, there was actually a staff member who even fell asleep while standing, causing a loud crash and shocking everyone. Yikes.

2. Hirzi is the only cast member not based in Thailand You might have noticed a familiar face in Getaway ‒ Hirzi Zulkiflie, a Singaporean YouTuber who is also the first-ever Muslim ambassador for Pink Dot. He plays the role of a jealous boyfriend who caught his partner cheating in the first episode of Getaway.

According to Dear Straight People, Hirzi is actually the only actor who isn’t based in Thailand, and they had to fly him over just for the filming. Although his character only appeared for a short while, we won’t be surprised if he returns for the next season.

3. Two of the cast members previously acted in gay web dramas too 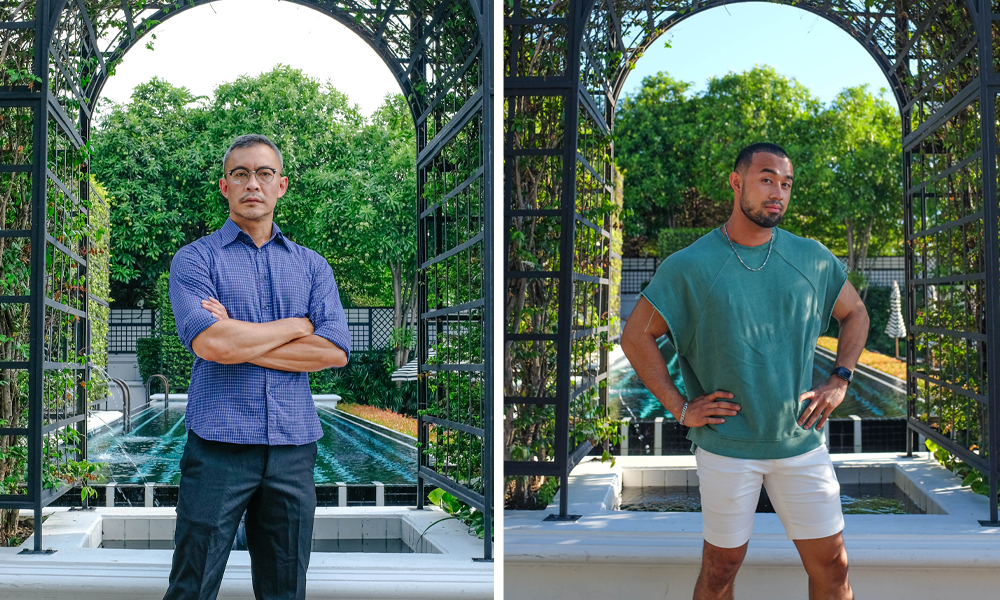 Among the cast of Getaway, two of them have previous experience acting in gay web dramas ‒ Steven David Lim who acts as Sam’s conservative father in Getaway was part of People Like Us, while Snooker – who plays Top – previously acted in Gay Ok Bangkok.

As both gay web dramas were produced by HIV organisations, they have similar lessons on raising the awareness of health issues like HIV, PrEP, and STDs. 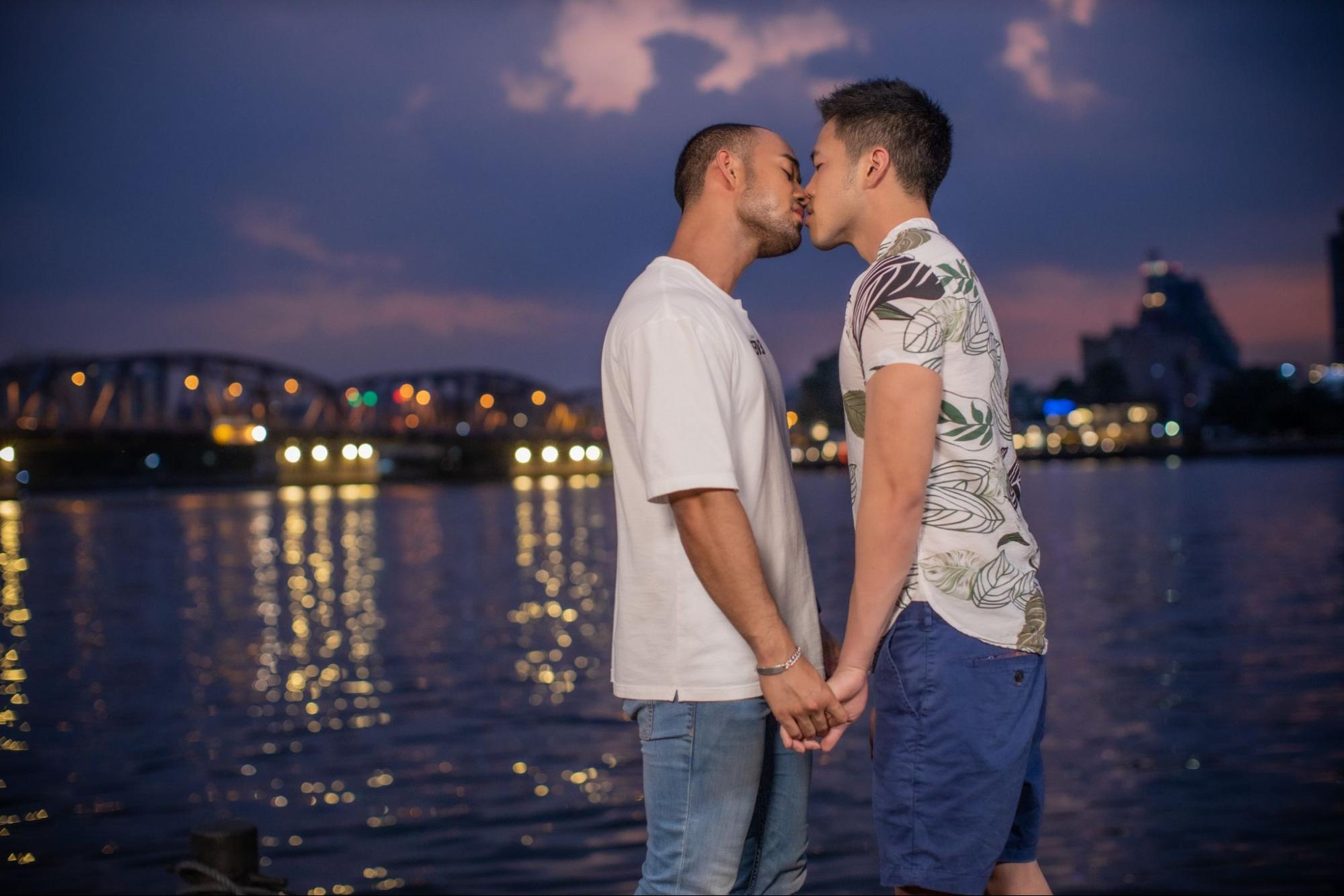 Getaway might be Dear Straight People’s first production, but the first 3 episodes of the series have garnered more than 100,000 views each. Currently, the first episode has more than 250,000 views, and the numbers are still growing.

Numbers don’t lie, which suggests that there is a growing interest in the BL genre.

5. The slap in the first episode was real 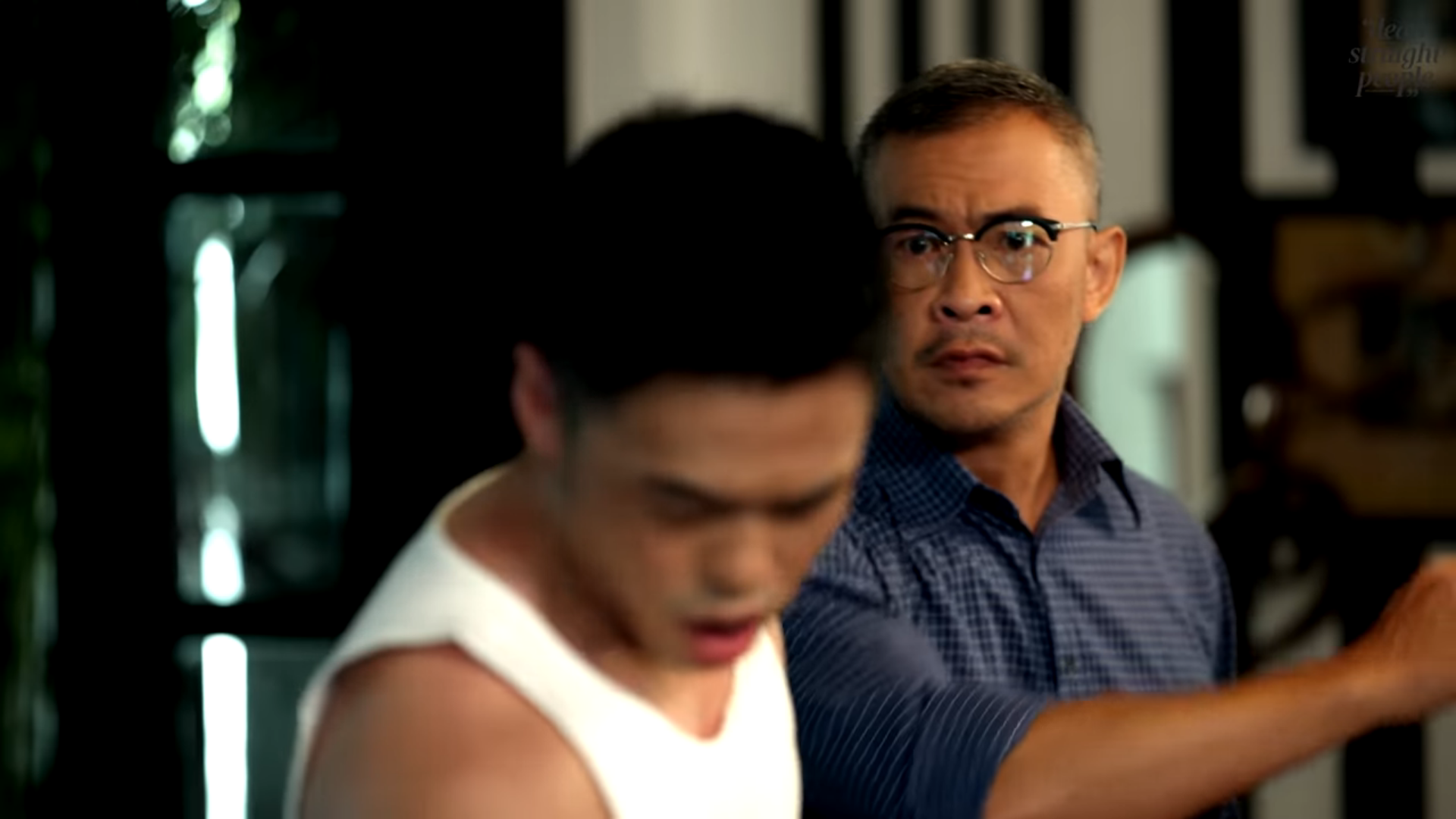 Not every parent is accepting of their child being gay, and when Sean’s character Sam, came out to his father, the latter was so angry that he slapped Sam.

Dear Straight People shared that the slap wasn’t originally part of the script, and Sean only added it in after Steven jokingly suggested it. Well, it looks like things turned out for the better as the slap aptly shows the disapproving reaction of some parents IRL. 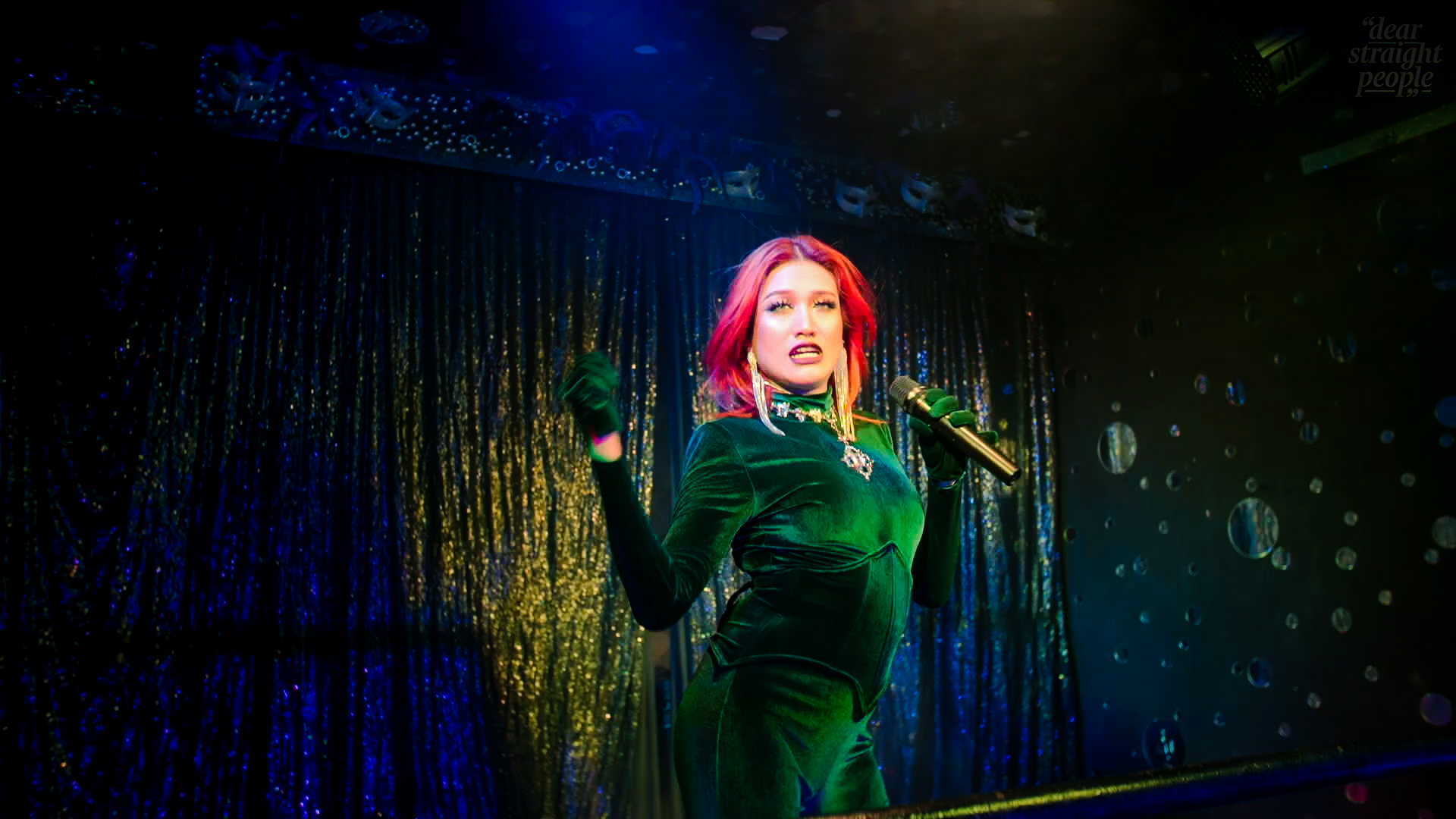 For those who’ve watched the series, you might recall Zymone as the well-connected drag queen who hosts great parties in Getaway. It turns out that she is an actual singer IRL who participated in The Voice Thailand Season 5. Showing off her singing, she performed her original song ‘Welcome To My World’ in episode 2 of the web drama.

Apart from Zymone, another LGBTQ artist was also featured in Getaway ‒ Singaporean singer Lewis Loh. For starters, his song ‘Loved You So’ was featured in the last episode of Getaway, and he also sang the LGBTQ National Day cover of ‘Home’ in 2017. 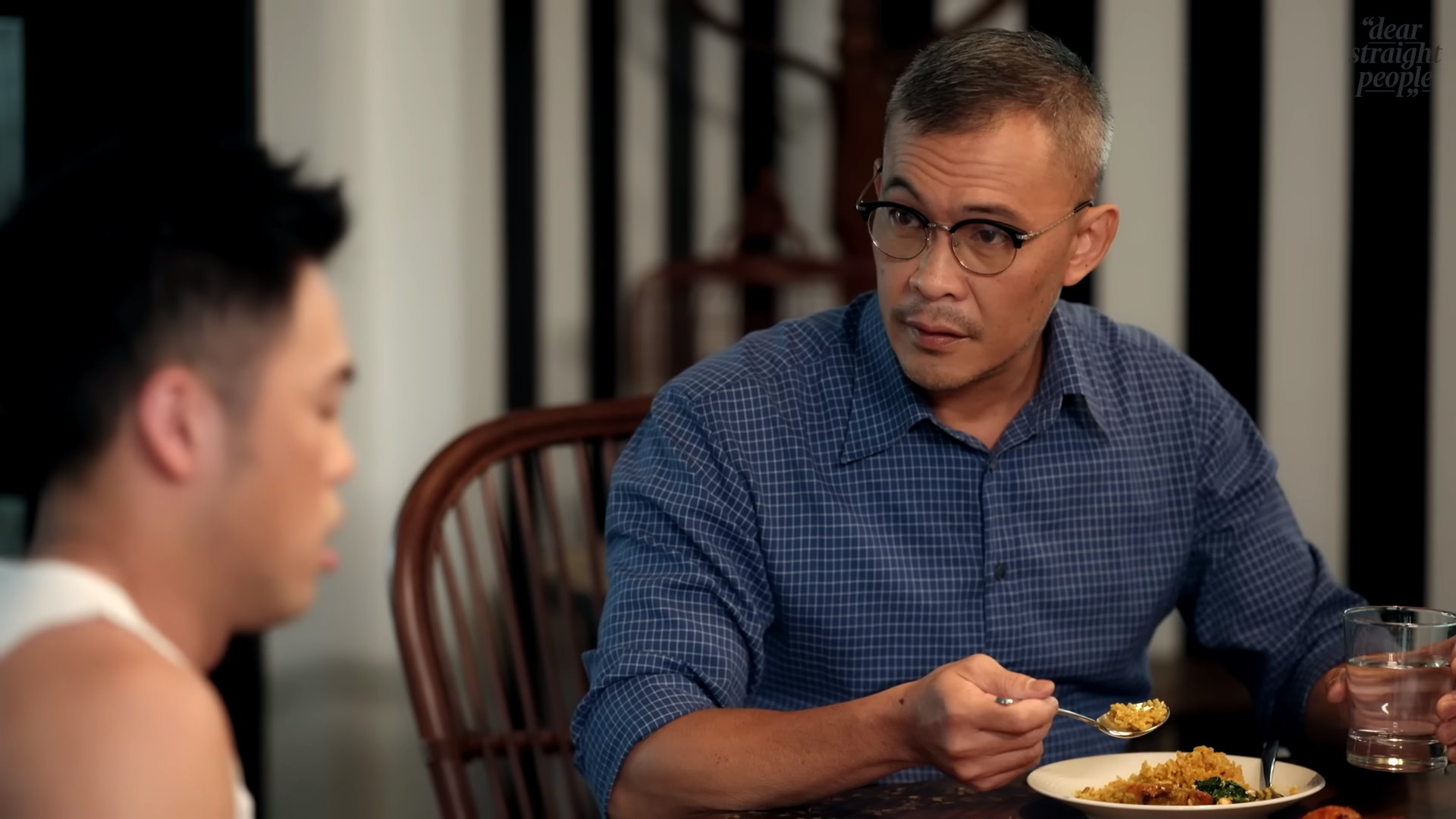 Singapore doesn’t have many openly gay actors but for those who didn’t know, Steven David Lim is one of them. He is best known for his role in Mediacorp’s “Growing Up” TV series, which had a total of six seasons that aired from 1996 to 2001.

Doubling as an acting coach for the Getaway cast, Steven made use of his past experience to help out by sharing tips and advice on set. 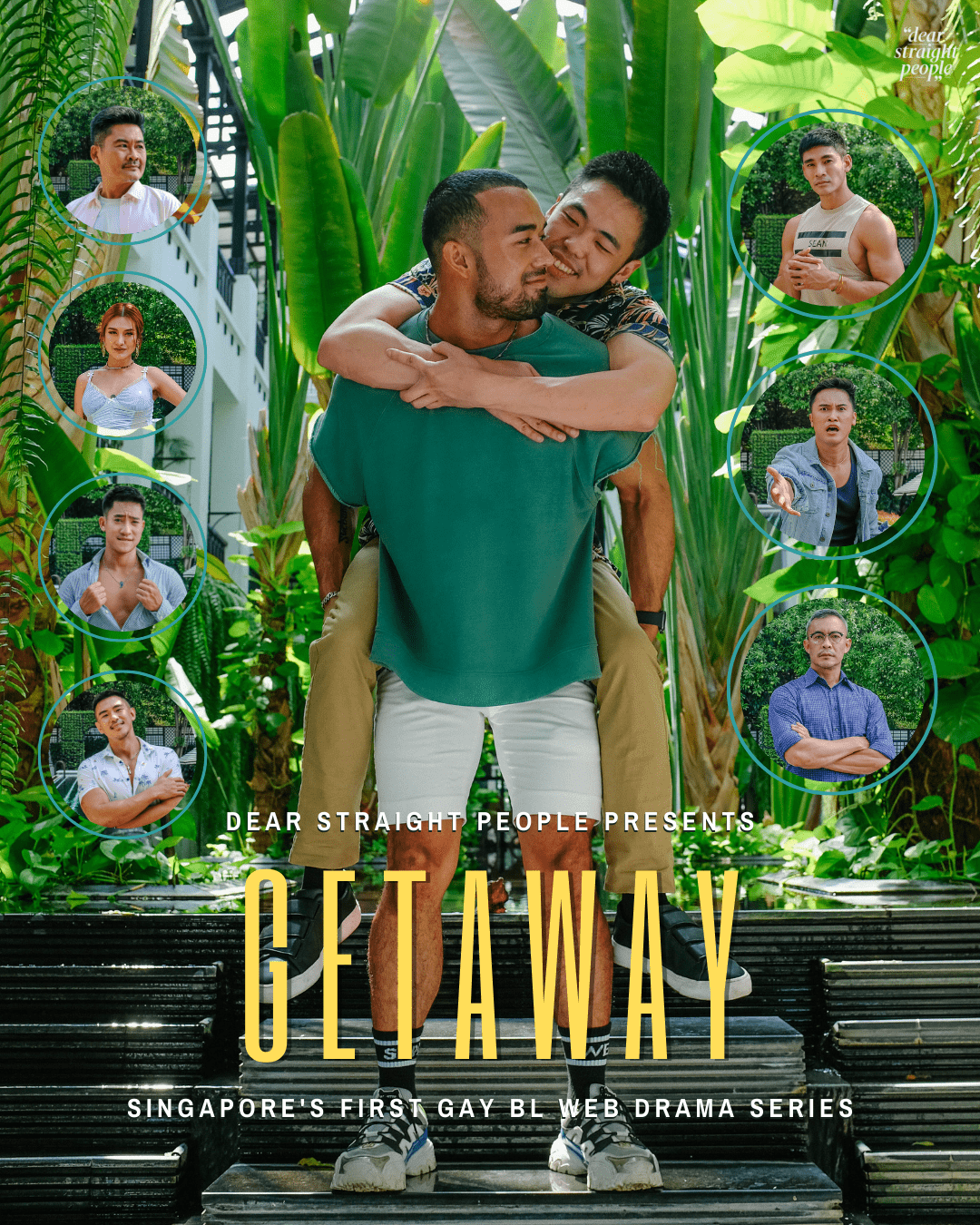 Chances are that the Dear Straight People team had no idea that Getaway would make such an impact in the LGBTQ community – to the extent that they have been invited to attend Pride events at Google, Facebook, and YouTube offices this year.

It’s no surprise considering the web drama sheds light on issues the community faces such as family disownment after coming out. Maybe in the near future, we can hope to see more companies making the change to be more inclusive as well.

9. Getaway has attracted an international audience Despite being a local production, Getaway has attracted an international audience beyond Asia. Fun fact: the episodes have Spanish and Italian subtitles provided by volunteers and they prove how the web series appeals to people from different walks of life.

10. It was a challenge to get Singapore sponsors onboard #SupportLocal has been embedded in the minds of Singaporeans for quite some time now. But, while some Singaporean companies were keen to be part of Getaway, many were concerned about the legal implications of supporting a gay drama.

This brings to light how difficult it still is for LGBTQ projects to receive support in Singapore, due to anti-LGBTQ censorship laws and Section 377A. If you noticed, many sponsors of Getaway were actually foreign companies from Thailand, which is currently edging way closer to legalising same-sex marriage as compared to Singapore.

As much as Getaway is filled with plenty of romantic and comedic moments, the issues faced by the characters as LGBTQ members shown in the web drama shouldn’t be ignored. While we hope for a more inclusive Singapore, you can also show your support by participating in the crowdfunding campaign by Dear Straight People.

With the funds, they hope to produce the second season of Getaway, which could potentially address the future of Sam and Top’s relationship and re-introduce characters like Top’s ex-boyfriend Dr. Big and Hirzi’s character, who had minimal screen time in Season 1. For more information, you can watch the crowdfunding video and visit the crowdfunding page here.

All images courtesy of Dear Straight People unless otherwise stated.