Being LGBT+ in Singapore is not a walk in the (Hong Lim) park. Unless you have the confidence of Beyonce, much of your adolescence would’ve been spent in the closet.

From the fear of coming out to trying to find love, we talked to 17 LGBT Singaporeans on their struggles and experiences growing up queer.

1. Confusing people when they enter the bathroom

Being genderfluid, I dress in a pretty androgynous manner. Because of this, I’ve been scolded by aunties on more than one occasion, “Ah boy ah, why you go to girls toilet?”
Ash, 21, genderfluid

But never drama club, because that would be too obvious.
Joshua, 25, gay

In my boys’ school, I did traditionally masculine things such as roughhousing and playing football, even though I hated sports. I was just trying to cover up the fact I was gay by being extra masculine.
Ryan, 21, gay

4. Covering up your attraction to girls by pretending to obsess over boys

I overcompensated for my attraction to girls by constantly talking about being thirsty for boys. It worked a little too well, and I ended up with a fake reputation as the school slut.
Jennifer, 20, lesbian

5. Hiding your crush on a straight classmate by pretending to hate them

6. Never hugging your own female friends

I went to an all-girls school, where everyone was touchy, always holding hands, hugging and leaning on each other. But I, on the other hand, was always standoffish because I was worried what others might think if they knew I wasn’t straight.
Emily, 19, bi

7. Desperately wanting to be friends with the only out kid in school

In secondary school, I was so excited when I heard rumours about a girl in my level being a lesbian. I was in the closet, had no queer friends and wanted someone I could relate to. One year later, she was my first girlfriend and first love.
Sarah, 20, bi

8. Being paranoid about someone you know seeing you at Pink Dot

9. Forcing yourself to try to enjoy dating guys

10. Relatives on CNY asking whether you have a boyfriend yet, when your girlfriend is sitting right next to you

11. Laughing along to homophobic jokes because you’re still in the closet

12. Getting stares when you hold hands with your partner in public

My girlfriend and I get disapproving looks whenever we go out, which we’re used to by now. In our first year of dating in Sec 4, we passed another queer couple holding hands, and shared with them smiles of encouragement.
Alison, 18, queer

13. Being in a straight relationship as a bisexual and people thinking you’re ‘over your phase’

It’s called being bisexual for a reason.
Dana, 19, bi

14. Wearing nothing but flannels for two months

I had just come to terms with my identity as a lesbian and felt like I had to dress the part for the world to know. So I stopped wearing dresses and makeup and donned short hair, flannels, and snapbacks.

I hated it, and am much happier now as a femme lesbian. Still, hearing “but you don’t look gay” is exhausting. 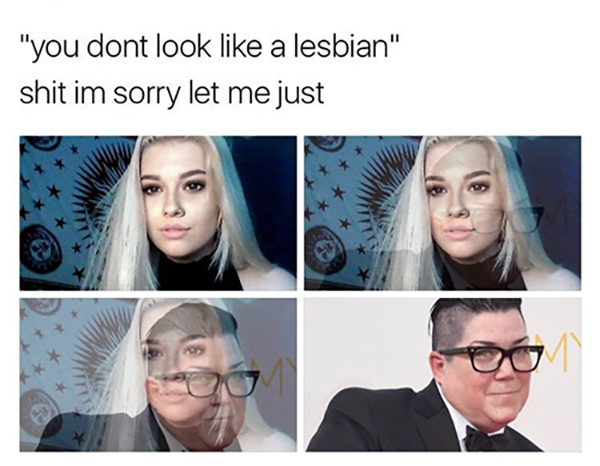 15. Praying to God every night to not make you gay

17. Finally realising how to love yourself

After years of lying to friends and to yourself, you chose to stop living in fear.

You realise you have nothing to be ashamed of, and anyone who judges you isn’t worth your time anyway. And suddenly, everything starts getting better from there.

If you’re a queer kid and you relate a little too much, hang in there. If there’s one thing I’ve learnt from my hot queer mess of adolescence, it’s that it really does get better.