Valentine’s Day is upon us, which means more chocolates, bouquets, candlelit dinners, and other public expressions of love for those happily attached.

But not all couples have the luxury of being openly lovey-dovey on this special day, especially couples of the LGBT community. From disapproving stares to judgemental comments, being in a homosexual relationship is still not accepted by all in Singapore’s conservative society.

As a celebration of all types of love this 14 February, we thought we’d shed a light on the struggles LGBT couples go through and show how ultimately, love does triumph all.

1. “We met in a camp where we were both working over the holidays.” 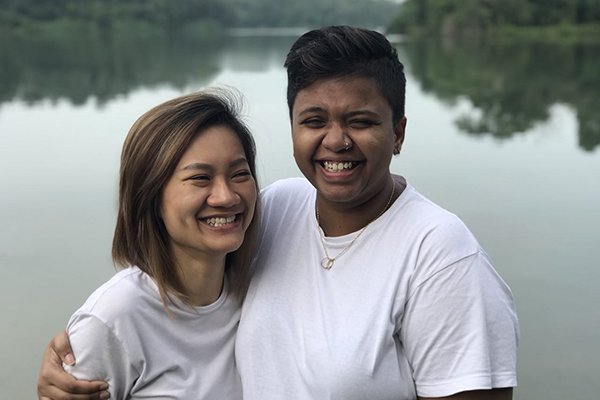 El and I met at a camp we were both working at over the holidays. It wasn’t love at first sight but, as cliché as it sounds, I felt like I had known her forever when I first saw her.

We started going on dates but I had to leave for further studies in Australia soon after. We carried on a long-distance relationship (LDR) for three years between Singapore, Australia, and China.

While the LDR wasn’t easy for us, it helped us learn to love and accept each other more. Once we managed to cross that hurdle, the other obstacle was to tell our parents about our relationship.

It was difficult to have them accept me or the relationship but in the past year, they’ve started to warm up to the idea and I’m truly grateful for how things are turning out.
Lav, 30

2. “We met in our CCA and started hanging out.”

Paolo and I met in our CCA NP Voices around April 2017. He was struggling to fix a prop for a performance and I went over to help him. I cheekily said he owed me a favour and asked for a date. To my surprise, he said yes and that’s how we started dating.

We’ve been officially together for close to two months now, but the biggest hurdle in the relationship is finding the time to be intimate with one another.

While my family is okay with my sexuality, Paolo’s family isn’t. Coupled with the fact that most of the public is still quite conservative towards LGBT relationships, we don’t get to be affectionate with each other in public either.

Nonetheless, knowing that I have someone to lean on during hard days is something I will always be grateful to Paolo for.
Alden, 17 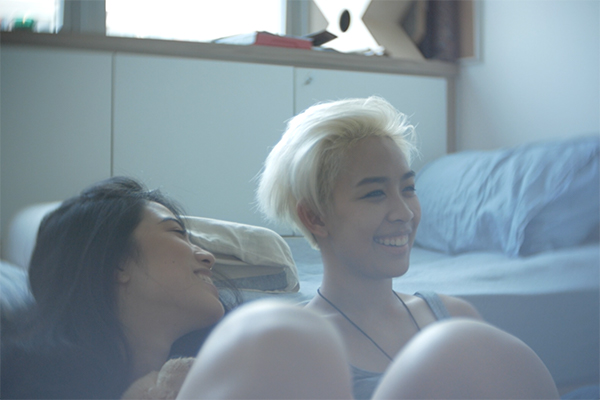 Xener and I met early last year where I was a regular at the acai cafe she worked at. We started DM-ing each other on Instagram and got closer from there.

Initially, we chose to remain friends because I was still stuck in a toxic relationship with my ex. But after Xener made a convincing argument about me deserving better, we quickly got together soon after.

Our relationship hasn’t always been smooth-sailing since her parents and some of her friends were against our relationship. But Xener stood up to them and fought for us, which I am still so touched by today.

With Xener, I feel comforted and assured in a way that I’ve never felt before. We both understand we’re flawed and we’re learning to love each other better every day.
Jean, 22 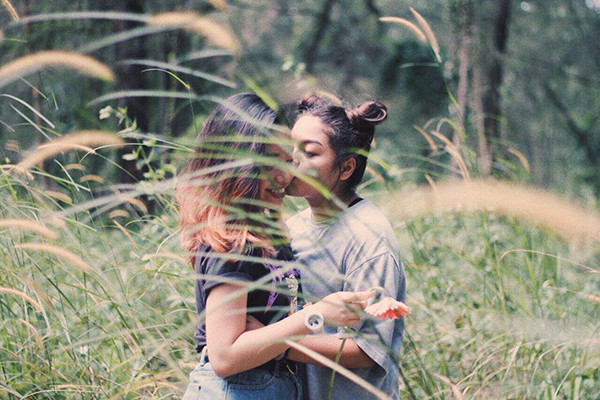 We first met in Year 1 but to be honest I didn’t really like her at first. But after we started talking, our friendship blossomed very naturally from then on.

I knew I liked her a lot because I would always wait for her to end dance practice just so I could spend time with her. We’d also Skype every night after spending the whole day together in school.

Like many other couples, we have our fair share of fights and arguments. Sometimes, I think there’s twice the drama being in a lesbian relationship because we’re two sensitive and emotional girls.

That aside, our one-year relationship has been going well so far. Our love languages are compatible and we’re very appreciative of what the other person does and says.
Danisha, 19

Thomas and I met on a gay dating app in Myanmar in September 2014. At the time, there wasn’t a platform for LGBT people to meet, so meeting strangers online was the only way I could connect with others of similar orientations.

At first, I saw dating him as a one-off thing because I had to return to Singapore. But after our first hangout, I sensed we had great chemistry and thought to give the LDR a chance. Thankfully, it all worked out and we both live in Singapore together now.

Having said that, Thomas still travels frequently due to his job, and our relationship takes a hit every time he’s away. Sometimes, I grow frustrated but he’s been nothing but patient and understanding.

As we celebrate three and a half years of being together, there’s really nothing I would change about our relationship. Distance is nothing compared to the love we have for each other, and I look forward to many more years together with the love of my life.
Zarni, 22

6. “We met online, and she asked me if I wanted to grow old together.” 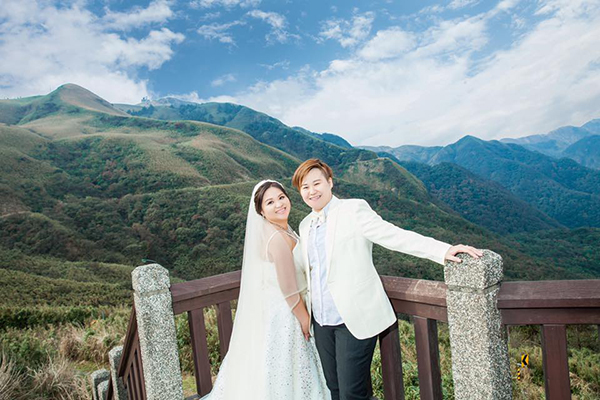 Krys and I first met on Facebook and we started exchanging numbers and chatting like normal friends. After talking for a month, we started going out on dates and one day, she gave me a commitment ring and asked if I wanted to grow old with her.

I said yes and we flew to Thailand to have our wedding ceremony in the presence of monks and close friends. Thankfully, our friends and family have been overall supportive of our relationship, which has lifted the burden off us tremendously.

The best thing about being with Krys is how she dotes on me and treats me like a princess. We rarely fight, but when we do argue, we’re good at putting our differences aside and solving the problem as fast as we can.
Maitri, 34

No matter what gender or sexual orientation you are, everyone is entitled to the universal feeling of being loved and loving who they desire.

So don’t be too quick to judge if you see a same-sex couple walking down the street. Happy Valentine’s Day everyone!