Earlier this year, Hello Kitty and Gundam came together to create 2 limited edition figures to celebrate both brand’s respective anniversaries. The collaboration must have been successful, because hot on its tails come 2 more model kits from Sanrio and Bandai. This time around, the Hello Kitty x Mobile Suit Gundam figures are even cuter than ever.

First up, we have Hello Kitty x MS-06S Char’s Zaku II from the SD Cross Silhouette series. For those of you who are just here for the cute factor and have no idea what these words mean, fret not. All you need to know is that the end result is super adorbs. 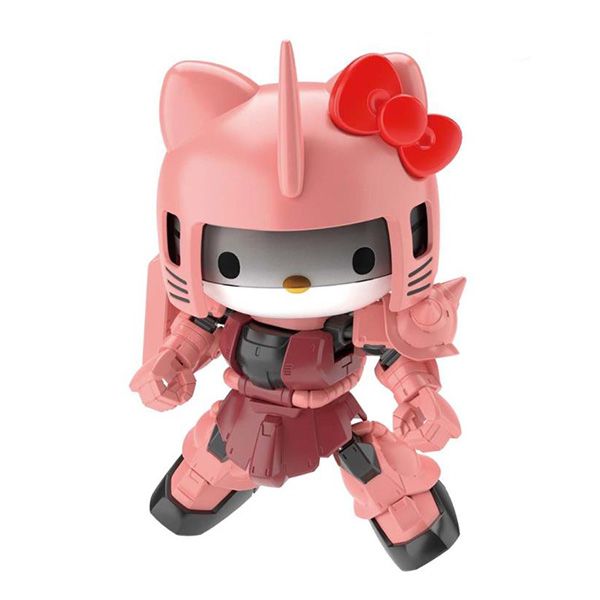 Behold, the beloved Sanrio character dressed inside a suit of armour inspired by MS-06S Char’s Zaku II. As a commander’s unit, there is a horn-like feature attached to the helmet. Of course, Hello Kitty’s signature red bow is also part of the headgear. Hello Kitty’s eyes can also be seen peeking out from behind the clear black visor. With her spiky armour and ready-for-battle stance, this version of Hello Kitty is equal parts cute and no-nonsense. 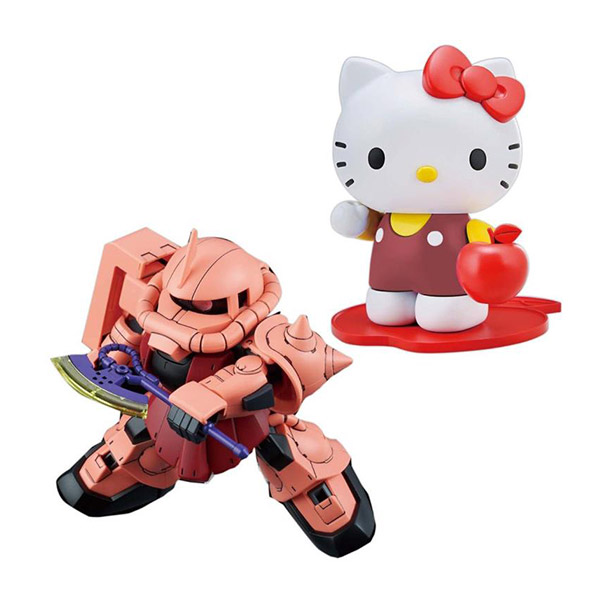 The kit comes with other items including a red apple and a red apple base. It also includes Char’s Zaku II equipment parts, including a Heat Hawk. The weapon resembles an axe but uses a super-heated blade to cut through the armour of enemies or enemy vehicles. Hello Kitty can even be made to sit and pose on the apple-shaped pedestal!

You can combine this kit with other Cross Silhouette expansion parts, which means the possibility for different Hello Kitty x Mobile Suit Gundam combinations are limitless. 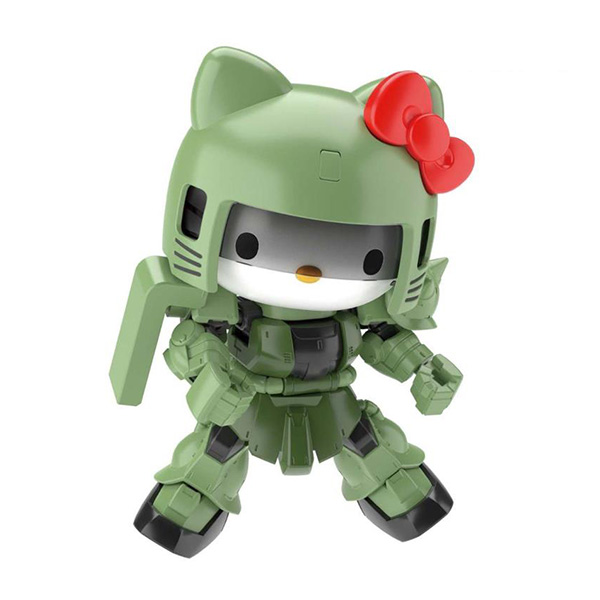 The second model kit sees Hello Kitty dressed in the MS-06S Zaku II mobile suit from the SD Cross Silhouette series. Since it’s not a commander’s unit, there’s no horn-like attachment this time. But of course, Hello Kitty’s bow remains. As with the other edition, the kit includes an apple, apple pedestal and Zaku II equipment parts. To match the mobile suit, Hello Kitty is wearing a green pinafore this time around.

The second edition of the Hello Kitty x Mobile Suit Gundam collab is set to be released in December 2020. Since the first collaboration was available at Takashimaya D.S. in Singapore, we’re hoping that the upcoming model kits will be available there too. In the meantime, you can cop the Skechers x Hello Kitty collection for your feline fix instead.