It’s normal to have expectations in a relationship — after all, we’re looking for a lifelong partner to be by our side forever. There’s no way we’d settle with just anybody. But for Brenda, her past relationship experiences, parents’ divorce and societal pressures eventually led to her exceptionally high expectations in relationships.

In a recent episode of Ask ZULA, we invited Brenda, who’s a familiar face to many on TheSmartLocal’s channels, to share about why she has an alternative perspective on love. Read on to find out how she navigated through her feelings, and also found peace with still being single at 25 years old. 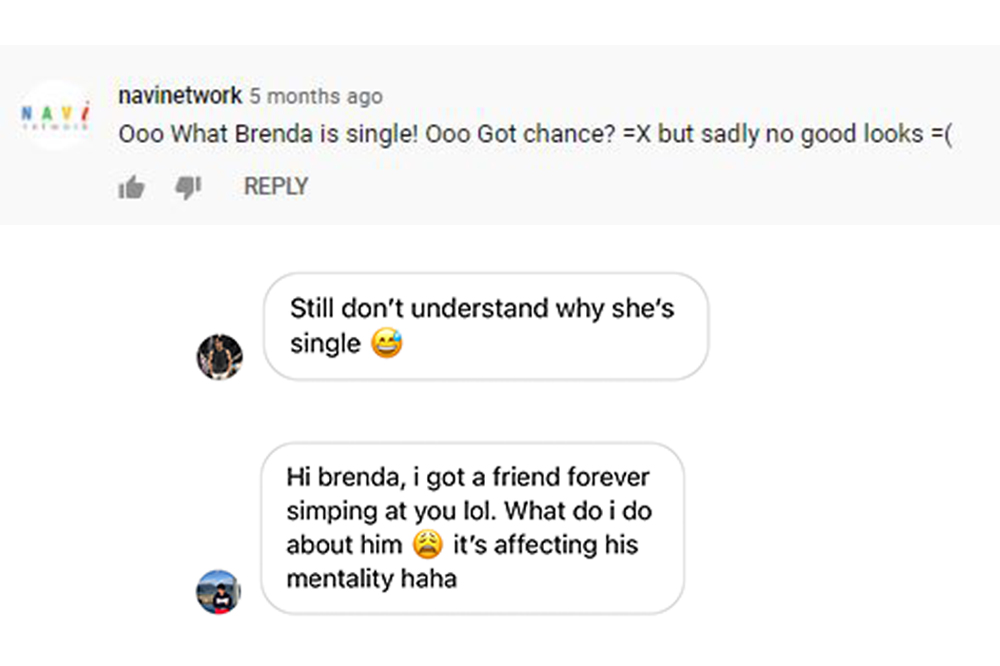 Brenda’s followers’ common reactions to her being single

Though Brenda has always been open about remaining single, many of her followers don’t actually understand why. Since Brenda has always showcased her easy-going and relatable personality on screen, many assume that it wouldn’t be hard for her to find a boyfriend.

She receives a lot of simp DMs too, with some even doubting if she’s telling the truth. “They think this is just a facade. The most common reason I see in the comments is because I’m picky.”

But it’s not that Brenda has never dated before. Taking her experiences back to secondary school, she shared that she found her first — and also last — boyfriend when she was in secondary 3. They were classmates and the relationship lasted around 3 to 4 months.

Brenda described it as a “typical secondary school romance”. Think along the lines of “ai stead mai?” and walks back to her house together. To Brenda, it wasn’t really love love, she just felt that she “liked him more than she liked other people”.

“I think my insecurities got the better of me,” Brenda admitted, which was what led to their breakup. From then, she never had a boyfriend again, as she spent a lot of her time in JC studying — “where got time to think about boys?”

Getting into a complicated relationship status in university 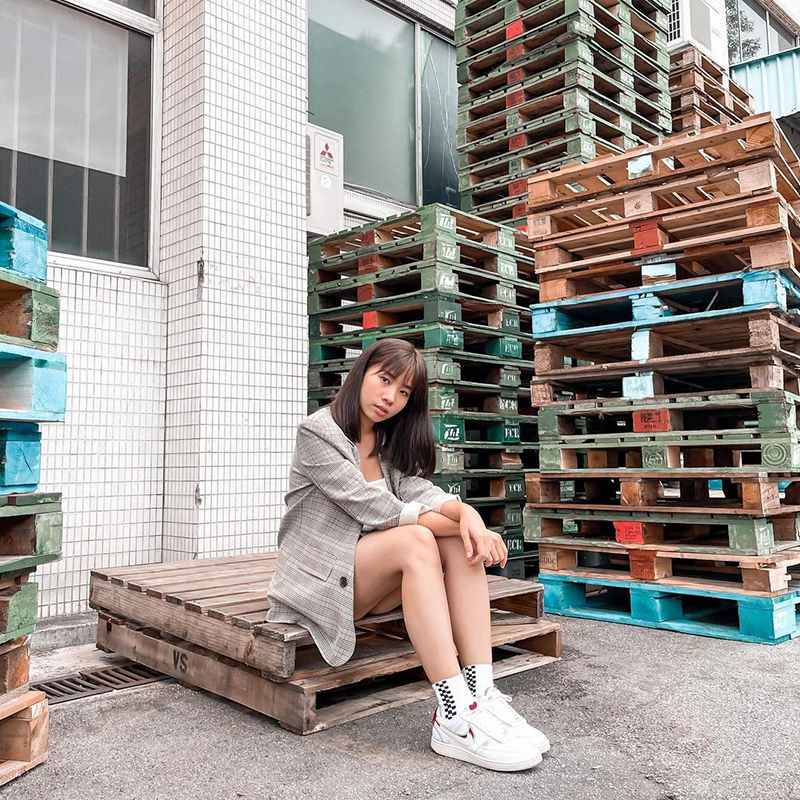 There’s always something thrilling and fun about having an eye candy to crush on while you’re in school — hey, getting distracted from studying is just part of the university experience too. Likewise, Brenda had many eye candies in university, but she would “never make the move to do anything, because I’m very happy in my own bubble.”

However, Brenda took the leap of faith one day when she was “attracted to this particular senior who was quite nerdy.”

“It was a big step for me. I asked his friend to help me [because] I really wanted to get to know him better.” But as unpredictable as life is, Brenda ended up crushing on the supposed wingman instead. We can’t help our feelings after all, and things just happened naturally.

She confessed her feelings for him, but he told her he needed time to think about it. Eventually, she found out he was already texting another girl he was interested in, and Brenda felt “disrespected and angry.” Since then, Brenda “shut the door” to relationships completely for around a year.

“I felt that I wasn’t enough. It really affected my self-confidence. I just didn’t dare to be vulnerable and open up that much to people anymore.”

Apart from her previous experiences with boys, Brenda shared that her parents’ divorce was also a main factor that affected her views on relationships.

“My parents divorced when I was around 16 years old and I was forced to grow up because I was the older sibling,” Brenda recalls. She even had to be the messenger between her parents and take up other pressurising roles while she was still a teen.

“Seeing my dad fall out of love affected me quite a bit. It really made me question the definition of love in a relationship — how can a marriage of over 15 years end just like that?”

Opening up and being vulnerable to your other half is something that is expected in relationships, but if it were to eventually end like her parents’ did, then Brenda questions, “what’s the point?”

Brenda’s change in mindset is completely justifiable, as trauma that happened to us in our past tends to affect us till today. “Before the divorce happened, I was very pro-family and pro-marriage. But now, if [a relationship] happens then it happens. If it doesn’t, I’m fine also.”

Brenda’s hurt and confusion lasted for nearly 2 to 3 years. Even though she has found peace with the divorce, she revealed that “till today it still impacts my decision-making process when it comes to finding a partner.”

“Sometimes I also wonder if I’m too immature — why am I still not over it at this point? But I’ve come to accept that different people deal with situations differently, and it’s fine to not be okay. Even if it’s for the rest of your life”.

Finding peace with being single

Adding up all these reasons from Brenda’s past, it’s no surprise that she soon created a set of expectations when it comes to choosing a partner. She spent so long searching and learning about herself first, so she “very clearly” knows what she wants now.

On top of that, as every cloud has a silver lining, Brenda also “found peace with being alone.”

“Once you’ve been single for very long, you just become very independent. You’ll realise that you don’t need someone to complete you.”

That doesn’t mean that she has completely closed off relationships forever either. For Brenda, a huge motivator for her to get to know someone more is when they “start off as friends.”

She does understand that many people draw the line between friends and lovers, but her reason is because she “puts a lot of value in knowing the person inside-out before deciding on liking him.” 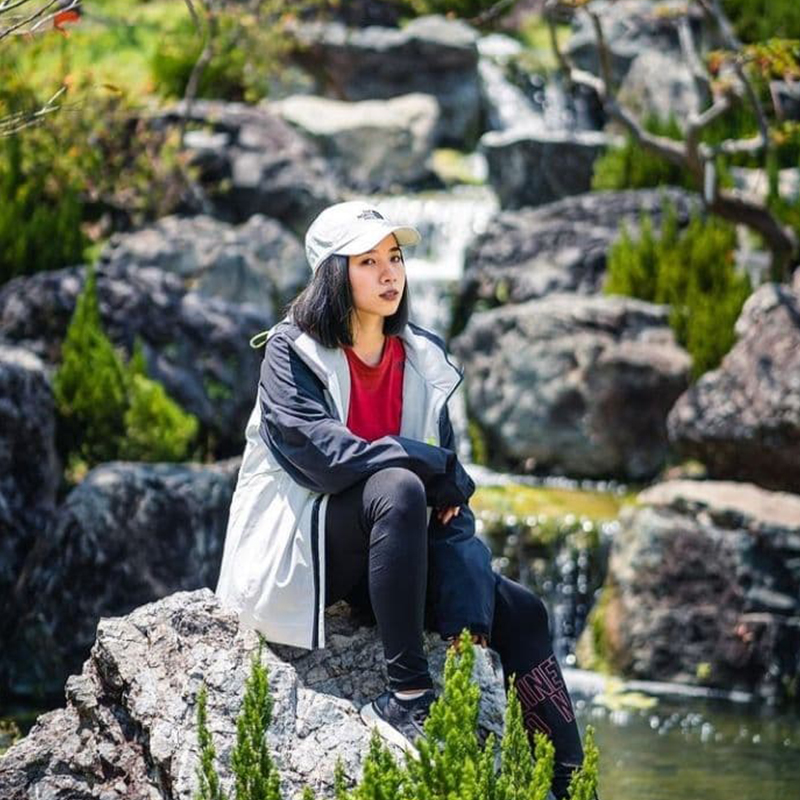 While choosing to remain single because of her high expectations is her personal choice, society is relentless when it comes to the pressure of getting into a relationship.

Compared to other people her age, Brenda hasn’t experienced many things that come in a relationship such as losing her first kiss. “I feel like I’m left out, but the fact is I’m really not losing out. I don’t put that kind of pressure on myself.”

Brenda often hears kaypoh questions from her friends and family such as “why don’t you have a boyfriend yet?” Imagine this: invasive Chinese New Year questions from extended family members, but all year round. Yikes.

To counter these questions, Brenda simply replies, “I just don’t have lor”, as it’s very tiring for her to explain why.

Sometimes, her friends also try to set her up with people. But these aren’t bad experiences, as Brenda thankfully expresses that she’s “very lucky to have a friend that looks out for me”.

She describes these encounters as “very chill meetups over drinks”, though she hasn’t found someone for her through this way just yet.

Response from followers & her thoughts on meeting people online

As a talent for TheSmartLocal who shares a lot about her life on social media, Brenda reveals that she couldn’t be involved in certain segments because of her lack of relationship experience.

“But I grew to accept that it’s okay to be different. The lack of experience also comes with another set of stories I can share and people can relate to. It’s interesting to have videos where there’s a different perspective.”

On top of the supportive comments from her followers, Brenda opened up that she received DMs and even “very well-written emails” from people trying to hit her up. But she draws the line when it comes to meeting people she doesn’t know.

While finding a partner through dating apps is especially common nowadays, Brenda hasn’t really explored this option yet either. She prefers to know someone face to face first, since dating apps come with an “unspoken pressure to see the date as a potential partner”.

“The internet can be a very scary world. I am being 100% genuine in videos, but people don’t really know me as I am. It’s overall hard to get to know me through online means because I’m a very guarded person in real life already.” 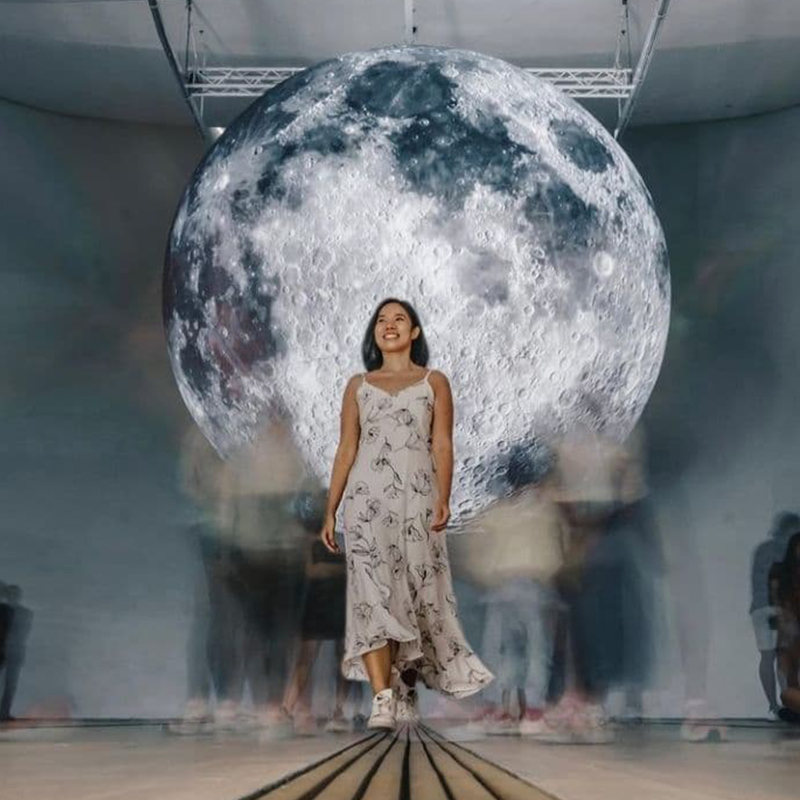 While Brenda is used to getting a lot of comments calling her “picky”, she understands that they don’t come from bad intentions. Ultimately, she has her own reasons for her high expectations and she’s satisfied with where she is now.

To all the girls who are going through a lot of pressure to get into a relationship, Brenda assures that you’re not alone. “You have to be independent as a person and love yourself wholeheartedly first before you extend your love to someone else.”

“It’s really fine to be single — don’t see it negatively. Take it as a learning experience to learn about yourself more before you meet someone.”

Most importantly, age shouldn’t be a defining factor for you to settle with just anyone. “I have to admit that there are times with friends when I feel embarrassed for not experiencing [a proper relationship] before. But it’s inevitable because if you’re not at least a little bit affected by societal pressures, then you’re not human.”

Despite having no relationship experience, everyone around Brenda, especially at her workplace, remains very supportive. “They helped me to own my experiences and who I am as a person.”

Through her previous relationship complications and her parents’ divorce, Brenda saw herself setting high expectations for her relationships over the years. However, she also proves that this isn’t a negative trait as it’s important to prioritise yourself and your needs first.

For ladies who feel that they are “too old” to still be single, remember that societal pressures shouldn’t be forcing you to compromise on red flags. As the saying goes, “we accept the love we think we deserve”, so it’s important to value yourself and be confident with who you are.

All images courtesy of Brenda.
Some quotes have been edited for brevity and clarity.

Being Single For 26 Years — Why It’s Fine Despite Society Expectations, As Shared By A Millennial