Gen Z is no longer an uncommon term, but if you’re wondering how they differ from Millennials, they basically grew up with the internet and social media. While technology initially started as a way to connect users from across the world, it also led to the rise of influencers such as Nicole Choo, who has arguably experienced the highs and lows of social media.

In an episode of Ask ZULA, she shared with us how she grew up on social media as a teenager, and about her experience as a victim of cyberbullying. From gaining followers because of a public relationship to writing a book, read on to learn how the 23-year-old overcame her hardships, and became a stronger version of herself.

How she got into social media 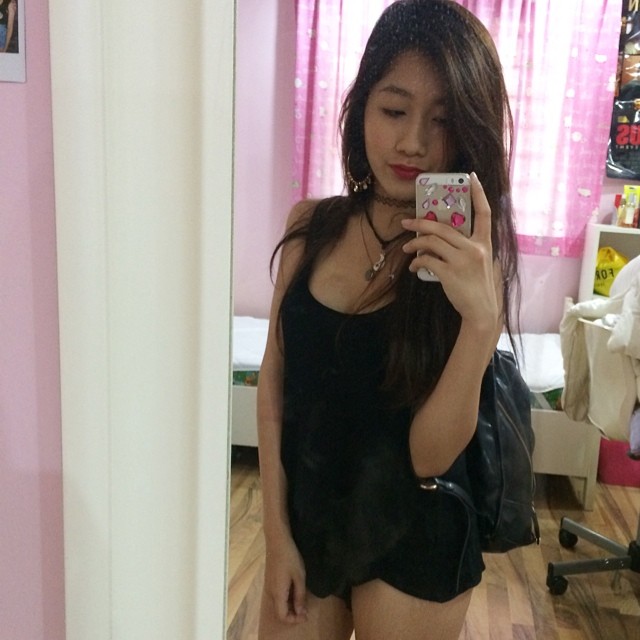 Fun fact: Nicole Choo was only 13 years old when she began posting on Instagram. Since she enjoyed browsing Tumblr, her Instagram feed was mostly inspired by photos on the platform.

Confessing that she was a Tumblr wannabe back then, Nicole’s fashion consisted of halter tops, disco pants, and loud accessories that basically screamed for attention. For a teenager, these fashion choices and Instagram photos cultivated her online persona. 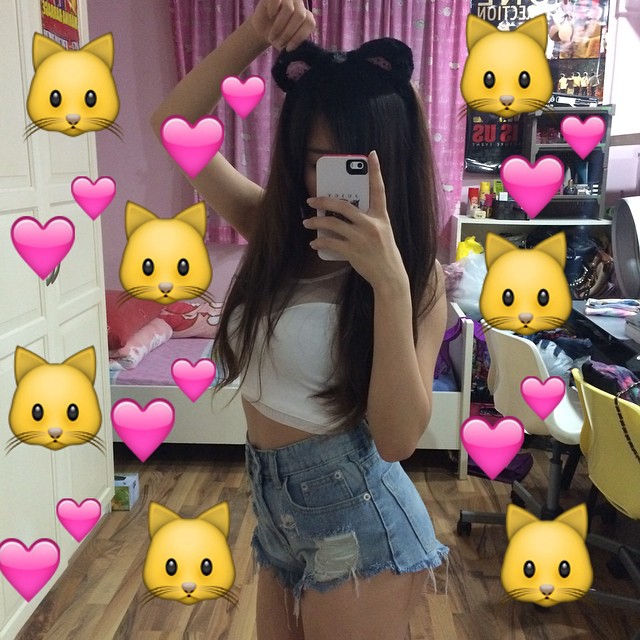 It wasn’t long later when she received DMs that offered her modelling gigs for blogshops, which also acknowledged the fact that people were interested in her Instagram account. By the time she was 16, she realised that such gigs could become a job in the long run, and her Instagram account grew a significant amount of followers ‒ eventually to its current amount of more than 160,000 followers.

Growing her following on social media and receiving hate 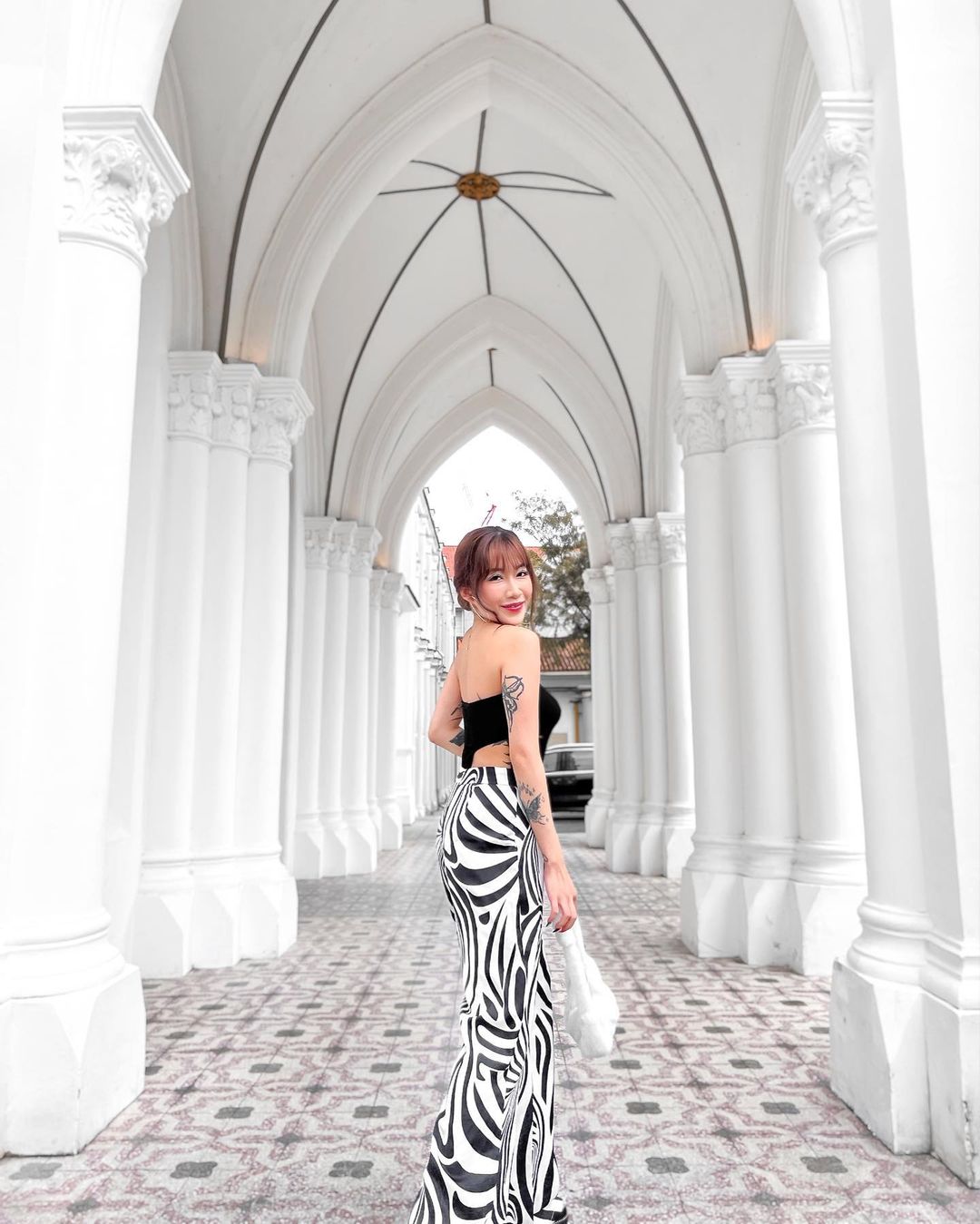 Nicole believed that her following on Instagram only began to thrive because she had a boyfriend while attending an all-female secondary school. Recounting her past, she felt that “half of my followers are genuinely interested in my content, but the other half are there for the tea.”

Since her Instagram featured lovey-dovey photos with her then-boyfriend, she noticed how people began to judge her ‒ they even left hate comments on her Ask.fm account.

“A lot of the questions were personal, and they even brought in my parents,” Nicole recalled. “Some read “You are a slut” and “Your mum probably regrets having you”, which were horrible”.

Yet, as a teenage girl at 15 years of age, she couldn’t control her emotions and felt the urge to fight back.

“I was a young girl placed on a platform where I didn’t know my identity yet,” she elaborated. “But I didn’t realise how fighting back wasn’t going to do me any good.” 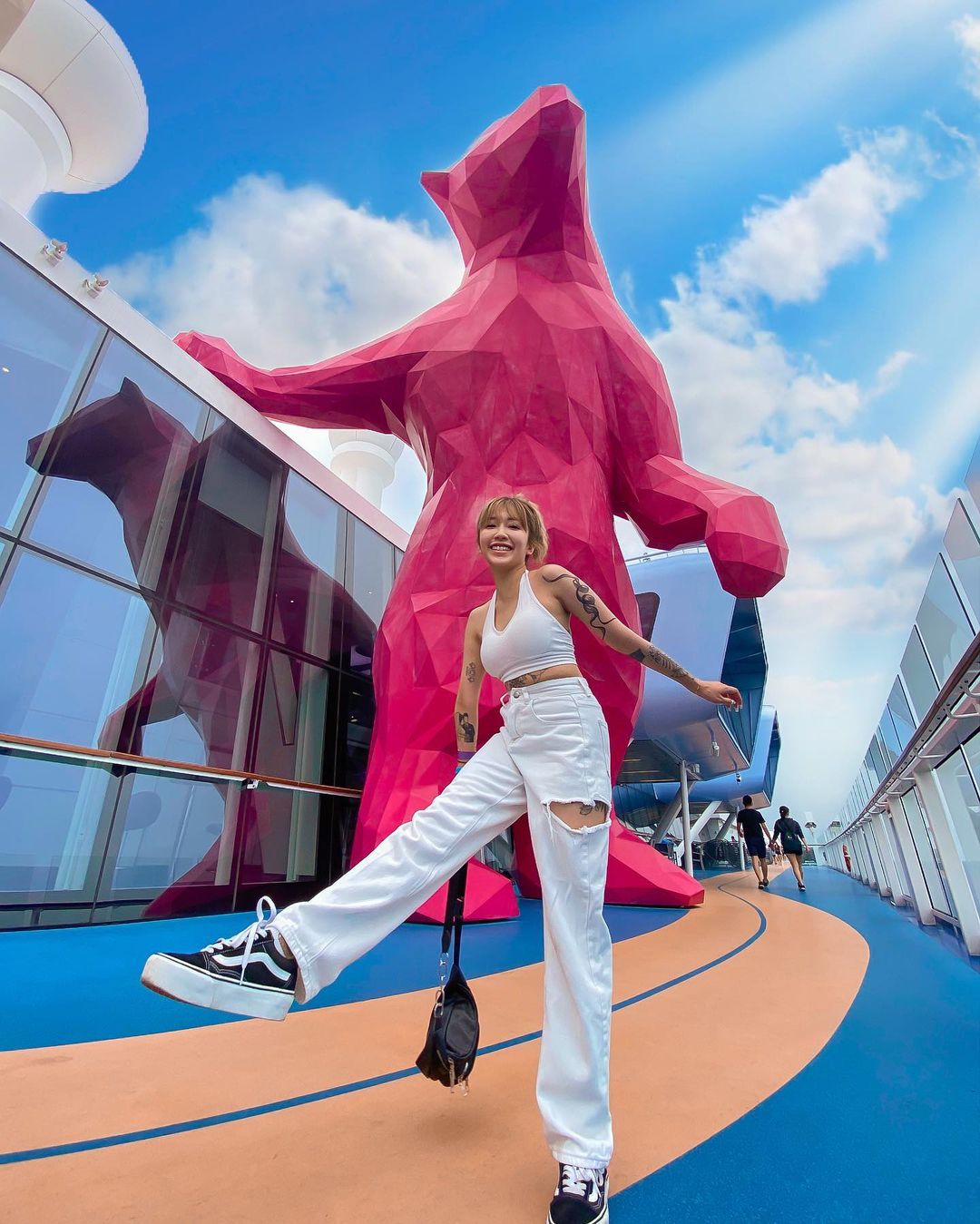 Later on in her second relationship with a well-known YouTuber, she received more attention after appearing in many of his videos. Giving credit where it was due, Nicole pointed out that it was indeed during that time that she gained an explosion of followers and exposure.

However, with the rise in her popularity, haters were also waiting for the chance to strike.

That moment happened when they broke up after around 2 years of being together, and suddenly, everyone had something to say about her. Keyboard warriors joined in the party, and there were even YouTubers who chimed in by talking about her negatively in their videos.

“A lot of influencers wanted to plug something related to me that have nothing to do with the drama, but rather, they just wanted to mock me,” she recalled. “It was funny to them but definitely not amusing for me.”

As a result, Nicole felt misunderstood since no one else truly knew the backstory. Furthermore, she didn’t have a lot of fellow content creator friends, and it was as if everyone was ganging up on her. She felt lonely throughout the entire saga, and realised how toxic the industry was. It was her first brush with getting cyberbullied.

Published her book and instead, received hate again 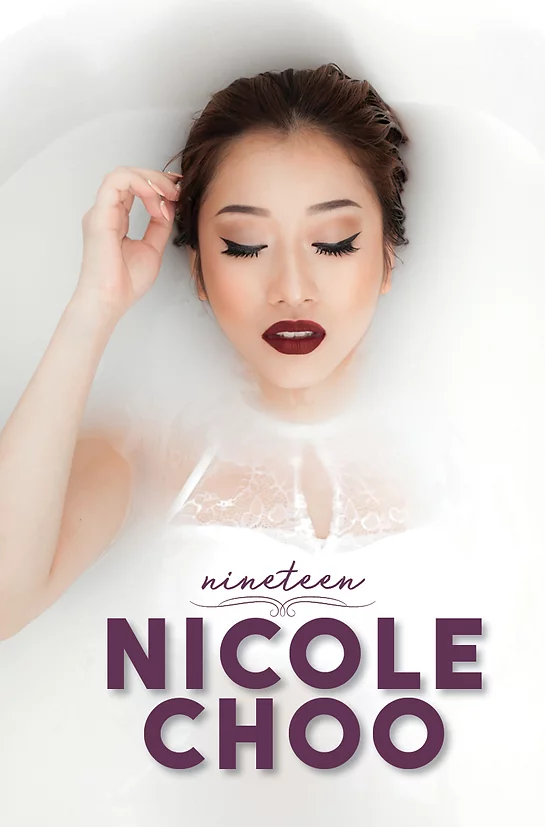 Believe it or not, the same thing happened to Nicole when she published her first book titled “Nineteen”. For the unacquainted, “Nineteen” is a collection of poems in the tradition of Instapoets like Lang Leav and Rupi Kaur.

The opportunity for her to publish a book came knocking on her door when her friend’s mother, who was a publisher, initiated working with her. For a 19-year-old, it was hard to reject a book deal, and she grabbed hold of the chance to express herself through poetry.

While Nicole was open to constructive criticism about her work, she noticed how there were certain content creators who used the book as an excuse to criticise her without actually reading her book. There were jokes with hints of sexual innuendos, and perhaps because of her past, she felt that she was once again targeted.

Some negative comments online about “Nineteen”

“I actually have not watched the video of Dee Kosh and Hirzi criticising my book, but only snippets of it because I had to know what others were talking about,” Nicole shared. “When the videos first came out, it was too hurtful for me to actually watch them.”

In the end, her defence mechanism took over by blocking the negativity in her life. Nicole went to Melbourne for a period of time, citing that period as “one of the toughest battles” she had to fight in her life.

Because of the incident, Nicole even chucked her book at one side of her room because it gave her so many bad memories. Despite pouring her heart and soul into the book, she didn’t feel like the accomplishment was worth celebrating. It was only recently in 2021 did she finally muster the courage to take it out and read it again.

“I realised it was time to face the world, and see how much I have healed and grown from the incident,” she explained. “It still hurts, and there is a fear about people judging me again.”

Despite the hate Nicole received, you can’t deny the fact that her book had a positive influence ‒ it introduced many young adults to poetry. A majority of those who bought her books were from a young demographic, and her book created a small yet powerful impact in the publishing industry. This was something which probably even Nicole herself did not expect. 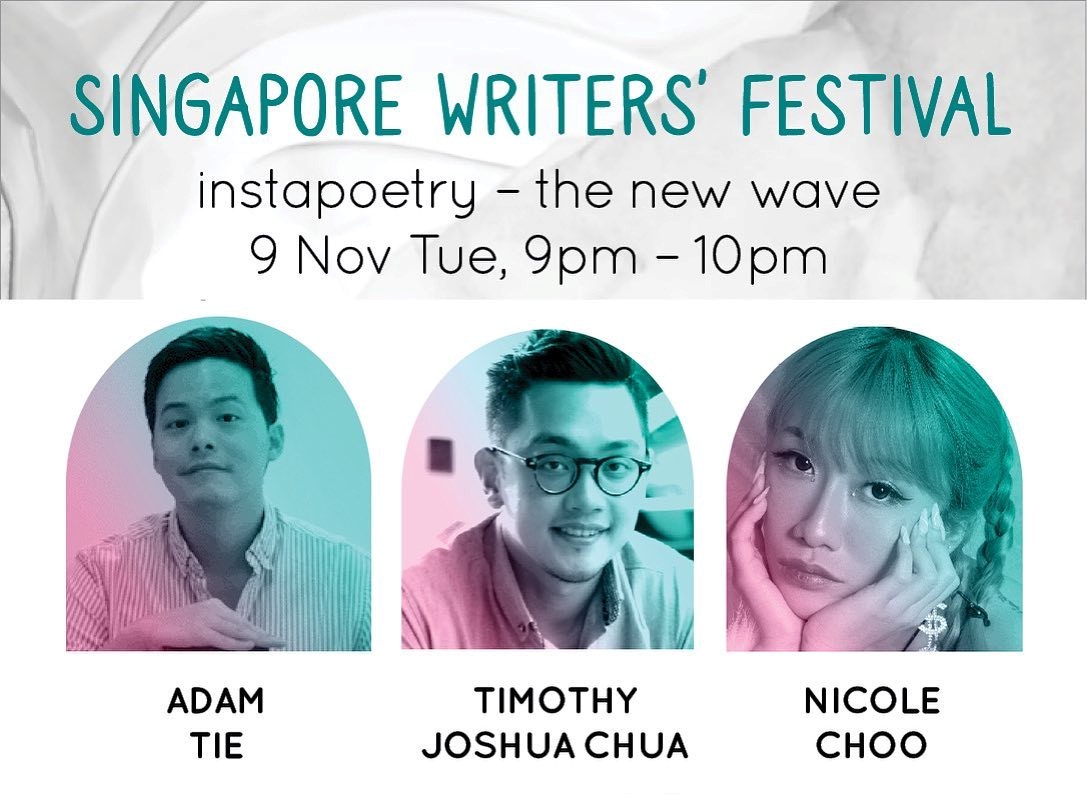 ICYMI, Nicolewas also invited to be one of the panel speakers for the Singapore Writers’ Festival (Instapoetry: The New Wave) 2021. Although she doesn’t consider herself an accomplished writer, she was honoured to be invited, and enjoyed sharing her thoughts about poetry on social media.

Putting the book drama behind, Nicole admitted that she is still afraid of getting judged for her writing. However, it does not stop her interest in writing a fiction book in the future. Perhaps for her next project, we might even see her working on a novel.

Why she dropped out of school and focused on content creation 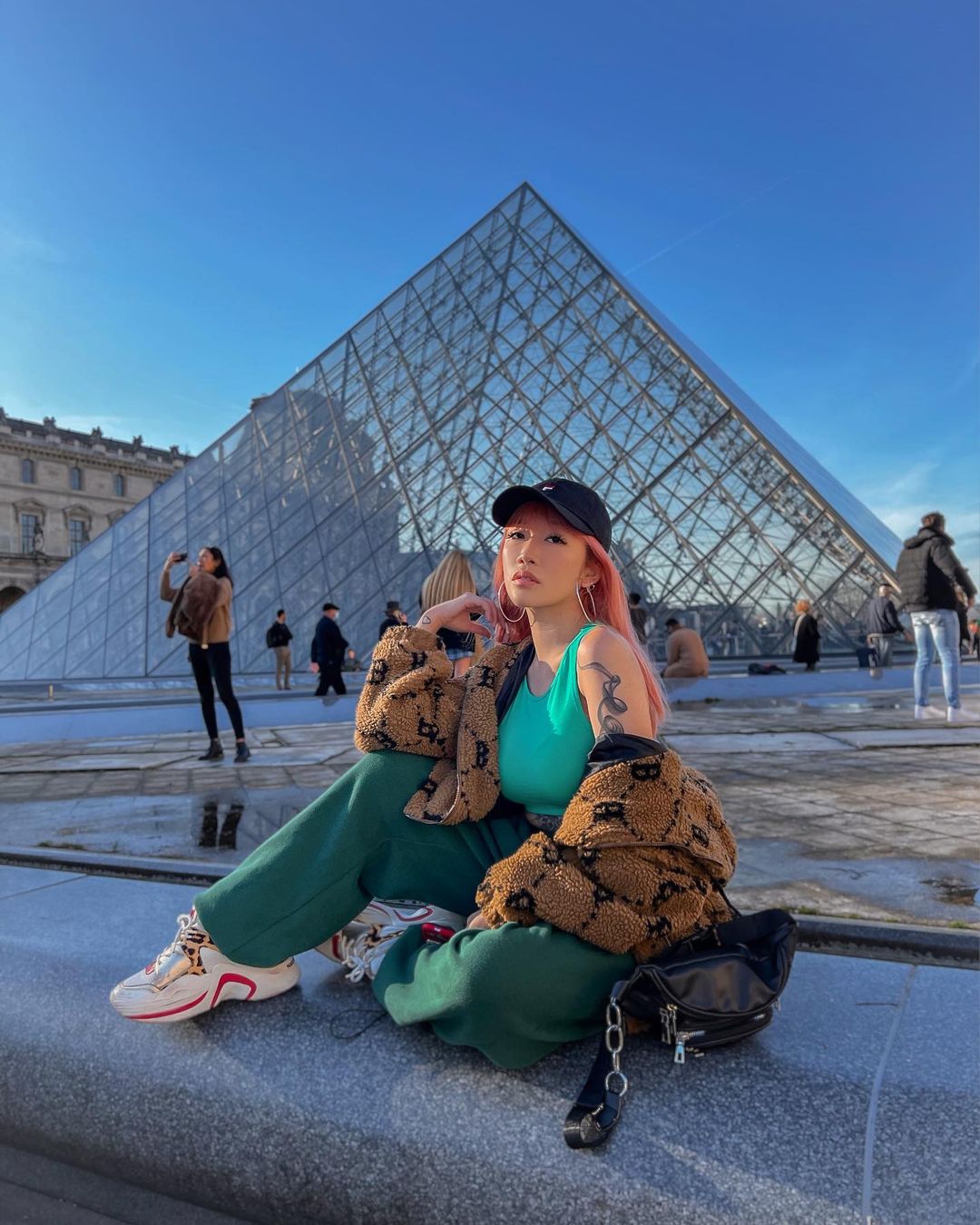 If you thought going through a public breakup and receiving hate comments were bad enough, imagine how Nicole felt when she heard that a lecturer from another department of her school was dissing her. She realised that if even an educator was speaking unpleasantly about her, there was no point to stay in a negative environment.

“It didn’t make me feel safe, and going to school every day felt like hell,” Nicole recalled.

Adding on to how she was studying early childhood, she felt that becoming a teacher was not her calling. Nicole Choo decided to YOLO and eventually dropped out of school.

It seems like that decision paid off. Months later, she built up her YouTube channel, with many of her videos featuring content like fashion, beauty, travel, and lifestyle. Although she knew videos of other genres would garner more views, she stayed true to herself, and came up with content that she enjoyed making.

Though it was a transition period for Nicole, her followers noticed how she was growing and maturing through the content she was putting out.

“I received DMs telling me how much I’ve grown throughout the years, and I think I am in a good place now,” she shared.

Finding herself and her confidence 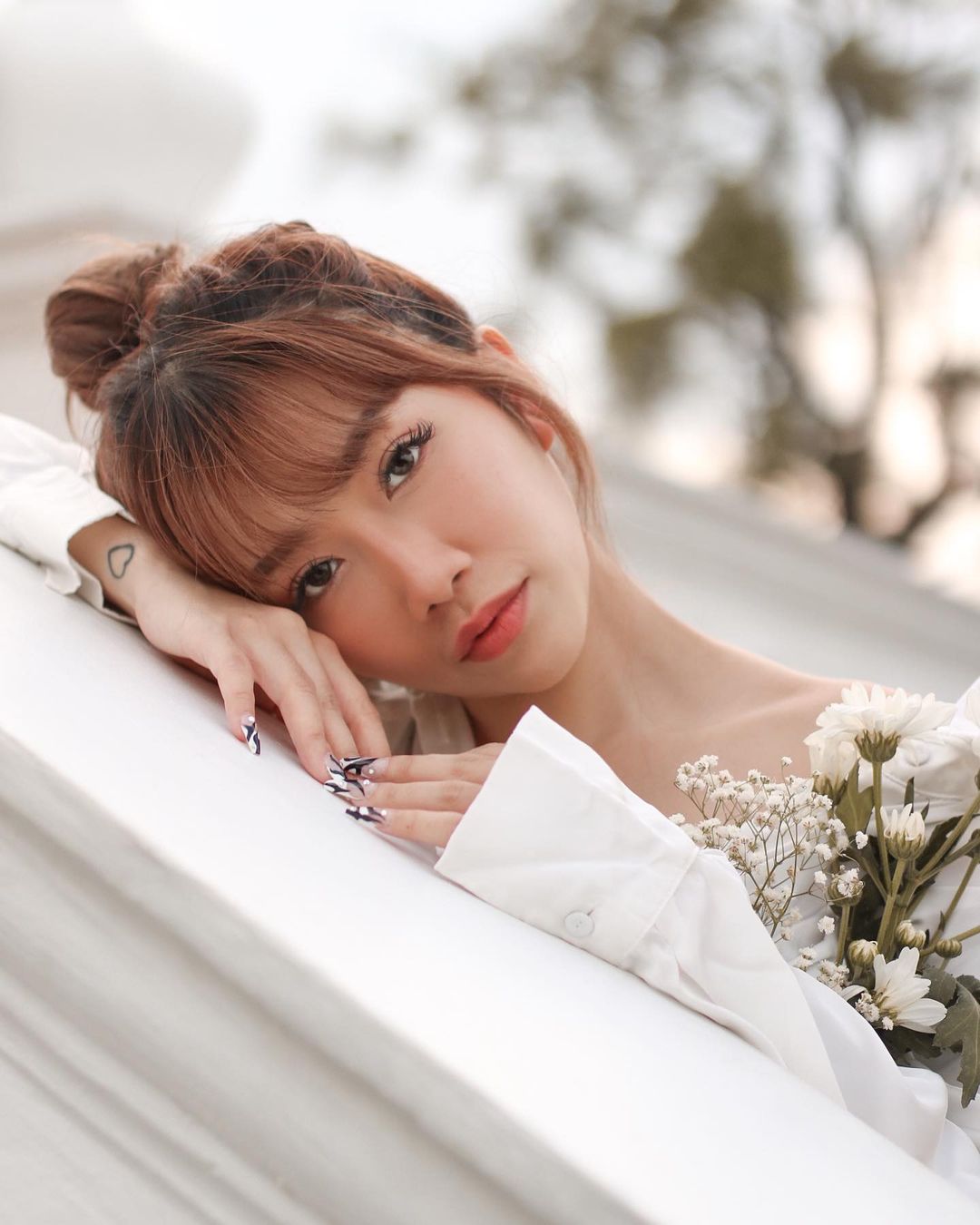 Consider it a blessing in disguise, but thanks to how Nicole grew up on social media, she also developed a newfound confidence in herself.

As an influencer, it was inevitable for her to look at other influencers’ content. She initially compared herself to others, and wondered why she didn’t look as pretty as them. It was tough for her to build up her confidence because of the constant comparisons and pressure she put on herself.

While she might appear to be a happy-go-lucky person on the outside, Nicole shares that she also has her emotional, sensitive, and insecure side.

“I used to wear push-up bras on top of stick-on bras in order to look bustier,” she confessed. “I was young and I thought having a bigger chest size would give me the confidence I needed.”

However, as the years went by, she realised having a bigger chest size was not the solution to her insecurities. Her focus on emphasising her chest size gradually disappeared, and it was only years later that she decided that she wanted to go for a boob job for herself, and not to impress anyone else.

“I’m glad I didn’t do it when I was younger because my confidence would be built just because I got a boob job,” Nicole explained. “It took me years to finally find myself and my confidence.”

Over the years, she realised she was no longer affected by the comments made by others about her appearance. And rightfully so.

Advice to those also going through similar situations 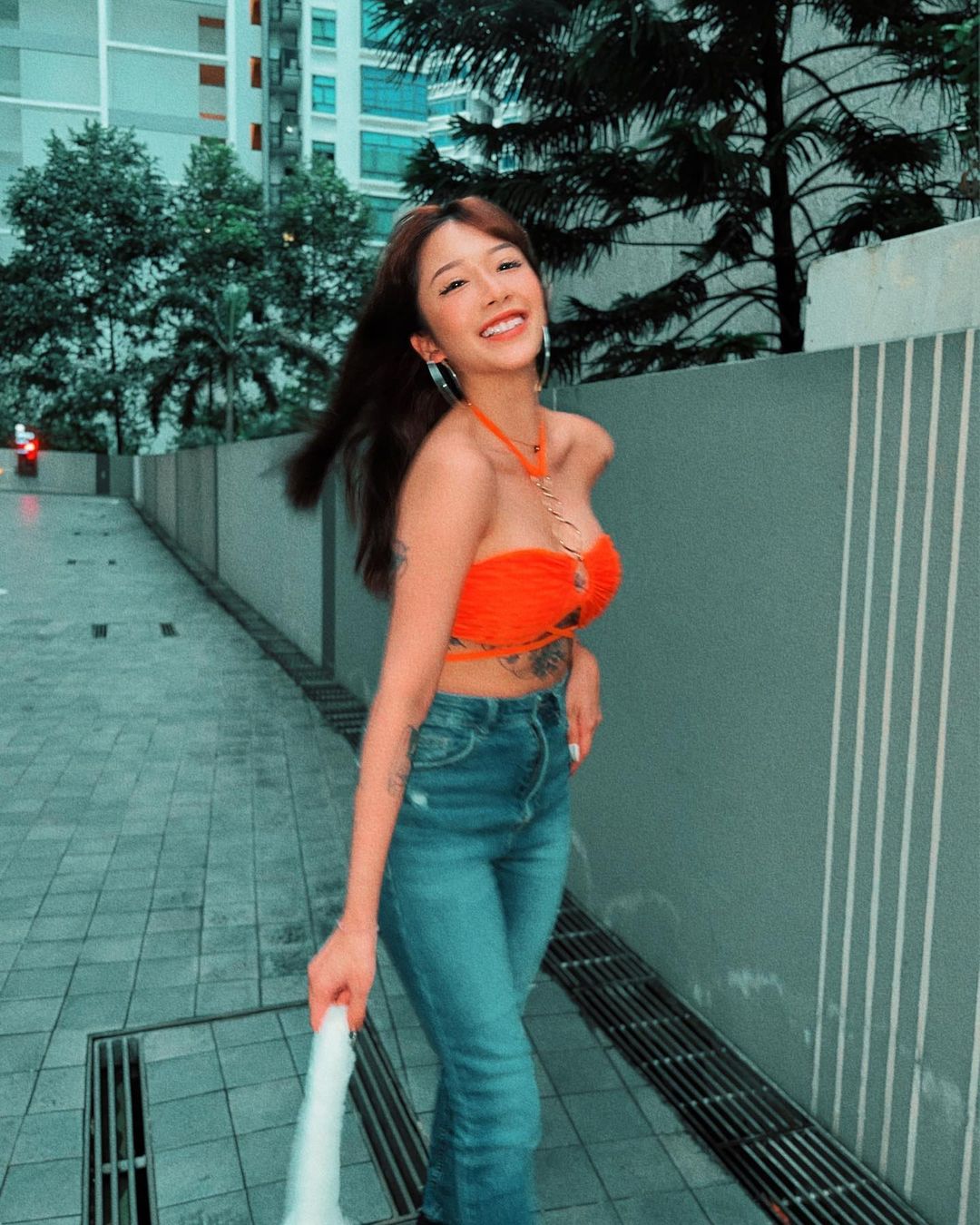 For those who might be going through something similar, Nicole advised to trust the process, and not regret the things you’ve done in the past. Although it might be hard to let go and pursue things without fear, she believes that you’ll never live in the moment if you keep worrying about the future.

“Life is not always going to be like a bed of roses, but it really moulds us into who we are” she concluded.

Nicole Choo might have had dramatic relationships, but her most recent one with actor Noah Yip allowed her to understand how to handle relationships better. She grew as a person, and learned what it was like to be in a healthy relationship.

Seeing how she has also embarked on other journeys like creating her croissant brand Krazy Kroissants, it is heartwarming to see how much she has grown, and is living her life to the fullest.

Everyone has their battles to fight, and it doesn’t mean if we can’t see them on the outside, they don’t exist. Nicole Choo’s story shows the ugly side of human beings, and the toxic culture found in social media. While it is easy to judge and become a keyboard warrior, it is always wise to think twice about the consequences of your actions.

All images courtesy of Nicole Choo.
Some quotes have been edited for brevity and clarity.

Being In A 10-Year Relationship & Getting Through A 2.5-Year LDR Taught Me How To Love & Grow Up Separately