With unofficial Star Wars day on May the 4th coming up, fans of the series are up for a treat as Pandora has released new charms, pendants, and bangles related to the franchise.

Inspired by the balance between the light and dark in the Star Wars universe, the latest drop has characters like Ewoks and Stormtroopers. Continue reading to find out what else is included in the collection.

Ewoks are notable for aiding the Rebel Alliance in defeating forces of the Galactic Empire, and if you’re a fan of the furry bipeds, be sure to check out the Star Wars Ewok Charm. 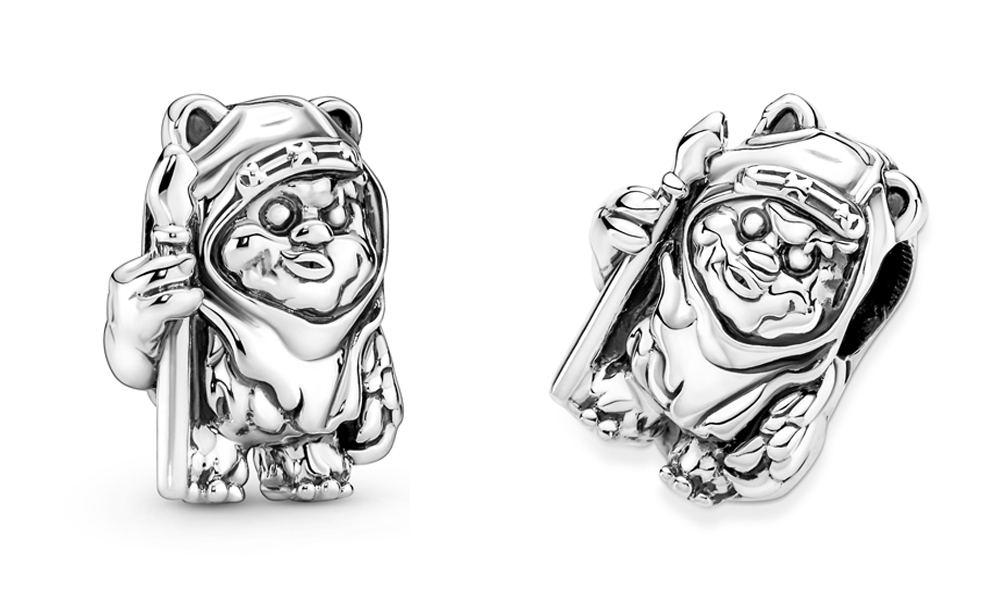 The 3D sterling silver charm has intricate details of an Ewok soldier, who is wearing an iconic headdress, and holding a walking stick with his right arm.

It is no denying that a Stormtrooper helmet is one of the most easily recognised icons of the Star Wars universe. 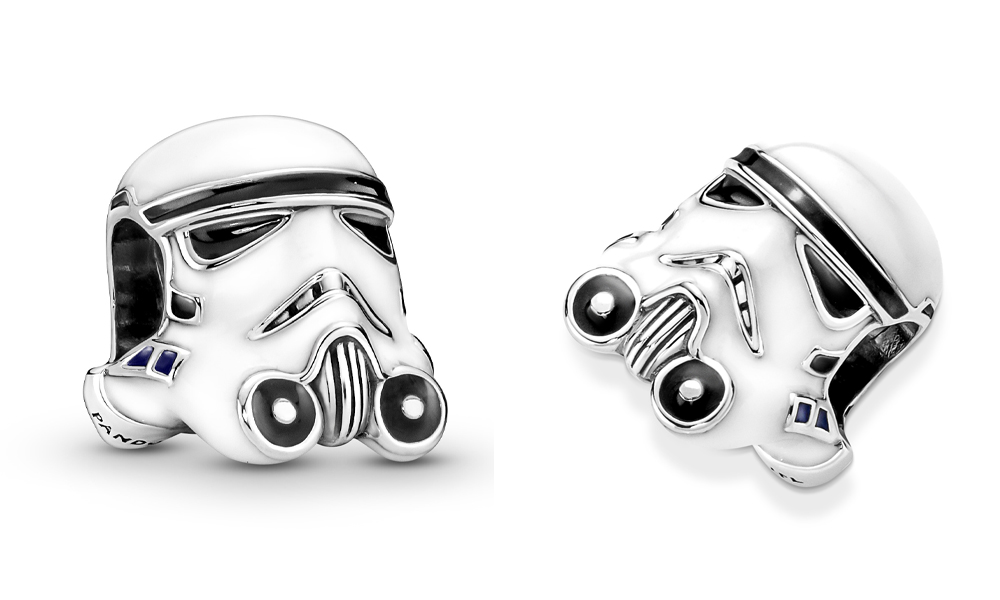 Join the dark side with the Star Wars Stormtrooper Helmet Charm that showcases the black and white enamel, and blue details that complete the menacing-looking helmet. 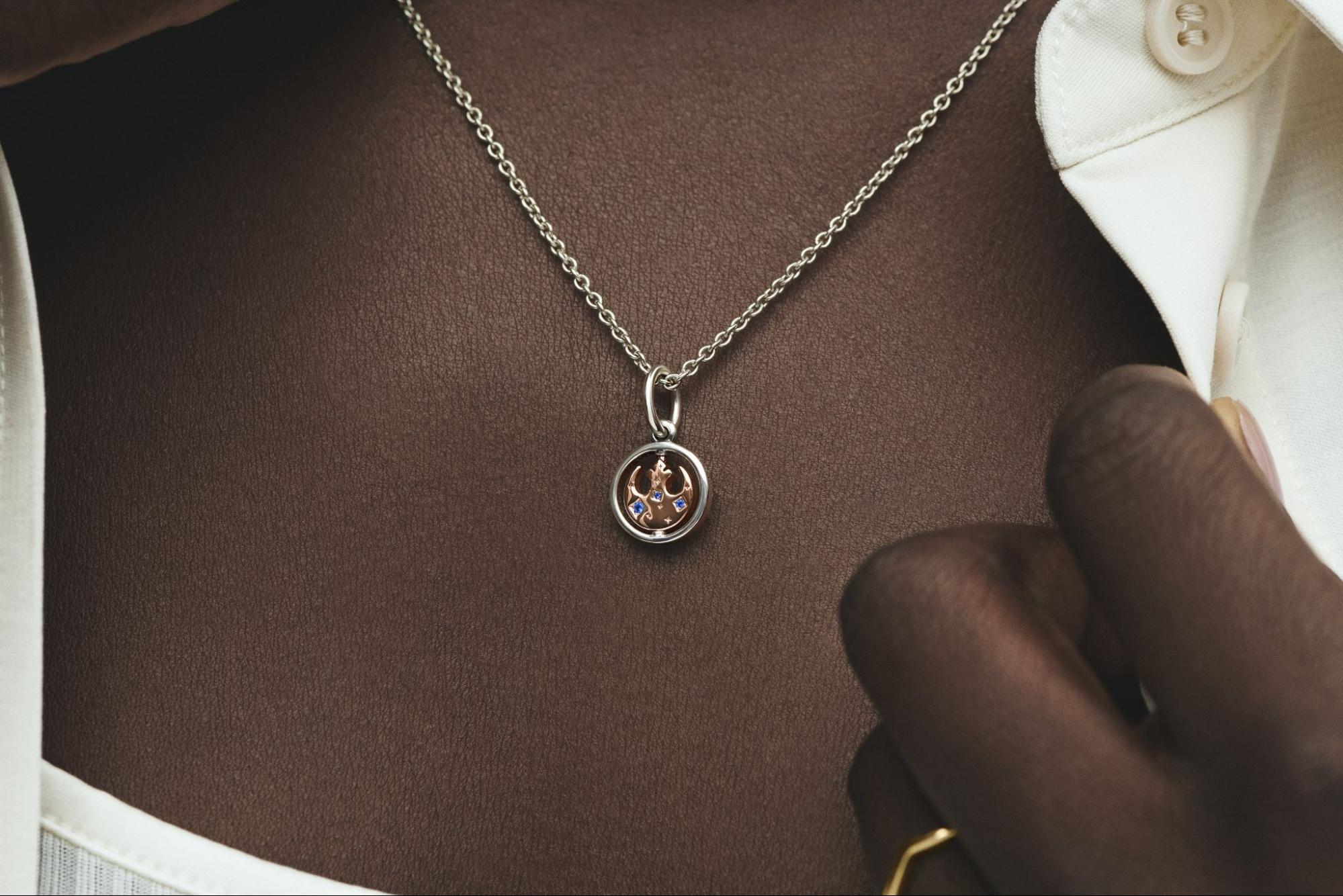 Pledge your allegiance, and fight against the dark side when you have the Star Wars Rebel Alliance Symbol Spinning Pendant on you. 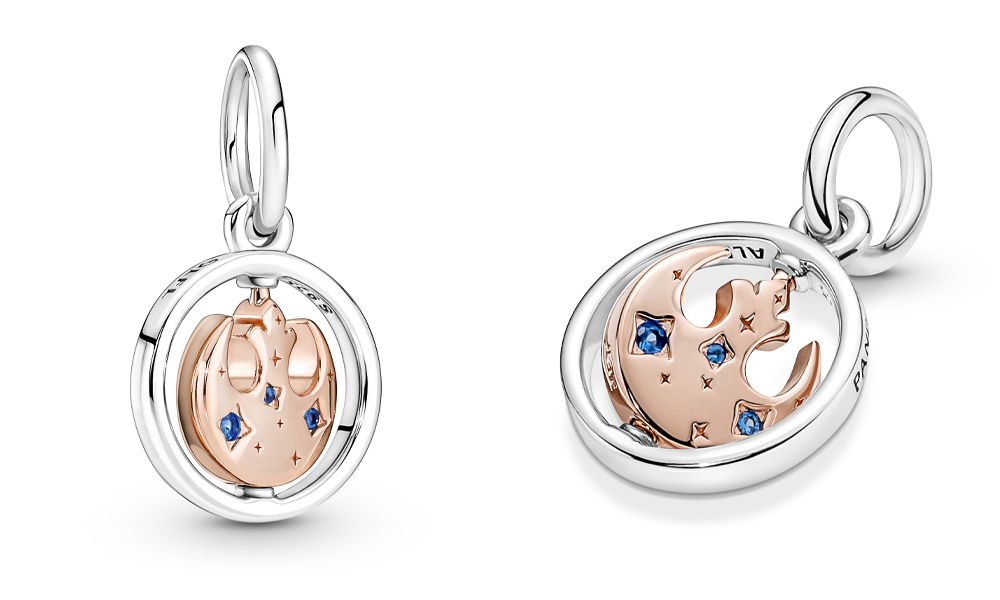 Designed with a spinning 14k rose-gold plated Rebel Alliance symbol, the two-toned pendant also features three cubic zirconia on both the front and back. Closing in on the details, there is even the word “Rebel” engraved on one side, which allows you to show off how much of a badass you are.

Get ready to be impressed by the amount of Star Wars references on the Pandora Moments Star Wars Light and Dark Side Logo Open Bangle. 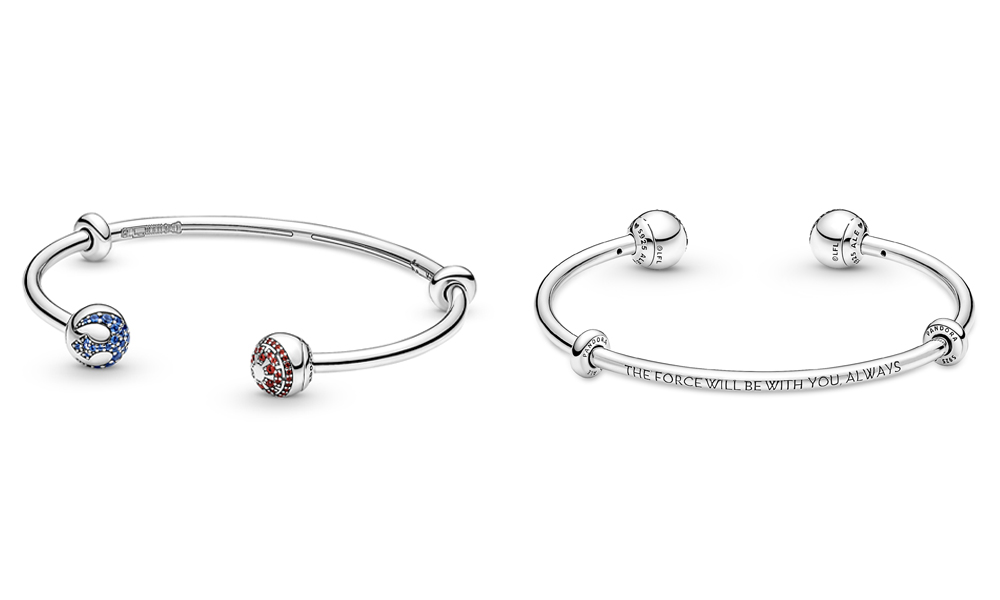 Engraved on the outside with “The force will always be with you”, the bangle sends good vibes and luck, making it an excellent gift idea for a Star Wars fan. Adding some bling to your OOTD, the two removable knobs on the sides have the logos of the Rebel Alliance and Galactic Empire made from man-made red and blue crystals. Upon closer inspection, you’ll also notice the inside of the bangle engraved with Luke Skywalker’s lightsaber. 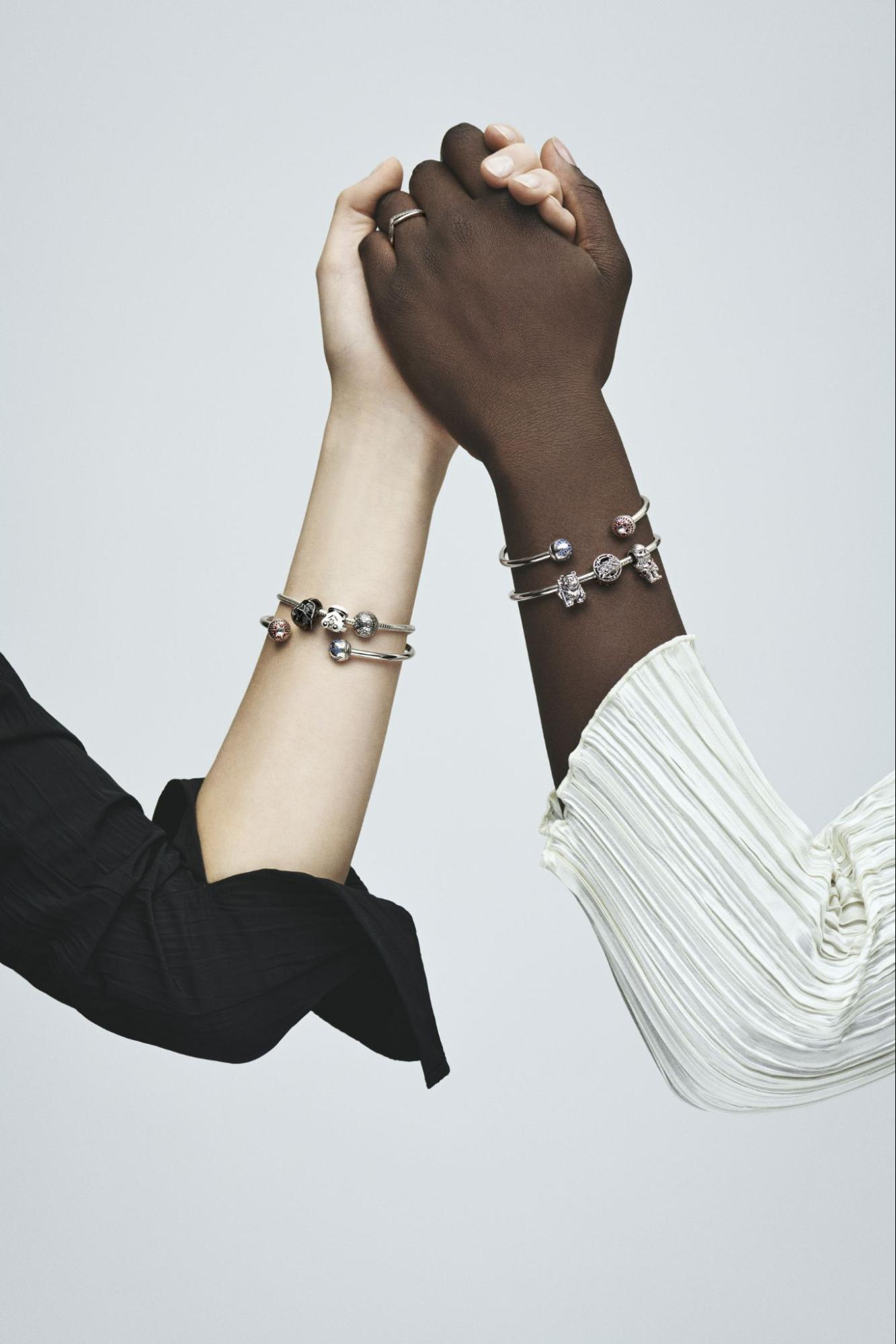 ICYMI, Star Wars Day falls on every 4th of May, as the date reminds fans of the iconic phrase “May the Force be with you”. There is no better way to celebrate, and express your love for the franchise with the Pandora x Star Wars collection. All the charms and pendants can be paired with Pandora keychains, necklaces, and bracelets together with the Star Wars charms from the previous collection. For those who are interested, they are available in all Pandora stores, and on Pandora’s e-store.

All images courtesy of Pandora.