We all have our guilty pleasures when it comes to shows — for some, it’s suspense-filled crime dramas and for others, it’s the cheap thrill of seeing individuals attempt to woo each other on reality TV.

Reality dating shows have the tendency of tickling our funny bones with gaudy date-cutscenes and cheesy pick-up lines from F-boys. What’s more, there’s always that one scene that leaves you screaming “why!” at the screen — like why would you two-time that very sweet girl that you promised to “love” and then lie straight to her face? The drama is real. 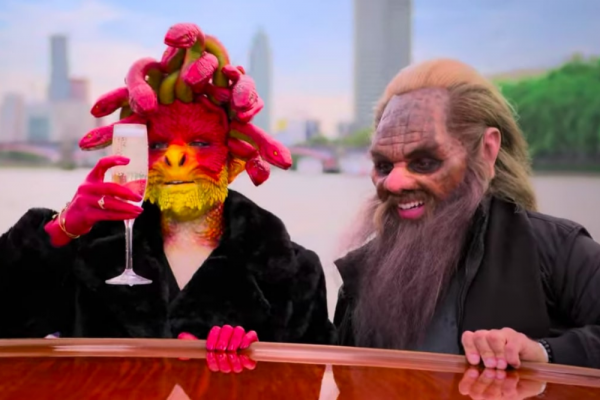 Here’s a show that cranks up the silliness by not just dressing up the participants, but also giving them full-blown masks complete with elaborate wigs and fake teeth. While in these hysterical and sometimes creepy costumes, an individual must go on one-on-one dates with 3 other participants of their preferred gender. The focus of the show is to have them find partners that they can click with, on a more emotional level, by eliminating any opportunities for superficiality.

Then, the individual must pick which 2 participants they would like to take on a second date and eventually narrow that down to a lucky lad or lass that gets crowned their “sexy beast”. And of course, in the end, all the participants’ faces get revealed to each other where both their partner and us viewers react with gasps simultaneously.

The masks are entertaining on their own, but trying to guess what the participants’ faces really look like doubles the fun. 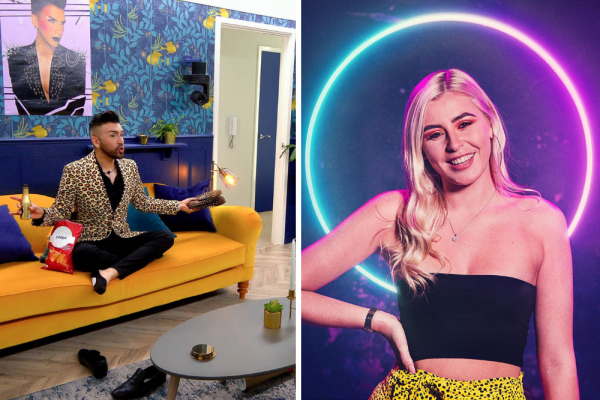 This show puts individuals online dating skills to the test by having them set up profiles like they would on any other dating site. The catch? Since there are no limits on what they can use for their profiles, participants can catfish one another with flawless looking photos and captivating descriptions.

For the duration of the show, participants will be housed in rooms, alone, where they communicate with each other solely through the show’s own “dating app”. Participants are then ranked by other players, with the highest rankers being dubbed “influencers”: and those at the bottom getting “blocked”. Blocked participants are eventually eliminated and their true selves are revealed — unveiling if they were being honest or catfishing.

The highest-ranked participant gets a grand prize at the end so while there’s no coupling-up here, this show definitely tests participants’ online dating proficiency or in my opinion, trolling skills. 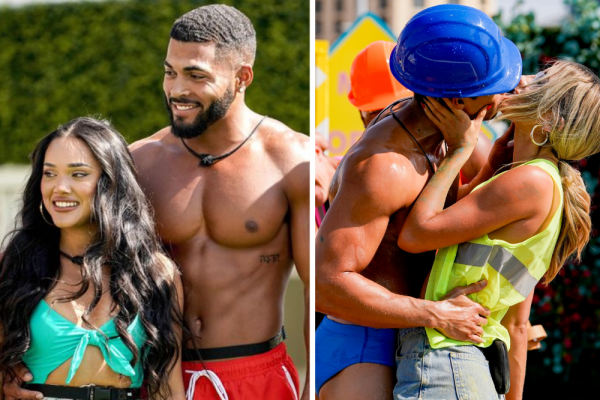 I’m sure letting you know this show involves a grand villa filled with hotties is enough to stir intrigue, but that’s not all Love Island brings to the table. Participants are referred to as “islanders” and are required to pair up with others to keep from being eliminated. While some seem to find “love”, others are stuck stringing together their best lines to remain coupled up and keep their place on the show.

Every few days, there are “dumpings” where an unlucky individual or few get eliminated and the remaining islanders are left to decide whether to remain in their pairs, change partners or wait and hope that new islanders meant for them are added.

The show includes wacky challenges where contestants’ dirty laundry gets aired and secrets from past exes revealed. Drama is a guaranteed with fights between islanders, two-timers attempting to play their partners for fools and even couples getting frisky in the villa’s special “hideaway”.

4. Too Hot To Handle 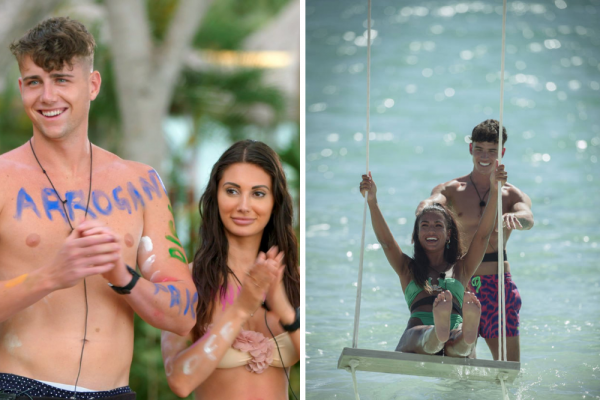 Imagine being stuck on a beautiful island, with a romantic villa along with a bunch of really good looking individuals — I mean like super hot people. The only downside: absolutely no sexual activity of any form. This means no sex, no kissing, no self-gratification and not even any suggestive touching allowed.

The contestants on the show consist of flirty, fiery youngsters who signed up for the show under the pretense that they were in for a time of fun and frisk — and boy were they wrong. The rules of the show are announced on the second day by a special device known as Lana, that from thereon, monitors the participants’ every move. Participants run the risk of getting eliminated if their actions on the show don’t align with Lana’s aims.

While there is prize money, contestants seem to enjoy a little rule-breaking as the season plays along, meaning money gets deducted from the grand prize. The contestants spend their days having a go at forming meaningful relationships without their usual sex-capades in hopes of taking home the prize money. In the end, they might even wind up with a partner and a better attitude towards relationships. While I’m sure you’ve heard of couples getting married within a month of meeting, this show takes things to a whole new level with engagements decided before participants even get the chance to see each other face to face.

The participants of Love Is Blind are put into rooms split up by a blue glass panel. This allows them to talk to other participants on the show without getting even the slightest preview of what the other looks like.

As the days follow, contestants can pick who they want to further the conversation with and because a wedding is what follows, normal small talk doesn’t cut it. Instead, topics like having kids, religion and personal beliefs are discussed with each individual hoping to make a connection that’ll lead them to their other half.

Once they’ve decided as a couple that they’re ready for more, newly formed couples are given the chance to meet face to face and pop the illustrious question…”Will you marry me?”

Here’s to hoping the contestants actually manage to find that special person who’ll stick with them forever — or at least until their divorce is announced in the tabloids. 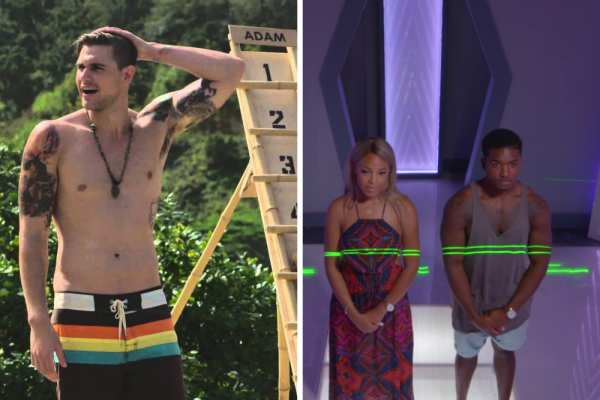 I usually openly admit to having icky feelings about math and numbers but on this show, algorithms are used in the best way possible — to match up 20 men and women with their “perfect” partners. Given that numbers never lie, the aim of the show is to have participants figure out who their perfect match is before the season is up. If all the participants are paired up correctly, they stand a chance of winning $1million dollars.

A room known as the “truth booth” is used to check if the pair who enter have been correctly matched. The tricky part is that contestants can only be sent in a pair at a time towards the end of each episode. This means limited opportunities to play at “guess and check” and determine who should be with whom.

As with the other dating shows on the list, there’s a whole load of drama as feelings get mixed up with the desire to win. At the end of the day, the show can be likened to a scientific research project to see if a perfect match on paper is a perfect match IRL. One of the more straightforward shows in this compilation is Dating Around where on each episode, a new contestant is set up on 5 dates with different relationship prospects. The nature of the dates are usually sit-down dinners or drinking sessions, similar to regular blind dates.

What makes the show addictive is the fact that the 5 dates are cut and edited to appear like they’re happening simultaneously. This pins the 5 different candidates against each other, leaving viewers to root for their most preferred date option. As the contestants only reveal the candidate they’ve selected for a second date at the end, the suspense of figuring who they will choose is oddly satisfying.

This is the perfect show to watch with friends and place bets on who you think each of the contestants will pick. Some of their choices at the end might even come as a surprise. Many often try to stay away from their exes, especially when there was a messy break-up involved. However, on this show, 4 couples are given the opportunity to restore relationships that they believe are worth the trouble.

While there is a prize for a romantic getaway at the end, this doesn’t always seem to be enough motivation for contestants. As with any broken partnership, the show is filled with chaos as couples try to get their relationships back to how it was before.

Revisiting old relationships is oftentimes difficult with all the bottled up emotions and untold truths. The series is as real as reality TV gets, broadcasting all the tricky bits of sustaining a relationship. At the end of the day, we all want to hold out for the possibility that a happy ending will come for these couples, but oftentimes like any other failed relationship, it’s better to just say thank you, next — wise words courtesy of Miss Grande. Seasons: Season 1: 10 Episodes (only 3 have been released so far)

If someone offered you the chance to spend your time on an island with not just 1 but 24 charming dudes who are all vying to be “yours”, it would be tricky to say “no” for sure. This show does just that for 3 lucky ladies who get to spend their days alongside 24 men on an island.

The women must work to build a love connection with the guys they deem most suitable for them with a $100,000 prize fund set up for the winners. Sadly, that’s not the tricky part just yet. Each of the guys has been labelled “F-boy” or “nice guy” prior to the show, which is only revealed during the finale, after the 3 ladies have already made their pick of which connection they feel the most strongly for. The F-boys have stated at the start that they’re only in it for the money while the nice guys are open to finding love.

Throughout the season, the guys work at winning the hearts of the 3 stunning ladies, vowing that they are all in it for real — even if that’s far from the truth. This little experiment could be a stepping stone towards answering the age-old question: do nice guys really finish last? There’s long-distance relationships (LDRs), friends with benefits (FWBs) and even no strings attached (NSA) relationships but maybe one more acronym can be added to the list of relationships featured on 90 Day Fiance, MFV: “marry for a visa”.

On the show, couples from different time zones who’ve been communicating without ever having met are given the chance to foster their relationships on a 90 day fiance visa. We all know what comes after the 90 days because it can only be one of the 2: marriage or a break-up that sends both failed lovers straight back to their home country.

Communicating IRL is significantly tougher than online or through text but for many of the couples, they must also deal with cultural differences, concerned family members and even the reality of being stuck apart after getting married.

The show sheds light on what it’s like to face dating someone from a different cultural background who could potentially be after only one thing: a visa or worse,their wallets. Filled with days of endless hysterics and heartbreak from coping with reality, viewers get to witness the struggles and perks of having 90 days to figure out if “the one” is really their happily ever after.

Ready yourself for some tears, giggles and even gasps as you binge these crazy reality dating shows. In fact, why not make a day of it and chill with some friends taking in all the ridiculous moments together –  it’s worth all the entertainment.

Scrap the blues, if the blues don't work!