We may share the hatred for knee-length skirts and the love for communal in-school Valentine’s Day celebrations—including gifts from secret admirers, like the bung from the next class. But even years down the road, there’s just something so significant about ex-convent girls that you can sniff a mile away. When we tell others we came from an all-girls school, “Chey, can tell” is their most common response.

Even though we may sit with one leg up at home and spell great ¾ of the time, here are some traits that potentially define the typical catholic-school-bound chick.

1. No subject is awkward to us

From period talk to our early acceptance of homosexuality through the exposure of lesbian tendencies (yes I said it, call the nuns out on me), we’re as open-minded as can be.

It’s only natural for girls to congregate and talk about their ~ feelings ~. So instead of looking at us like we’re gossip queens, see us as your greatest listeners. And after hearing all the backstabbing crap pubescent girls put each other through, nothing really shocks us anymore.

Born into a culture of debate and discussion, there’s no such thing as oversharing. Because we love to talk—maybe even too much.

2. The jiak kan tang ones suck at Mandarin so bad

Aside from the well-rounded overachievers who can converse with the lao shis of course.

Maybe it’s the unhealthy addiction to witty yet derogatory banter to one another in our native language (English), but our Mother Tongue is more like a distant aunt who criticises our single status during Chinese New Year.

The only Higher Mother Tongue we know is Sarcasm, which we speak fluently. However, come later in life, we wish it wasn’t so hard to order a damn bowl of bak chor mee due to our fear-complex. When high-pitched screeches resemble our Mandarin teachers exclaiming our Chinese names, we still get jumpy.

3. We are THE masters of passive aggression 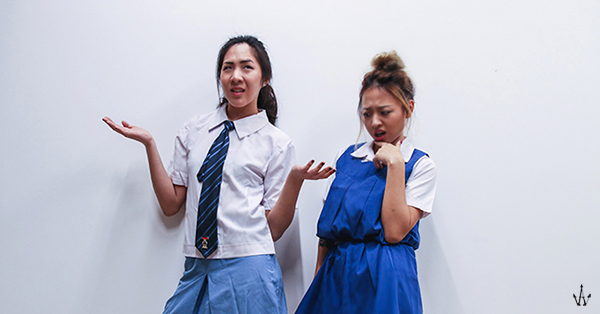 Being surrounded by the master source of passive aggression really sharpened our shade-throwing skills. Especially since girl-on-girl disputes are frequent occurrences that need to be handled covertly. But contrary to Mean Girl’s beliefs, not everything in girl-world has to be sneaky. We can sure as hell make you feel our wrath with the iciest cold shoulder, backhanded remark, and piercing death-stare. RBFs, salute!

It must be linked to the fact that we spent our most vital teenage years in an open and supportive environment that allowed us to flourish. We didn’t have boys around, so we had the space to develop our identity without being apologetic about it. No judgement, no social construct to dictate the idea of ‘ladylike’.

But it’s not like we’ve never socialised with boys outside the compounds. Just because something isn’t easily accessible, doesn’t mean we won’t find a way. It was just easier for KC girls to hunt males down when they were only one love-bridge away from St Pat’s.

Somehow, almost every convent girl you meet will have a melodramatic tendency. Maybe it’s the fact that our cohabitants for up to 10 years included many people from Drama class—which was considered pretty cool in the all-female environment. Or the fact that we thrived amidst the battlefield of girlish catfights, which honed our exaggeration skills.

Even if you weren’t heavily involved in the school’s politics, witnessing  drama alone probably rubbed off on you. You’d know how to flex that drama-queen muscle if provoked. I believe in you.

13 Things Which Only Happen In Singapore Girls’ Schools

Boob slaps. Hugs upon every interaction. Nothing is misconstrued as flirty among us the way it would be if we were to act the same way around guys. We’re comfortable being excessively touchy with our girlfriends because that’s just how much we love them. So boys, sorry for the misunderstanding.

I’m pretty sure we all knew of cry-babies in our schools. But in an all girls’ institution, it’s just more common. So we’ve learnt how to handle the superfluous emotion that runs deep within our womanly loins, expertly and efficiently.

Girls cry for an array of reasons, and yes we’ll be the first to admit—that includes shark week. We’re used to young girls overreacting to trivial problems. We don’t judge. We are just sympathetic, sensitive little angels who know where you’re coming from.

We might be susceptible to post-convent culture shock, but among our kind, the camaraderie is strong. Some label this as clique-y, but it’s just the ease of comfort with those who can tolerate our meanest, rudest, unglam sides.

We either love with all our heart, or hate with every fibre in our body. We tend to be fiercely loyal, or your presence can be considered non-existent as far as we’re concerned.

We’ve hated girls of opposing convent schools for no apparent reason, then became best friends with them some time later. Guess we all shared the same struggle of feigning skirt length when bending down every time the teachers checked if our knees were covered by the pinafore. Or the pain of getting nagged at for sitting with our legs apart. Even though that was the game plan because we had shorts underneath, obviously.

10. The bonds we forged in our convent years are lifelong 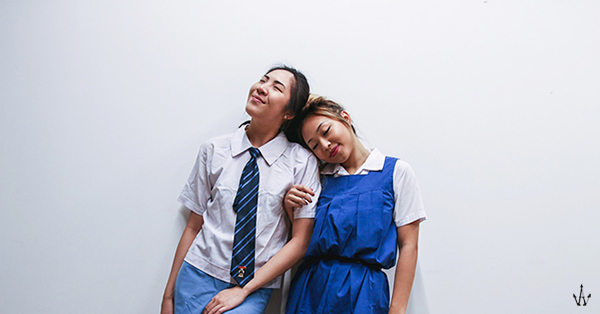 Friends come and go, but there’ll be at least 1 to 2 (or 10) girlfriends who will stick by us through thick and thin even past our convent years.

We’ve pulled one another out of every bathroom episode, PMS-induced rage and every great escape to pon morning assembly. So when that Kanye West song plays, you best believe we’re thinking about them. Because AIN’T NOBODY FRESHER THAN MY M*F*ING CLIQUE.

I like to think our species is all business in the front, party at the back. We’re just used to having righteous authoritative figures breathe down our necks with their strict rules, dress codes and culture. But that struck a good balance in us and now in hindsight, that’s what bred a bunch of fun-loving, yet proper young ladies. When the time calls for it, at least.