For those who still think your aircraft’s toilet bowl empties into the vast sky, it does not. And no, our hardworking foreign workers are not the ones who clean the waste tank.

Passengers, meet Marian Poon. This 27-year-old Singaporean girl, who graduated with a marketing degree, left her cushy corporate job to be an aircraft technician—following the footsteps of her late dad. Standing at 153cm tall, her oil-stained uniform is tailored to her small body that’s able to fit inside claustrophobic spaces in 44°C conditions.

Posted to the maintenance team, she handles big components such as engine changes. That includes flying at 3pm to another country if a  plane needs a fix.

Apart from technical work, she has to scoop faeces with her hands when waste systems get clogged. Sometimes, towels get flushed down and it’s not easy to find the area of blockage. “I’ve never been so happy to find shit in my life,” she says, when they finally hit the jackpot.

But she doesn’t just deal with physical elements; it’s also societal stigma and “ex-colleagues who treat me differently because I’m the lowest of the hierarchy,” she says.

When Marian was a little girl, she didn’t play pretend with Toys “R” Us plastic tool kits. Her father, who did carpentry as a hobby, taught her how to knock a nail straight into the wood outside the house. Marian:
I remember hitting his finger by accident. He would say, “you trying to kill your father ah,” and I would reply “your fingers so fat, can’t see the nail.”

I hated physics class and calculating the ohms and currents. Even though I was relatively good with numbers, wires didn’t go well for me. However, I was often best in class because my primary school science electrical projects were done by him. Who else had circuit boards made of actual wood secured by screws and nails? 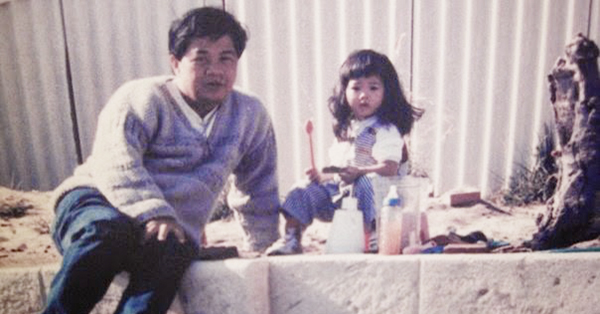 With my favourite playmate, my dad, in Australia. I loved using my spoon to violently hit things around me Father Poon’s proud moment in the cockpit of a 747 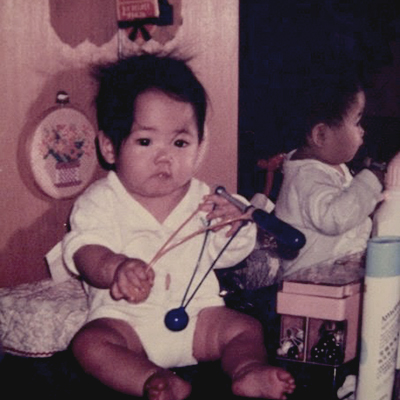 I climbed up the bed, pulled out the drawer, and sat on my sister’s dressing table. It shocked Mother Poon as it’s quite an elevated distance to the ground

My dad was a senior technician whom many people looked up to back in the old Paya Lebar days. He could make complicating problems seem straightforward. Despite going through similar routines of daily checks, he still did them diligently.

However, he sucked at computers—I had to teach him how to reach the “it is safe to turn off your computer” sign when I was 10 years old.

He was a quiet joker who would dapao kueh for random people. When he had a stroke, his last words to his beloved family were “dear, I want goreng pisang.” Even the doctor didn’t know whether to laugh or cry.

After I realised how much I wanted to be like him, I took a specialist diploma in Aircraft Maintenance and Engineering. My dream is to be a mechanical engineer and be involved in defect analysis and investigation to improve aircraft safety. It’s satisfying to see something broken getting fixed because of your time, effort and expertise.

When I became a technician, it was hard to imagine my 60-year-old dad with knee problems climbing up and down slippery metal stairs. I also discovered the inimitable smell on daddy when he came home from work; a mixture of hydraulic fluid, engine oil and jet fuel. But of course, I don’t have chemical-X; dad’s perspiration.

Working with my dad’s trainees today makes me miss him. Some say they’re proud to be teaching Poon’s daughter. When I scored top in class, my mum waved the award in front of his monotonous death photo and happily spoke to him. It’s nice to know that both my parents are proud of what I do.

When you’re dealing with super calibrated stuff carried out in the rain, with slippery wet ground, it gets challenging when night falls. We also need to take safety precautions as hydraulic fluid can burn your skin and engine oil can actually cause infertility.

One night, there was a thunderstorm that grounded all planes. 2 of our guys were stuck in the open-top tow tug. With the rain falling so heavily and no lights, it gave us the chills. Some engine components are also mother heavy; weighing 65kg or more. It would feel like a shoulder press session.

Decked in full work attire and safety shoes, work can feel like a sauna. If I walk from one end of the cabin to the other, I’ll be dripping wet. Imagine technicians who have to be in there for hours just to fix your aircraft seats and overhead bins.

When working on the pre-cooler ducting (airplane wings), the afternoon sun shining on the majestic white fuselage and wing can be blinding. Apart from weather elements, technicians have to be well-versed with the tools and sizes of fasteners.

There’s also the fan compressor, pivot lubrication and so on. It can be scary when you hear hissing sounds of high-pressure components.

Once, I juggled 4 jobs, even as a McDelivery rider for 7 years due to financial problems. While I had a 8-5 corporate job, I wanted to work with planes so badly that I cleaned private jet windows from 6pm to 4am. I had to remove every speck of dirt, even on the belly of the fuselage and landing gear.

While polishing the window trimmings, I thought, “aiya, this spot so small, nevermind lah.” But when I saw how my colleagues worked, I sucked it up. After 7 hours of polishing 24 window trimmings, the plane was shinier than my room mirror. Some of the guys had blisters on their hands because of the cruelly vibrating machine polishers.

Seeing the way some technicians and engineers carry out tasks inspires me. They’ve probably inhaled more hydraulic fumes than I’ve inhaled oxygen. My entire life experience is nothing compared to their entire skill-set. 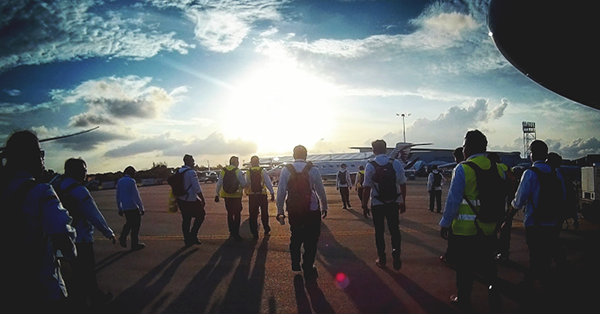 Every morning at 7am, we face the rising sun as we head towards our container. While going back, the setting sun always greets us 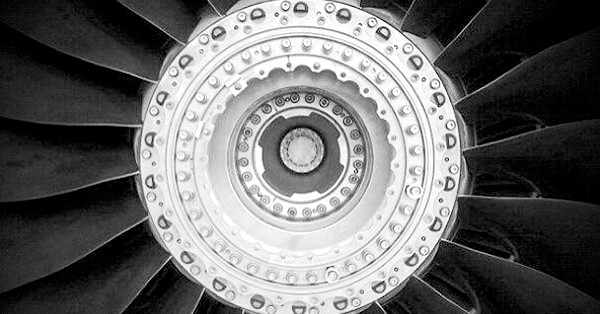 The landing gear is one of the key components of a plane. After an engine change, we’ll cross our fingers and hope the value won’t rise—just like market shares. If the deviation is too high, we’ll repeat the whole process. Despite long hours, to see the value drop to 0 feels good. Every little thing makes a huge impact. The weight of a coin can change the engine vibration survey results a lot 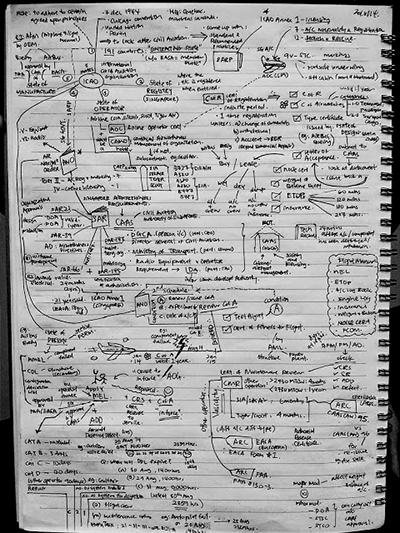 This mindmap is a compilation of what the instructor did over 6 -7 wipes of the 1.5 x 1m white board in class.

Everybody says that they want this and that, but one should take action rather than lament everyday.

A woman must be confident in her strengths and acknowledge her weaknesses. Work smart, because some physical limitations are real. It’s less about how one man or woman can contribute, and more of how each member can work cohesively, with respect and without prejudice.

When I was a trainee, I almost caused a delay of a B777. Due to a loose screw, it took hours of troubleshooting to rectify the problem. Lesson learnt? Always refer to the Aircraft Maintenance manual, trust your colleagues, and mai kan chiong.

What I love about this line of work is that everything is done purposefully due to time pressure, which increases productivity. It’s obvious when one really enjoys his job versus when one does it only for money. Both technicians and engineers need to be responsible yet humble; humble towards technology and respect for its roots. We shouldn’t overestimate our competence and make assumptions.

Gender-ratios are skewed and people may look down on you. However, remember that this industry is beautiful. Despite everything, there is a place for everyone; especially since not everyone can fit into wing tanks.

With this, I shall end off with my favourite quote by Henry Ford, “When everything seems to be going against you, remember that the airplane takes off against the wind, not with it.”

So the next time you buckle your seats on SQ’s B777s, know that you’re sitting on hours of hard work, sweat and blood to allow the aircraft to be ‘fit for flight’ and pangsai-safe.

And please remember: do not flush your sanitary pads and towels down the toilet bowl.

Singaporean Cabin Crew Secrets: What I Wish I Knew Before Signing Up