The minute dining-in resumed in Phase 2, you might have rushed out of the house to start working in a cafe with free Wifi and power plugs. But for those who still prefer not to be outdoors for prolonged periods of time, Starbucks has you covered. The company has released a catalogue of virtual backgrounds, so you can feel like you’re in a cafe during your next Zoom call, while in the safety of your own home.

It’s not just generic coffeehouse backdrops either. The selection includes Instagram-worthy Starbucks locations around the world, including the one designed by starchitect Kengo Kuma in Fukuoka. Go big and stay home with an interior shot of the world’s largest Starbucks as your backdrop. The Starbucks Reserve Roastery in Chicago spans 5 whole floors and covers a whopping 35,000 square feet. This shot in particular is of the Experiential Coffee Bar. We’re loving the turquoise and gold colour scheme, which is sleek and playful at the same time. If you prefer something warmer and less industrial, go for this image of the Starbucks Community Store in Jonesboro, Georgia. With the morning sun “streaming in”, and a cuppa in hand, morning meetings might just be less painful than they used to be.

For design and architecture buffs, look no further than this picture of the Starbucks store located close to Dazaifu Tenmangu shrine in Fukuoka, Japan. The store was designed by world-renowned Japanese architect Kengo Kuma and has a matrix of over 2,000 wooden sticks. Your colleagues on the same call might just feel more inspired after looking at it too. 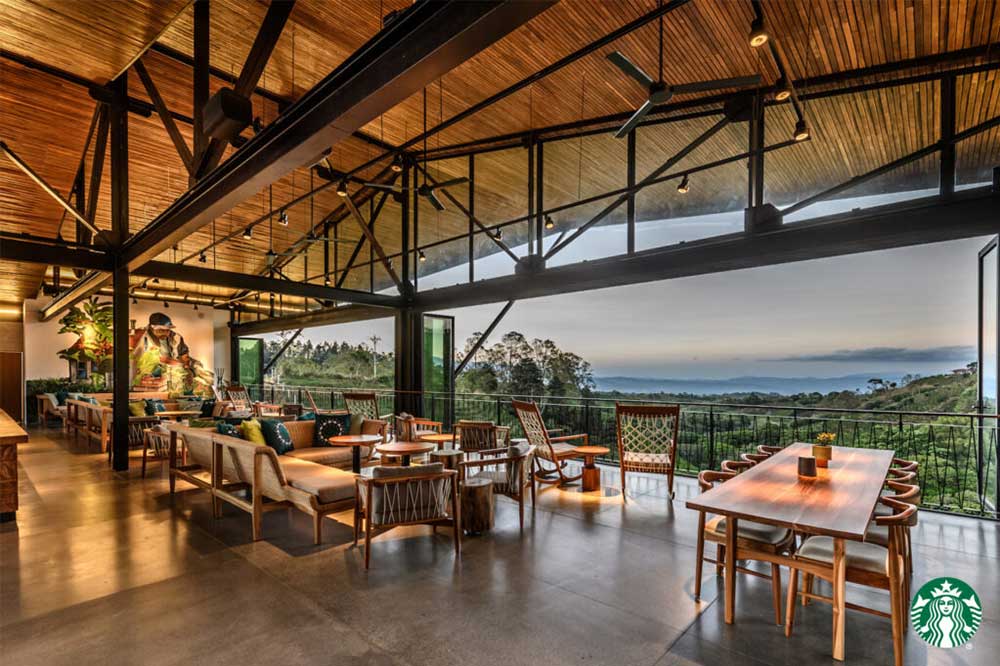 Satiate your wanderlust with the jaw-dropping view from the Starbucks open-air cafe at Hacienda Alsacia Visitor’s Center in Costa Rica. Hacienda Alsacia is the first and only Starbucks coffee farm. Take a deep breath and you can almost smell the coffee in the air. 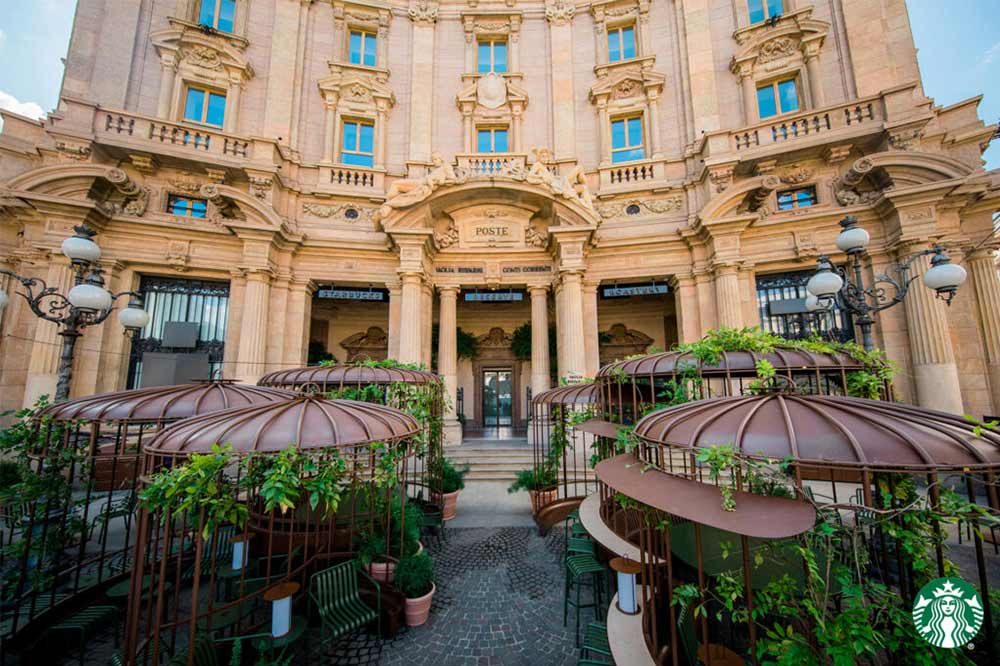 You can work al fresco while WFH with the Starbucks Reserve Roastery in Milan as your background. The lush leafy terraces contrasted against the former post office in Palazzo delle Poste make for a fascinating blend of old meets new.

6. The original Starbucks store in Seattle 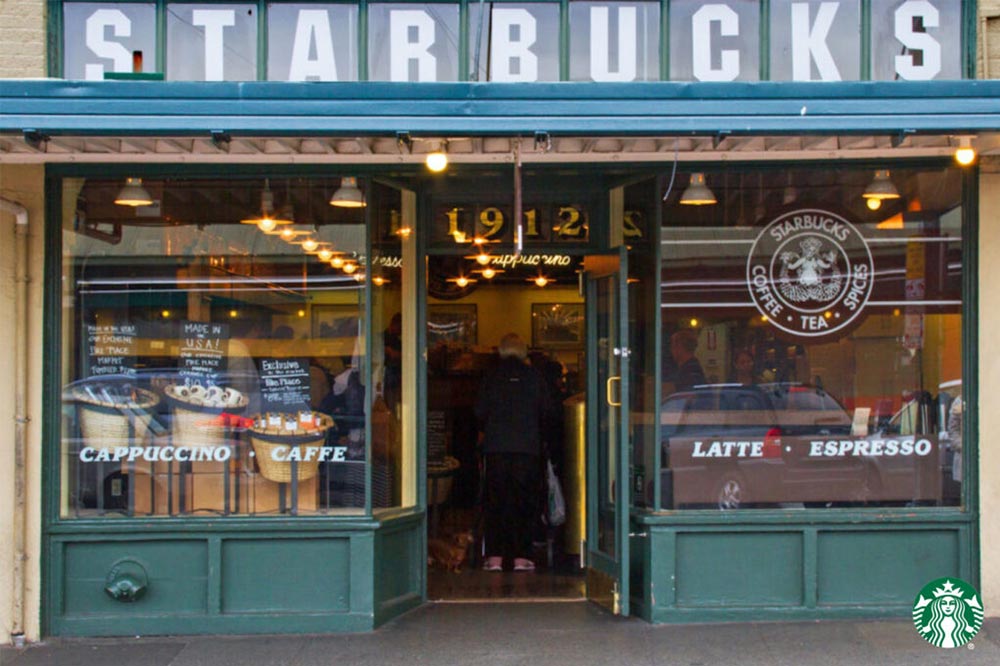 Starbucks nerds and pop culture lovers alike will know that Starbucks was birthed in Seattle. Get a major boost to your street cred with the OG Starbucks store at Seattle’s Pike Place Market as your backdrop (you just gotta casually drop it into the convo). 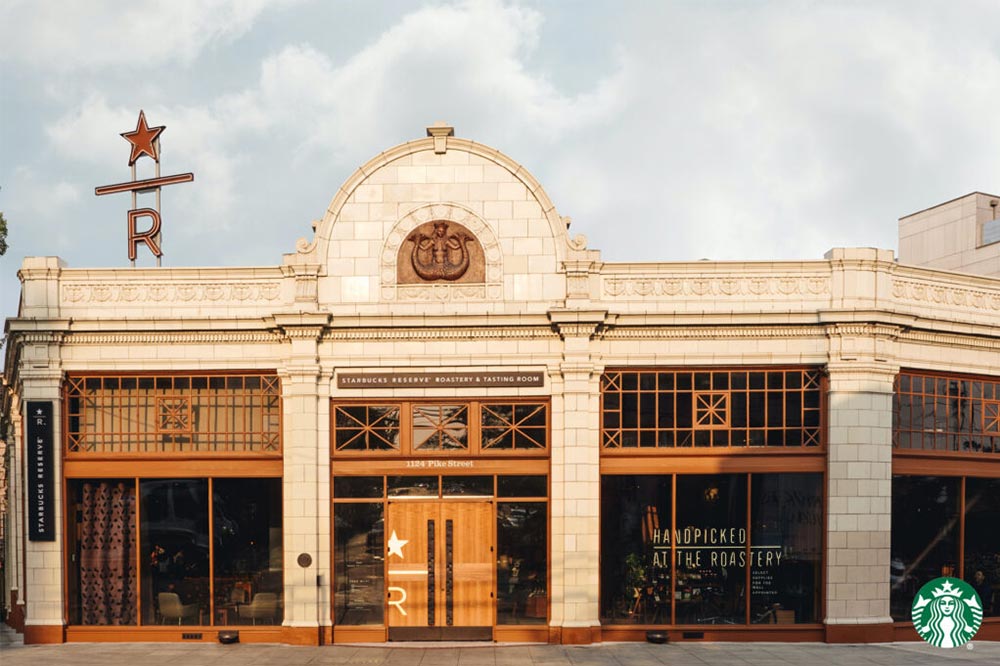 Located 9 blocks from the original Starbucks Pike Place store, this building houses the first Starbucks Reserve Roastery. You can alternate between the 2 Seattle backgrounds, depending on whether you’re feeling old-school or artisanal vibes. 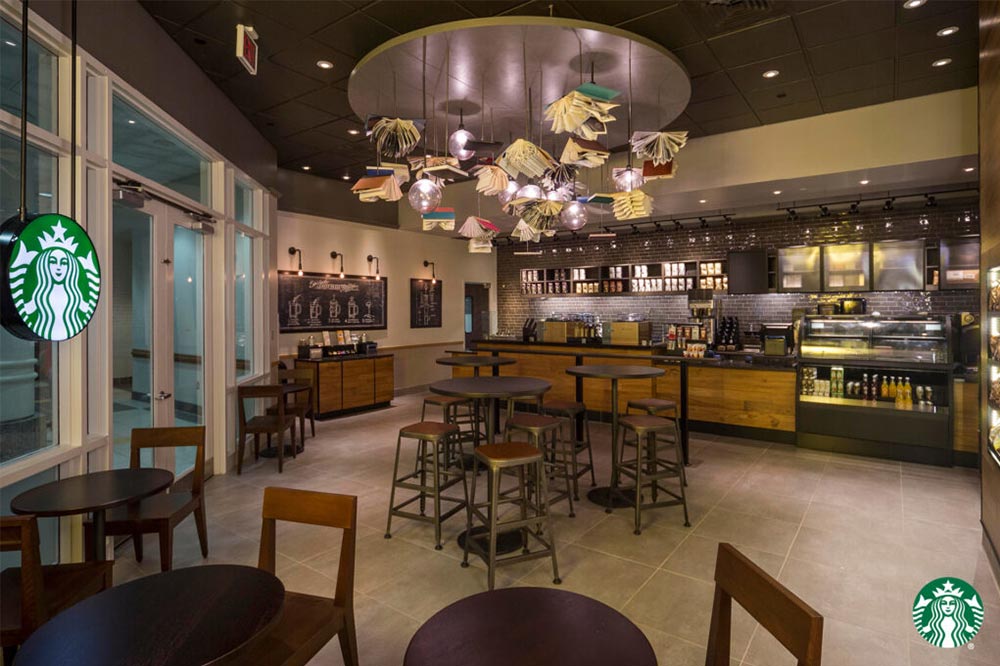 Throw back to your days spent mugging at Starbucks cafes around the island with this visual. The Starbucks store at George Mason University in Fairfax, Virginia, has a very fitting centrepiece consisting of 34 flying books and glass globes. 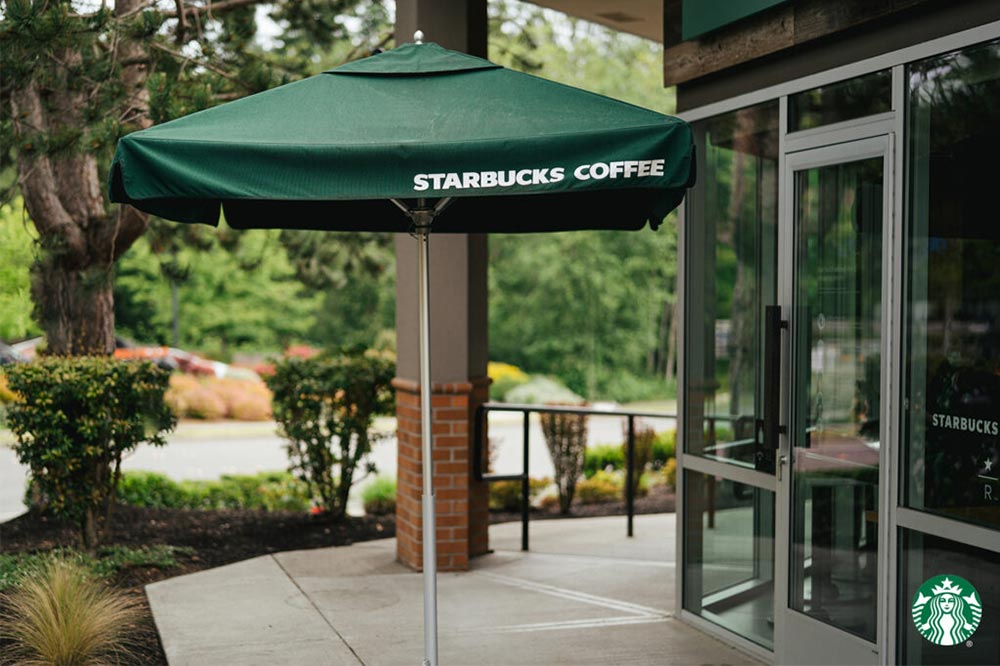 This one’s for those who prefer to keep it real. It’s a shot of the patio at the Starbucks store in Bainbridge Island, Washington, but TBH, it looks like it could be your local Starbucks too.

Starbucks Virtual Backgrounds Is For Those Who Miss Cafe Hopping

For many Singaporeans, cafe hopping is a must-do when travelling. Until those days return, Starbucks’ virtual backgrounds will help you feel like you’re dining in at its outlets across the world. You can download the entire collection courtesy of Starbucks and start using them at your next Zoom meeting.

All images courtesy of Starbucks.