Toxic Positivity Is All Around Us

Let me paint a picture for you.

You’re sitting in your room. Phone in hand, you’re pouring your feelings out on Instagram Stories to your ‘Close Friends’ list. You share about your day: an irresponsible group member, an unreasonable boss or a demanding friend. You’re not one to gossip about others, particularly online, but this time round, it has gone too far.

“I seriously can’t take this sh*t anymore. What should I do?”

Before you know it, a stream of replies follows through. You click on your inbox and see a series of responses from your ‘Close Friends’.

“Aiyah, just deal with it. I also kena before and I survived!” “Eh at least you got a job. The pay not bad right?” “Just tahan babe! You can do this!”

Or maybe, their responses read a little something like this: 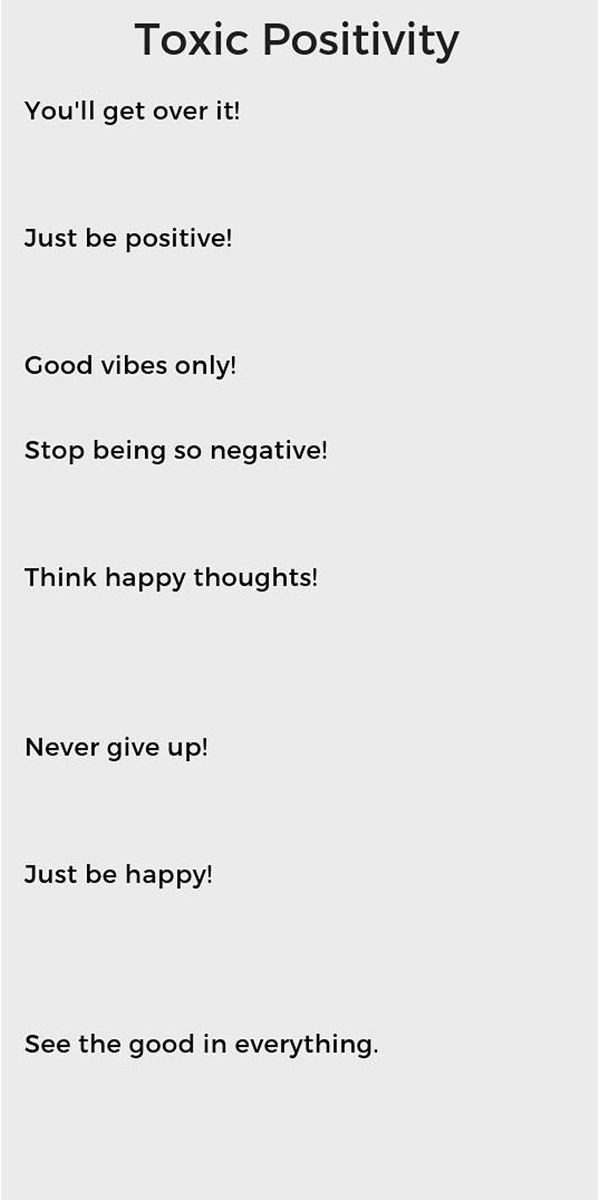 If any of these phrases ring a bell, you might’ve been a victim, or perhaps a perpetrator, of toxic positivity.

Before we go on to question every piece of advice that we’ve received or dispensed in our lifetime, it’s important to first understand what defines toxic positivity. The full picture via @sitwithwhit

As seen in psychotherapist Whitney Hawkins Goodman’s viral Instagram post, it is hard to navigate between toxic positivity, and actual comments that validate your fears and insecurities.

When I hit 21, I became immensely anxious and self-conscious. The people around me were blossoming, while I remained rather stagnant. I had no talents, no specific interests and my skills were nothing exceptional. It was an advanced mid-life crisis.

As a result of these self-induced pressures, I was constantly down. Instead of reaching out for help, I shared my concerns with some friends—let’s call them Group A and B.

Group A convinced me that I was in a far better position than most of my friends and I should be grateful for the privilege to follow my dreams. They also told me to “toughen up”.

Group B acknowledged my emotions and told me to be gentle with the expectations I had of myself. They shared some of the good traits they had observed about me, to cheer me on and prove that I was not the useless person I had conceived myself to be.

In my mind, the advice from both groups made sense. I knew they all had my interests at heart.

I have since recognised that, like a lot of well-intentioned advice out there, Group A’s dismissive remarks were symptomatic of toxic positivity.

While these remarks are intended to be motivational, they fail to recognise the emotional needs of different individuals.

More often than not, the person in need feels worse off, as they feel that they are the only ones incapable of achieving what everyone else had previously managed to do.

The insidiousness of toxic positivity

When faced with positive advice marked with a toxic undertone, our first thought is often to accept it.

It is hard to be critical when you’re overwhelmed with sadness, defeat or other “negative” emotions. We tell ourselves that if others have done it, so can we. We believe in the power of staying positive to overcome bad emotions because one can always “fake it till we make it”. It’s all in the mind, isn’t it?

The underlying sentiment behind phrases like “you’ll get over it” involves denying the other party the opportunity to feel their negative emotions, simply because there is no room for negativity. That negativity dampens your mood and holds you back from the good things in life. As they say, good vibes only.

By denying ourselves the opportunity to feel negative emotions, what we’re doing is essentially suppressing them. And the more we try to suppress these negative feelings, the more they will eventually resurface.

Before we know it, these emotions manifest themselves in various forms—depression, anxiety or even social isolation. We retreat from the world so that we don’t have to deal with the negative feelings.

But this is not how life works. There won’t always be rainbows and butterflies, and it is only human to feel down at times.

The bottom line is this: don’t let anyone invalidate your emotions. Regardless if they are negative or positive, all emotions are valid and deserve equal attention. 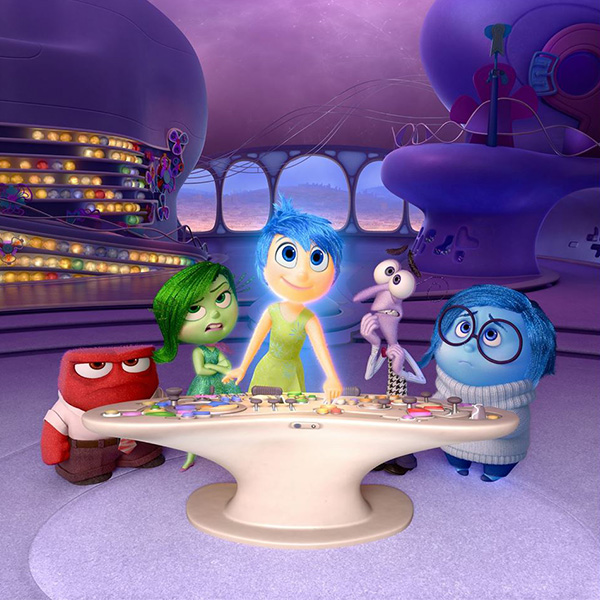 Once you are able to identify and consciously avoid toxic positivity, it’s time to work on what you’re feeling.

Often, when encountering situations that make us uncomfortable or upset, we either choose to suppress our emotions or express them in a frustrated manner. Rarely do we actually stop to contemplate our emotions and the reasons causing us to feel a certain way.

In learning how to befriend our emotions, one core practice is to ask yourself questions like, “Where is this feeling coming from?” or “Why is it that I feel this emotion when this thing happens?”

Such introspective questions are a great way to understand your feelings beyond the label you previously attached to it.

Rather than seeing sadness as an inescapable condition, probe deeper to see if there are other issues afflicting you and if they are directly correlated to sadness. Perhaps you might discover feelings of helplessness, worry, or maybe insecurity.

While it is easy to instinctively beat yourself up for feeling such negative emotions, it is important that you learn to embrace your emotions mindfully.

Instead of getting caught up in the drama of an emotional reaction, a mindful person would observe the emotion without judging it as the right or wrong way in that given situation.

Only by doing so, will you allow yourself to create the space to choose a healthier, and kinder, response.

How To Help A Depressed Friend: A Guide To Being There For Them Without You Feeling Emotionally Drained

Alvina is a Netflix junkie and loves sitcoms. When she’s not being a couch potato, chances are that she’s falling asleep.