Bid farewell to the days when you have to use different kitchenware just to whip up a meal that requires frying and grilling. Now, there is a cooker with multiple cooking functions where you can execute multiple cooking methods all at the same time. Whether it’s deep dry to baking, continue reading on to learn more about this functional cooker.

Dubbed as the Cozy Cooker by Japanese brand Toyomi, this cooker stays true to its name thanks to its various cooking options ‒ deep fry, grill, bake and boil ‒ in a small body.

Despite its petite dimensions of 42.5cm x 26.3cm x 20.2cm, the cooker is divided into different sections that allow you to go ahead with multiple cookings at the same time. 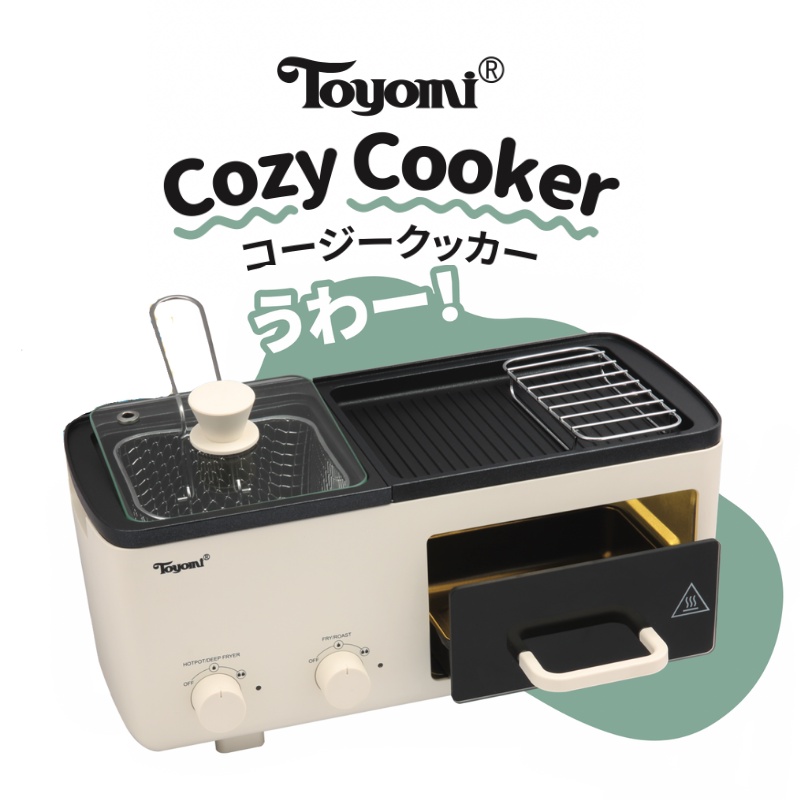 The left side of the cooker is home to the 0.8 litres non-stick pot where you can alternate between deep frying and boiling. It comes with a deep-frying basket with a glass lid so the oil won’t splatter onto you when you fry a batch of frozen snacks. 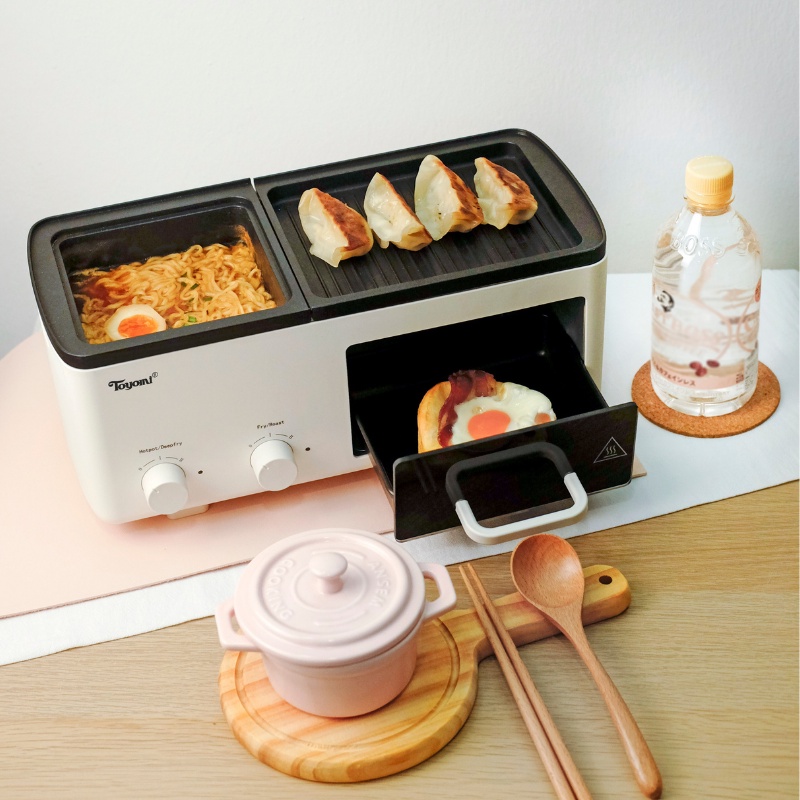 On the right section is where things get a lil’ exciting as you can find both the non-stick grill pan and oven. You can grill Japanese gyozas on top while you wait for potatoes to be baked in the mini oven below for example, saving yourself cooking time. 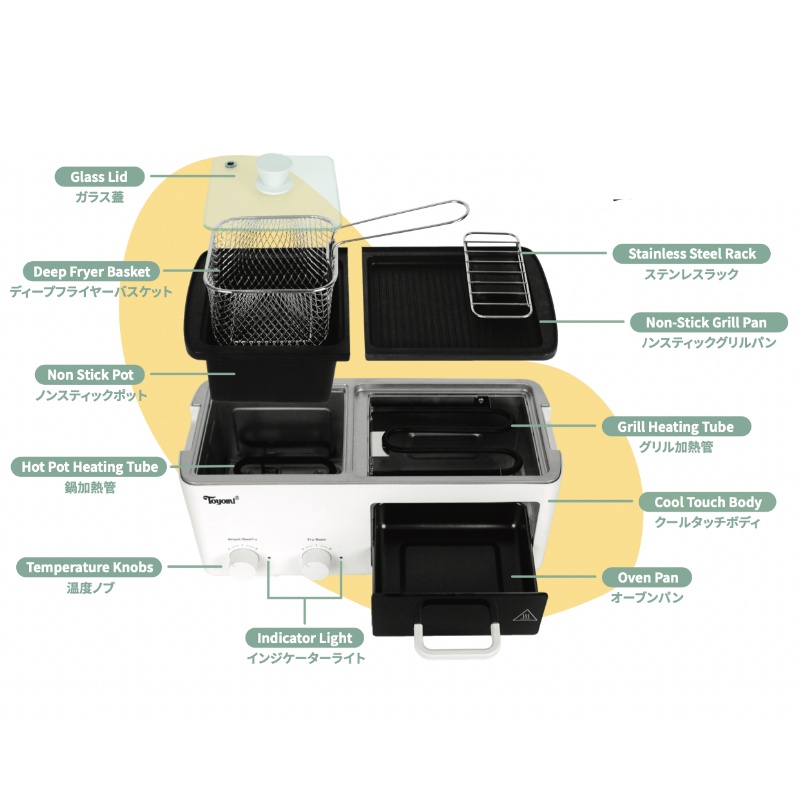 As both the left and right segments of the cooker are equipped with M-shaped heating grills, rest assured that your food will be cooked evenly. Plus, the cooker comes with two temperature knobs to control the heating settings of each cooking option. Those with young kids at home would also appreciate that the cooker has a cool-touch body. This way, you won’t scald yourself when you accidentally touch the cooker when it’s switched on.

Once you’re done preparing your meal, the detachable function of its cooking parts also makes cleaning and washing up easy.

Now that Singapore is back to social gatherings of 5 pax, having this Toyomi Cozy Cooker at home allows you to enjoy a fun gathering with your foodie gang. You can purchase the cooker on Shopee at $108 either for yourself or for your Secret Santee this festive season.

All images courtesy of Shopee.

This All-In-One Toaster Serves As A Kitchen Genie Lamp By Doubling As A Rice Cooker, Steamer & Grill