Antasha Zahra – Living As A Trans Woman In Singapore

Growing up and living as an LGBTQ+ individual in Singapore comes with a host of unique challenges. What makes it hard to deal with is the lack of representation in the media, clear sources of guidance, and role models to look up to. Of course, each person’s lived experience, especially in the LGBTQ+ community, is different. But sometimes, having someone to relate to can make a world of difference.

Earlier this year, we invited Antasha Zahra down for an episode of our YouTube series, Ask ZULA. Antasha, affectionately known as Zaza, is a 20-year-old trans woman living in Singapore. During her interview, she shared about her lived experiences in the local trans community, undergoing Hormone Replacement Therapy (HRT), dating as a trans woman and cleared up some common misconceptions about the trans community.

Journey to finding out she was trans 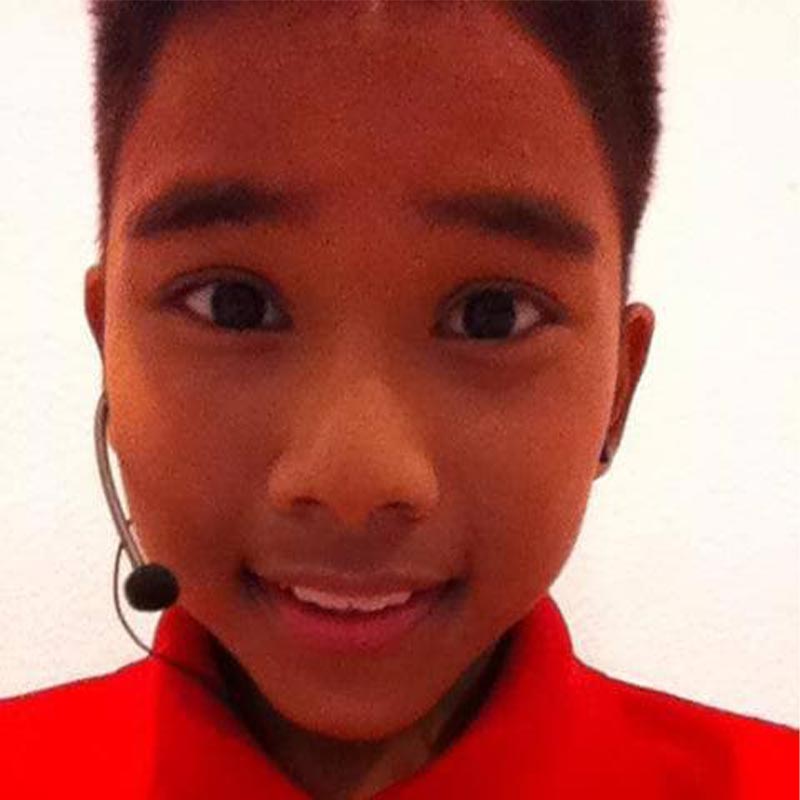 Growing up, Zaza enjoyed the performing arts, preferred to have more “feminine friends” and in general “loved to play with ‘girly stuff’”. Although she felt this was nothing out of the ordinary, her male peers in primary school thought otherwise, subjecting Zaza to bullying for her involvement in the performing arts.

As a young boy then, not having been exposed to the LGBTQ+ community or concepts, Zaza regarded herself simply as a “boy who likes ‘girl stuff’”. However, when Zaza entered a heterosexual relationship she realised she was not entirely happy or comfortable in her own skin.

Zaza then tried to explore the idea of being gay at first, which she described as a “rollercoaster”. Her relationship with her first boyfriend was not exactly rosy. He was super “touchy” and Zaza herself felt rushed [into things]. Dating guys made Zaza a lot more exposed to the LGBTQ+ community, leading to her meeting her first trans friend.

“It made me feel happy looking at her and I wanted to feel that kind of happiness when looking at myself,” she said of her friend. Zaza’s friend taught her about being trans and the trans community in Singapore, which served as a gateway for Zaza. 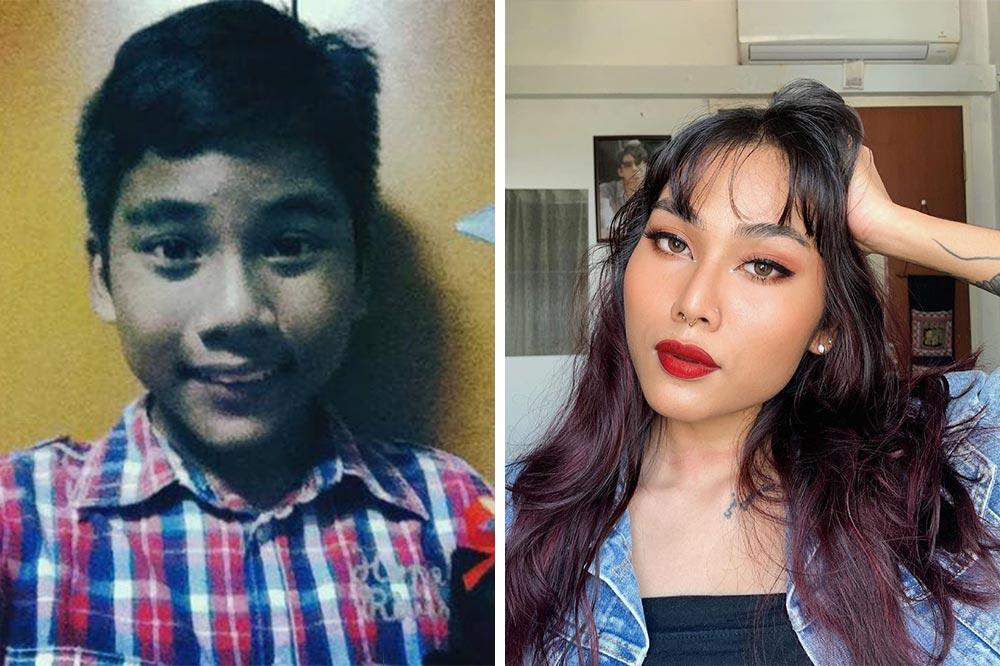 Zaza’s foray into HRT was actually a rather informal process. She herself was never really exposed to LGBTQ+ resources to educate herself with. Instead her trans friend was the one who guided her through the process of starting HRT.

She began HRT by taking hormone pills. At that point in time, Zaza recalls not being “100% serious about it”. She had a “forgetful attitude” and took her pills inconsistently without a fixed schedule.

Getting exempted from NS

It wasn’t until facing the prospect of serving National Service did Zaza begin HRT in earnest. When she turned 18, Zaza was called up to go for her pre-enlistment medical checkup, the first step into a Singaporean son’s military rite of passage.

Upon arriving at the Central Manpower Base (CMPB) for her checkup, Zaza told the receptionist upfront that she was transgender. Unexpectedly, this elicited “no reaction”.

Subsequently, she had a consultation with the doctor and told him that she was taking hormone pills. The doctor then put Zaza’s medical status on hold for a year, and Zaza was advised to continue taking hormone pills in the interim. At the end of the year, she was to produce a memo from the Institute of Mental Health (IMH) stating that she had been undergoing HRT for a year to exempt her from National Service.

Zaza shared that there are multiple methods of administration for HRT including pills, patches and injections. Currently she is only on pills after being on all 3 in order to regulate hormone levels.

“A side effect of these hormones is mood swings” which according to her, is an almost universal side effect experienced by her fellow trans friends. For feminising HRT like Zaza’s, the hormones also work to grow out the chest area and smoothen out body hair. Plus, weight gain and fat redistribution is a prospect to be considered too.

“There are pros and cons to HRT and it’s something you have to really think through,” Zaza explains. Serious commitment is required and medication must be taken daily for the rest of one’s life. Not only that, there will be obviously major physical changes to the body as well.

Acceptance and challenges from society 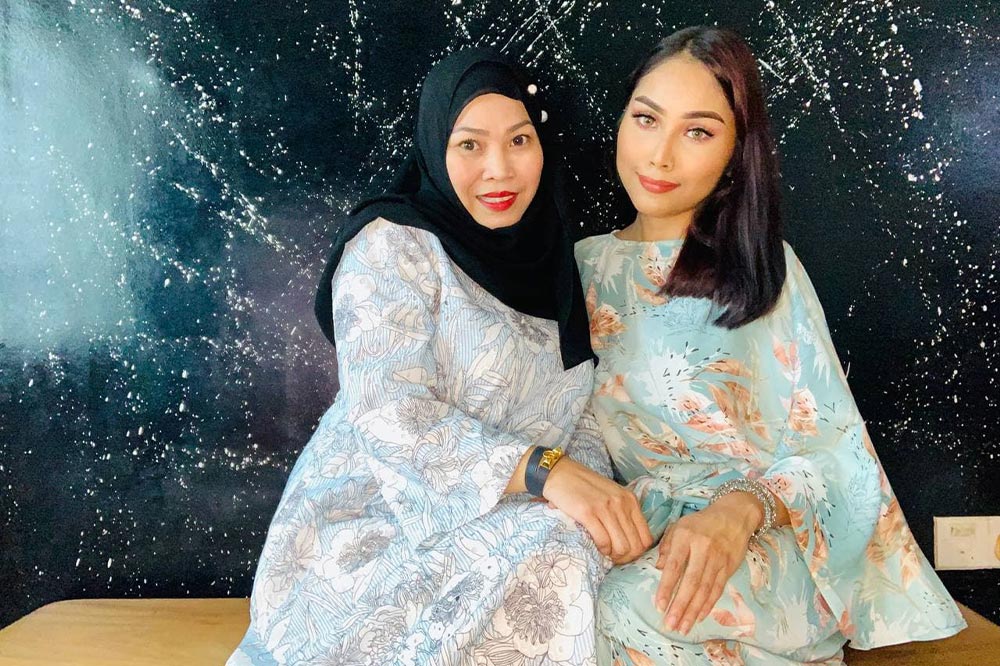 Despite today’s rhetoric of being true to ourselves, acceptance is still a luxury for some. The trans community in Singapore especially, as Zaza puts it, is “constantly fighting for love and acceptance”.

Fortunately, Zaza’s mother, someone who has acquainted herself with people in the LGBTQ+ community, is very accepting, and has affirmed Zaza that “[she’ll] be [her] child no matter what”. However, the sentiment is not shared by all relatives as up till this day, Zaza still skips family events.

Speaking for her fellow transgender friends, she revealed that they also experience a fair share of discrimination at work. This includes instances of customers making mocking or uncalled-for remarks toward them. Unfortunately, not many workplaces are safe spaces for members of the transgender communtiy to make a living.

Navigating the dating world as a transwoman

A life lesson Zaza taught herself after dating while transitioning is that some men would only “use [her] for their pleasure”. Some men also fetishsize transwomen as an “object”, viewing them as a “fantasy”. She relays that this experience is shared by fellow trans sisters in the community as well. 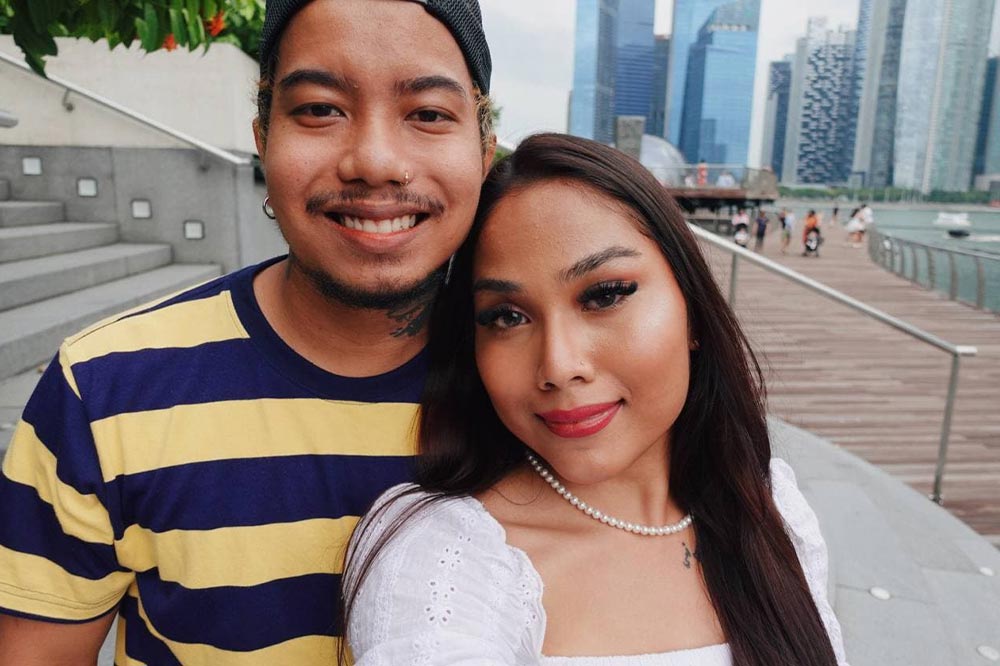 Zaza is now in her second serious relationship after transitioning, with her current boyfriend of 2 years. The relationship, she describes, is just like “any other normal relationship”. She also stressed that being a straight man dating a trans woman “doesn’t make you gay”. This is because trans women should be viewed as females.

Her relationship itself is “full of ups and downs”, just like any others. Although she views the relationship as completely normal, the biggest obstacle she and her boyfriend face is still regarding acceptance from people around them.

Zaza recounted an incident where the couple’s mutual friend called up her boyfriend to tell him that their relationship “was so wrong”. Despite resistance from some peers, Zaza is mostly surrounded by friends who are supportive of the relationship and everything is much better for her now.

Family-wise, to Zaza, it’s a “lose some, gain some” type of situation. While she has cut ties with some over her sexuality and relationship, she has forged new bonds such as with her aunt and cousin.

Misconceptions about the trans community 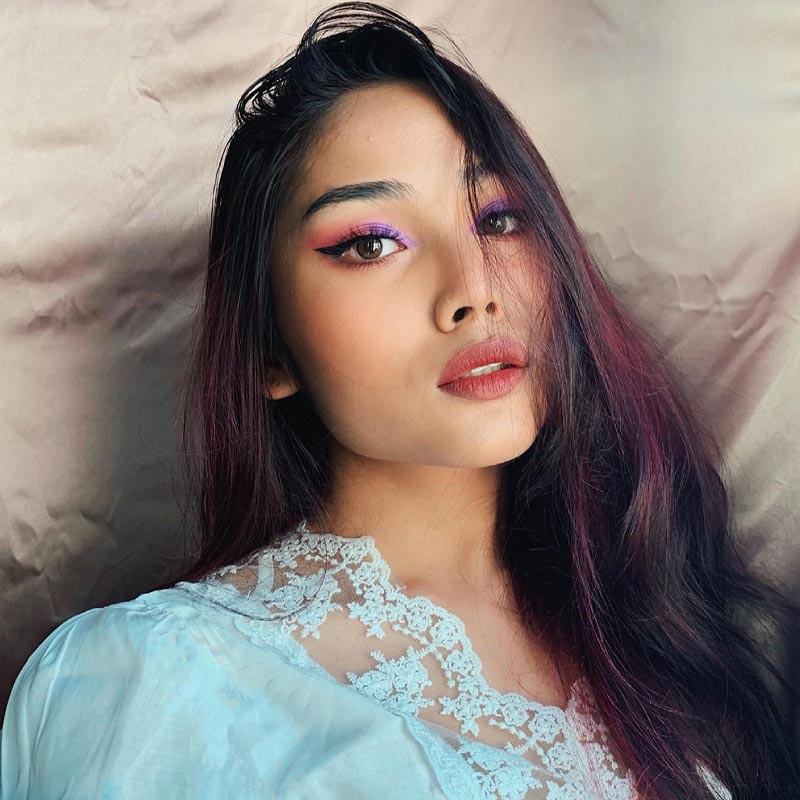 What it means to be transgender

During the interview, Zaza made it a point to clear up a common misconception about her community: that being trans means undergoing a surgery.

For the uninitiated, the surgery in question is Sexual Reassignment Surgery – SRS for short. To put it simply, the procedure involves changing your existing sexual organs to that of your identified gender. Or in Zaza’s comical TL;DR – “you have that male part, you chop, and then become the female part”.

Zaza asserts that you can still identify as transgender without undergoing SRS. In fact, there are many reasons why those in the trans community don’t undergo SRS, including religious and financial concerns. It’s best to let our trans friends live their lives instead of making assumptions and questioning their decisions.

Another big misconception Zaza shut down was that all trans women are sex workers. She added that even if they are, there is absolutely no shame in doing sex work. She implored others to be understanding because trans women sometimes have no other choice as they are not accepted elsewhere in the job market.

Advice for allies and others in the community

As the interview with Zaza wrapped up, she shared some additional nuggets of wisdom.

“Keep your head high, don’t let your crown fall” were the words of encouragement Zaza left for fellow members of the LGBTQ+ community.

“It’s really important to be there for one another,” she added. “Because having a support system, even just a friend to rant to, can make the journey a lot less depressing.”

For straight allies looking to support the trans community, Zaza suggested to “research on transgender people on Singapore”. There are a wealth of articles online about issues pertaining to transgenderism like SRS, which allies can read to further their understanding too.

If you recall, a piece on ‘woke culture’ was published on TODAYonline earlier this year. In the article, the writer cited the trans community as an example of why she is afraid to ask questions over the fear of being “cancelled”.

When asked about her response to the article, Zaza personally thinks it’s about asking “at the right place, at the right time”. Simply put, she feels it’s alright to clarify doubts about the trans community so long as questions are asked respectfully, in the right setting and with some degree of familiarity between both parties.

Dating and Undergoing Hormone Therapy As A Trans Woman In Singapore

Zaza’s story definitely shed more light on what it’s like being transgender in Singapore. As we walk away with a better understanding of trans individuals, remember that Zaza’s journey, while inspirational, is not representative of the entire LGBTQ+ community.

At the end of the day, be respectful, be understanding and be kind. It’s okay to have questions and doubts, whether you’re a part of the LGBTQ+ community or an ally to the cause.  Ultimately, we should strive to validate each individual’s story and struggles to achieve greater acceptance in society.

For our transgender readers and friends, while having a support system is important, we recognise that this is not something that’s always readily available. Here are some resources and organisations you can refer to if you’re looking for guidance online:

Cover: Source, images courtesy of Antasha Zahra.
Some quotes have been edited for brevity and clarity.