With Halloween right around the corner, you know the drill – it’s time for a scary movie marathon. If you need recommendations, why not start with the classics like Friday the 13th, A Nightmare on Elm Street or basically anything by the horror-flick god, Stephen King.

And to honour the season even more, Vans is releasing a selection of kicks inspired by everyone’s favourite chillers. Their usual sneaker models have been revamped with motifs from 4 different films, designed to get you in the mood for all things spooky. 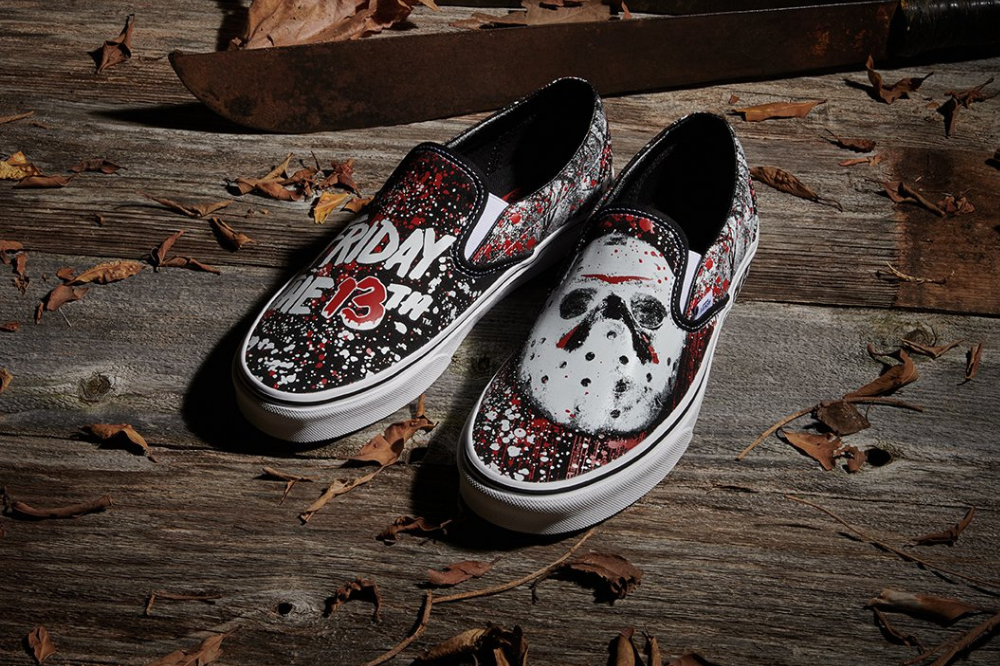 When it comes to horror films, Friday the 13th has it all – a tragic backstory, a masked killer and well, a creepy lake. The new Vans slip-ons summarise the story with the iconic hockey mask printed on one side and the movie’s title on the other.

The base of the shoes are black with white and red splatters all around for that bloody finish. 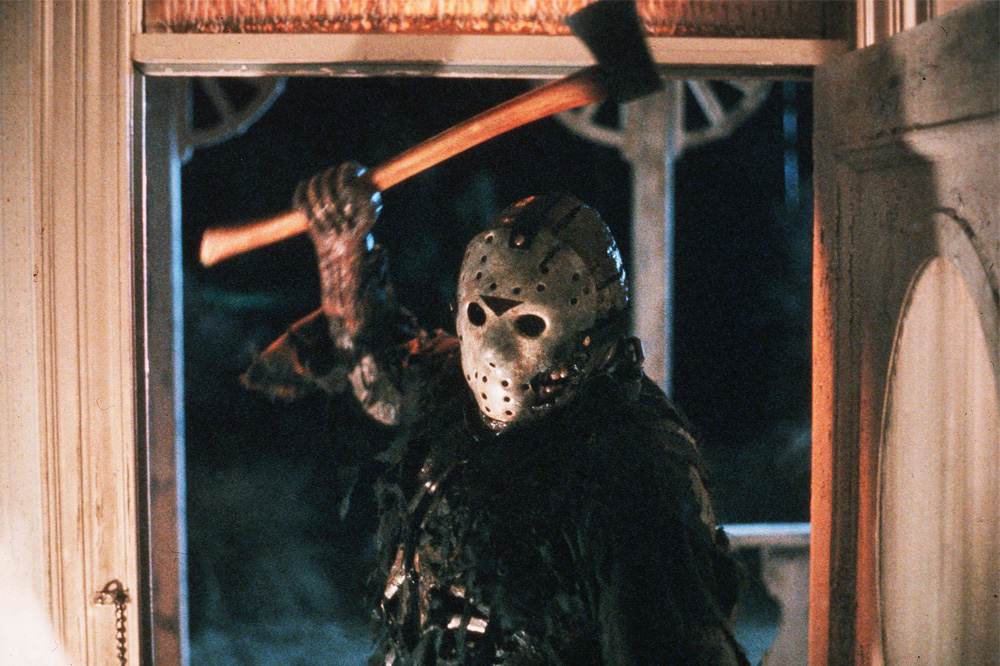 I’m sure these kicks get the Jason Voorhees stamp of approval. If you want a pair of sneakers that take you beyond the macroverse, you can consider these It- themed Eras. With a checkered print on the vamp and the rest of the upper coloured black, motifs of the films notorious red balloons give the shoes an almost devilish vibe.

To top it all off, the words “you’ll float too” are inscribed on the side. 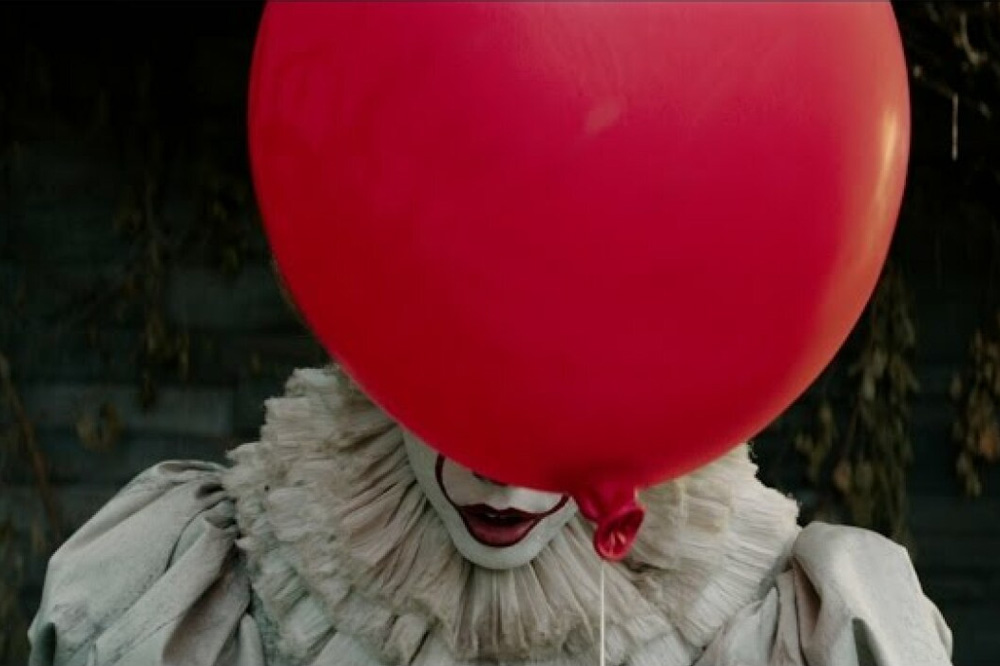 Why not gift this pair to a friend who simply loves clowns?

A Nightmare on Elm Street 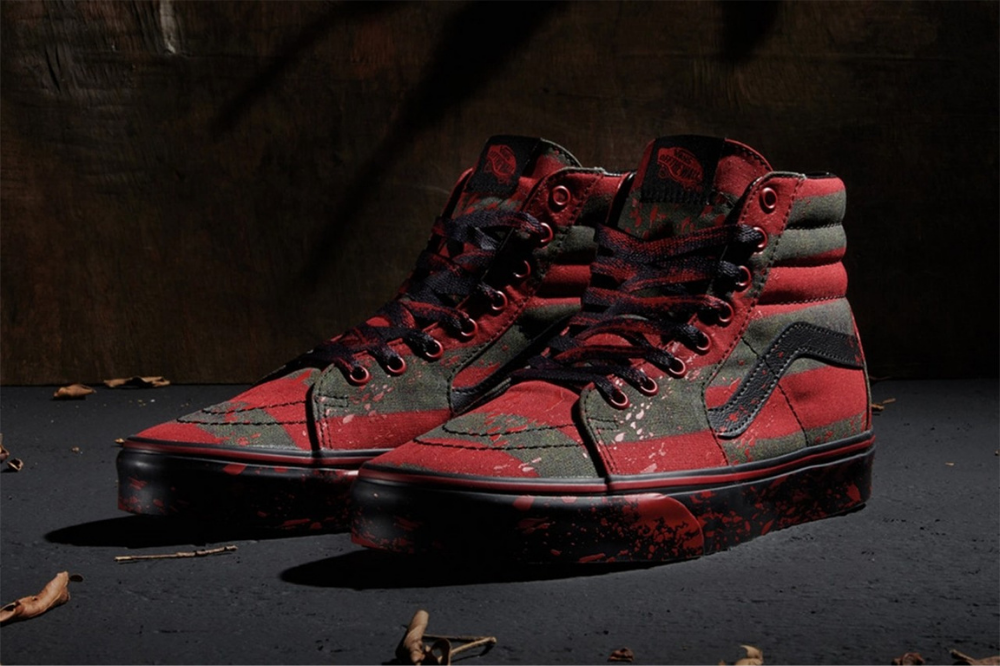 One, two Freddy’s coming for you. The next pair of Vans in the collection are made to resemble Freddy Kreuger’s striped sweater from A Nightmare on Elm Street. Similar to the clawed killer’s ensemble, the shoes are red with blacks stripes. As a nod to the film, there’s even the addition of blood splatters all over the Sk8-Hi’s – nightmare-worthy indeed. 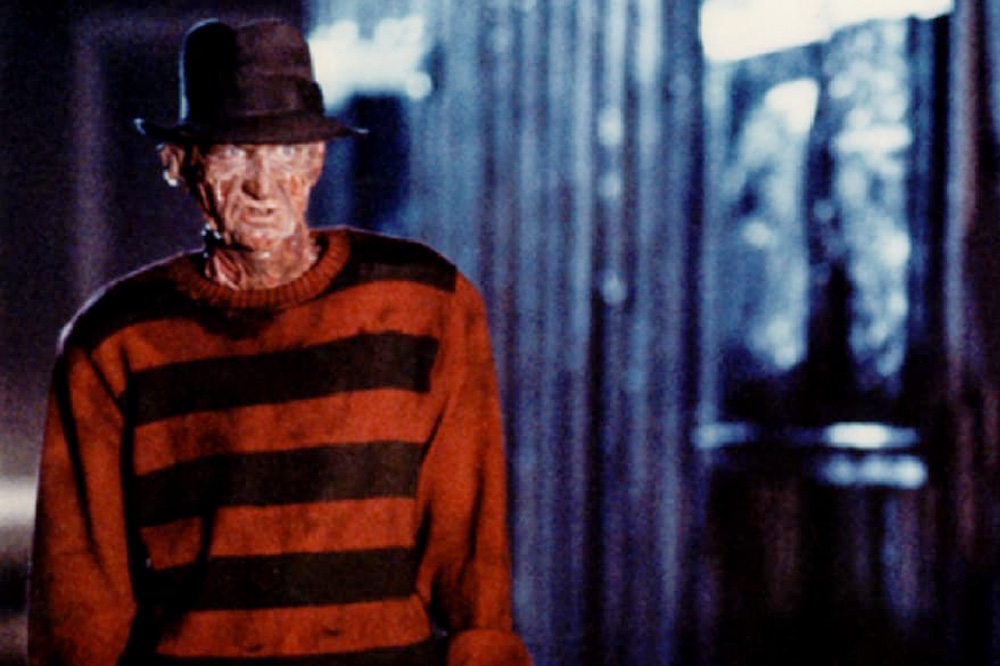 Maybe Mr Kreuger will think twice before going in for the kill when he spots your brand new sneakers. The last pair of kicks celebrate possibly one of the most treasured horror films of all time – The Shining. Also Sk8-Hi’s like the previous pair, the shoes feature the films original poster design printed all over the upper in yellow with black detailing.

And, the embellishments don’t leave out the spine-tingling phrase “Redrum”, which is imprinted all over the white bottoms as if they were handwritten with a black marker. 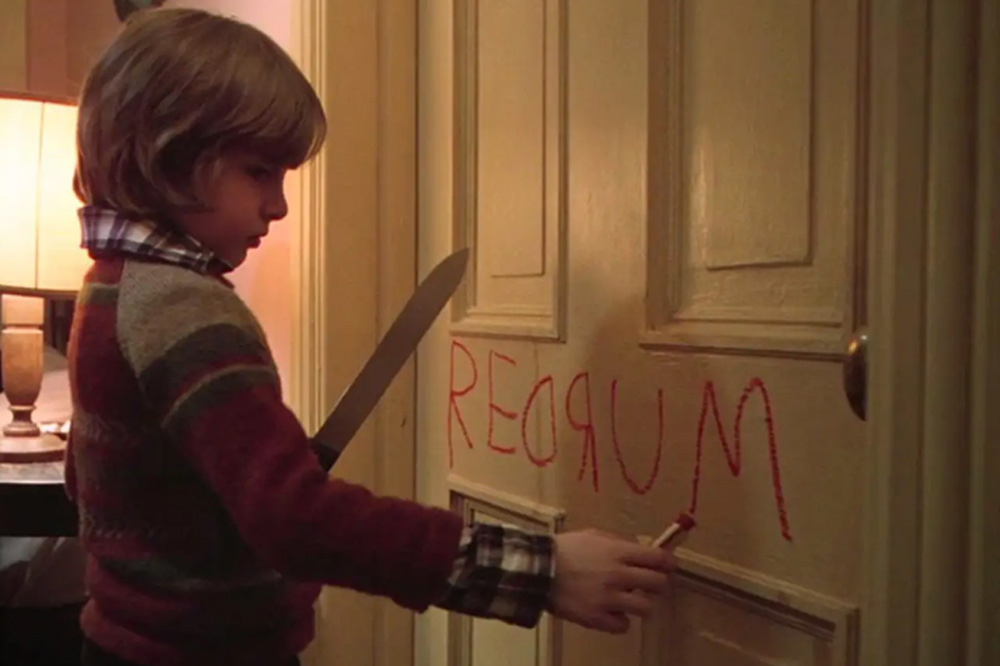 In fact, the words are stylised almost identical to how they were written by Danny in the film – perfect for that killer look. These are just some of the pieces available in the collection. Other sneakers and items will be revealed in the full release, which includes matching movie-themed bags and apparel.

The Vans Horror Collection sneakers will be available for purchase on 1 October 2021 from their website, along with other items from the collection. If you know a friend who’s a nut for all things spooky or you yourself are a scary movie connoisseur, these kicks will surely get you shaking with excitement.