Using dating apps to meet someone is nothing new these days. Fill out your profile, explore the app, and bam – you have a connection. Now, here comes the tricky part. Should you wait for the guy to initiate the conversation or should you make the first move?

As much as women are often wooed by guys, guys appreciate and even welcome women who take initiative too. We spoke to 7 Singaporean women to gather their tips about women making the first move and how it can lead to more meaningful connections.

1. “Set a personalised question to ask your match” “Before starting the conversation, I’m the type to read the person’s profile very carefully and find anything I can possibly relate to. If we have common interests and hobbies, I like starting from there. I think that it also helps the other person feel more comfortable talking to you.

Normally, I would start with “Hi! I’m so happy I matched with you” and then refer to a detail I picked up from their profile as a starter. I like tailoring the introduction according to the person I’m talking to. That way, they would know that I’m not just a copy and paste message spree to all the guys I matched with.

Bumble even has a Question Game feature. It lets you choose from their default questions or set a personalised question to ask your match. I guess from there, you can get a rough idea of your match’s personality.

I think there’s a meaningful connection when the conversation flows smoothly. It really feels like proper communication rather than a one-way street. I like it when the other person starts asking back questions or showing they want to get to know me more. It would then not feel like we’re just struggling to find something to talk about.

If it feels right for you, just go for it. At the end of the day, I just don’t want to have regrets.”

2. “Compliment them and ask them how their day was” 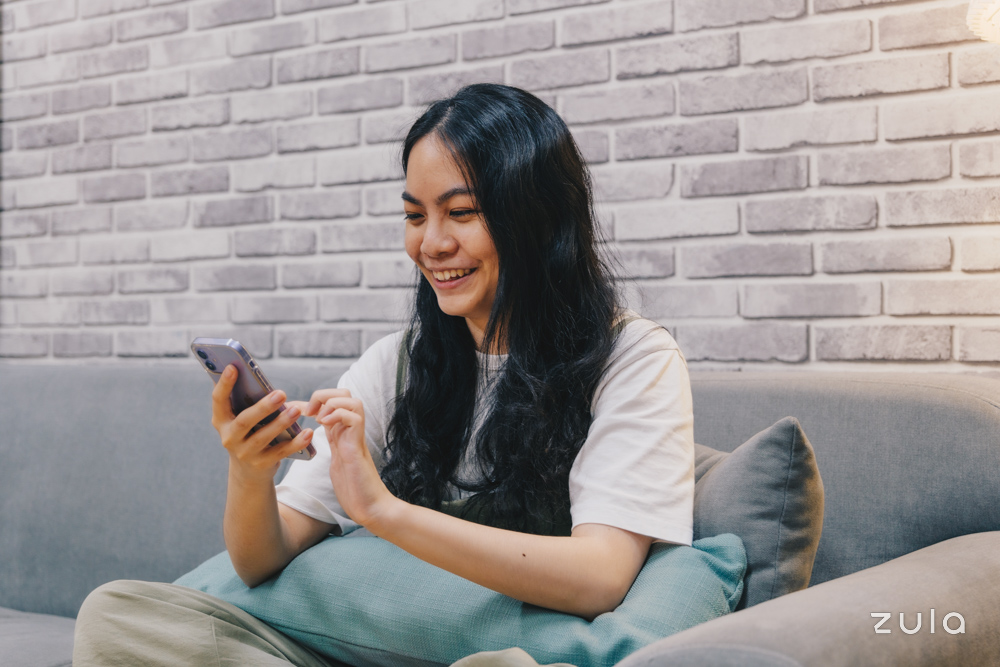 “When I begin the conversation, I start off by complimenting and asking him how his day was. Everyone needs a confidence booster every now and again and I think it also shows your interest. Also, when you start with a “nice smile” for example, it’s difficult to reply. But, if you follow up with a question, it gives the conversation a direction to flow.

To me, good music taste is a huge deal and Bumble lets you connect your Spotify playlist to your profile. Sometimes I would look at the person’s playlist and decide how to strike up a conversation. It’s easier to start by saying “You listen to [artist’s name], me too!” and go on from there.

At the same time, I guess having interesting hobbies or habits makes it easier to start a conversation too. When you feel comfortable with another person, you can just text naturally without having to think about what you’re going to say.

To me, it’s about feeling safe in the conversation – when I’m not being judged and we can move past just small talk. Small talk gets really tiring so reaching a point where you can have deeper, more meaningful conversations is definitely refreshing.”

3. “Look out for their profile prompts & interests ” 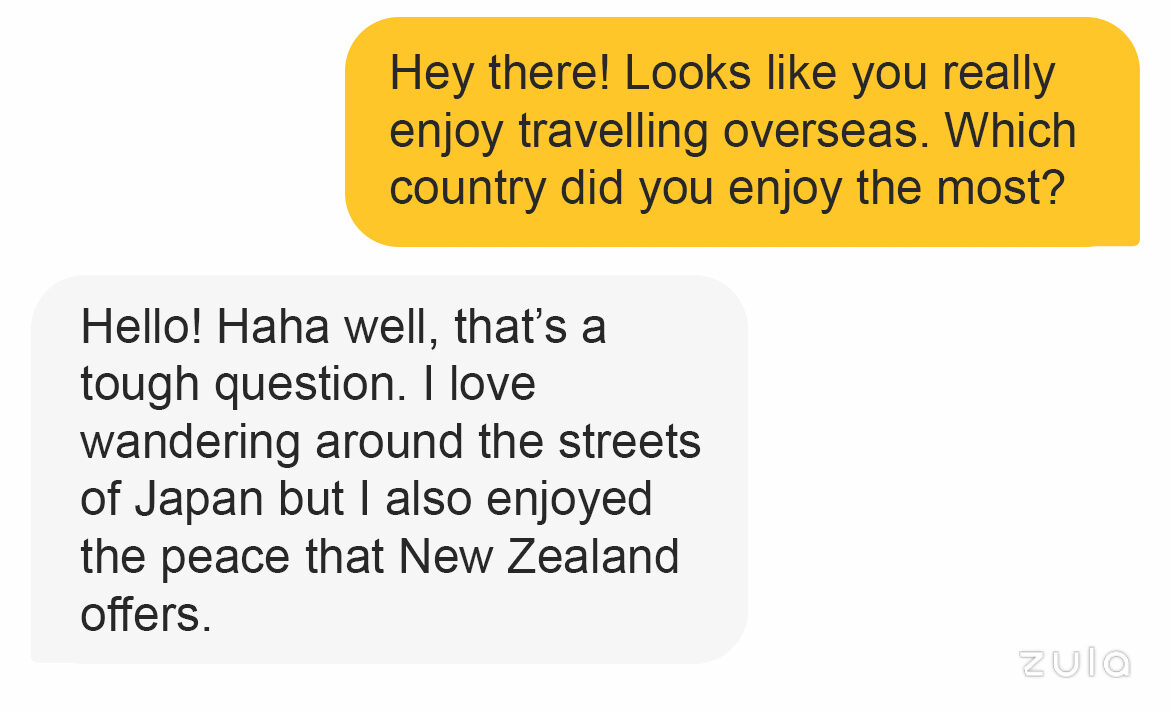 “Before I text the guy, I would look out for profile prompts or interest badges provided on their profile. If I notice a common interest or if the person’s answers are interesting to me, I would start with that and strike a conversation.

From experience, most people out there would share at least one hobby, fun fact, music, or shows they watch. I would suggest starting with something that catches your eye and go from there. I would think that they’d be receptive to keeping the conversation going.

I prefer it when you both match each other’s energy and keep going back and forth to share more about your life. The conversation has to flow naturally. It can’t be just me asking questions or initiating and chatting about the topics the matches are interested in.

I think regardless of whether guys or girls make the first move, it sets the tone for the rest of the conversation”.

4. “Send an emoticon or gif along with the greeting” “Since I like receiving emoticons, I would suggest the same. I guess sending an emoticon would show off your friendliness. I think it would also suggest how you’re trying to make the first step but not to the extent that you’re super enthusiastic. Bumble even lets you send gifs, which is quite fun.

For me, a meaningful connection depends highly on the guy’s speed of reply. I know a lot of people are busy, but if he’s spending time with you despite his tight schedule, it means a lot. I would also take it as a bonus if the guy isn’t shy about asking me out too.

Although we’re living in the 21st century, I noticed a lot of guys still think that they have to take the first step. So, when they notice a woman is making the first move, it’s like a green light for the guy to pursue the woman.”

5. “Be daring to show off your personality” 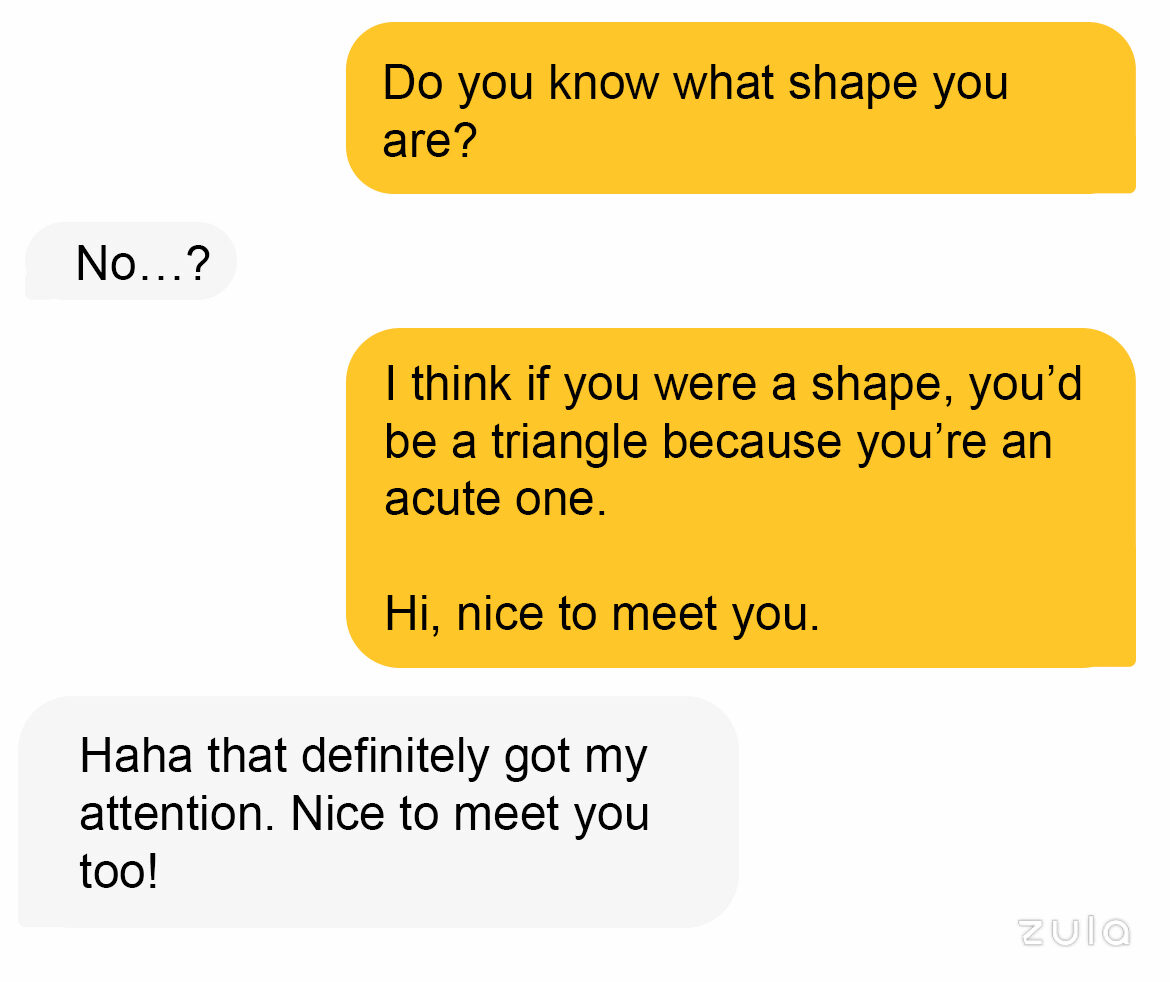 “I suggest going for something humorous or witty because that would catch the guy’s attention. If he includes a funny phrase or his star sign on his profile, use it to your advantage. For example, you can mention the compatibility of his star sign with yours, and ask for his thoughts. If you’re flirty, some guys like it too.

For me, it means alot when the guy is interested in taking things to the next level – such as asking for my social handles or suggesting to meet in person after getting to know each other more”

6. “Don’t create a greeting template and use it on every match” “When making the first move, I would suggest avoiding having a template. I have instances when the guy sent me a really long introduction and I could tell it’s something he sent to every match. Just avoid doing this because it would make you seem like you’re not putting in any effort.

To me, I value it when guys aren’t trying too hard to catch my attention. Everything should flow naturally and I guess through a woman’s intuition you can tell if the guy is serious or just fluffing you up.

Women making the first move could definitely increase the likelihood of a serious connection. Some guys are shy, so I think if women make the first move, the guy would take it as a sign that it’s safe to further the chase. But, if the guy isn’t making an effort to continue the conversation, then I guess he’s not worth your time.”

7. “Don’t hesitate because you have nothing to lose” 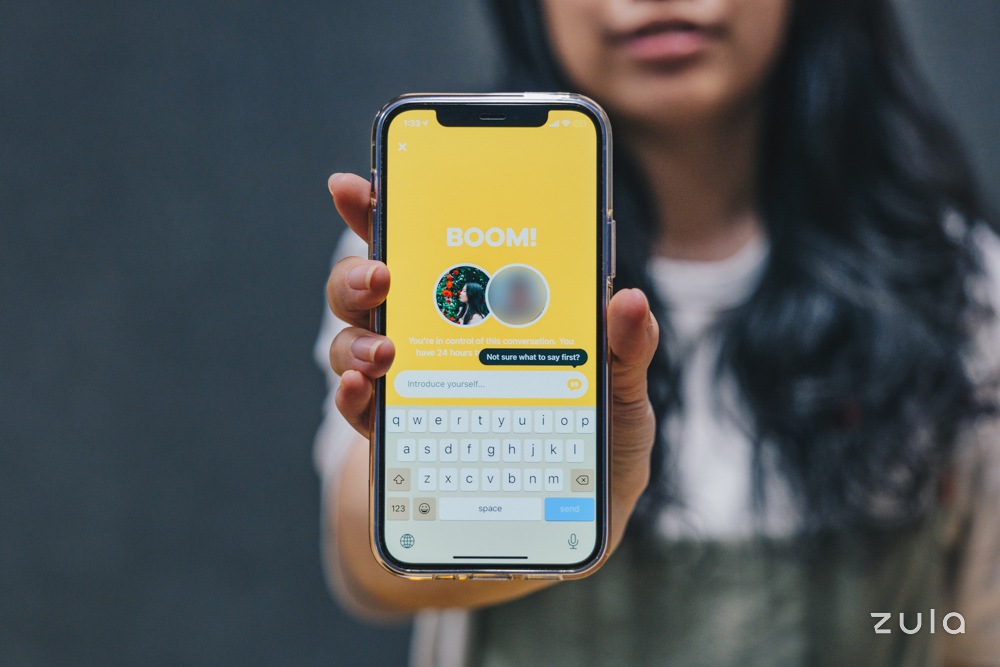 “Usually, I would start the conversation by talking about something I noticed in their pictures. For example, if there’s a photo of him attending a concert, I would ask what kind of music he enjoys and how the concert was. You don’t have to think too much and just go with the flow because what comes naturally is the best. I would say that 8 out of 10 times, this method actually works for me.

Personally, I find a conversation meaningful when the guy asks me questions. It shows that he is curious about me and is making an effort to get to know me better. I dislike small talk and it makes the conversation feel forced and awkward.

I think if women take the first step and start the conversation, it would also lead to the guy thinking that she is interested too. I would agree that there’s a higher chance that the relationship can move to the next level. Don’t hesitate about making the first move because you have nothing to lose”

Sure, making the first move on a dating app might be intimidating, but this advice shared by Singaporean women proves that it’s a mindset that can be overcome. Instead of waiting for the guys to make the first move, women can now take control of their connections by using dating apps such as Bumble.

On Bumble, only women can initiate the conversation after making a connection. Not only does it challenge social norms, but it also gives women control over their dating lives. Once you register on Bumble, complete your profile through the Profile Prompts. There, you’ll get the chance to show off your personality by answering a range of questions such as your thoughts on a first date.

Bumble’s Profile Badges also allow users to show their interests, hobbies and relationship goals ‒ a subtle way to know if the person is up for a casual fling or looking for something serious.

After making a connection, you can also get to know a user better through the Question Game feature aka answering questions provided via Bumble chat. Through icebreaker questions like “What’s the best part about being single?”, show off your personality to reveal more about yourself by replying with answers like “I don’t need to fight with someone over what TV show to watch” for example. 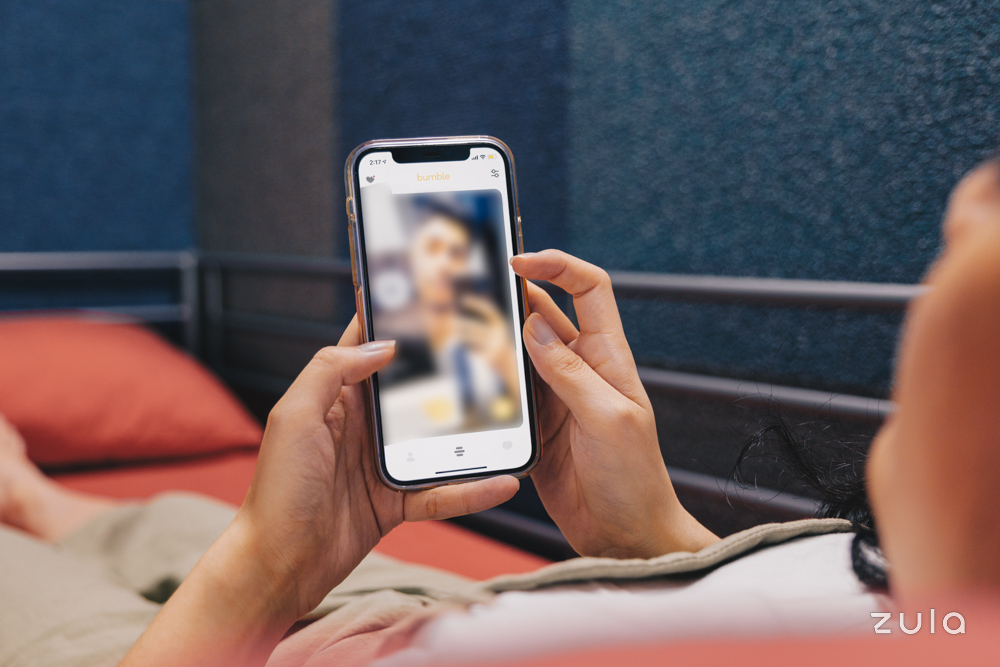 Now that you’ve established a connection with your match, why not take things to the next level? With Bumble’s Video Call and Video Chat function, you can schedule a virtual date before actually meeting IRL. Since it is an in-app function, rest assured you won’t have to exchange any private contact information either. For those who have doubts such as getting catfished when using dating apps, Bumble has a feature that helps you feel safer when connecting with new people. Bumble’s Profile Verification feature means you can verify your profile – you can be rest assured that profiles with the blue icon have been verified in real time. It doesn’t stop there – Bumble users have to go through The Bumble Pledge. Failure to do so might result in losing access to the platform. Plus, before opening any photo sent by a user, Bumble uses AI technology to filter out if it’s lewd or sensitive pictures by blurring it. You can also block and report any abusive or inappropriate behaviour from a user. Bumble places importance in protecting their users and women making the first move, which allows them to connect in a safer space without compromising on quality matches. If you’re ready to meet new people for meaningful connections, maybe it’s time to start swiping and get buzz-y with your matches.

This post was brought to you by Bumble.
Responses have been edited for brevity and clarity.