Andrea On Being A Trans Woman In Singapore

The first thing I notice about Andrea, 28, is that she’s really f**king hot.

The 1.75m-tall beauty has cheekbones carved by the gods, legs for days, and jet-black hair that falls to her waist. She is Instagram baddie incarnate; eyebrows expertly drawn, lips Kylie Jenner-approved. 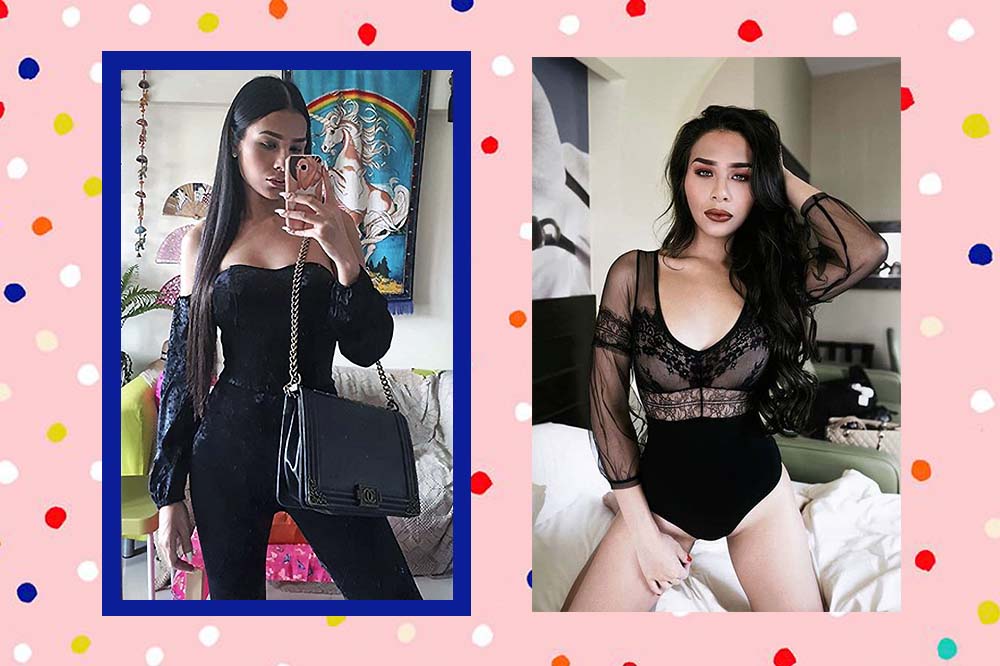 Like most, I have had limited interactions with trans women. Before this afternoon, they were removed stories, caricatured performances of femininity; Changi Village’s sex workers and Bangkok’s ping-pong show performers.

But I hold my tongue.

I know from Simone de Beauvoir that “one is not born, but rather becomes, a woman”. To tell Andrea that she does not look like a man is not a compliment, because she is not a man.

In a soft tone, Andrea begins her coming-of-age story, of how she became the woman she is today.

Growing up as an overweight boy

Andrea:
Growing up as a child, I was very reserved. I wasn’t the orthodox loud, play soccer, play football kind of boy.

I wanted to wear a skirt. So when my mum wasn’t home, I would steal her clothes, try them on, and look at myself in the mirror. 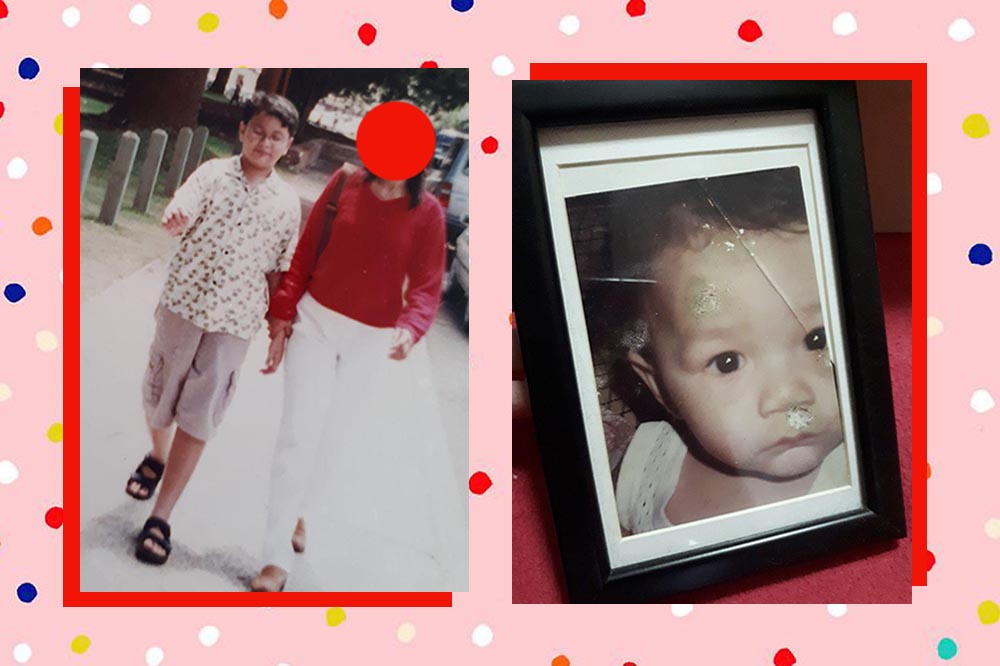 In school, everyone noticed that I had a squeaky voice. It didn’t help that I was fat as well, so they also called me a “fat sissy char siew pau”.

The bullying contributed to my gender and body dysphoria. I didn’t feel like I was in the right body, and I hated how I looked.

Realising she was transgender, not homosexual

For a long time, I thought I was a gay male because I was effeminate and attracted to men.

But when I was 19 and serving National Service (NS), I found out about Canadian YouTuber, Gigi Gorgeous.

Like me, she had come out first as homosexual, then as transgender. When I watched the video, I said to myself, “This could be it, this could be me”. I only decided to transition a year after I had completed my NS. When I went back for reservist, I had to cut my hair and exercise made me more muscular.

When girls started calling me handsome, it made me so uncomfortable and I knew I had to do something about it.

I didn’t want to be handsome.

Going through the transitioning process

So I started on hormone therapy. At 25, I went to Thailand for a boob job. Shortly after, I adjusted my voice, did a tracheal shave, and had my gender confirmation surgery.

The gender confirmation surgery was the biggest and most painful surgery I’ve been through. It’s like cutting yourself open, driving a pencil into the wound between your legs, and digging at it every single day. 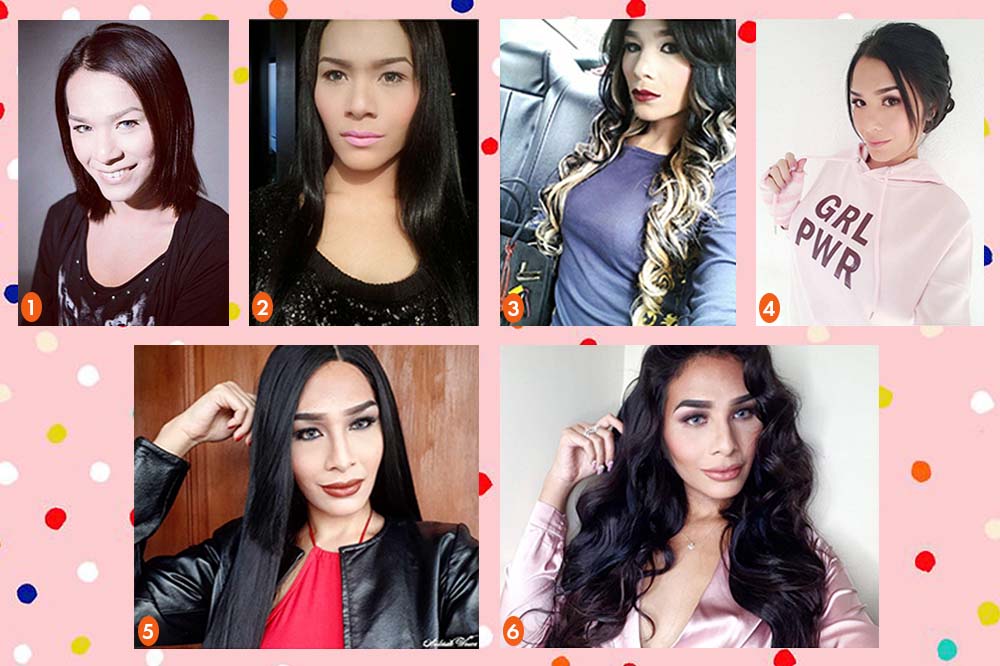 Previously, I was contemplating living life with just boobs and a penis. But I met my ex-husband at 24, and I really wanted to marry him as ‘female’ in my legal documents.

Going into the surgery, I was really scared because I knew I might not wake up alive again. Many trans women die due to blood loss or complications.

I told the doctor, “Even if I die, do not just stop halfway and leave me with nothing. Finish the surgery, and if I’m dead, just bury me with a vagina.”

Thankfully, I woke up. When I saw my ex-husband’s face, I looked up, smiled, and said, “I’m finally a woman”.

I married my ex-husband at 26. He lived in Denmark, so I eloped to Denmark to be with him. 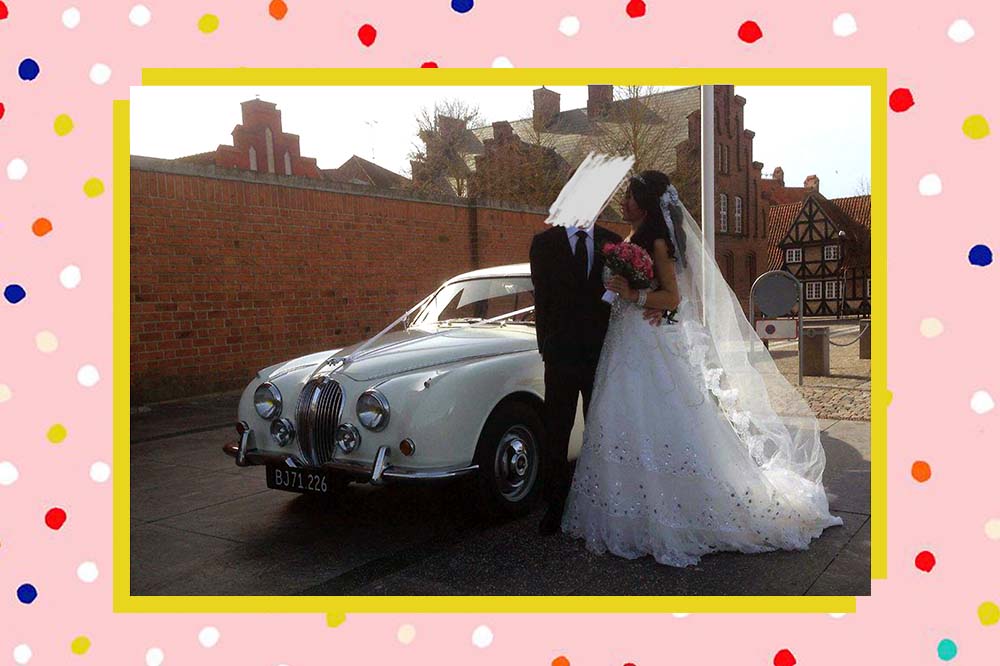 Andrea on her wedding day, in Denmark

The relationship was toxic and he was abusive. But I married him because I wanted to start a life with him. I was in love with the idea of having a family and my own husband.

But eventually, I decided to move back to Singapore because I realised the relationship was not going to work. I asked for a divorce and we got separated after my 27th birthday.

When I returned, I was very broken. I felt like I had failed myself. That was when I decided I was going to do something for myself and go after my dream of being a model.

I’ve wanted to be a model since I was 14, when I found out about America’s Next Top Model. I would replicate the shoots with a digicam and upload the pictures online to my Photobucket account. I went to Phantom Models and said, “Hey guys, do you want me as a model?” and they graciously accepted me into their agency.

Everything just fell in place after that. I started doing yoga and taking care of my mental and physical health. In the same year, I also restarted my weave and hair extensions business, Andrea and Weave, and started taking makeup and hair bookings again.

Being A Transgender Woman In Singapore

Looking back, it was a really rough journey but I’m glad I went through it. I am who I am today because of it.

One day at a time, I became stronger. It was a journey of self-acceptance that taught me life is about loving yourself for who you are.

To others who are transitioning, or are thinking about transitioning, know that you’re never alone. If you need help, reach out because you can only get help if you ask for it.

Images are courtesy of Andrea.