The age-old saying goes, “A guy and a girl can be just friends, but at one point or another, they’ll fall for each other.”

Sometimes, one party develops feelings for the other but refuses to say a word because he/she doesn’t wish to “ruin” the friendship. Sometimes, both may fall for each other, but at the wrong time—or worse, end up in a ‘situationship’.

But even though some BFFs do find happy/sad endings after breaking out of the platonic friend zone, there are other guy-girl best friends who prove to us that it’s possible to remain “just friends” forever… or at least for now.

He wouldn’t be the groom—he’d be my bridesmaid 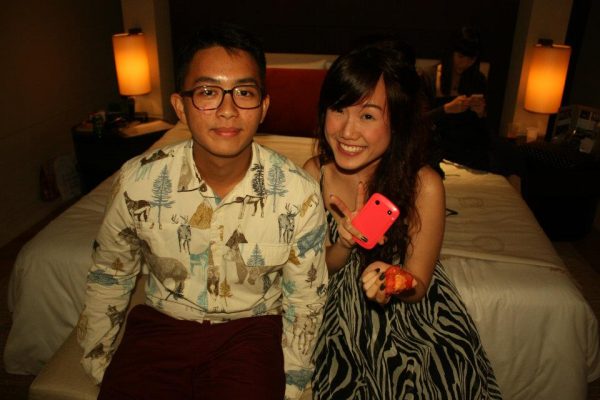 “I met my best friend, J, through my ex-boyfriend. We weren’t close until we went to Perth together. We bonded over brunch, weekend markets and everything in-between.

Now that we’re back in Singapore, we’re closer than ever. He’s usually the first person I’d text when anything happens. We make time for each other to catch up, talk about guys and girls, and send each other funny memes on Instagram.

Sad to say, he’s just not my type. I can see him standing in the church when I get married, except that he wouldn’t be the groom—he’d be my bridesmaid. I’ve become his bro while he has become my sis. Guess I’ve got my ex to thank!”
Vanessa, 25 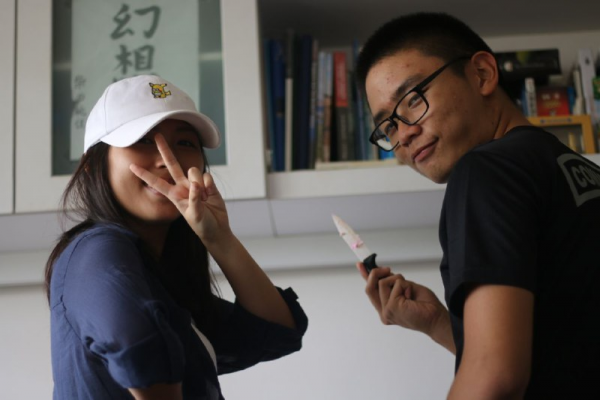 “We met through an exchange programme in Secondary 4 when we went to Japan together.

I think potential boyfriends will wayang more, be nice to the girl 24/7, and accept everything they do. But this guy is the opposite—he’s sassy all the time and snaps at me if I do or say something stupid. He gives no-nonsense advice and doesn’t quite care if I take offence because it’s for my own good.

He’s also used to my period-induced whines and snarky comments when I don’t approve of the girl he’s wooing. Maybe we’re not each other’s type because we know too much dirt about each other! So we’re just each other’s wingman and support system.”
Annadine, 19

We can be as lupsup as we want to be

“I knew her in junior college but we only became super tight after graduation. Initially, I was interested in her until I realised she’s too gullible for me, and that we’re better off as bros. Unlike showy relationships, I’ve zero urge to tell the world about my friendship with her.

We shared our first cigarette at the airport, but we didn’t know how to smoke properly so we ended up being comic relief for a group of Indonesian tourists. We’re very similar in our views and I know she won’t judge me for anything I do. We can be as lupsup as we want around each other and that’s true friendship.”
Johnny P, 21

He self-invites himself for dinner at my house 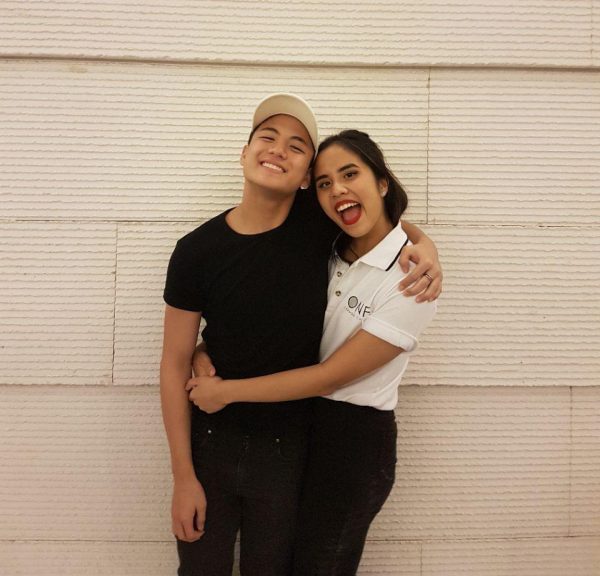 “I’ve known my best friend for five years as we lived in Shanghai at the same time. We barely text if at all, but I know he’ll be there when I need him. He’s very rational, has a good listening ear, and is non-judgmental. He’s also a part of my family because he probably talks to my mum more than I do. Sometimes he shows up to dinner without me knowing!

Our friendship has no drama whatsoever, and because he’s gay, our relationship is 100% platonic. Whenever he introduces me to his friends, he calls me his sister.”
Jing En, 19

We have our own relationships but he’s always there 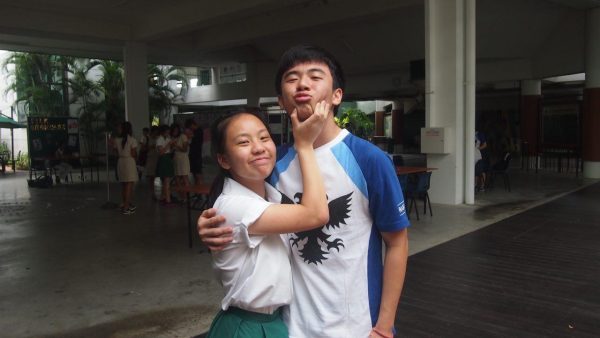 “I met my best friend in tuition class when we were 15 but I had already heard of him by then because of his embarrassing story my friend told me about. He DM-ed me on Twitter and as time went on, I realised I could tell him anything. We just know what’s on each other’s minds at one glance. We even have our own handshake and several nicknames. We love each other’s company, but we could never think of each other romantically because it’s just too weird.

Now we’re 19 and in our own relationships, but he’s always there. He looks after me when we party and reminds me that he cares even when he’s cooped up in Pasir Laba to serve the nation.”
Jiaying, 19

Our future homes are near each other

“We met because we lived in the same estate with plenty of mutual friends around the area. Even though he’s boyfriend material, I’d never date him because there’s never that spark between us.

To me, he’s just a brother. When I got my license, he taught me how to drive and park in the multi-storey car park. He also taught me how to play the guitar and gave me one of his two guitars.

Even though we only meet once every two months now because of our busy schedules, I know we’ll always be there for each other. Our future homes are pretty close to each other too, so it’s nice knowing he’ll always be close by.”
Maryann, 24 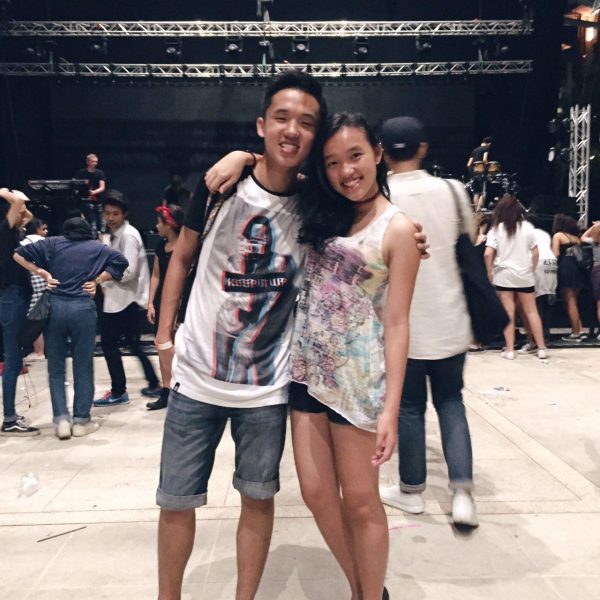 “We were classmates in junior college. Our very first encounter was during our first class break when everyone was getting to know each other. He was sitting opposite me so we started making small talk.

He asked me what music I liked and before we knew it, we were bonding over obscure indie bands. He’s my best friend because we’ve so much in common. But dating him would be like dating my own brother.”
Gwen, 19

He knows all my guy history

“I’ve known him since I was 12. At first, we were distant friends because he had a crush on me and I wasn’t into him at all. But once he got over it, we became super close friends especially when I moved back to Singapore.

He’s the only person who knows all my guy history, and we think so similarly that he doesn’t ask me for advice because he knows exactly what I’ll say. I may not see him as often when we’re in different countries, but when we visit each other, it’s as if nothing has changed.

We’ve seen each other through our break ups and we both know we’re not each other’s type so it’ll never work out.”
Jenn, 21

Conversations aren’t different, be it at 12pm or 3am 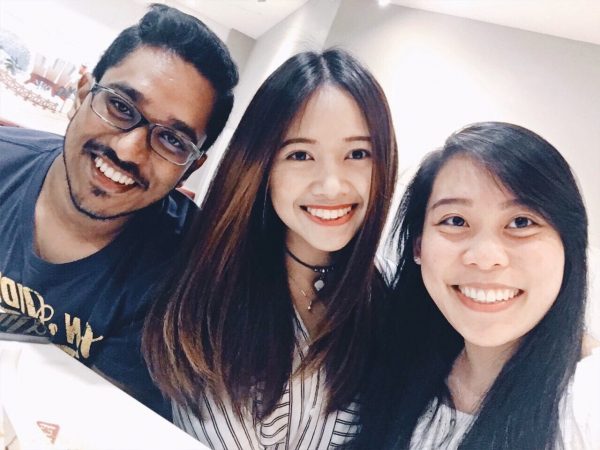 “We met in church but I forgot how we became close. I think it was through our mutual friend (pictured above), so now three of us are super tight.

We’re like bros—so close to the point that I know everything about him especially when it comes to girls. There’s no hidden meaning or difference between talking at 12pm or 3am. We don’t have to talk all the time to know that we care about each other. We’re also real with each other; we won’t sugarcoat our opinions when either one of us makes stupid mistakes.”
Peps, 22

I can even crash his place for a month 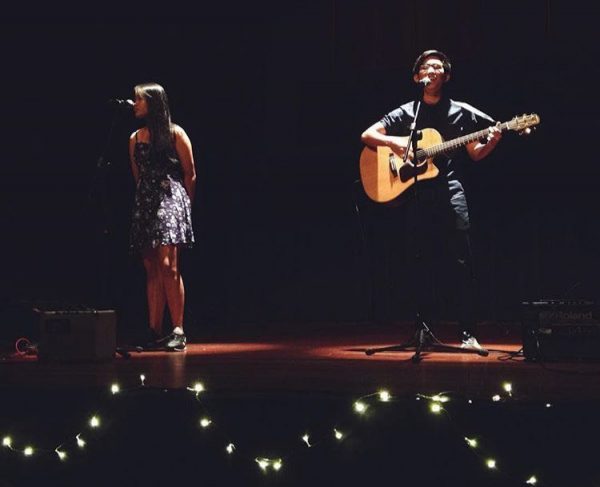 “Once, my best friend and I were joking about how close yet platonic we were, when he said, “Yeah I guess you’re my best bro“. As stupid as it sounds, the phrase stuck with me.

We connect on an emotional level: he’s seen me cry and we have dealt with each other’s incessant scoldings. He was even there for me when I needed a place to stay for a month. Now when I look back at all the letters I’ve received throughout college, his name appears the most.

Although we’re extremely similar, our personalities clash, which is probably why we’d never get together. We may piss each other off on a regular basis, but we’re always there for each other through thick and thin.”
Eunice, 19

True friends are few and far between, so if you find a friend who will be there for you through the thick and thin, don’t let them go!