If you’ve ever swiped through Tinder and other dating apps, chances are you’ll be familiar with terms like “DTF”, “ONS” and “FWB”. But even though it is common to see these acronyms floating around online, open discussions on hook-up culture in Singapore are still far from common. We asked 4 millennials to open up about their casual sex experiences, awkward Tinder encounters and share their thoughts on hook-up culture in Singapore.

1. Don’t rush yourself or think that sleeping with many people is a flex

Tiff* hooked up with others for a year or 2 when she was 19, typically finding her partners through dating apps. 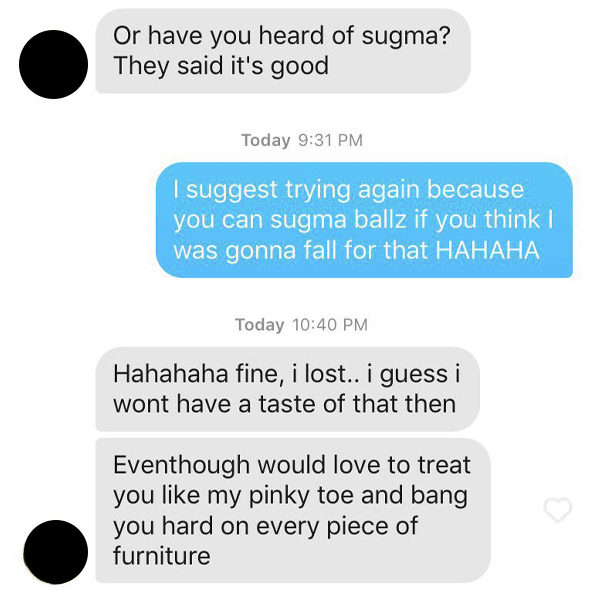 She turned to casual sex “because it was mainly fun, there’s no commitment and there’s a mutual understanding that it was mainly for pleasure.” But, after a while, she grew tired of it and disliked the concept of being used. Now, she has promised herself that the next person she sleeps with is someone she’s in a committed and loving relationship with. “Sex isn’t as satisfying as with a partner you truthfully love and care about,” she says.

Tiff’s old rules when it came to hooking up with others were that they would meet directly at the place of the hook-up, they would not tell their friends about each other and protection is an absolute must.

When asked to share an interesting hook-up story, she says: “Once, I met this lad on Tinder. He was really into it, so I just went along with it. When he pulled out, he pulled the condom off and came. But I could already tell, in the dark, that what he came wasn’t normal. When I turned on the lights, the guy came BLOOD. He was freaked out, embarrassed and wanted to head to the doctor ASAP. I booked us a cab, dropped him off at the clinic and went home.

“Turns out, he had a UTI and was severely dehydrated (probably too thirsty for this WAP). Though he wanted to see me again, I wasn’t feeling him in the first place, so thankfully, he didn’t try to contact me. I do pity him though, I would have died of embarrassment if I came blood.” 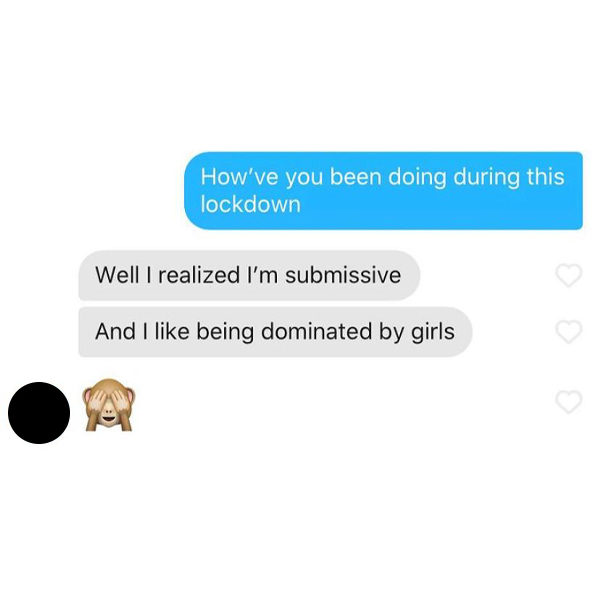 The 22-year-old reveals that her friends have a mutual understanding that hook-up culture is normal. “We don’t feel that casual sex is something to be ashamed of. The older generation believes that sex should only be with your lifetime partner, which we do not agree with. Sex is NORMAL, and should be normalised.” She elaborates, “We do not shame or condemn, but advise about safety and mental health.”

Lastly, she advises that hooking up is not for everyone.

“Sex is a nice feeling, a good thing, and a meaningful experience. Enjoy yourself, love yourself and love your body for what it is. Do not rush yourself, or think that sleeping with many people is a ‘flex’. On top of that, respect the person should they say ‘no’ or if they’re not comfortable. Lastly, be safe in all aspects and don’t be afraid to say ‘no’.”

2. Some of his former partners are now his close friends

Phyo has been hooking up with others on and off for a few years now. For him, casual sex takes little to no effort and it means you don’t have to invest anything into someone else. 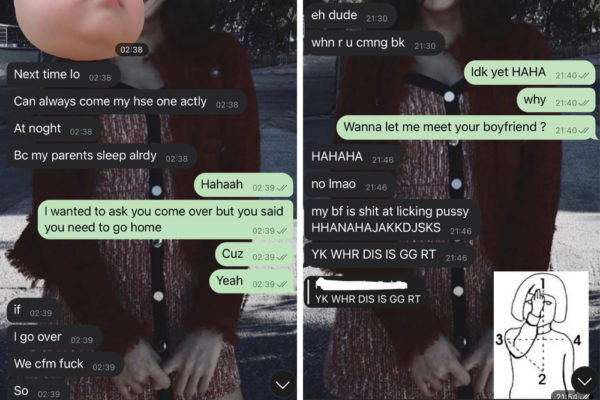 The 21-year-old usually finds his hook-up partners on dating apps, through friends of friends and at clubs (pre-pandemic, of course). When he does propose an FWB situation to girls, he says it’s a 50/50 chance that they will accept the proposition. Interestingly, he reveals that some of his partners eventually developed feelings for him, and others have even become his close friends.

Some of Phyo’s concerns when hooking up is how sexually active his partners are and their sexual health. As such, he makes sure not to sleep with multiple partners during the same period.

Phyo’s personal opinion on casual sex is that “it’s chill”. However, he believes that there is still a negative connotation around hook-up culture in Singapore and it’s not something that people talk about freely.

3. Hooking up was a toxic coping mechanism to bandage his loneliness

Unlike many people who have casual sex, he chose to do so not because he didn’t want to be in a committed relationship. Rather, he couldn’t find anyone he wanted to commit to or that he connected on a deeper level with. While waiting for the right one, he decided to have a little fun. “Hooking up was a toxic coping mechanism I utilised to quickly bandage my aching feelings of loneliness,” he adds.

His regular hook-ups introduced him to some partners, but he mostly found them through dating apps. While he preferred to engage in some conversation first, if the other party got straight to the point, he would reciprocate. And to save himself from wasting time with people who didn’t want him, he never initiated the hook-ups, preferring to let others proposition him instead.

His main priorities were using proper protection and communication. “Always, always (and I can’t stress this enough), always [be] safe. Condoms and lube are a must. Communicate. I was down to try anything as long as [it was] done safely and with consideration. And, if you’re uncomfortable with anything at any point, speak out,” he shares.

When asked about some of the concerns he had when hooking up with others, he says, “Singapore is small, everyone knows everyone. I didn’t want anyone I didn’t involve all up in my business. STDs were a natural concern of course. Having a safe place to do it; 90% of the time that is why plans to hook up always fell through. Also, there is always a risk of, will I come home alive?”

Matthew feels that Singapore as a society is now starting to be more open-minded, especially among the younger generation. He adds that almost every person he knows personally has either had sex or has hooked up with a stranger once or twice.

“Hooking up is a great way to express your sexuality and take control of your sexual freedom. But it can also take a great toll on your emotional and mental health. It is simply not for everyone, and that is perfectly okay. We simply need to break down the stigmas and name calling associated with sleeping around. What anyone chooses to do with their body and sex is no one else’s business to judge.”

Even though hooking up with others was liberating for him, it also messed up his self-worth. He had a hard time seeing what value he had beyond what his body could offer. But, he says, “It is a part of my history [that] I will not take back and I am happy to have gone through. It shaped and formed me.”

4. His friends jokingly called him a “whore”

Joe* had an FWB for a while but the relationship has since ended. They met on Tinder and after chatting for a while, she suggested going over to his place for a movie.

He accepted the proposal the first few times because it was a no-strings-attached arrangement and there were no emotions involved. He made sure there was no kissing or sweet talking whenever they hooked up. However, when the other party started having feelings for him, he eventually ended things.

While Joe is okay opening up about his hook-up experience with his close friends, he adds that they jokingly called him a “whore”. Asked about his opinion on casual sex, he shares, “It’s fine for a while, but if it becomes a lifestyle, [your] future actual relationships would have problems.”

As these millennials and Gen Zs show, more people, especially the younger generation, are opening up about hook-up culture in Singapore now, normalising what was once a taboo topic.

As Matthew and Tiff mentioned, if you do choose to engage in casual sex, it is always important to practice safe sex. Make sure to get consent from your partners if you do hook up with someone you meet on Tinder or other dating apps.