When it comes to idolising a celebrity, it’s not uncommon to see fans draw inspiration from their style or makeup looks. After all, there’s just something special about twinning with our idols that makes us feel closer to them as a fan. However, there are some non-celebrity doppelgangers who happen to have the privilege of looking just like these celebrities — and no, we’re not talking about Oli London supposedly looking like BTS’ Jimin.

We’ve compiled a list of 10 non-celebrity doppelgangers that can totally pass off as their twin, from their facial features right down to their makeup looks. While there aren’t any shadow clone jutsu in place, perhaps our celebs can give them a call when they need a short break from the showbiz life. 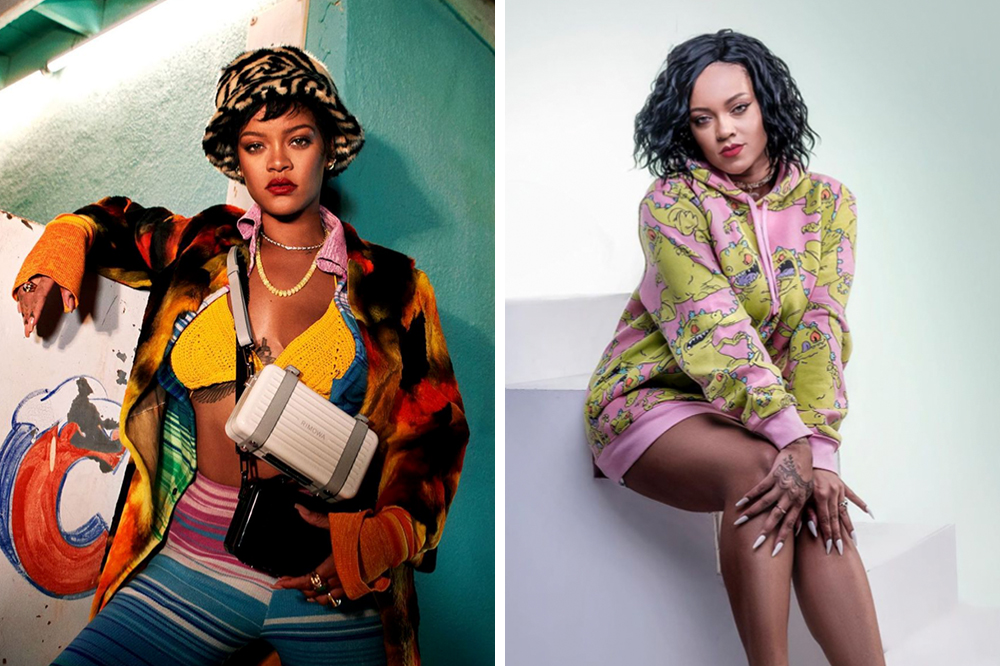 Priscilla Beatrice is a Brazilian TikToker who went viral for recreating Rihanna’s signature looks and gaining over 2.4 million followers. The singer herself even acknowledged that they look similar, jokingly commenting “where is the album sis #R9” on one of Priscilla’s TikTok. Rihanna, if you won’t drop the album, Beatrice might do it before you.

Getting noticed by your idol is a top tier fan moment, but Beatrice took the opportunity as a doppelganger to do further stunts. In March 2022, a video of her went viral for wearing a fake pregnancy belly while walking around Brazil, complete with 4 “bodyguards” surrounding her. Fans even went as far as to rub and kiss her belly, thinking that she was the actual Riri. Paige Niemann is only 17 years old, but her TikTok account has been drawing attention from Ariana fans since 2019. Not only does she recreate Ariana’s makeup looks and styles, Paige even films herself doing voice overs with Ariana’s voice and mimicking her actions.

Paige has gained over 10.7 million followers on TikTok, and Ariana Grande herself also stumbled upon her page and tweeted, “I am sure she is the sweetest sweet sweetheart for real!”

In 2021, Paige went as far as to recreate Ariana’s bridal look on Instagram, congratulating Ari and Dalton’s marriage in her caption. Her outfit was complete with a wedding dress and veil, pushing fans to wonder if she went overboard with her identity as Ari’s doppelganger. 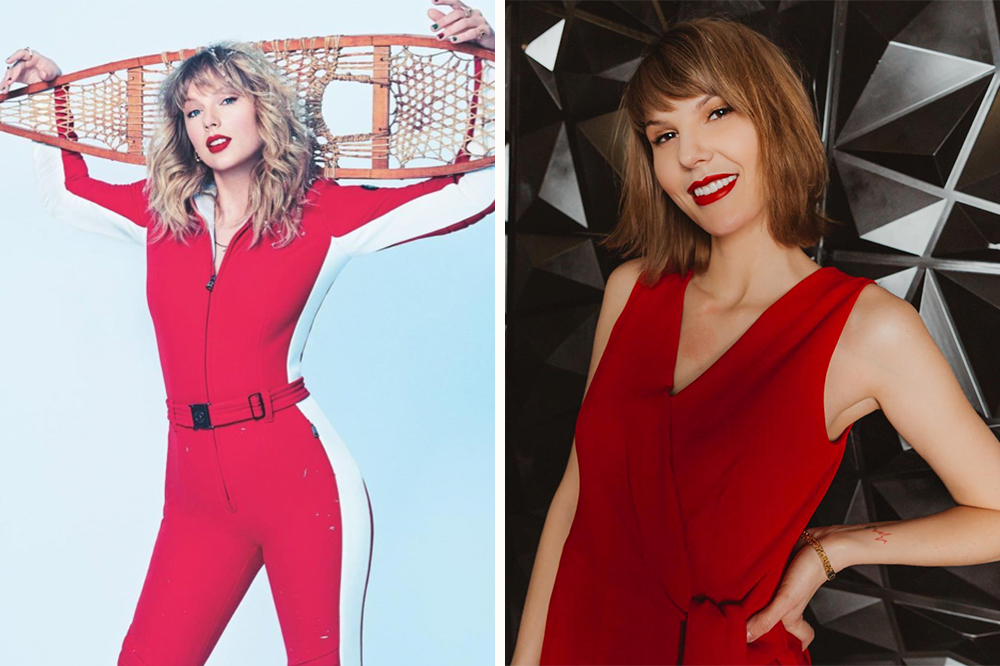 Ashley Leechin wasn’t exactly a Swiftie, but she couldn’t leave the house without people swarming and asking if she’s Taylor Swift. As a nurse  with 2 kids, she made a TikTok complaining about the struggles whenever she isn’t wearing her scrubs — “my life now: no more looking cute in public”.

Even when she tells people that she isn’t Taylor, fans are still insistent on taking photos with her. In an interview with Newsweek, she shares that she receives a lot of hate simply because she looks like Taylor, even though there’s nothing she can do about it.

It seems like Ashley has embraced her fate as Taylor’s twin, as according to her Instagram, she’s now an actress. She often uploads music video covers of Taylor’s hit songs, thanking the people who have supported her along her journey. 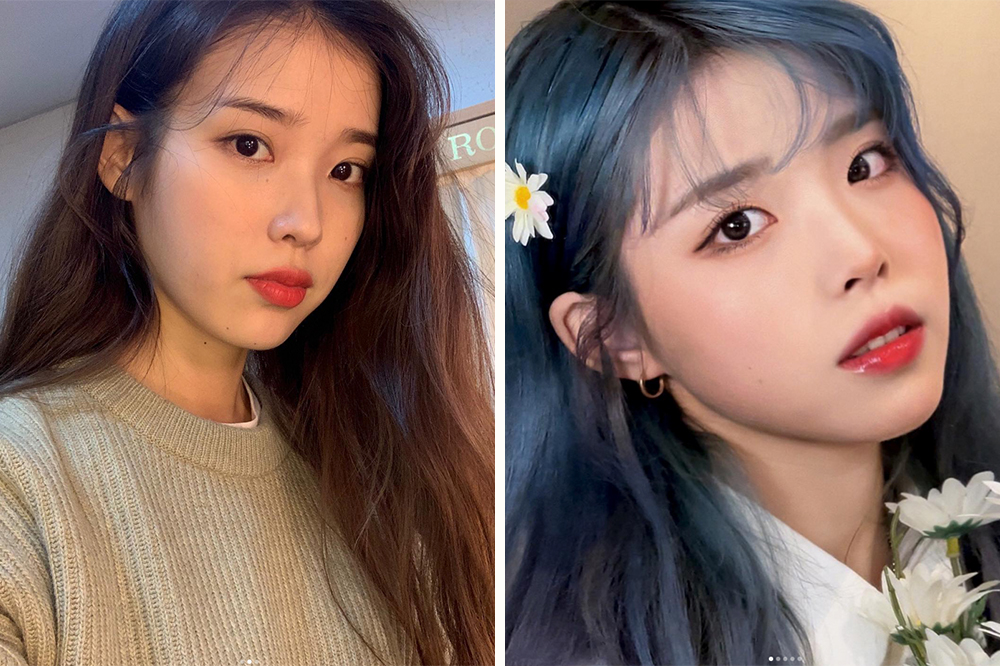 Going by the username Wenhoney, this Chinese influencer on Douyin, a Chinese version of TikTok, went viral for looking like K-pop singer IU. Fans have reposted her videos on TikTok, allowing her to gain more attention for their similarity. Though unintentional, Wenhoney often goes on photoshoots in makeup looks that resemble IU’s.

It seems like being a celebrity doppelganger isn’t always rainbows and sunshine, as these individuals can also be victims when it comes to dealing with crazy fans. 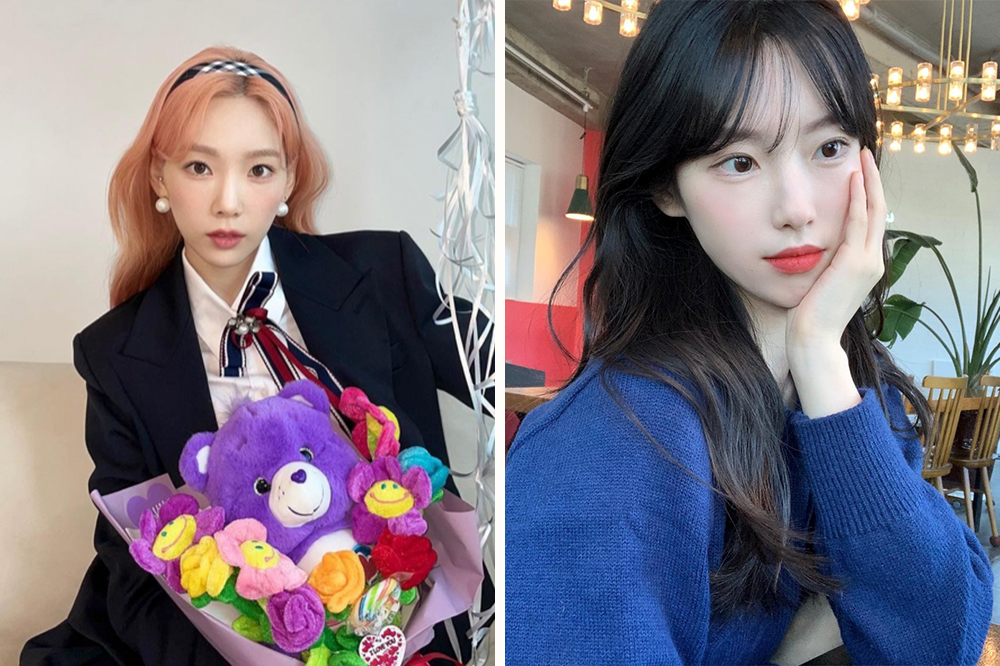 Yoon Hyunmi is a Korean influencer with over 165,000 followers on Instagram. On her posts, many people have commented that she looks just like SNSD’s leader Taeyeon. The 24-year-old influencer is often seen posting selfies in poses that are similar to Taeyeon, complete with the resemblance of their airy bangs and coral-tinted lip shades. 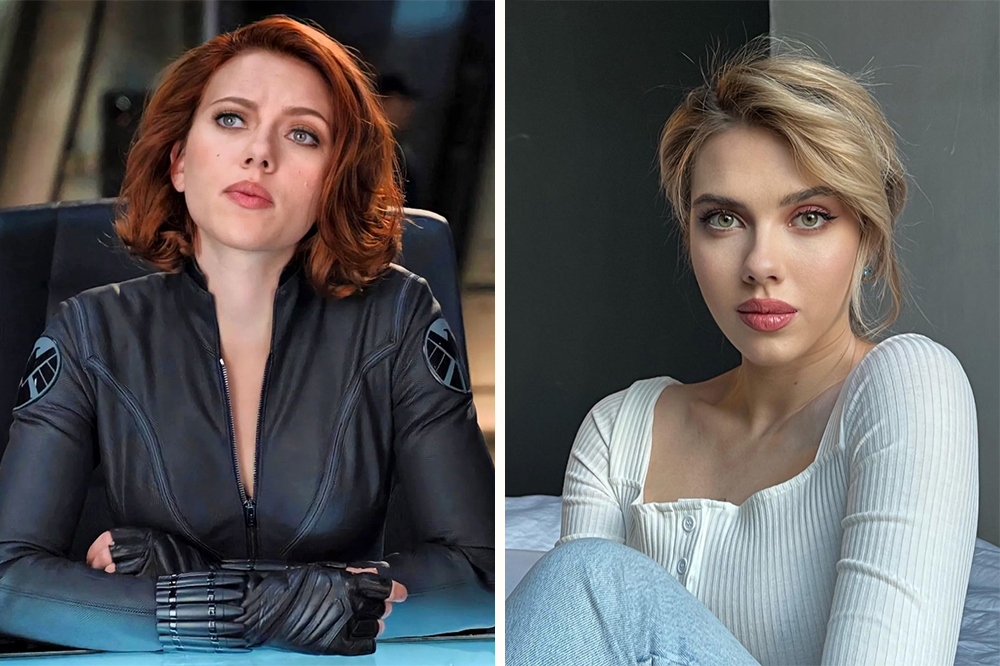 Scarlett Johansson may be popular for her role as Black Widow, but if she ever needs another stunt double, perhaps she can call Kate Shumskaya to take her place. Going viral for her Black Widow cosplays on TikTok, the Russian TikToker has since gained over a whooping 11.5 million followers on TikTok.

Most of the time, her top TikTok comments joke that she “looks more like Scarlett Johansson than the actual Scarlett”. 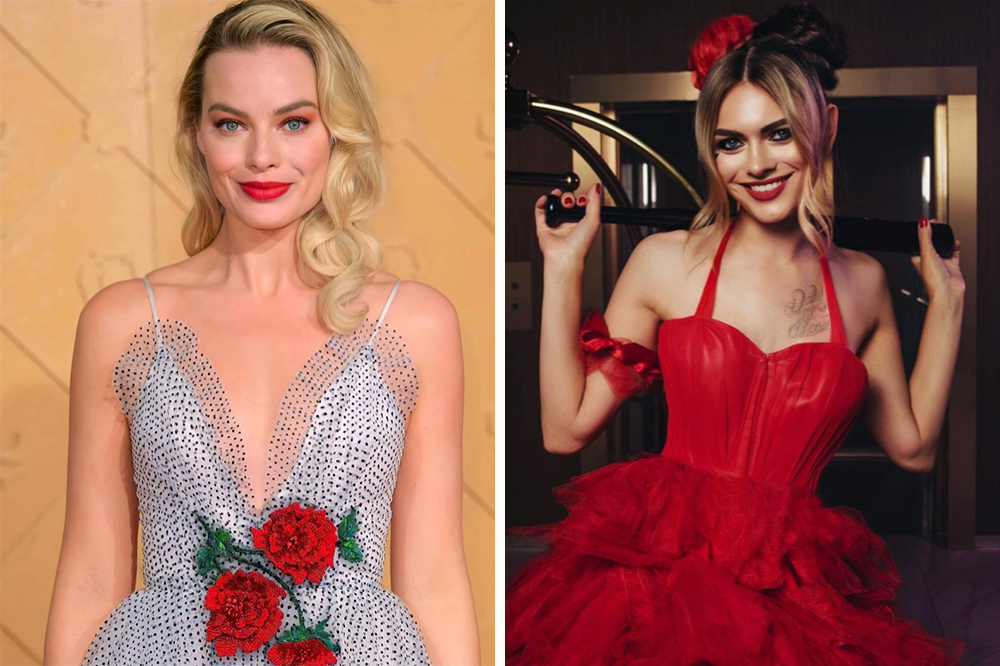 It seems like The Joker has 2 partners instead, as like Kate, Russian TikToker Anastasiya has gained popularity on TikTok for her Harley Quinn cosplays. Kate and Anastasyia have also made collaboration videos together, joking that they’re making a Marvel and DC collab between the 2 characters.

As an actress, model and blogger, Anastasyia shares various photoshoots on her Instagram page, where she sports similar makeup looks and styles to the OG Harley Quinn actress, Margot Robbie. Seeing as Margot doesn’t have an official Instagram account, we’re not surprised if fans have mistaken Anastasyia’s account as Margot’s. 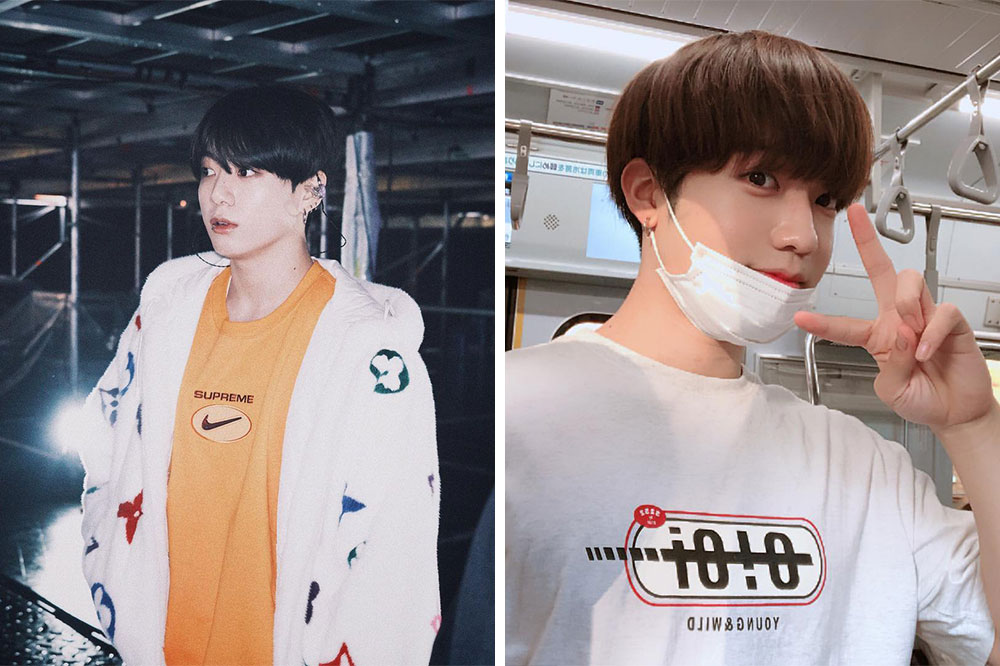 For ARMYs who are fond of BTS’ golden maknae Jungkook, this 22-year-old Japanese tattoo artist might stun you from how much he looks like the idol from his younger days. Chibana Aoi isn’t very active on Instagram, besides his hand poke tattoo account where he uploads designs and finished tattoos. 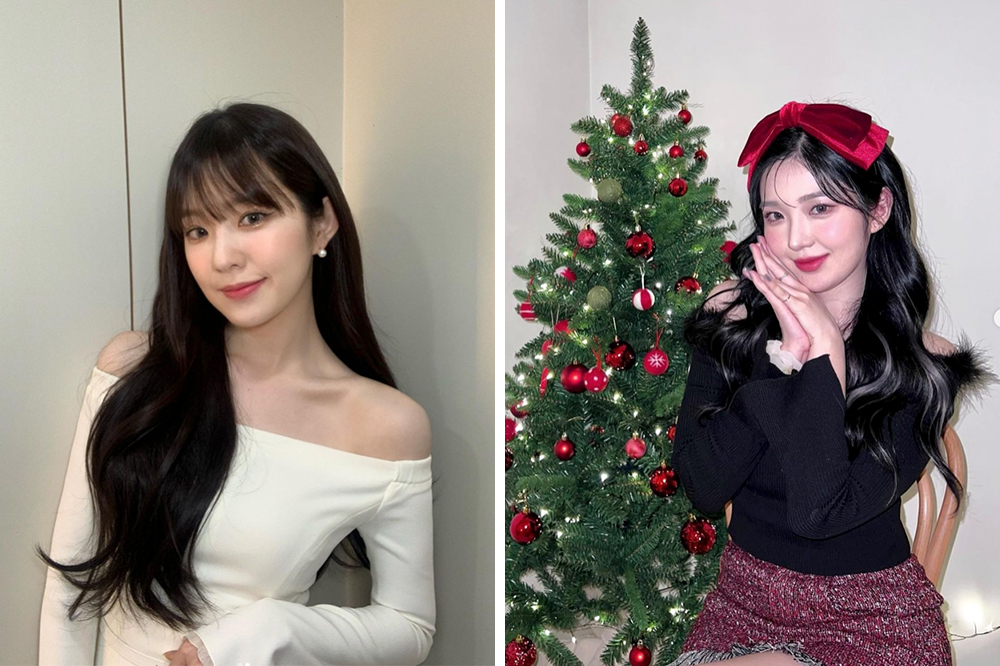 With over 91,000 subscribers on YouTube, beauty and fashion vlogger Kim Crystal isn’t new to trying out new Korean makeup trends and styles. Apart from her YouTube channel, her Instagram has gained a lot of attention for taking pictures similar to Red Velvet’s leader Irene, right down to their twin smiles. 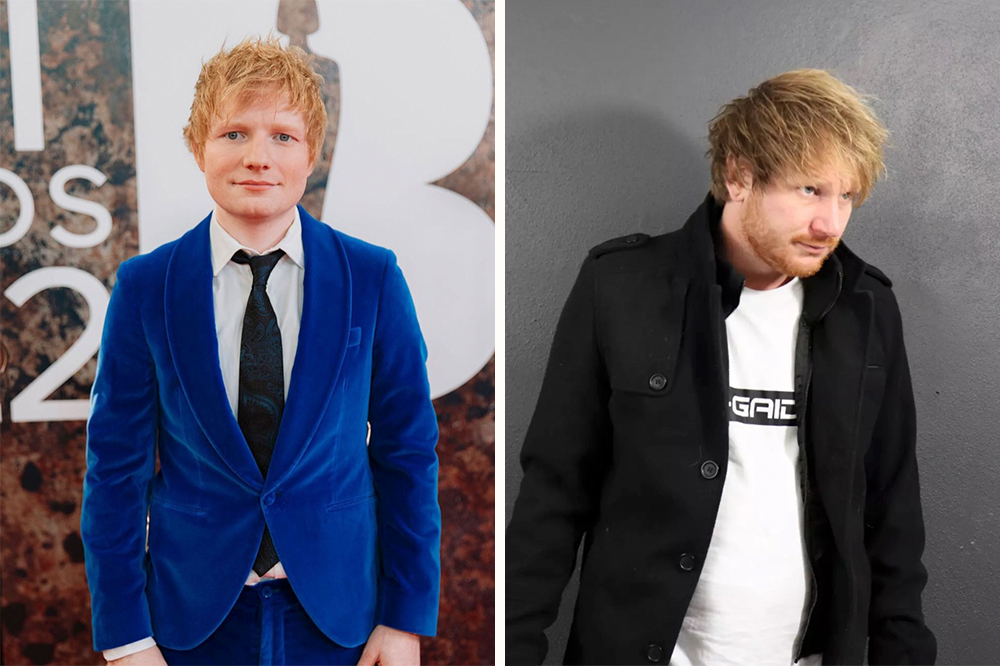 Going just by the name “Nic”, or “Nic Sheeran” for the laughs, Nic went viral for being Ed Sheeran’s doppelganger after his girlfriend posted a video of him, joking that she’s dating a celebrity. Since then, Nic has truly embodied being Ed Sheeran’s twin, naming his Instagram handle @edsheerandouble. The best part? His account is verified as well.

Nic himself also sings and plays the guitar, and fans have even claimed that they sound alike too. He’s been hosting concerts and tours named “The Ed Sheeran Double Show”, and has received awards for his performances. If Ed Sheeran is looking for a new artist to collab with, we hope that it’s Nic next.

These Celebrity Doppelgangers Look Uncannily Like The Real Deal

While being a celebrity doppelganger might seem fun and harmless, it doesn’t always come with benefits of fame. Despite looking like these celebrities, it’s also important to remember that these people have their own identity as an individual too.

But we can’t deny that it would still be a cool fun fact to say that you’re friends with Jungkook’s twin.