Based on SingStat, the average life expectancy of Singaporeans is 83.5 years. And for someone like me who is still in my 20s, death feels like a faraway and foreign topic. But not for Harmony, a 29-year-old female funeral director who has been in the business of death since five years ago.

While handling the deceased is part of her daily job scope, she shared with us how her journey in the industry has also changed her outlook on life and death, and the stigmas she faces as a young female in the male-dominated industry.

Entering the funeral business at 24 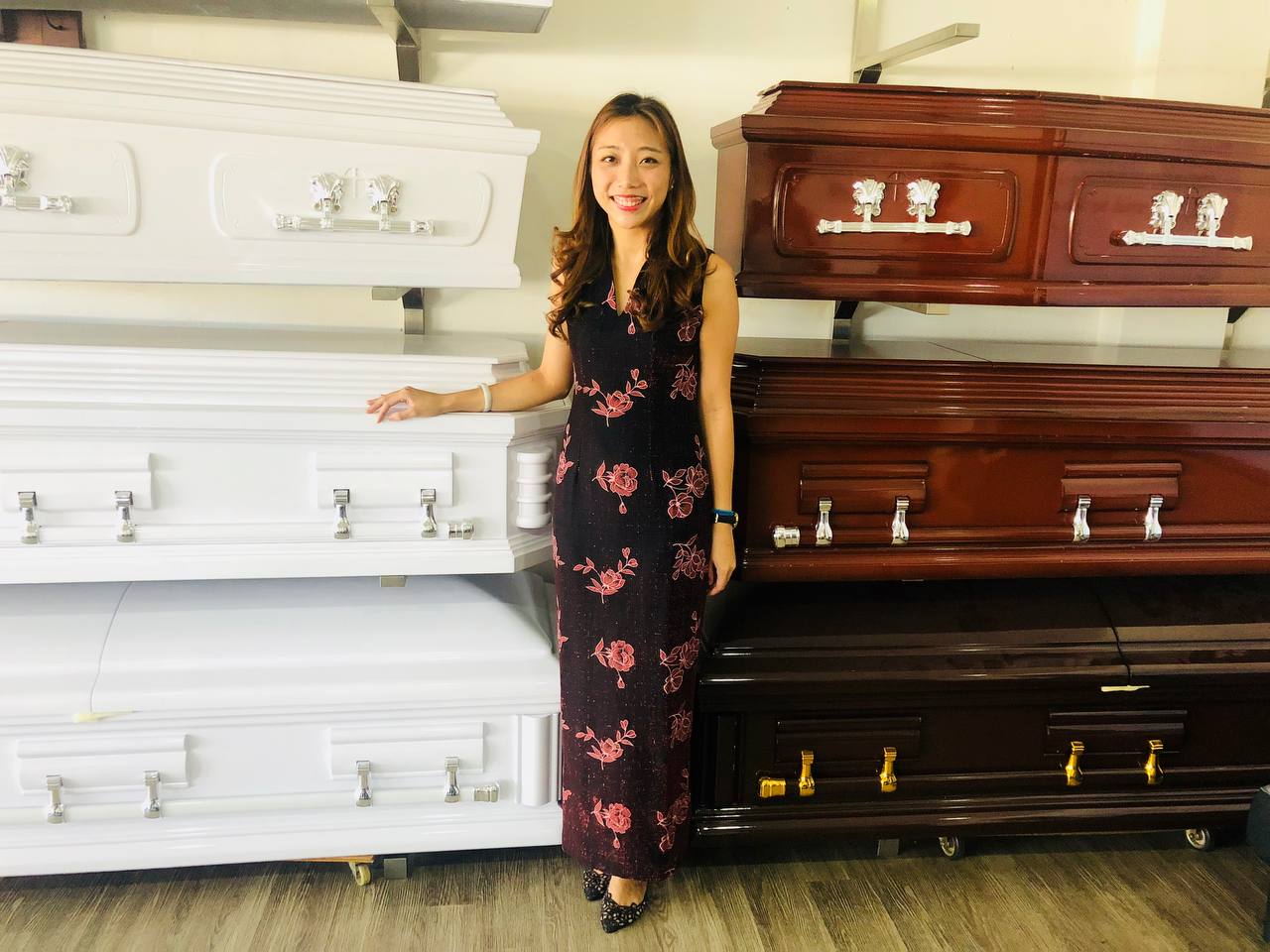 Securing a job at one of Singapore’s biggest audit firms is probably the dream for a local accounting graduate. But after working for a year, Harmony realised that there was more to life than climbing the corporate ladder in the business world.

It just so happened that her father’s health wasn’t the best at that time, and he was worried about the absence of a successor to her grandfather’s coffin wholesale business. This was when Harmony thought about stepping in to continue the family-owned business.

“Since my grandfather put in a lot of blood, sweat, and tears in establishing this family business, I didn’t want to see it go down the drain if no one from my family took over,” Harmony shared.

However, there were a lot of stakes she was risking ‒ namely, a stable route to financial freedom and a reputation as an auditor from one of the industry’s biggest players.

After some serious consideration, she decided to give honouring her family business a shot and submitted her resignation letter. There was no turning back.

Thankfully, it paid off – today her grandfather’s business is more than just a coffin wholesale. She has branched out to include funeral services such as funeral wakes, repatriation, and baby funerals, and even offers pre-funeral planning services like will writing and financial planning.

Challenges faced while working in the funeral industry 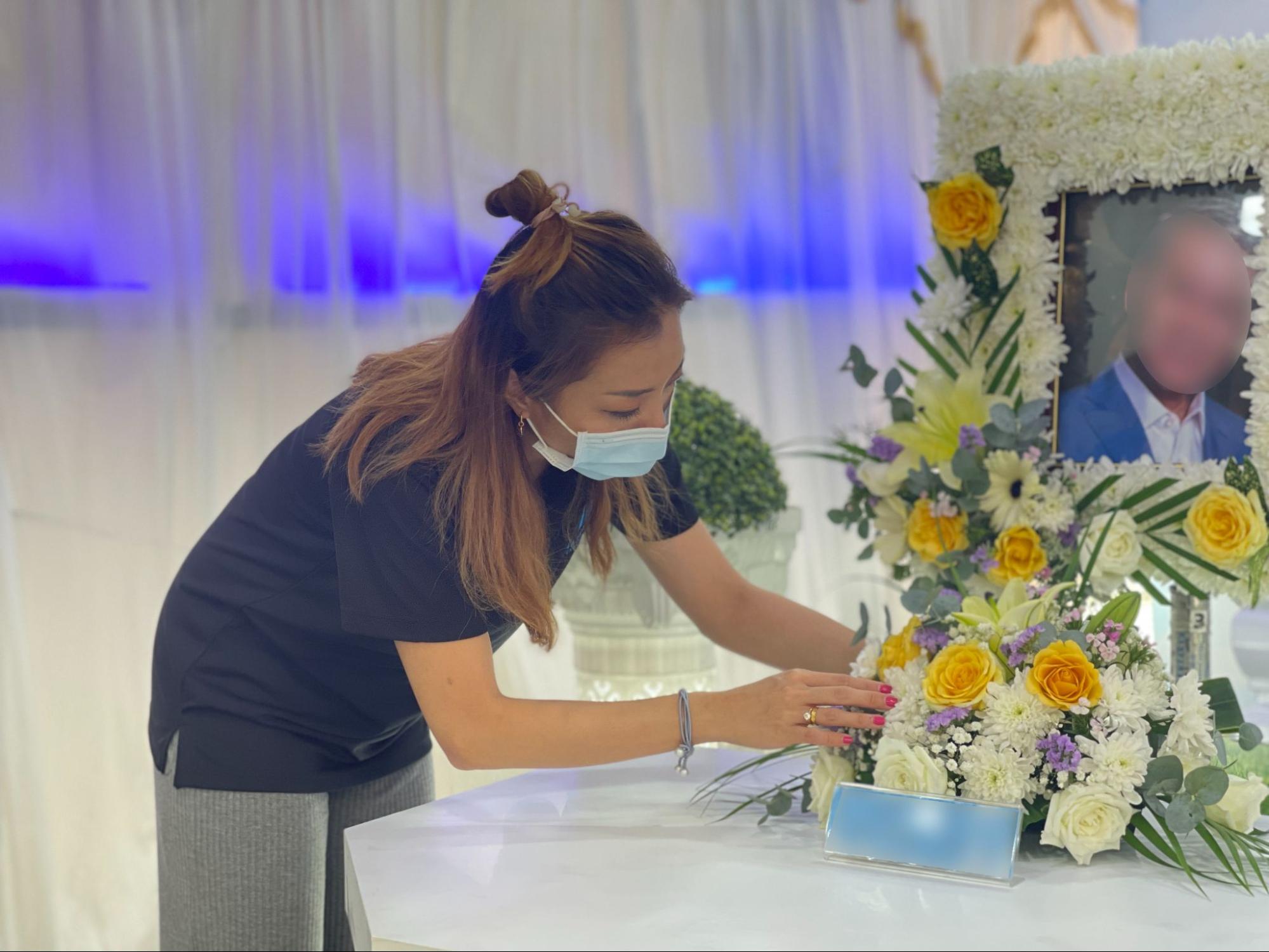 Harmony felt like a fish out of water the first day she turned up for her new job. Since the staff of her grandfather’s business were mainly from the older generation, many things were not digitised and there was no proper structure. Normally, companies have a handbook or a mentor for new employees to refer to, but Harmony had nothing of that sort.

“I ended up taking notes the old school way with a pen and a notebook,” Harmony recalled.

It took her a year of shadowing her seniors at work before she was capable of running things by herself.

Getting the hang of the workflow wasn’t Harmony’s only challenge as she found her physical strength constantly tested. Apart from liaising with retailers, she needed to shift and lift heavy objects such as coffins and sometimes even the body of the deceased.

“It wasn’t easy getting used to the smell of the body as it can get too overwhelming,” Harmony pointed out.

On top of struggling physically, some of her seniors were also spiteful toward her entrance into the company ‒ they felt that a university graduate didn’t quite belong in their environment. It was as if Harmony was “stealing” a job that wasn’t even at her level.

“To them, educated people are book-smart and not street-smart,” Harmony said. “I felt that they were also hinting that I won’t be able to do a good job. They asked me what I was doing there when I could be doing something better with my degree.”

It took some time for Harmony to earn the trust of her fellow colleagues, and it was only until later that they saw her dedication to the company ‒ through her improving the system of the company through digitalisation.

Yet, Harmony was hit with another hurdle as not everyone was a fan of change.

“There were times when I clashed with the OG staff because of my blunt opinions on how time and effort could have been better saved by digitalising our work,” Harmony explained.

It was harder for the older staff to embrace the switch but thankfully, she managed to convince them about how it would help to reduce human error and speed up efficiency.

How her career switch became a blessing in disguise 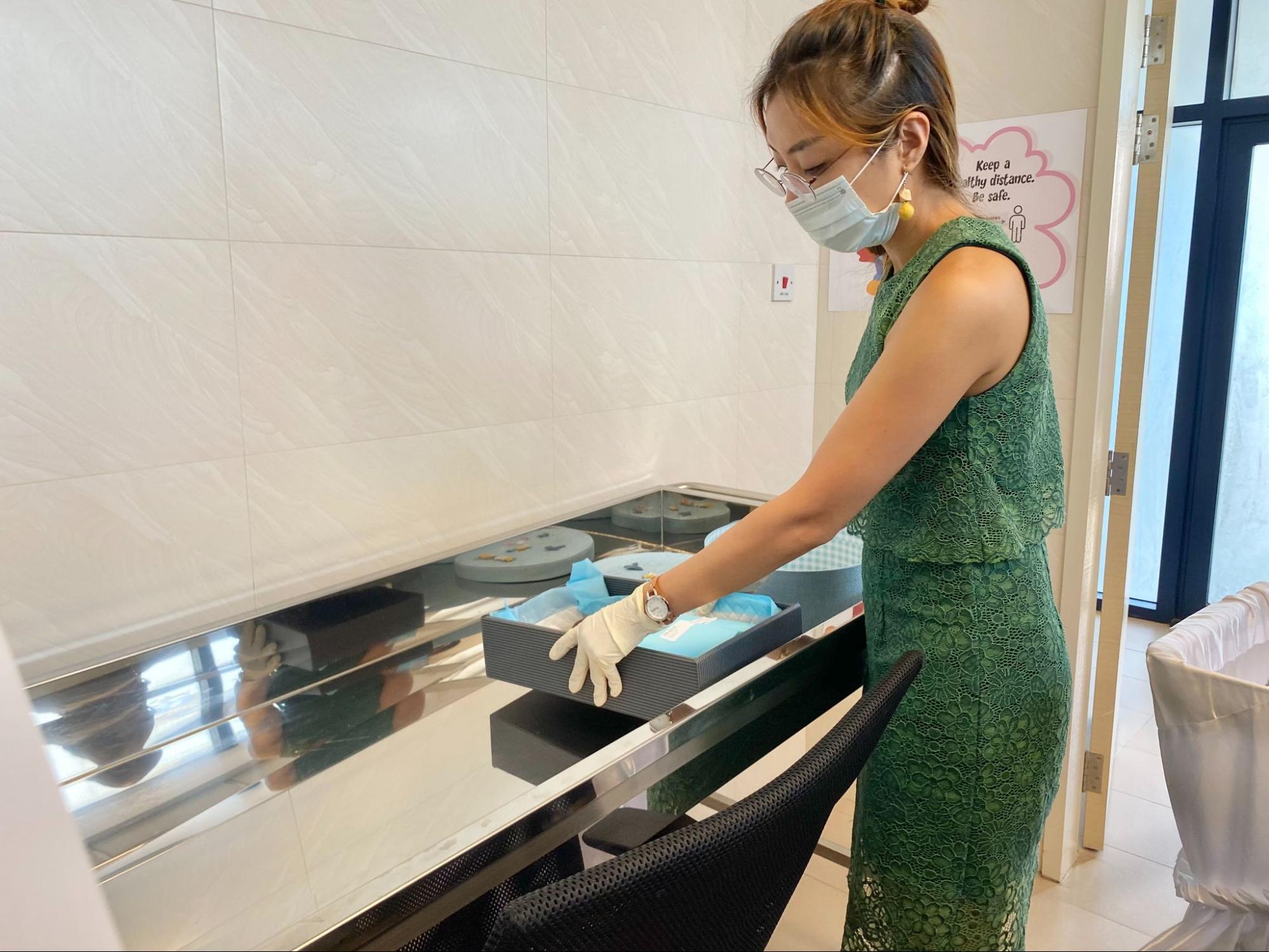 When I asked Harmony during our call if she regrets entering the funeral industry, she answered “no” without hesitation. She was glad that she made the switch at an early stage of her life, highlighting that “it would be too hard for [her] to learn and adapt to the new environment later in [her] 30s”.

Also a blessing in disguise, Harmony saw who her true friends were after entering the funeral industry. As her job required her to be on standby 24/7, she has had experiences when she needed to pangseh her friends suddenly. Rather than understanding where she was coming from, a few of her “friends” got angry and were offended by her “behaviour”.

“Because of those incidents, I tend to jio my friends in bigger groups now,” Harmony said. “If I really need to leave halfway, my friends would still have other people to hang out with.” However, Harmony’s “friends” weren’t the only ones who left her after the job switch ‒ her ex-boyfriend did the same too, citing reasons such as her erratic working hours and “hanging out” with male colleagues late at night.

Fortunately, Harmony later found love with her current husband. When they were still getting to know each other, she had to leave a date halfway because of work but he offered to tag along and even helped her out.

Rather than turning Harmony down after learning about the nature of her job, he was attentive and saw potential in their relationship. Let’s face it ‒ she found a keeper and Harmony didn’t hesitate to say “yes” when he eventually went on one knee. 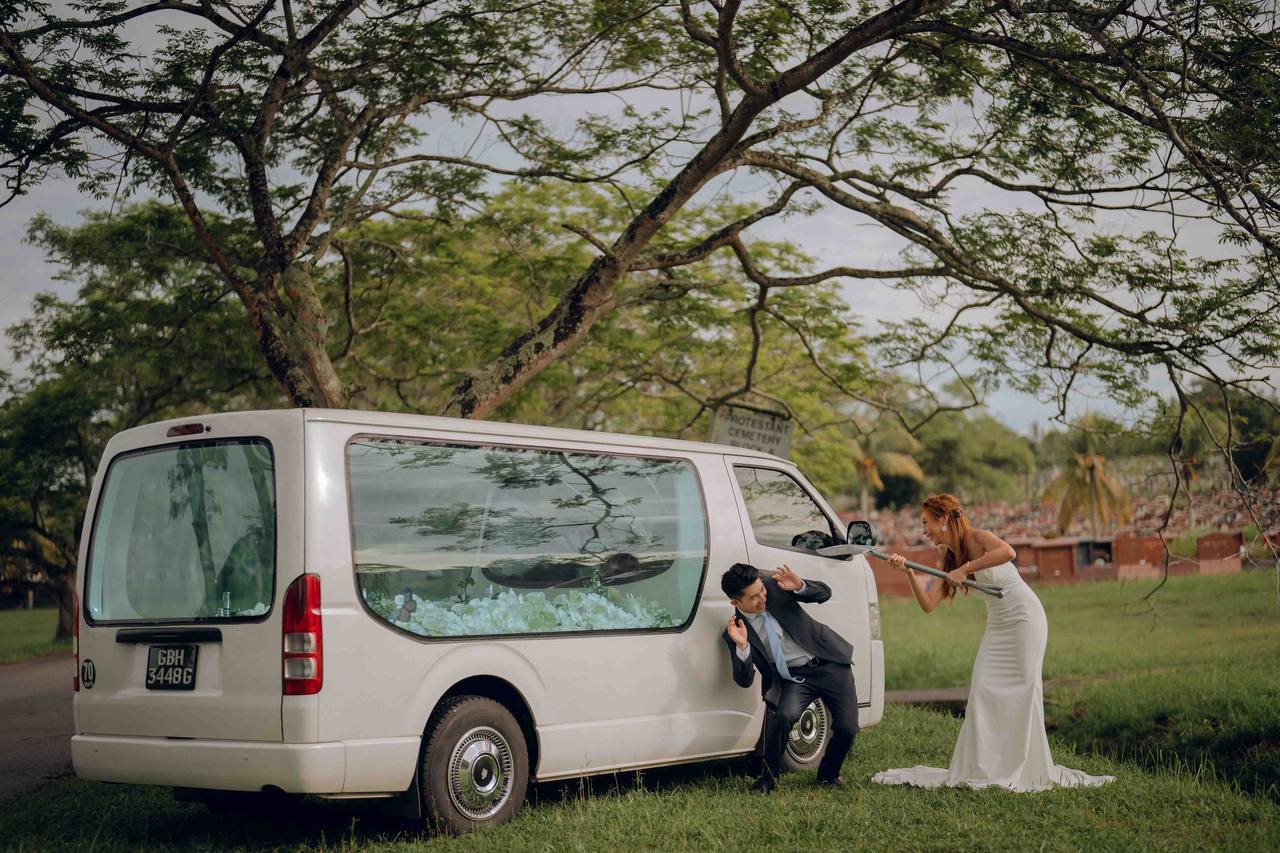 As Harmony and her then-fiance were working in the funeral and tax industries respectively, their pre-wedding photoshoot theme was cheekily based on, you guessed it, death and taxes.

They used coffins as part of their backdrop and even headed out to a cemetery as a shoot location. Afraid that things were getting too morbid, they decided to tone it down by having a normal wedding ceremony on the big day.

Seeing the world differently through working in the funeral industry 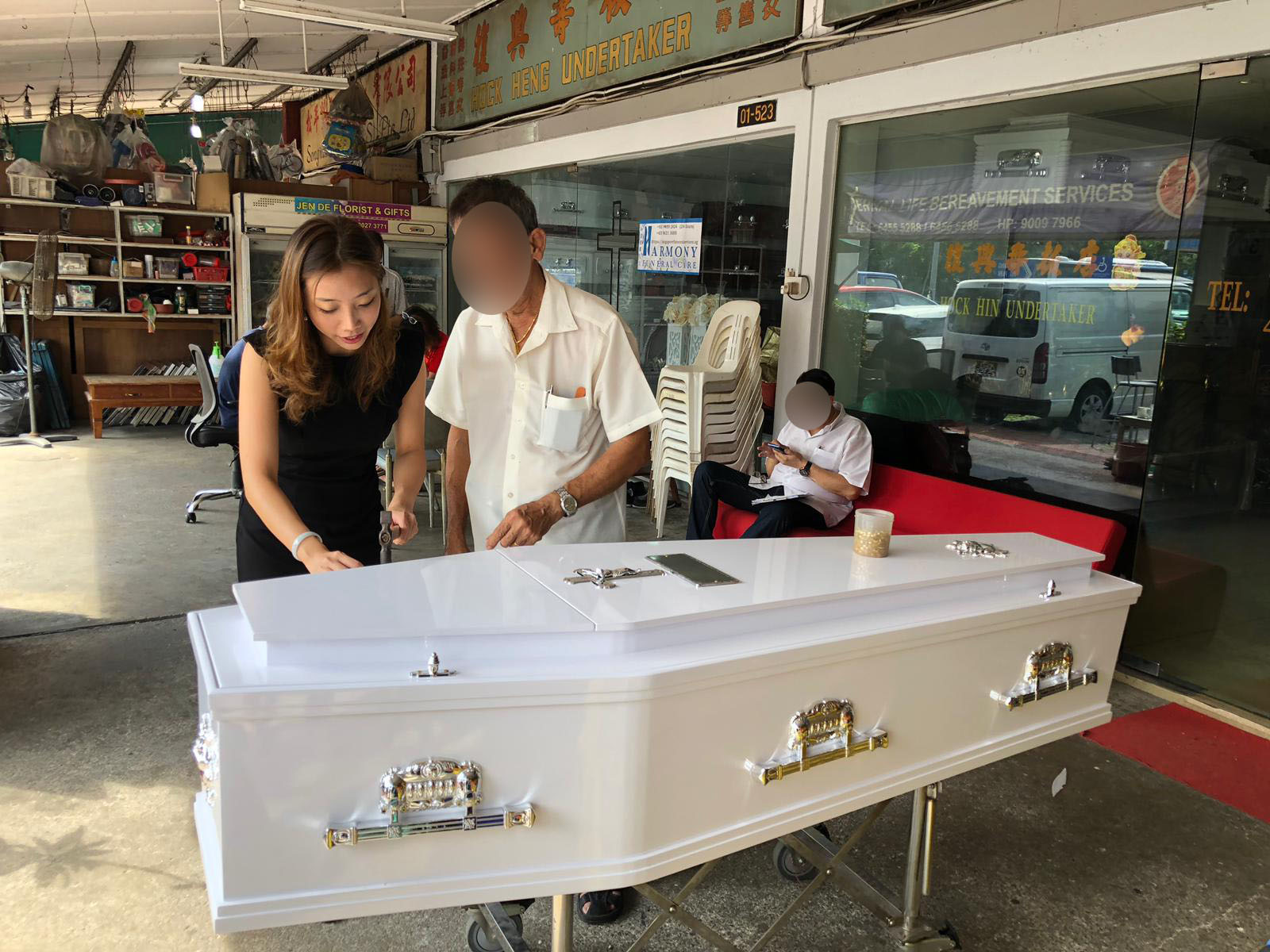 It would be a lie if Harmony said she didn’t see the world differently after working in the funeral industry for the past five years. Throughout her journey as a funeral director, she learned many things she wouldn’t have been able to pick up if not for her job. One of which was witnessing the most vulnerable moments of a family unit.

“Every family has a different way of accepting death,” Harmony shared. “Some were definitely sad, some were celebrative, and there were even some that wanted to hide the reason behind the person’s death like suicide or AIDS.”

Singapore is an advanced nation in many ways, but Harmony felt that we could do much more in normalising and embracing topics like death and grief.

“Grief is not a one-time thing, it comes in waves,” Harmony explained. “I think seeking professional help like talking to a counsellor is a good way to embrace the loss of someone.”

Most people also think that funerals are about sending off those who had lived a long life, but Harmony also mentioned that baby funerals are actually much more common than we realise.

According to Health X Change, miscarriages happen easily among young mothers, with a 25% possibility of ending pregnancies. Plus, that’s excluding abortions which happen due to abnormal fetus development found in the early stages of pregnancy. Do the math, and you’ll understand why Harmony made that statement.

“It makes me think a lot about the emotions the mothers went through and how they deserve so much respect,” Harmony said.

Her outlook on life and death today

With Harmony thrust into a whole new world, it’s not surprising to see how her outlook on life and death has changed too.

She considers herself a narrow-minded person in the past and was someone who was stubborn and wouldn’t compromise. Also, she admitted to thinking that rising in ranks and owning material goods were the way to go in life ‒ working hard in a corporate company was a “foolproof” way to success.

However, all of that has changed.

“I began to look at the world differently and realised that life is so much more precious because death can happen to anyone at any time,” Harmony shared. “I became more flexible when it comes to listening to opinions and trying out things I never see myself doing.”

It struck Harmony that she didn’t want to be on her deathbed and regret not living the life she has dreamed of.

Instead of focusing on the pursuit of wealth, reputation, and power, Harmony recommends thinking about the kind of life you aspire to have. It can be as simple as spending quality time with your family through a meal.

In parting, she also enlightens by saying that “no matter how successful a person is, no one can bring success and materialistic gains along with them when they eventually pass.”

Future plans and advice on planning a funeral 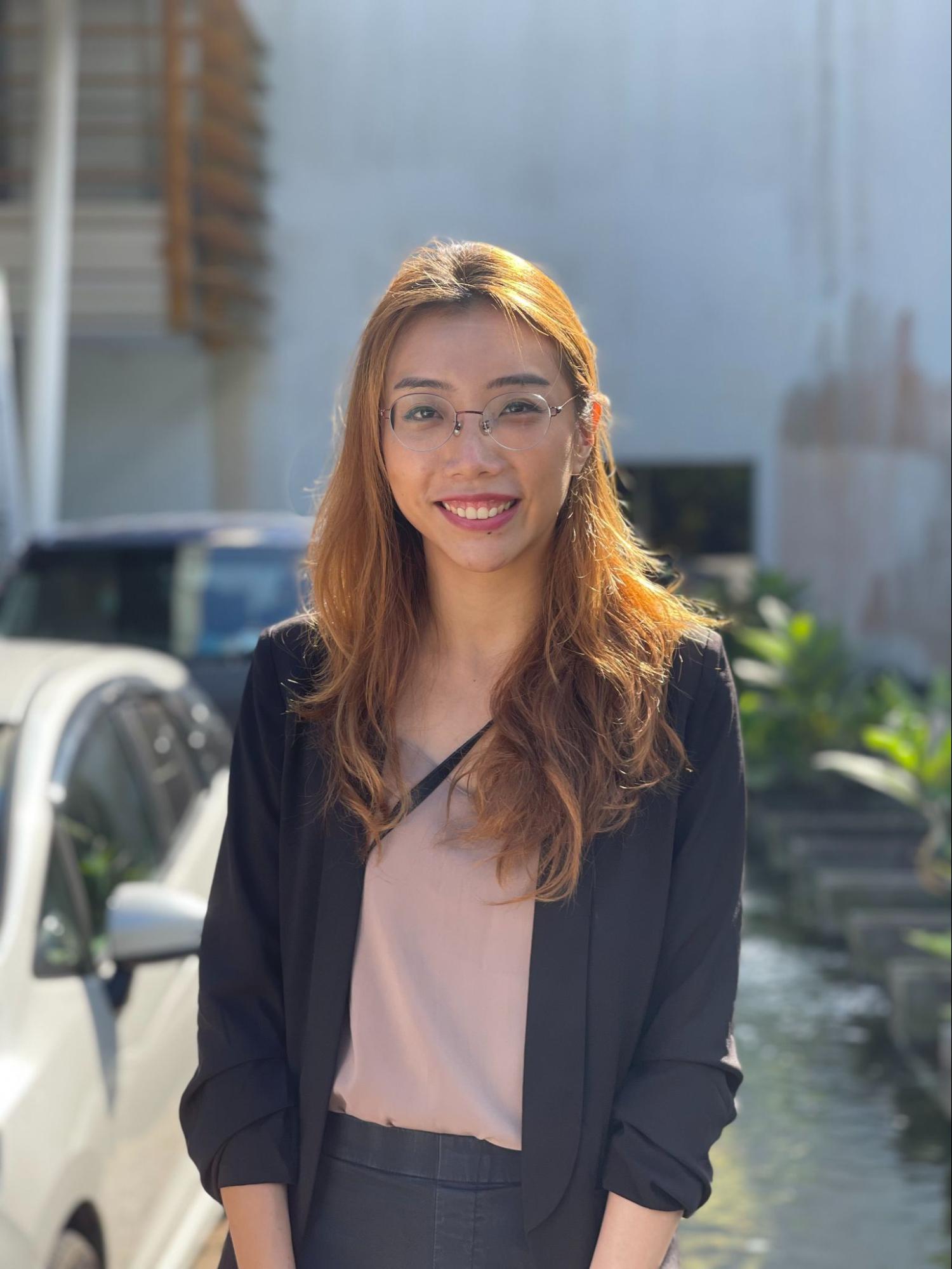 Normally, Singaporeans search for a new job in the hopes of getting a better salary after about a year or so. But Harmony plans to stay in the funeral industry at least for the next 10 to 20 years because she still finds meaning in her work.

While she predicts the younger generation will later dominate the funeral industry, she believes that it won’t happen until about 30 years later.

Currently, Harmony has an 18-year-old intern but it is still early to tell if she would fully commit to entering the industry. After all, the job is demanding and she has seen many others who backed out within a month.

To those who are interested, Harmony suggests trying out similar jobs for a few months before deciding if the work really suits them.

As for advice on planning one’s own funeral, Harmony mentioned that there is nothing wrong with preparing early but recommends reviewing your plan once every 5 years. Since preferences might change over time, it is best to make any required changes during the review.

“Make sure to also plan it with a will because it will make things less complicated when you eventually leave the world,” Harmony suggests.

Asking about her own future plans, Harmony shared with me that she wants to modernise her company further, giving examples from western funeral services.

“I noticed there were more clients who preferred to hold wakes for a shorter period of time,” Harmony explained. “Rather than a 3-day wake under an HDB block, some opt to go for a 1-day wake which is similar to those in the western countries.”

With an ever-changing scene in the funeral industry, Harmony is prepared to take on new challenges in due time.

Harmony’s story serves as a reminder that while superficial things like wealth are indeed important, there is nothing more fulfilling than living a life filled with experiences. Rather than regretting things too late, we start living the life we’ve always wanted to.

All images courtesy of Harmony.
Responses have been edited for brevity and clarity.