Fiona Fussi Is One Of Singapore’s Top Models

Fiona Fussi is one of Singapore’s most prolific models. She was the first Asian face to be featured in Chanel’s global makeup tutorial videos. She also counts other international brands such as Clarins and Lancôme as part of her clientele.

Fiona’s career began when she won the Elite Model Look competition in 2011 when she was just 16 years old. While many girls dream of walking on the runways of fashion shows, Fiona has been there, done that.

Now, being a runway model is no longer one of her pursuits. Instead, she is more interested in beauty and acting jobs. She says, “The fashion world, they’re more cut-throat. When I did the rounds in Paris and New York, they just treated you like cattle. That’s why I stopped doing [them].” Being a model often means being ill-treated

Fiona explains what goes on behind the scenes of the glamorous runways at fashion week. Major fashion houses will call for agencies to send hordes of models to wait in a “giant hall with no tables, no chairs. They expect you to wait all day, they expect you to have no life.”

After all that, they might or might not end up booking you. She brings up an example of how she waited all day for a casting call to model shoes. When it was her turn, the person in charge dismissed her for having the wrong shoe size.

“You couldn’t have asked agencies to send girls with the right shoe size?” Fiona laments.

Being yelled at is also something an aspiring model has to endure. She tells me of an incident that happened one Singapore Fashion Week when she was a host:

“There was a show director screaming through the mike, calling [the models] names, basically being rude and hurtful for every single person in the whole place to hear. The energy is sometimes really bad, they don’t treat people like human beings.”

“In what other job is that not a breach against human rights? The girls have to tolerate it.” She adds how many models are mistreated in the name of ‘paying their dues’ to earn bigger jobs; yet modelling for fashion doesn’t even pay well. 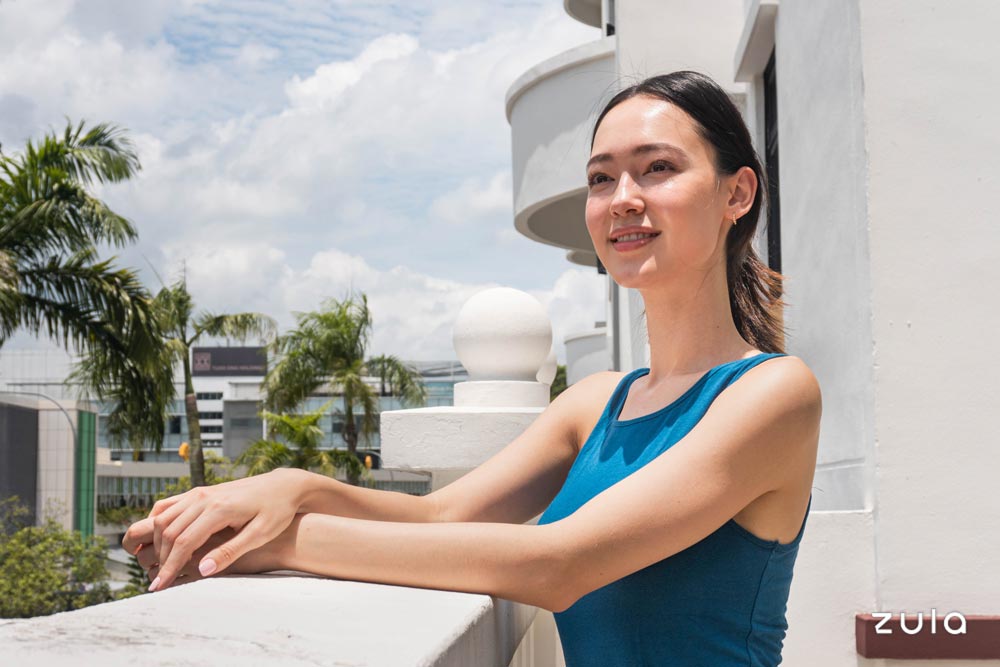 Fiona Fussi deals with admirers on a daily basis

While Fiona’s good looks have led to her securing prized clients like Chanel, they also sometimes attract unsavoury people.

She has learnt to accept the dick pics and “marry me” messages as part and parcel of the career she has chosen.

Fiona explains that the DMs and emails don’t bother her but a stalker showing up at her agency scared her. A person who emails her often showed up at her agency and told her booker, “Can I have Fiona Fussi’s address? I’m Fiona’s boyfriend and I need her address.”

Her booker brushed the guy away but he persisted.

“It’s a surprise that’s why,” he tried to convince the booker. “I’m writing a book about Obama, Clinton and Fiona Fussi together. I need to protect her from Obama and Clinton.”

Fiona sighs when recalling this incident, “What if he goes and asks friends that I’m not super close to [for my address]?”

Another stalker took it a step further and paid her a visit at her gym. She had posted her visits to Evolve MMA gym on Instagram and he went there looking for her.

Someone stalked her at her gym

“This guy was DMing me every day without fail, they were like diary entries,” Fiona says about some of her stalker’s text messages:

“Fiona, my love, I had such a bad day… but I’m so glad I can look forward to talking to you.”

One day, she was doing a muay thai class at Evolve MMA. Being short-sighted, she rarely pays attention to who else is training with her as she cannot make out their faces clearly.

Fiona was able to recognise her stalker as he had posted a selfie on his Instagram feed that she had checked out due to his relentless messaging, despite never getting a reply from her.

The Muay Thai class was not the end of it. He appeared again once when she was working out at Evolve’s gym. When she let go of a pair of weights she was holding, he immediately appeared to grab hold of the weights.

“I was doing these squats on this half-balancing ball. He just stood there with the weights. He ran to the half ball and stood on it the moment I got off. I kept going further in the gym. He was just picking up everything that I was standing or holding.”

Once she felt trapped at the extreme end of the gym, she made a dash down the stairs. He followed suit and yelled in a strained voice, “Fionaaaa! Fionaaaaaa!”

“I ran to the toilet, stood there and hid there. He was DMing me non-stop saying, ‘I’m sorry, give me another chance.’”

She waited for a couple of hours in the toilet until he disappeared. She approached the staff to explain her predicament but they were unable to help her. After all, he was a paying customer and they could only take action if he had broken the rules.

“I stopped going [to the gym] so much because I don’t feel so safe. But he still DMs me until now.” 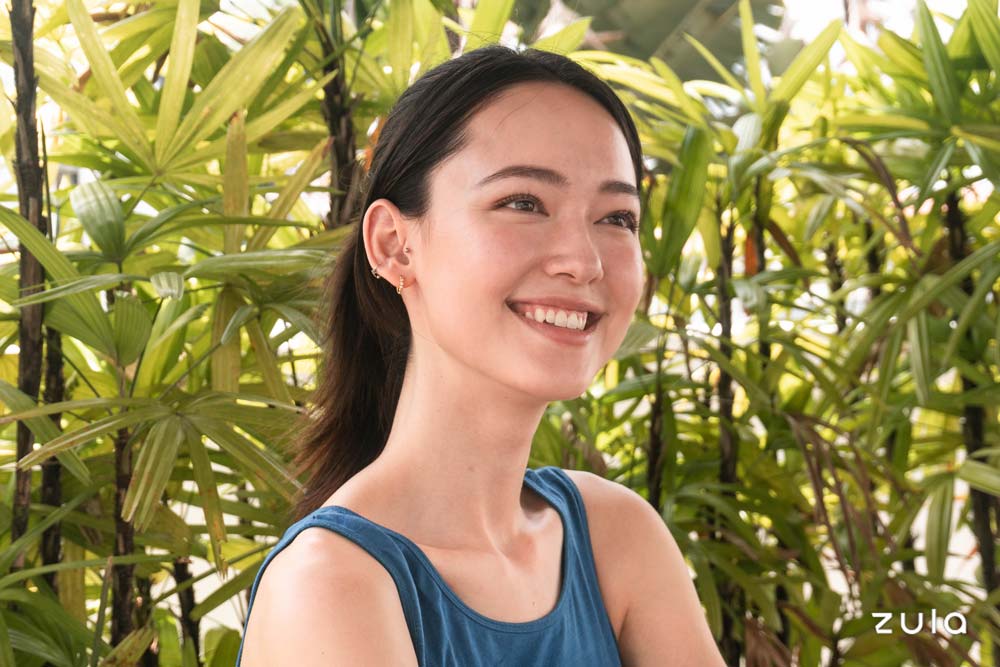 After hearing about her delusional ‘boyfriends’, I was curious to hear about her love life. She shares that she is happily dating someone now and dishes out some love advice.

“Make a realistic list of what you want in a partner. The more the better.”

I apprehensively reply, “What if that person does not exist? Or what if I’m too demanding?”

Fiona retorts, “But no! That fear is what’s stopping you. If you don’t know what you want, then how can you find it?”

She goes on to explain that the list helps you to be aware of what you’re looking for but you should still remain open even if a person does not tick all your boxes. She smiles and tells me that after making her list, she found someone who ticked almost all her boxes. 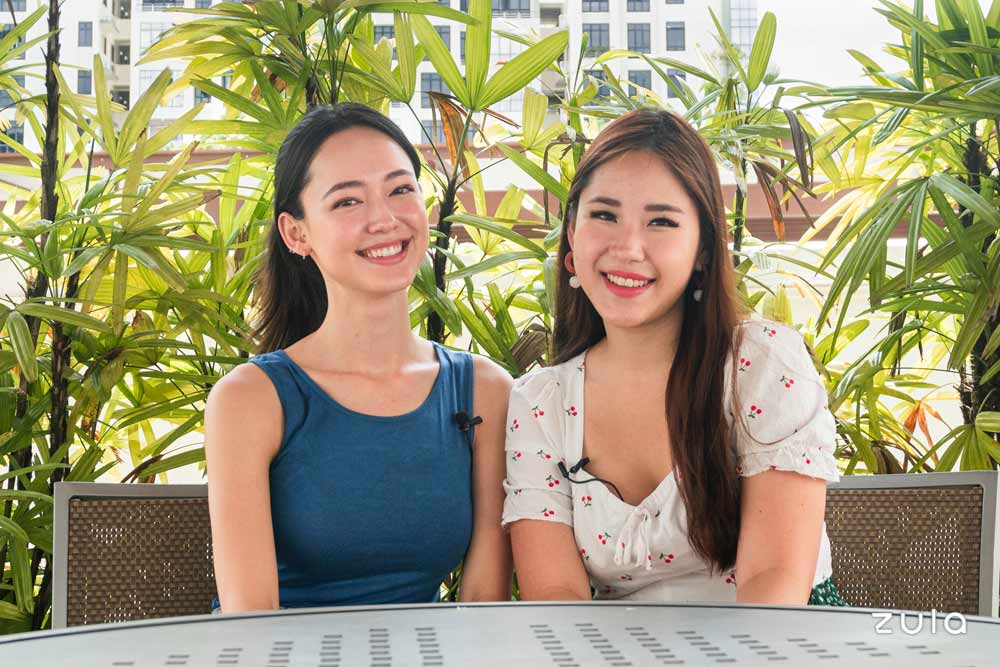 Fiona and the host of Zula Pillow Talk, Jessica Loh

Why Fiona is very aware of toxic masculinity

As for her type, she’d rather not date anybody who reminds her of her father.

She says, “I hate everyone who reminds me of my dad. Usually, [their traits] come up early in the relationship. I have zero tolerance for it.”

“He’s the first example of toxic masculinity [I encountered],” she elaborates when explaining why resembling her father is a turn-off. “He has to be the man of the house, what he says goes. He can shout and use bad language but no one else can. My mum is super kind, caring and giving. She really doesn’t fight back much, so I do it for her.”

Fiona elaborates on her strained relationship with her father, “Even though it’s scary, I think it’s good to open up conversation about this because it can be stressful feeling like you have to project a perfect family dynamic.”

Her tension with Dad forced her to “cut off a part of myself to stop caring and seeking [his approval]. Every child essentially wants love and approval from their parents. When I stopped seeking that, he valued our time more.”

Fiona explains why having good or bad parental figures can affect anyone adversely: “How they treat you becomes how you expect to be treated,”

She concludes by saying that she is not against alpha males, only “alpha males who believe they deserve to be alpha males.” Girls and boys around the world dream of becoming a model when they grow up. However, it is rare to be offered an insider look beyond the glitz and glamour.

Fiona’s mini exposé of the modelling industry has convinced me that the supermodel careers of Gigi Hadid, Kendall Jenner or Miranda Kerr are but a pipe dream for the thousands of aspiring models out there, who often have to battle self-image issues on top of harsh working conditions.

I’m also thankful for Fiona’s honest sharing of her family struggles, a topic rarely talked about in society due to the pressure of ‘filial piety’ in any Confucian-based society.

“I just wish that the story has a positive outcome, but it’s not there yet,” Fiona shares about her relationship with her father, showing that as it is  for many of us, strained parental relationships are a work in progress.