Singapore has been lauded for many things. It’s clean, it’s green, it’s the birthplace of Crazy Rich Asians. But one thing it has never been celebrated for is its people’s soft skills. During the recent General Elections 2020 (GE2020), however, we were exposed to displays of courage, humility, leadership and other life lessons straight out of a sports movie.

While some candidates’ and citizens’ actions left us befuddled, others showed us the way forward. Here are 10 life lessons to take away from GE2020 that give us hope for a Singapore that is more empathetic, less apathetic.

1. Have the courage to look adversity in the eye and be vulnerable at the same time 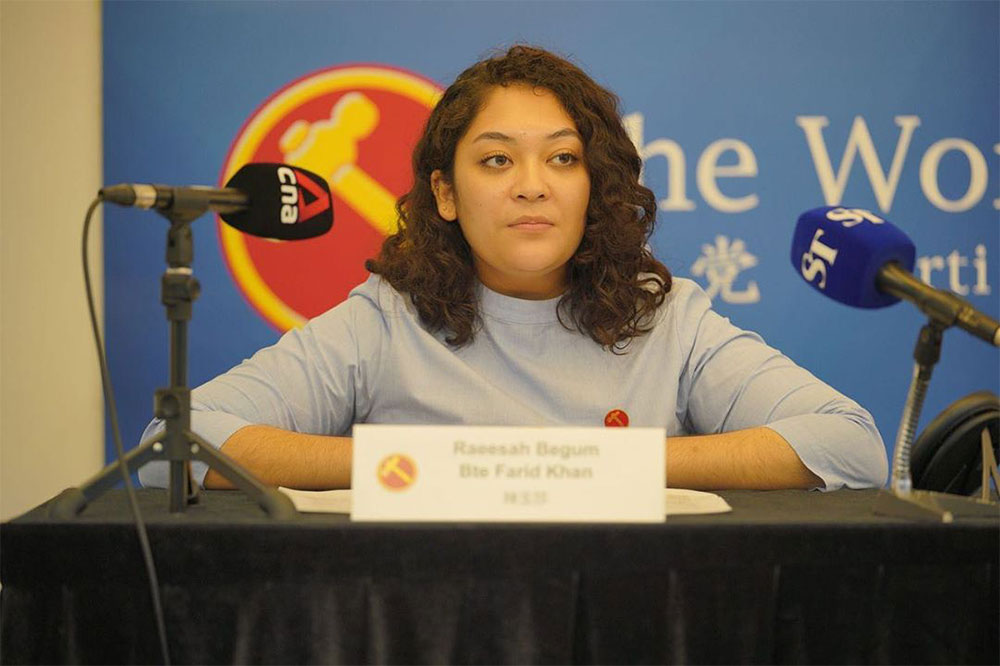 Even those living under a rock would be aware that 2 police reports were lodged against Workers’ Party GE2020 candidate for Sengkang GRC, Raeesah Khan. These were filed over comments she’d previously made on social media that were deemed to be insensitive with regard to race and religion.

Rather than keeping mum, Raeesah publicly apologised (at a doorstop and on Facebook) and promised to cooperate fully with police investigations. She took to Instagram to further share her thoughts, saying, “…whatever the outcome, I will continue to be the voice for the issues that I deeply care about. ⁣
⁣
“I hope that by being vulnerable it shows Singaporeans that there’s not wrong with having bad days and that we have each other to count on 💙⁣”

No matter which party you support, Raeesah’s humility, perseverance and willingness to be vulnerable are qualities more Singaporeans can emulate.

2. Be brave enough to lift others up and support them when they need it 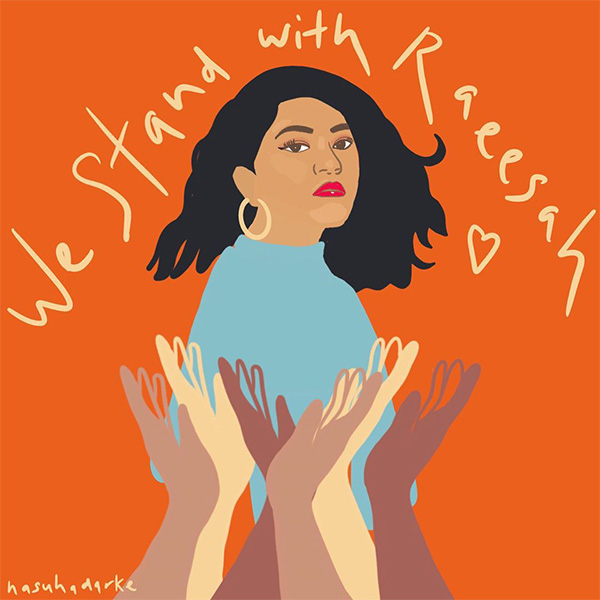 From mental health to equal rights, Raeesah champions causes and policies that are close to millennial and Gen-Z Singaporeans’ hearts. No wonder then, that they came out in droves to show their support for her on social media.

Hashtags like #IStandWithRaeesah and #CatsForRaeesahKhan (because the Internet) started trending on Twitter. Instagram user @nasuhadarke’s illustration of Raeesah above went viral. Young people bravely used their platforms to speak out about their opinions on the police reports and Raeesah’s response, while being respectful at the same time.

Say what you want about avocado toast or TikTok dances. Millennials’ and Gen-Zs’ actions give me hope for future generations.

3. Being a good leader takes grace and accountability A good leader is one who stands by their team member and protects them when the going gets tough. As Facebook user Clement Chio pointed out in a viral post, he was impressed by “how swiftly [the] Workers’ Party came out to deal with this” and, in particular, how WP party chief Pritam Singh handled Raeesah’s police reports “like a boss”.

Like Mr Miyagi in Karate Kid and Herman Boone in Remember the Titans, Pritam showed us what true leadership looks like. All of it broadcast on national television, no less, for us to watch and learn.

Now that he has been acknowledged as the Leader of the Opposition, we can’t wait to see what other leadership lessons he has to teach us.

4. Do unto others as you would have them do unto you

5. Pay no heed to naysayers. Let your work do the talking instead 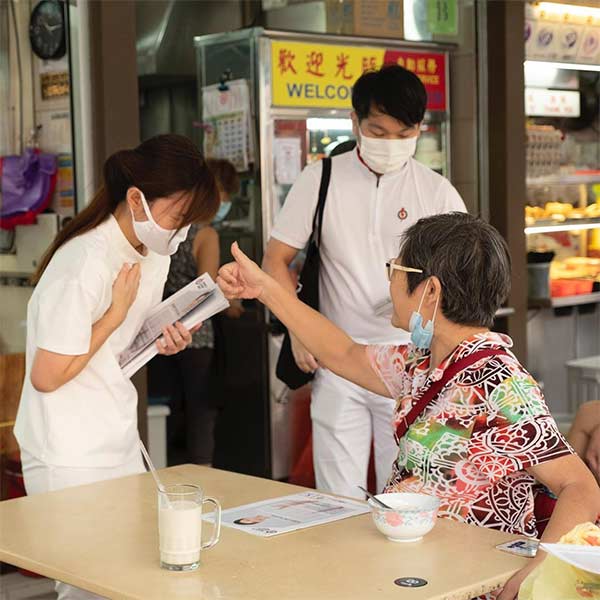 Tin Pei Ling entered Singaporeans’ public consciousness with a bang at the 2011 General Elections; and not in a good way. She was accused of materialism and riding on the coattails of her husband and more experienced ministers. The level of public scrutiny and, quite frankly, sexism she had to endure is something even the most thick-skinned individuals would have balked at.

But the politician took things in her stride and hit the ground running hard. She ran solo and beat out 2 other candidates to win Macpherson SMC at the 2015 elections. This year, she not only retained the ward, she also saw a 6.16% increase in votes, making her an anomaly for the PAP during GE2020.

Tin Pei Ling is proof that actions speak louder than words. Instead of wasting time and energy on her critics, she focused her efforts on fighting for the rights of the elderly, women and families in her constituency. And in the end, her sincerity paid off. The same can be said of Singapore Democratic Party’s Chee Soon Juan. Say what you will about him. But there’s no denying the man has more grit, passion and fervour than most people half his age. This GE2020, he received 45.2 per cent of votes at Bukit Batok SMC, the best performance of his political career yet. For him, the work on the ground continues. As he shared in a poignant post after the results were out:

“I cannot say that the results did not hurt. It is painful. But in the spirit of the Singapore Democrats, we pick up the pieces and press on.
I was back in BB this morning to say thank you. The warm smiles that greeted me both melted my heart and, at the same time, steeled it.
The road to democracy and freedom is a long one. Again, thank you for opening your door along the way and giving me sustenance. I walk on.”

Be it the police reports filed against Raeesah, the person who reported Raeesah in the first place or Xiaxue, one thing was clear. What you say on social media can and will be held against you.

So kids, before you post something online, take some time out to think about your words and if they could be perceived in a way that could come back and haunt you in the future. It was the ultimate GE2020 glow up. Progress Singapore Party’s (PSP) secretary-general Tan Cheng Bock went from being called a hypebeast to being written about on Hypebeast.

The 80-year-old proves that you can do serious things without having to take yourself too seriously. It’s a timeless life lesson for his 38k and counting followers, many of whom are millennials and Gen-Zs. So is his willingness to learn from those younger than him, whether it’s how to rotate a picture on IG or the meaning of the word “woke”.

8. Don’t be afraid to poke fun at yourself Tan Cheng Bock does not have any merch to his name—for now, at least. That honour goes to PAP’s Heng Swee Keat and WP’s Jamus Lim.

Some might say this is just good ol’ capitalism at its best. But Singaplex’s GE2020 merch poking fun at the “East Coast Plan” shows that Singaporeans have a sense of humour. And that’s better than being apathetic any day. 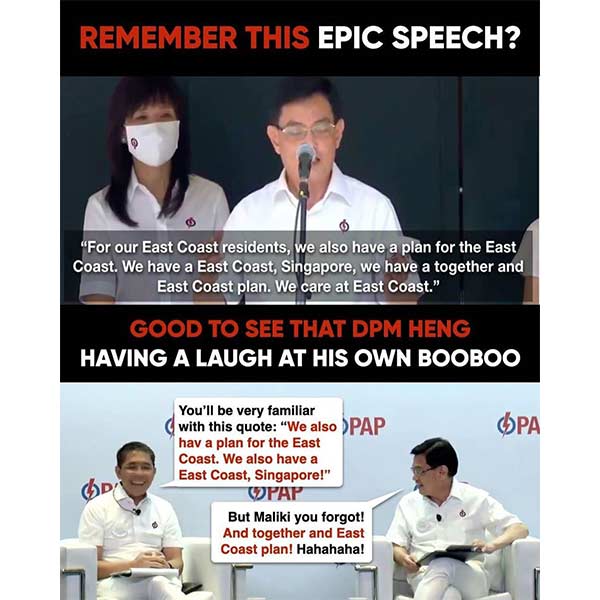 In a meta moment, DPM Heng even went on to reference his own fumble in an e-rally with his fellow East Coast GRC candidates, showing us that he is brave enough to laugh at himself too.

9. Remember where you came from

Jamus Lim emerged seemingly out of nowhere to charm the country with his intelligence and eloquence during the first GE2020 debate.

An ex-World Bank economist who attended elite schools like Raffles Institution and Raffles Junior College, he recently returned to Singapore after living abroad for years. You might think someone with such a resume might have forgotten his roots and be out of touch with what is going on on the ground.

Thankfully, one look at Jamus’ personal profile on Workers’ Party’s website is all it takes to put your fears to rest. His hopes for Singapore include: “A progressive and prosperous Singapore that offers diverse opportunities for our young to realize their dreams, without forgetting the weak and vulnerable among us.”

With his background and vision, Jamus could be the one to help us get cracking on the issue of meritocracy in our education system. Along the way, it might just cultivate the empathy chip that past generations sometimes found themselves missing in our paper-chasing society.

10. Political differences are not the be all and end all; being a decent human being is That same GE2020 debate also gave us a wefie featuring Jamus and Vivian Balakrishnan. Many viewers noted how Singapore’s Foreign Minister appeared to be impressed by the former’s performance during the debate as well. Then there was the fistbump between PAP’s Tharman Shanmugaratnam and Chee Soon Juan while both were on the campaign trail. 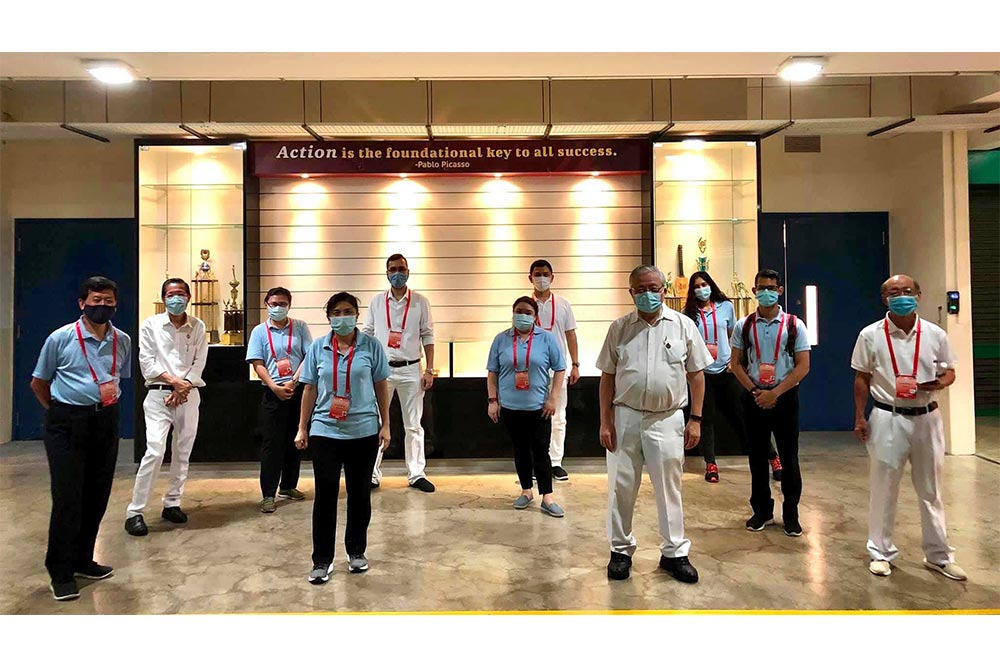 Lastly, this snapshot shared by Tan Chuan Jin of members of the PAP and WP teams after the counting was over on elections night showed us that no matter which team you’re on, what matters most is that you’re on #TeamSingapore.

Wefies, fist bumps, mutual admiration…members of opposing parties coming together even during a time of social distancing truly warms the cockles of our cold, jaded hearts.

GE2020 is over and a new day is upon us. Here’s hoping that these life lessons will stay with us as we continue working towards a more empathetic and compassionate society that we’ll be proud to call home.