One good thing that emerged from Jack Neo’s newest series Ah Girls Go Army was definitely Glenn Yong and his charismatic personality. The 26-year-old actor has been capturing the hearts of many fangirls, both locally and internationally, more so after his turn as Sergeant C K Chow.

With Glenn gaining popularity and recognition, we don’t blame you if you’re curious to learn more about this rising star and his quirks. Here are 11 facts about Glenn Yong so that you can be a certified fangirl, or as he calls them, “Hang Bao Bao”.

1. He works in marketing full time 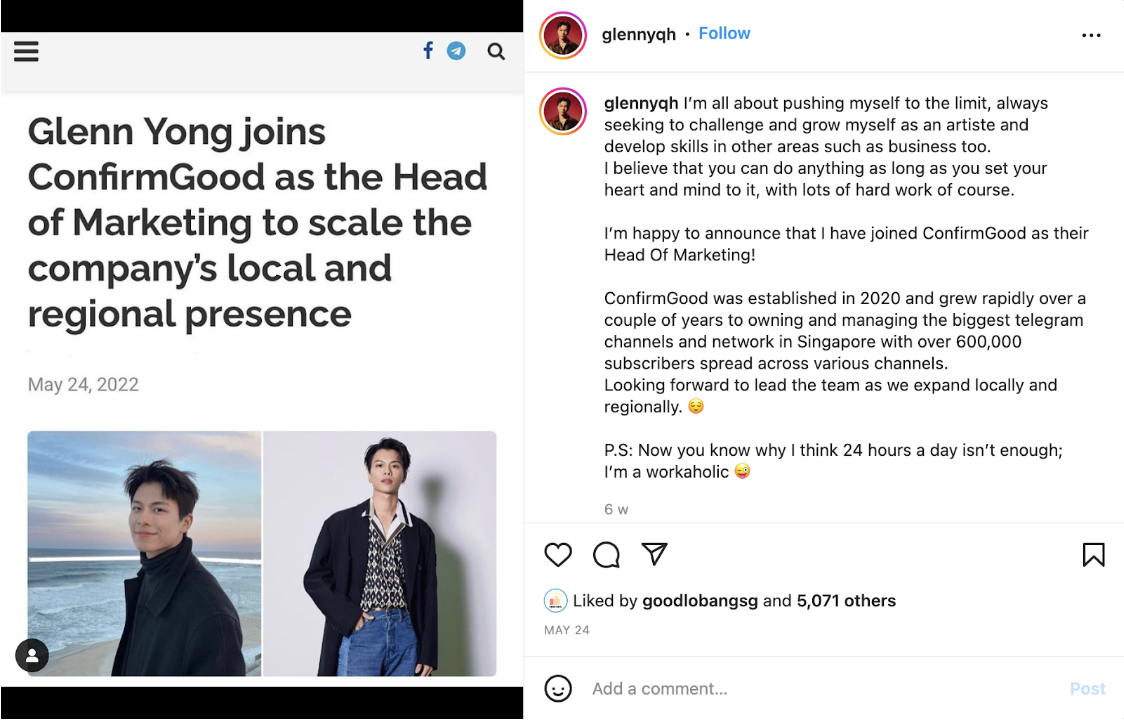 Jack of all trades Glenn is not only thriving in the entertainment industry but also in the business world. He studied at Murdoch University and graduated with a degree in Marketing.

In recent news, Glenn announced that he was going to join the marketing team at ConfirmGood as the head of the department. With this new exciting role, he hopes to venture into a world of new possibilities and make an impact in that area as well. No idea how he balances his filming schedule with a full-time job, but kudos to him for doing so.

2. Glenn’s biggest motivation is his family 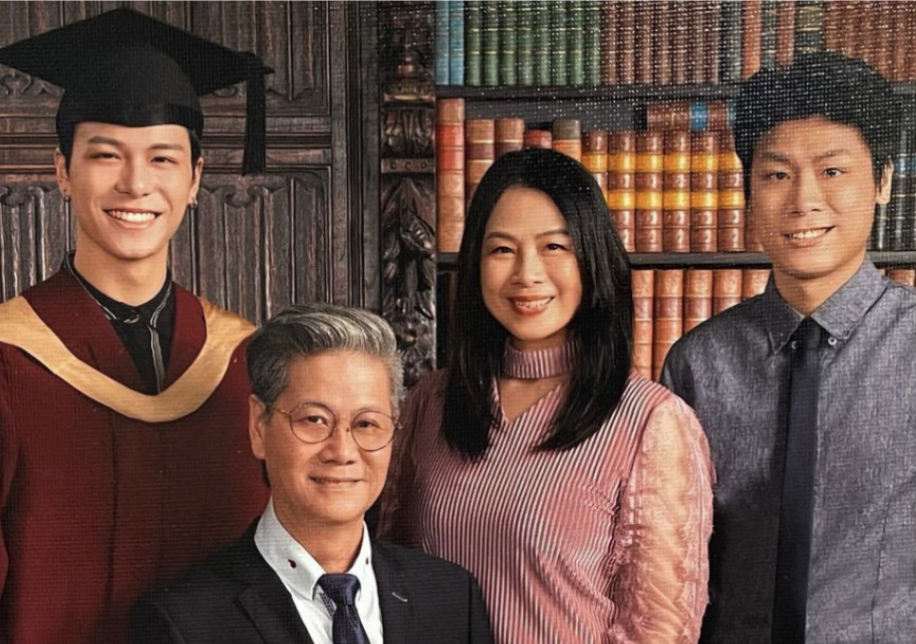 Glenn’s most prominent driving force is none other than his family. From an interview with 8days, he shared that he looks up to his dad who was the sole breadwinner for many years.

His decision to further his studies at university was heavily influenced by his family, who wanted him to finish his degree first before becoming an actor. Glenn also shared that he should work even harder so that they can live a comfortable life ASAP. Talk about being family-oriented.

3. Worked as an usher and waiter before becoming an online personality 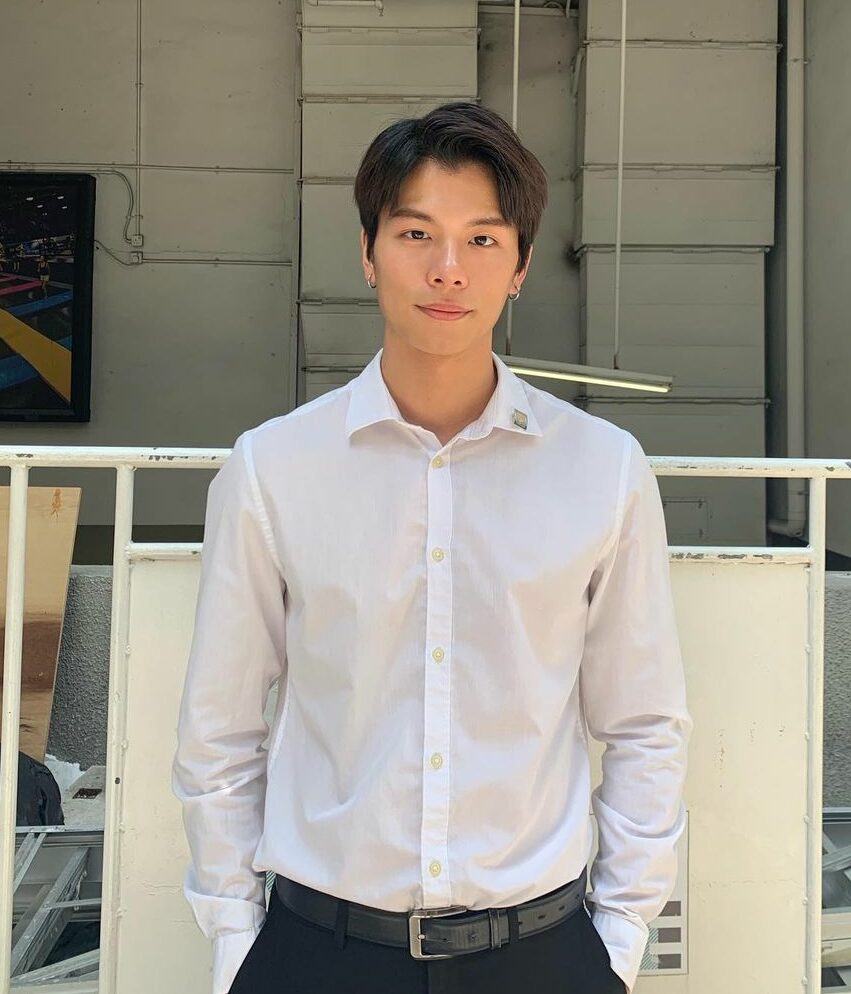 As a filial son, Glenn refused to let his parents pay for his university fees as he didn’t want to place any financial burdens on them. This meant that he had to take up a couple of jobs like waitering, event photography and ushering to earn money.

There was even a time when he was working as a waiter at an event, and his other actor friends were also there as VIP guests. Glenn mentioned in an interview that the whole experience was very awkward, but he had to suck it up and continue his duties. Yikes.

4. First gained recognition for his role in Live Your Dreams 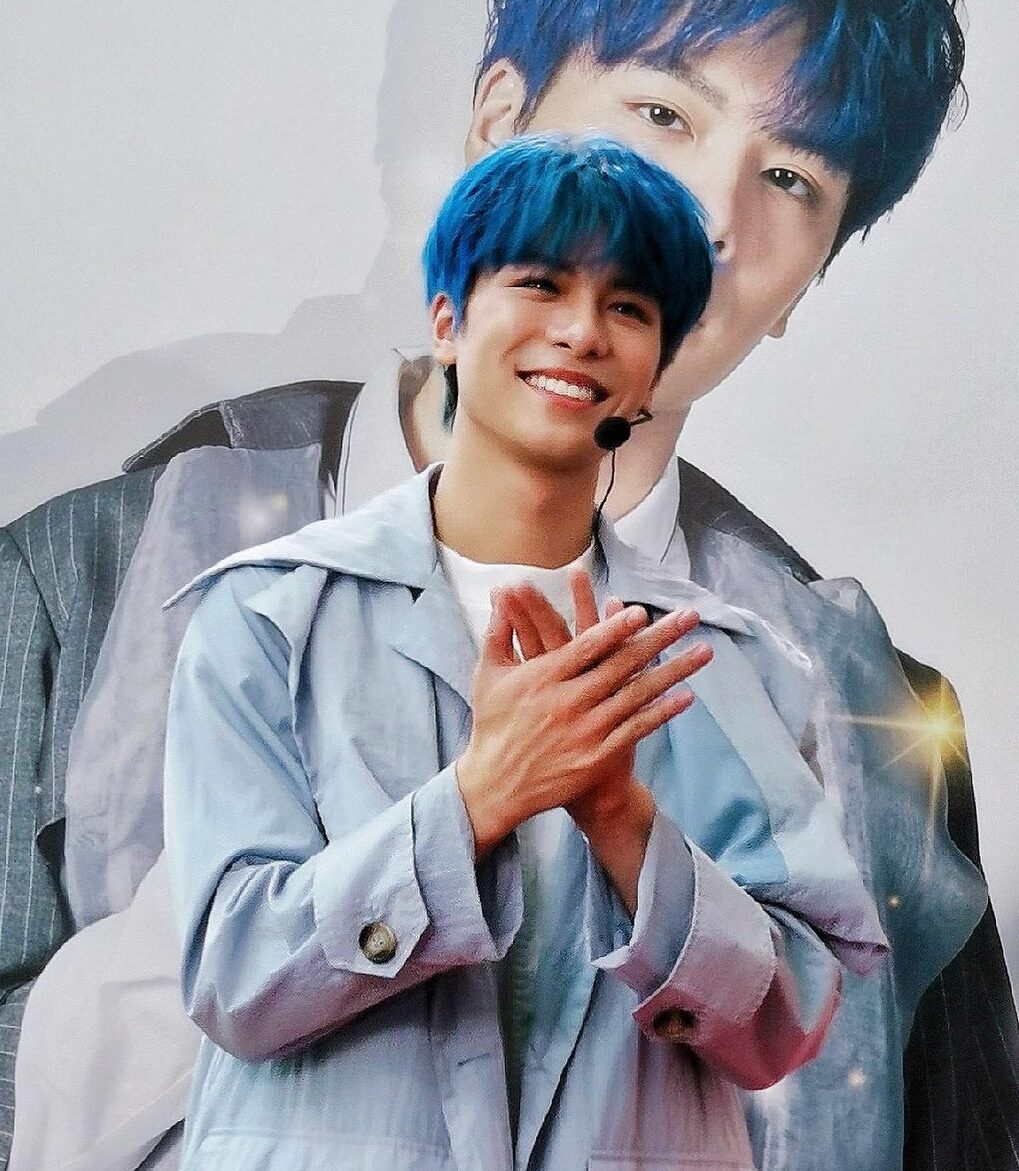 If you found the 26-year-old familiar, you’re not mistaken, as he had the lead role in Channel 8’s Live Your Dreams, where he acted as a blue-haired pop idol named Yi An.

The drama was about eight young and aspiring talents working towards fulfilling their dream and debuting as a girl band. Live Your Dreams was the start of many opportunities for Glenn as people started to pay attention to him.

5. Wrote and produced his own English single called “Up Up” 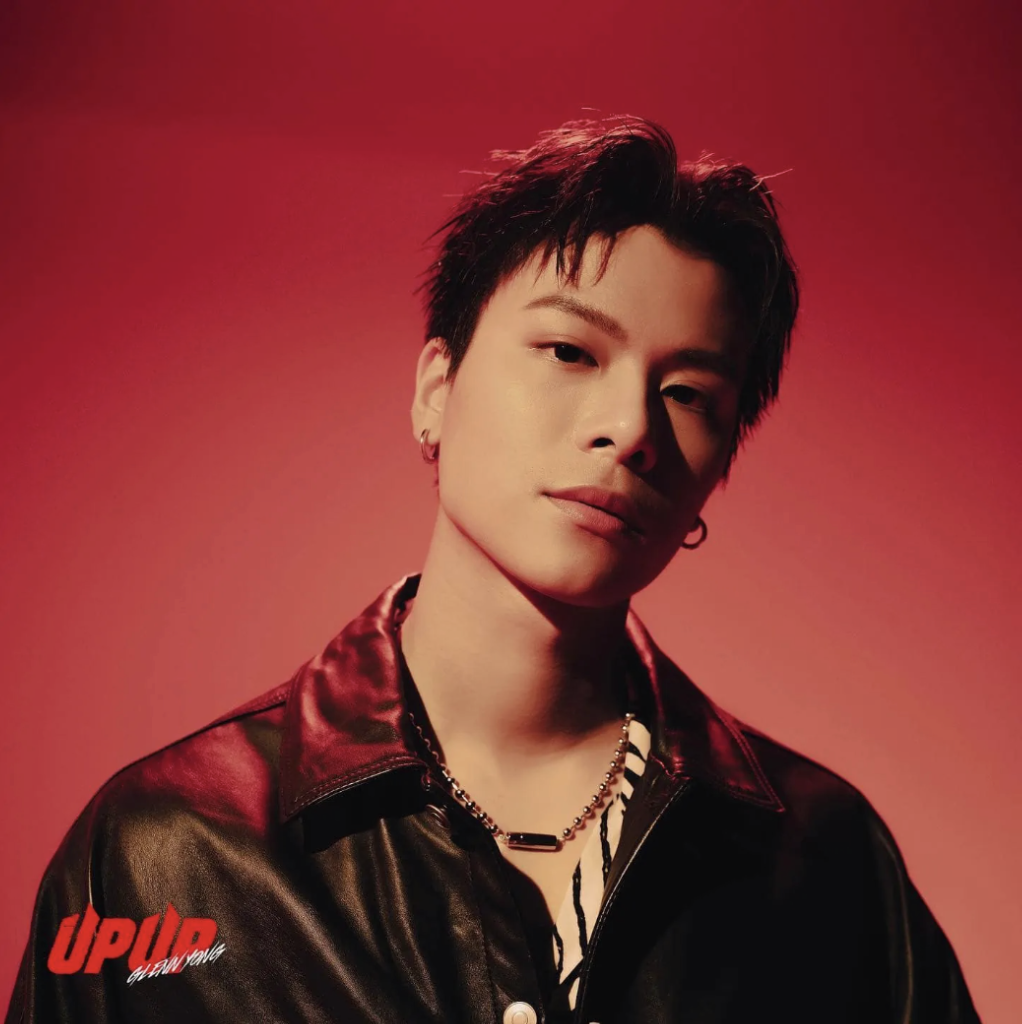 This multi-talented star has been dabbling in various crafts, from acting to singing. In June 2022, Glenn released his first English single, “Up Up”.

As you listen to the catchy beats and meaningful lyrics, you’ll soon realise that the song talks about his experience in the entertainment industry since joining in 2019. Glenn hopes to encourage and empower people to keep moving “up” despite the odds.

He shared that he was inspired by various artists like BTS, as he wants to shine some light on Singapore’s music scene with his upcoming projects. He has also expressed an interest in collaborating with the artists of 88rising — fingers crossed that it’ll happen in due time.

6. Often receives comments saying that he looks like Jackson Wang As if the talent he possesses isn’t already through the roof, Glenn has received many comments about his good looks and uncanny resemblance to Jackson Wang. Scroll through both of their Instagram feeds, and you’ll find many similarities in their facial features. Following his rise to stardom from his role in Live Your Dreams, the blue-haired actor started to gain even more traction due to this doppelgänger situation.

Even in the comment section for his new music video for “Up Up”, netizens were quick to draw comparisons between the two stars.

7. Decided to pursue acting after watching a Leonardo Dicaprio movie It is not uncommon to be inspired by your favourite celebrities. For Glenn, it was through watching Leonardo Dicaprio’s outstanding performance in Catch Me If You Can. He realised that as an actor, he could try out so many lives through the different roles.

In a car interview with Dasmond Koh, a fellow actor and co-founder of Noontalk Media, Glenn mentioned that he was intrigued by the fact that he could get a glimpse into the lives of different professionals, which is not something one can do with an office job. Contrary to his current status as a local celebrity and fluency in Mandarin, the actor actually took CLB in secondary school. For his exams, he even got a pass instead of a merit!

He only started practising and speaking Chinese on the regular when he started out his acting career in 2019. He would annotate his scripts with the different pronunciations and update his vocabulary with new words every day. This truly goes to show that hard work will pay off in the end.

9. He hasn’t dated anyone since his NS days Sorry to break it to his fans, but according to Glenn, he doesn’t have time to date and he just wants to focus on his career first so he won’t actively look for love. However, he is open to a relationship if it comes knocking on his door.

Through AGGA, the #Glenxi ship between himself and fellow cast member, Xi Xi, has been gaining traction on social media — although it seems like just PR to promote the movie. Before his rise to fame and appearing on the big screen, Glenn was a TikTok creator who pushed out content ranging from comedy to sketches. You can even find a few thirst traps on his page as you scroll down.

Thanks to TikTok’s extremely advanced algorithm, it is no surprise that some of his videos would go viral, such as one featuring him and his other attractive cast members with 1.3 million views and counting.

11. He stripped down to speedos in a Channel 8 drama Can’t get enough of Glenn’s hot physique? Then perhaps you’d want to check out Victory Lap.

The Channel 8 drama about four swimmers who aims to join the national swim team was the brainchild of Dasmond Koh and the late Aloysius Pang. Glenn, along with his 3 other main cast members, had to stay in shape for this drama as they had to show their bodies for the majority of the scenes.

Fun fact: the filming site for the swimming scenes was located near a gym so that the actors could pump in a quick workout before filming to appear more buff.

You can now watch all of the Victory Lap episodes here.

Even if you’re not a big fan of this rising star, you have to admit that Glenn Yong is a fresh face worth looking out for. With his outstanding personality and his drive to succeed, it’s no wonder that he’s fast gaining fans in Singapore and beyond.