Some of these women you’ve grown up watching on television, others you see on Instagram daily. At The Island Exchange sessions held alongside the HSBC Women’s World Championship, we sat down with 5 inspiring lady bosses in Singapore to find out what it takes to change lanes in your career. Mongchin Yeoh, better known as Mongabong, never intended to make a living from social media. Yet today, the beauty and fashion influencer boasts more than 190,000 followers on Instagram and another 65,000 subscribers on her YouTube channel.

It was only during her final year at SMU that the accountancy major started considering a career in social media. Although it was just a side hustle back then, Mongchin was already earning a decent income from her social media platforms and clients were rolling in.

“Initially, I had so many questions. I wasn’t sure about the longevity of this career, because hardly anyone did it full-time in 2016. I had no predecessors,” she shared. “But I asked myself, if I don’t try this now, then when?”

Mongchin threw herself into her work after graduating, learning how to shoot and edit videos and photos from scratch by watching tutorials on YouTube. Scrolling down to the first few vlogs she ever produced, it’s impressive to see how far she’s come. 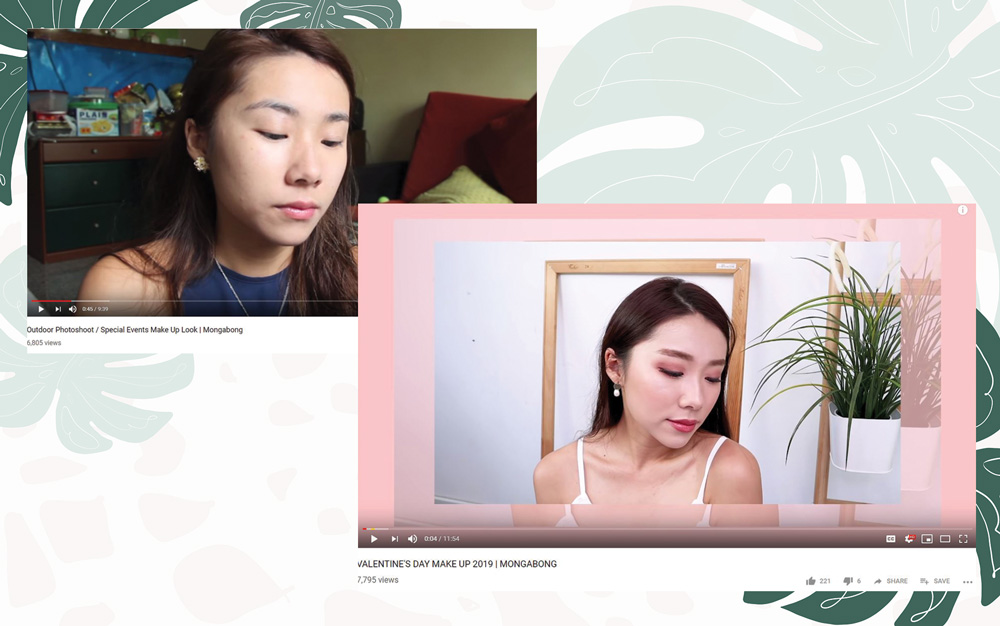 It’s been 3 years since she took that leap of faith. Now, Mongchin works from an office space with two assistants who help produce content for her channels. While her success is enviable, she warns that a career as a social media personality isn’t all glitz and glam.

“It’s a very solitary career because you don’t have colleagues. Although events are fun, the people you meet aren’t always genuine,” she said.

Sincerity appears to be a big part of Mongchin’s work ethic, as she reiterates this at the end of her session at The Island Exchange.

“At the end of the day, building your own brand is about staying true to yourself. People will figure out if you’re putting up a front. Just be real, and you’ll realise there are those who like you for who you are.”

2. Jaime Lee, founder and creative director of The Paper Bunny, 32 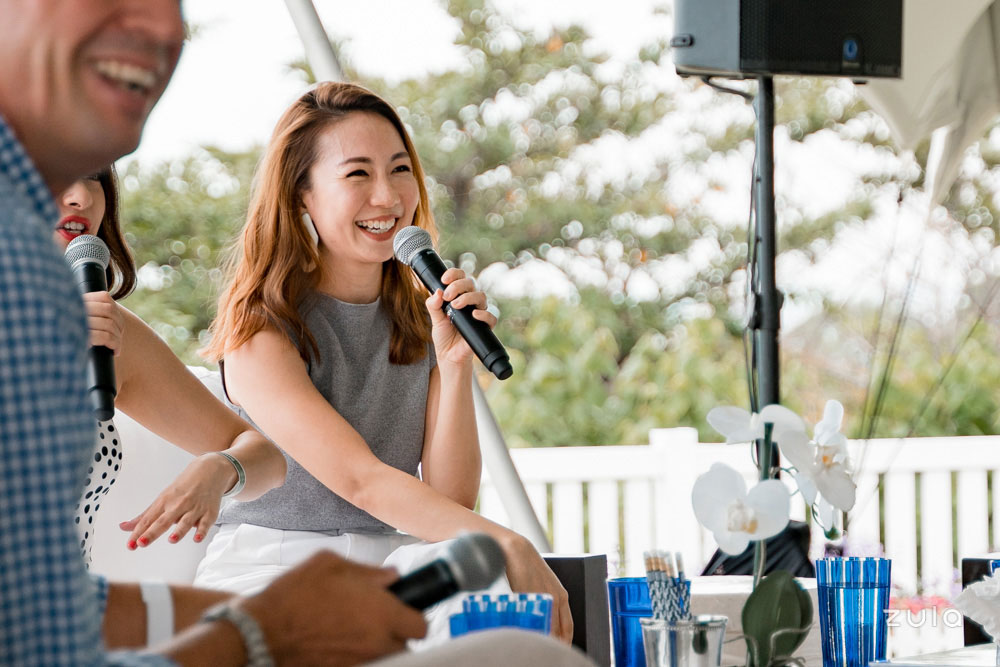 3 years ago, Jaime Lee left her cushy job as a lawyer to grow her fledgling business full-time.

“[Quitting my job] was not an easy decision, but I truly believed that The Paper Bunny still had so much to give, and there was so much more we could do.”

The business began as a passion project after Jaime’s friend put her in charge of designing her wedding invitations. This sparked her love for the creative process—the feeling of making art that had the potential to reach the masses.

Today, The Paper Bunny is one of the few local brands with a Starbucks collaboration to its name, as well as stockists across 6 countries.

Getting the brand to where it is now took hard work. On top of the part-time classes she took at NAFA to brush up on graphic design, entrepreneurship was a challenging journey that left her feeling inadequate at times.

But as The Paper Bunny grew, so did Jaime’s confidence. She saw how her strengths, such as her eye for design and people skills, played a part in her business’ success.

If you’re thinking about pursuing a career outside your comfort zone, Jaime has some words of encouragement.

“What I’ve learnt is that you don’t need paper qualifications to tell you you’re good enough for something. The journey may be long, but if you know why you’re doing what you do, that conviction will take you through.” 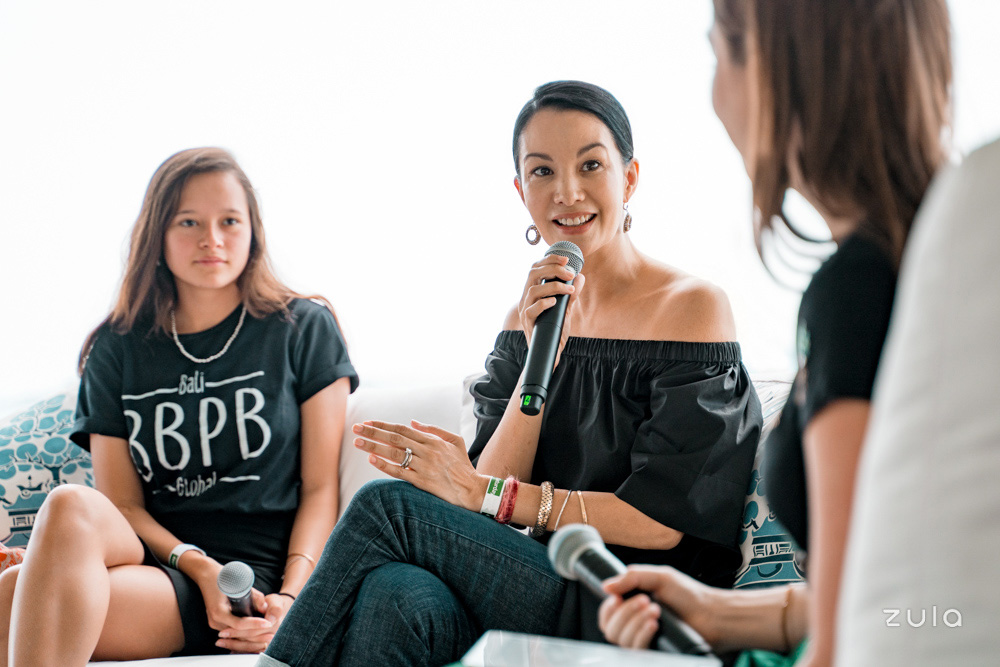 Most of us who grew up in the ’90s remember Nadya Hutagalung as one of MTV Asia’s pioneer VJs. She’s also recognised as one of the region’s OG environmental advocates, having campaigned for wildlife and sustainability way before it was cool.

Being one of the first celebrity activists wasn’t easy. “It got very lonely at times because people didn’t understand what I was doing, until recently.”

Speaking on a sustainability panel at The Island Exchange, Nadya revealed how it was a diving trip and the birth of her first child that kick-started her journey as an environmental spokesperson.

The young mum had visited the same diving spot in Indonesia twice, once before she gave birth and another time after. She was shocked by how different the ocean had become within just a few years.

The once pristine waters that were teeming with fish had turned grey. Plastic bags were floating around.

“I realised how drastically the world had changed in my lifetime, and it made me think about what kind of world I was leaving for my son,” she said.

Since then, Nadya has used her platform to speak up for various environmental causes. In the last few years, she has poured her efforts into the Let Elephants Be Elephants campaign, which raises awareness about the illicit ivory trade in Asia.

Illustrious as her career has been, one gets the sense that Nadya is nowhere near finished. She credits her inexhaustible energy for her work to the sheer fact that there’s still so much more she can do.

To younger women still looking for their purpose, Nadya emphasised that youth is an asset. “When you’re young, try different things. Don’t be afraid of failure, because it means you learnt something, and that you were brave.” 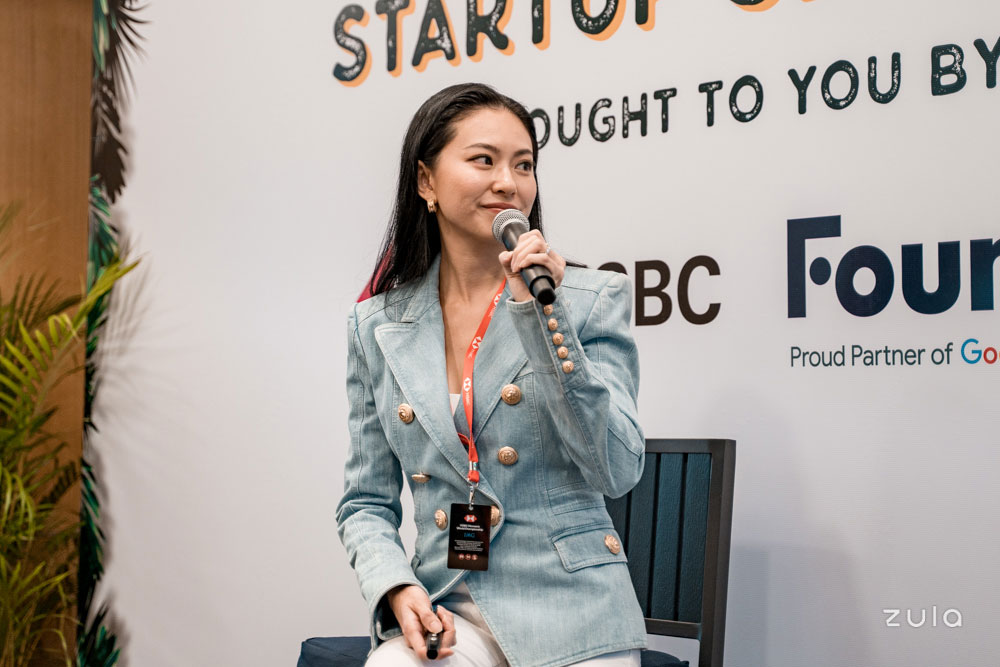 The year she turned 28, former singer and actress Race Wong decided to leave her promising showbiz career in Hong Kong.

The diligent entertainer already had numerous albums, films and awards under her belt within 5 short years of her debut. But it didn’t matter that she was at her peak—Race knew she wanted more out of life.

“I always wanted to create something much bigger than myself. I love learning new things and pushing boundaries,” she said.

After furthering her studies and completing a stint as marketing manager at Maybank Hong Kong, she and her sister Rhonda returned to Singapore and set up their own real estate agency, Anthill Realtors.

Not long after, she co-founded Ohmyhome, a tech platform that allows HDB homeowners to buy and sell their property without exorbitant agent fees.

“Both were unknown territories to me, and both are extremely competitive. There were landmines everywhere, and my sister and I had to learn things the hard way.”

In the end, she said, success came only after “very, very hard work.”

Even though the toughest days are over, Race isn’t about to rest on her laurels. She’s set her sights on improving the user experience on Ohmyhome, as well as expanding the platform for global use.

“I believe we shouldn’t get too comfortable and complacent when times are good. Nothing in life is certain, so I need to constantly adapt and innovate in order to survive”. 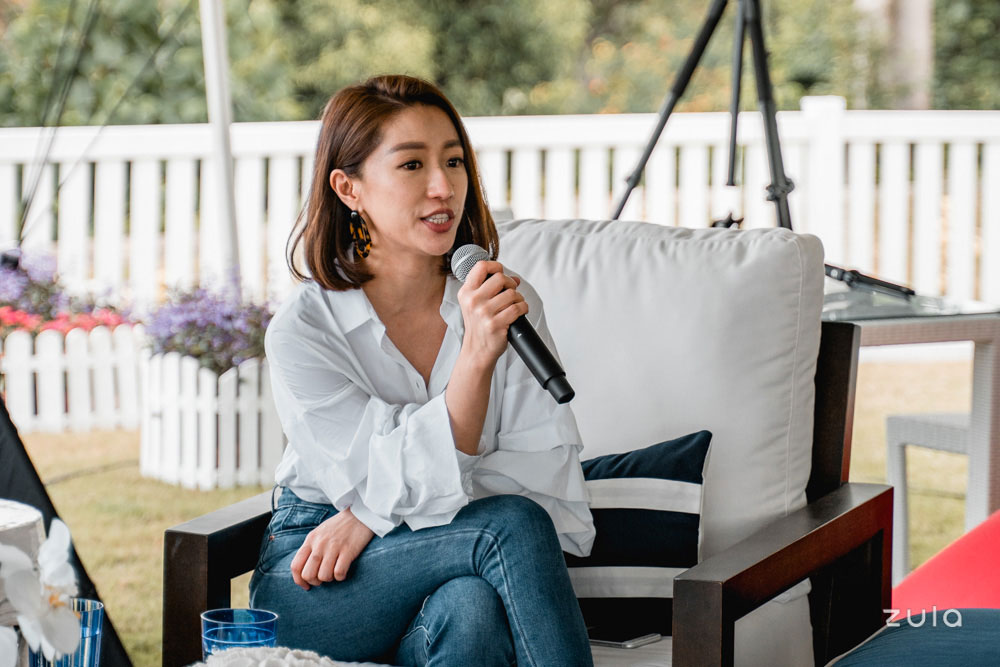 Halfway through her degree, Rachel Lim did something that would make any Asian mother clutch her pearls in horror—the 19-year-old broke the bond for her government scholarship and dropped out of university.

After 5 years of running BonitoChico (as it was known then), Rachel Lim and her co-founders Velda and Viola Tan felt it was time to take their online retail business to the next level.

Though they had previously sourced their stock from Bangkok and Hong Kong, the young lady bosses wanted to differentiate themselves from the competition by designing their own clothing. They had seen a gap in the market for quality womenswear that catered to Asian proportions, and wanted to seize the opportunity.

“When people ask about Love, Bonito’s success, the truth is, we simply couldn’t afford to fail. My mother loaned me her life savings to grow this business,” shared Rachel.

Now, almost a decade since its rebranding, Love, Bonito has proved it is a force to be reckoned with. The brand has expanded rapidly in the last few years, and now has 17 retail outlets across Singapore, Malaysia, Indonesia and Vietnam.

She revealed that building the right team was the key to Love, Bonito’s growth. To do that, she had to first be honest about her own strengths and weaknesses.

“As a leader, self-awareness is the most important thing. Only then can you hire the right people who will complement your skill set”.

So what advice does she have for other aspiring young entrepreneurs? Despite the bold moves she’s taken in her own career, the savvy businesswoman doesn’t recommend they take uncalculated risks.

“While you’re still a student, try it on the side to see if it’s doable. That way, you get to understand the market and your customers better.”

No matter where you are in your career, it’s important to remember that you’re still a work-in-progress. If you’ve been thinking about making a switch, let the stories of these women inspire you!

6 Things Ladybosses Do Differently That Separate Them From Their Colleagues

This post is brought to you by The Island Exchange, HSBC Women’s World Championship.