If you’ve ever struggled with trying to find your phone or wallet in your handbag because there are just too many things inside, maybe you need a bigger bag—or a hole in your existing one. We’ve found a bag that ticks both boxes. Presenting: This pre-owned Louis Vuitton monogram tote designed in collaboration with Rei Kawakubo, aka the founder of Comme Des Garçons. 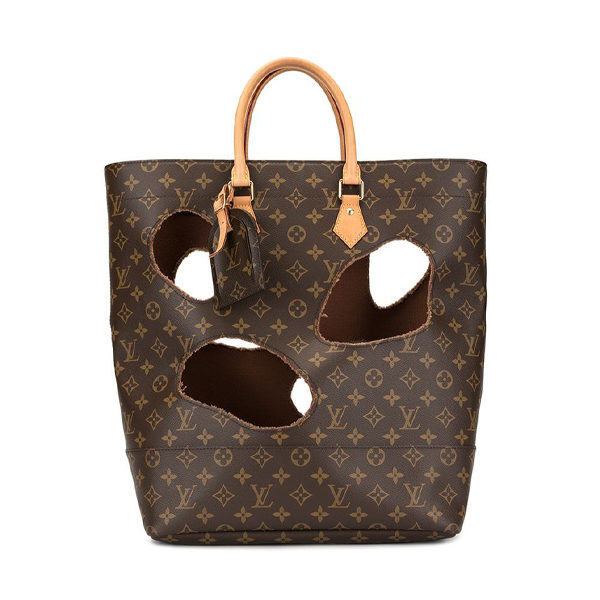 This unique Louis Vuitton monogram tote bag is part of Louis Vuitton’s The Icon and Iconoclasts collection, released back in 2014 as part of its 160th anniversary celebrations. The brand invited 6 famous artists and designers, including Karl Lagerfeld and architect Frank Gehry, to reinterpret Louis Vuitton’s signature monogram.

Known for her avant-garde designs, Rei Kawakubo put her own spin on the LV monogram Sac Plat bag with 3 giant holes intentionally burned on each side of the tote. The cut-outs themselves are frayed and asymmetric. 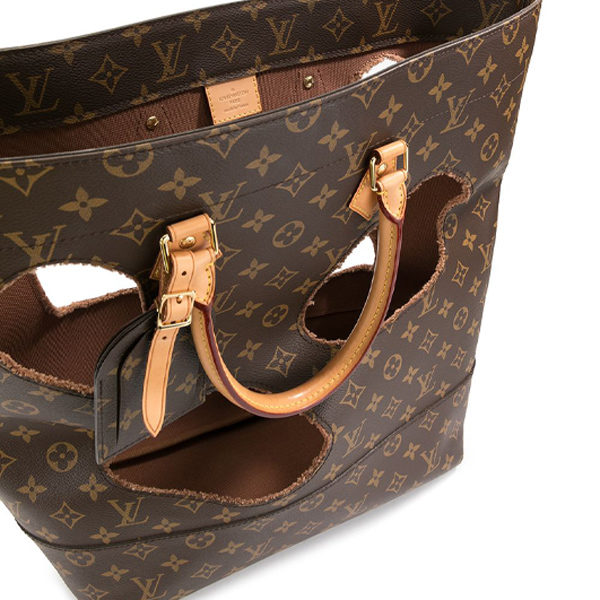 While most would not bat an eyelid at a collaborative piece between 2 designer companies costing a few grand, the price for this pre-owned bag is in fact higher now than when it was first available on the market. In 2014, the bag was reportedly selling for US$2,790 (~S$3,805.40). Six years later, the bag is now retailing on luxury online store Farfetch for $11,757. Who said designer handbags are not a worthy investment?

The second-hand tote also comes with an authentic Louis Vuitton luggage tag, which may be more useful for your belongings in case they fall out from the bag as opposed to the bag itself. 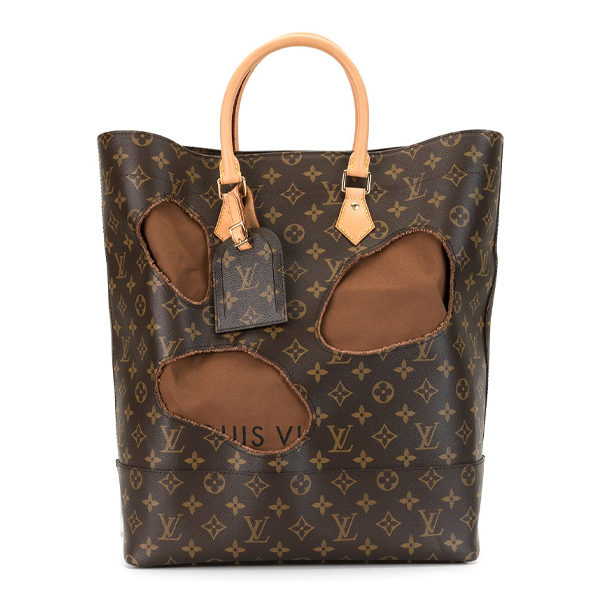 For those who can’t bring themselves to carry the bag as is, Farfetch also has a version that comes with a removable drawstring pouch. It costs $12,209, which means you’re topping up $452 to make it practical. 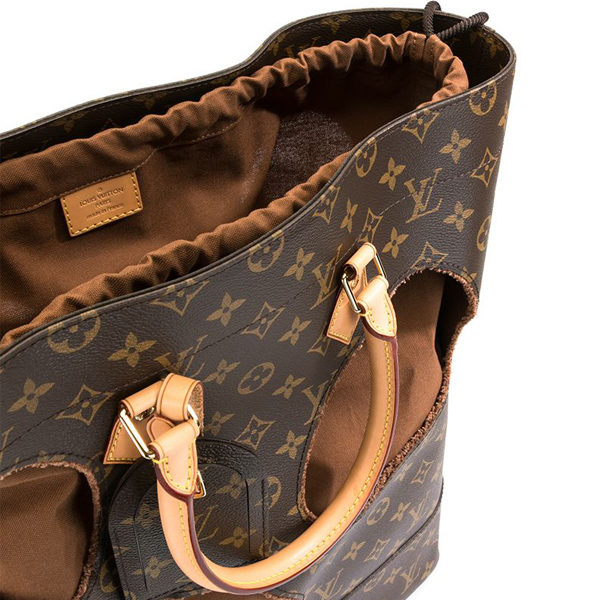 The inner lining of both the bag and drawstring pouch have the authentic Louis Vuitton tag on it to prove that it’s genuine. You know, just in case people think you bought a fake bag and burned your own holes into it for the sake of artistic expression.

This Louis Vuitton Monogram Tote Has Giant Holes & Costs $11,757 So You Can Burn A Hole In Your Wallet Too

Buying second-hand goods is great for the environment, but as we can see from the Louis Vuitton Monogram Tote, it can be a little pricey sometimes. If you do have some cash to burn, you can check out both versions on Farfetch’s website.

All images courtesy of Farfetch.