After a long day spent dealing with textbook Karens and rude boomers in retail, I receive a Whatsapp text from my co-worker. I unlock my phone and lay eyes on the most accurate form of “art imitates life”. Behold: 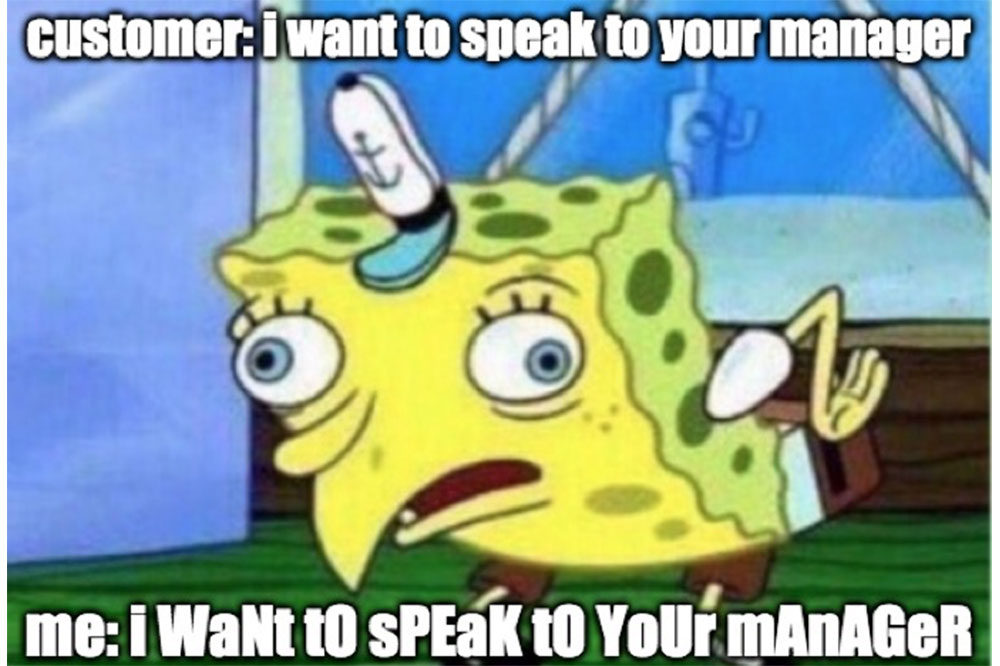 “LOL,” I type reflexively as I feel energy and vigour returning to my veins. “Relatable AF.”

Once again, meme culture has given me life and the will to show up to work tomorrow morning.

The making of a meme

If you landed at this article by googling “memes meaning”, welcome. Here’s a mini introduction to the Internet sensation that has flooded Instagram explore feeds and infiltrated Telegram sticker packs.

Memes are an “inside joke” that the whole Internet relates to. Users can share their feelings, opinions and experiences by using images from pop culture like viral videos and pairing them with a witty caption.

To break the fourth wall, if we were to make a meme of what we are doing right now, it would look something like this: 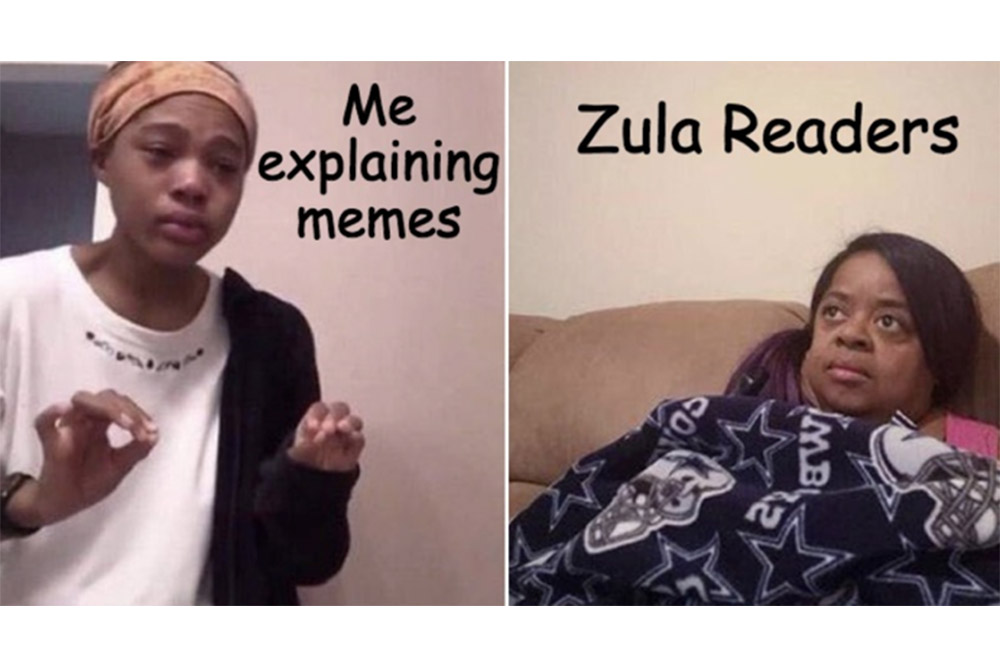 Memes have evolved from being exclusively an aspect of the online world that millennials occasionally visit to becoming an integral part of our IRL lives. In fact, I’ve had entire conversations with friends and colleagues solely revolving around our favourite memes.

The reasons behind the raging popularity of memes are multi-fold. But the most significant among them is their usage as a coping mechanism. Just as past generations turned to the Chicken Soup for the Soul series to be inspired during times of difficulty, millennials look to memes to help them see the absurdities of life in a different light.

When the world seems to be a swirling vortex of chaos, humour allows millennials to better cope with the situation that they’re in. 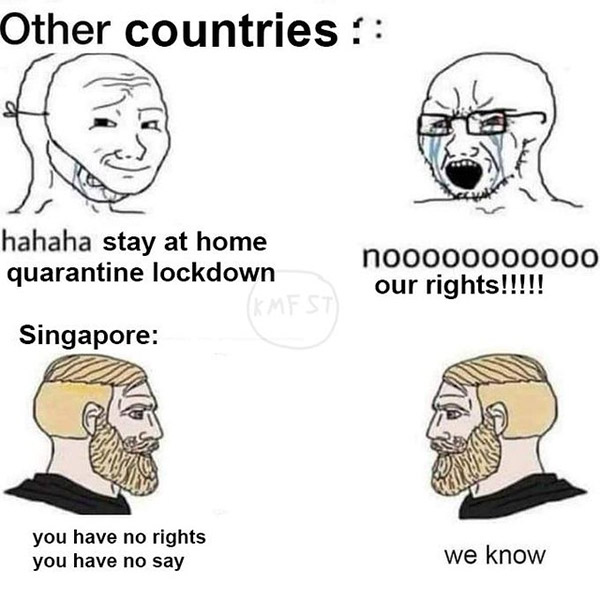 Take, for example, the ongoing COVID-19 pandemic. Despite businesses grinding to a halt and the economy sliding into a recession, memes about social distancing, quarantine and masks are thriving. Memes enable millennials to better deal with their fears, allowing them to find comfort amidst tragedy.

By breaking down a complicated issue into bite-size digestible tidbits, memes enable our minds to better process reality. They provide a fleeting distraction from, say, the rising number of daily cases in the community and give back a sense of control to millennials.

Memes are a way to keep up with trending topics

Because they are easy to understand, memes have become a tool to discuss nation-wide happenings. We live in a fast-paced world where news is reported by the minute. With their succinct formats, memes avoid the TL;DR (aka “too long; didn’t read”) problem, helping us better cope with the avalanche of information by highlighting noteworthy updates. 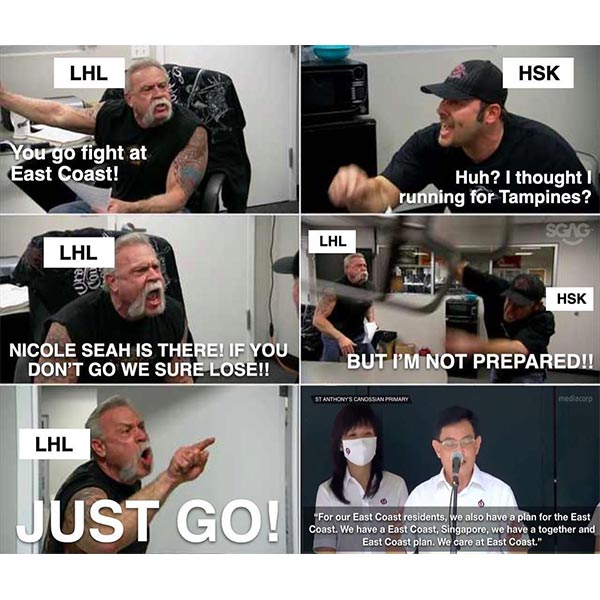 One instance is the recent GE2020, where certain phrases from political figures captured the eyes and hearts of Singaporeans. The most iconic has to be the “East Coast Plan” from DPM Heng Swee Keat of the People’s Action Party. Even if you didn’t catch the broadcast, you’d have been brought up to speed with a casual scroll through Instagram, thanks to all the memes his speech spawned. 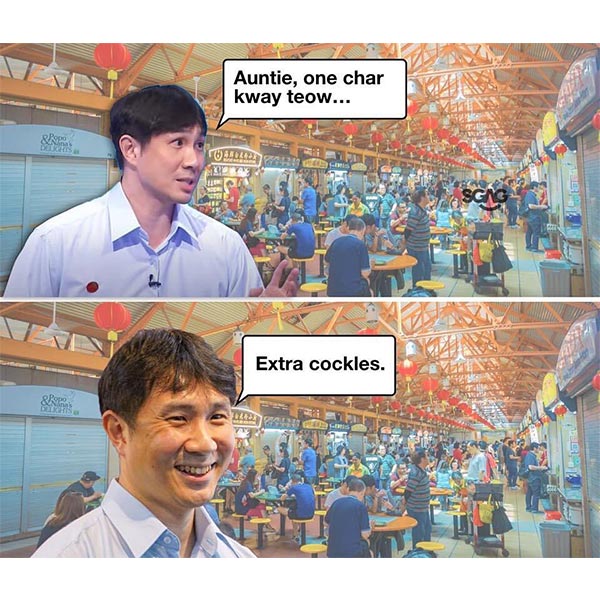 Coming in a close second is the “warms the cockles of my heart” line from Jamus Lim of the Workers’ Party. In fact, Jamus’ propensity for quote-worthy quips (see also: “blank cheque”) is arguably what enabled him to make an impression on young Singaporeans so quickly, despite this being his first foray into the political arena.

Appealing to the politically conscious and socially savvy Internet user, memes are an entertaining way of keeping up with the ever-changing landscape of society. Owing to their viral nature, memes have also been touted as an up-and-coming form of social activism, particularly to raise awareness on hot-button topics. In the past few months, popular local meme accounts have posted about controversial issues such as racism in Singapore and NUS offenders. In doing so, they not only bring the topics to the public’s attention but also encourage crucial conversations among their followers, be it in their comments sections or through private DMs. With large followings that go up into hundreds of thousands, their impact cannot be underestimated.

Memes act as a social glue for community-building

Memes can also be a shorthand for facilitating new friendships and connections. Instead of wracking your brain for a witty response to a new friend’s message, all you have to do is reply with a relevant meme. Instantly, the relationship between the sender and recipient is imbued with a sense of kinship and common understanding. You feel like this person totally gets it, and gets you too. 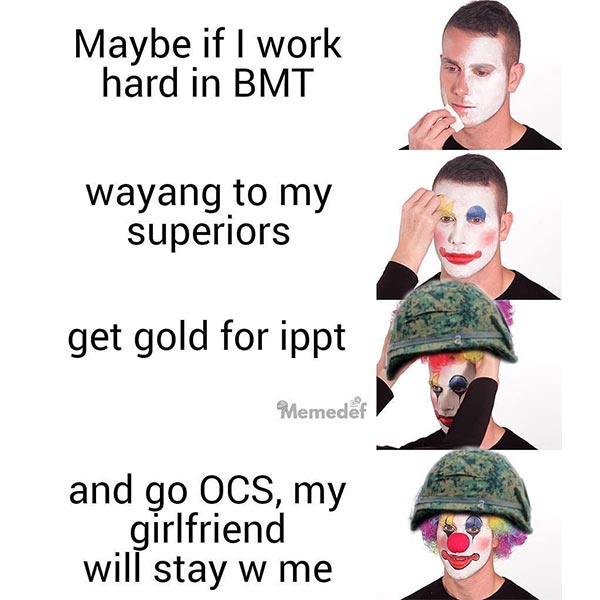 The other great thing about memes is that they don’t discriminate. NS memes, school-specific JC and poly memes, TV show memes… online jokes touch on a smorgasbord of niche interests such that there is room for everyone. They serve as icebreakers to start conversations and help users discover common interests, through simple and relatable visuals and captions.

The downside of memes 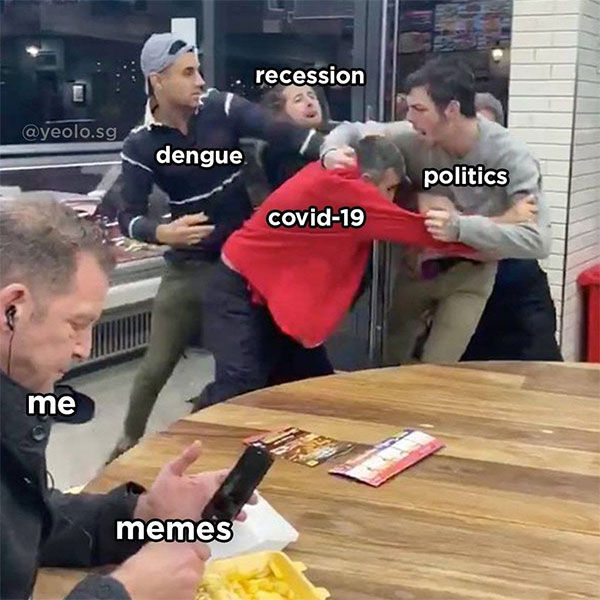 Of course, it’s not all sunshine and rainbows. Memes might provide a means of escapism from overwhelming issues. But running away from problems indefinitely is not the way to go. At some point, we have to look up from our phones and face our problems head-on. 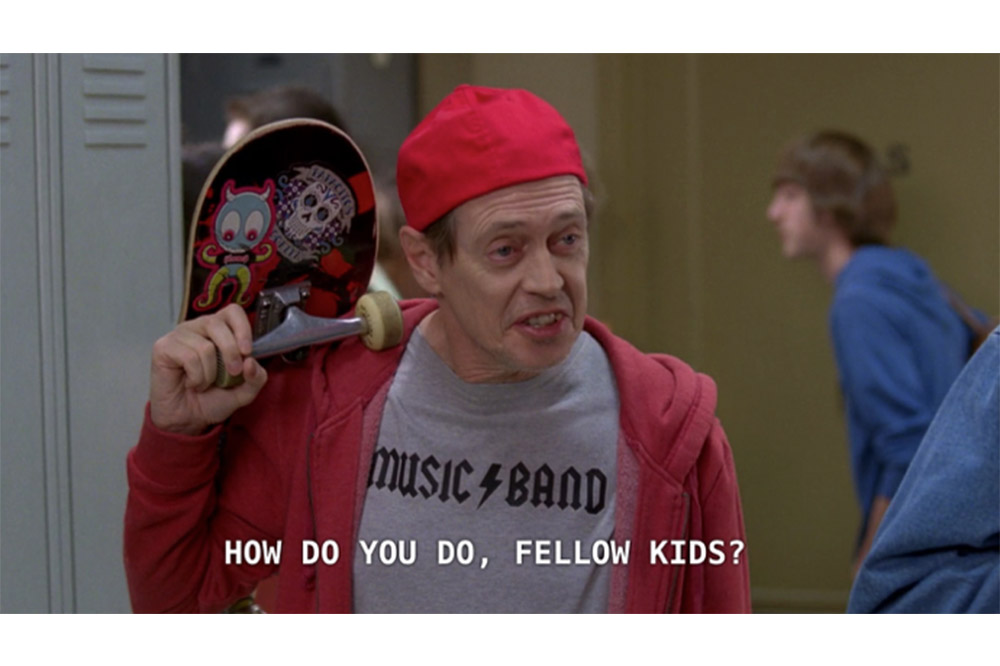 There’s also the undeniable fact that even as memes bring people together, they are far from inclusive. Less computer-literate communities, be it in terms of age or income, are automatically excluded from the conversation.

Most importantly, while memes are an easy way to stay on top of the nation’s trending topics, online jokes should never be your main source of news. In the age of POFMA (Protection from Online Falsehoods and Manipulation Act), it’s essential to do our part in fighting against falsehoods by keeping ourselves informed through a variety of news sources.

Meme Culture Has Become A Part Of Millennials’ Everyday Lives

For better or for worse, it looks like meme culture is here to stay. Until another pop culture phenomenon comes along to help a new generation cope with their issues, we’ll take dark humour over no humour any day.