Curious if the Mulan remake had been unfairly drowned out by its controversies, I went to see the film for myself. As a fan of the original animation, boy, was it a let-down. Without the songs, the Mulan 2020 movie sorely lacks heart and soul. 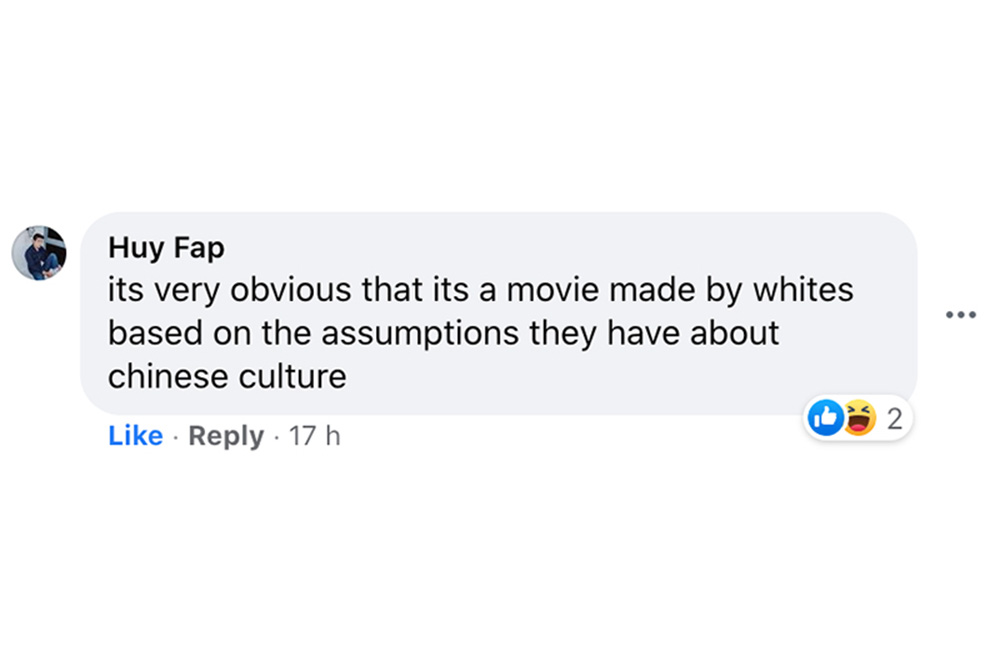 The original Mulan sings while using her ancestors’ tombstones as a mirror to wipe off her makeup. The lyrics of Reflection have been etched in my head for 22 years, despite never having experienced a gender crisis. Struggling with self-identity and family expectations are issues people from all walks of life can relate to.

The brilliant visual storytelling and pacing of the original are starkly absent in the 2020 remake. This time around, Mulan decides to be a man and dons her father’s military regalia all in about 10 minutes.

She would be the model candidate for SAF’s next recruitment campaign.

Cutting the memorable songs from the Mulan 2020 movie was to portray a “real story of a girl going to war,” explained director Niki Caro. However, the final movie is sorely lacking in realism, with Mulan having inborn ‘qi’ superpowers.

In the animated film, Li Shang’s song I’ll Make A Man Out Of You allowed months of character development in slightly over 3 minutes. It depicts Mulan’s perseverance through the tough training and how she earned the respect of her peers by climbing up a pole. The remake deprives Mulan of her struggle to prove her worth as a ‘man’ and relies on childish Ah-Boys-To-Men style gags to show the passage of time. 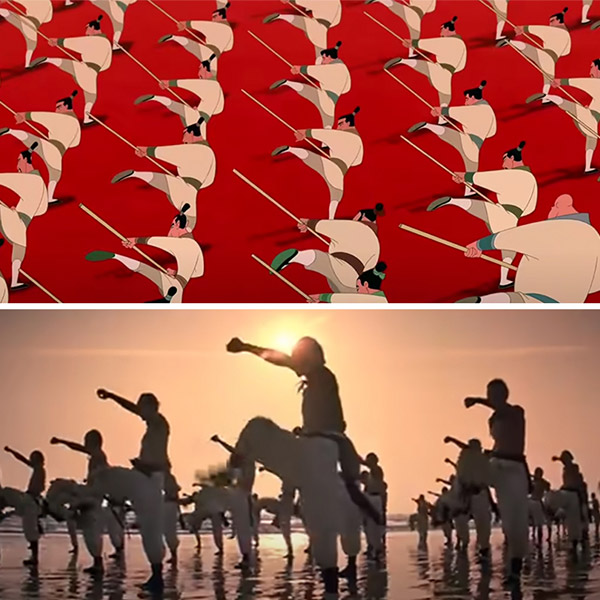 Rather than singing, Donnie Yen’s commander mouths the original’s lyrics, “Tranquil as a forest, but on fire within,” as serious training instructions.

Without the rhyming, melody and other metaphors in the song like, “We must be swift as a coursing river,” the line becomes a cheesy fortune cookie quote that falls flat.

Another song from the original, A Girl Worth Fighting For, is pregnant with irony as it highlights Mulan’s sham. The soldiers sing it to encourage themselves as they head off to war and potentially death. The upbeat song abruptly ends with a scene of a village on fire, swerving the mood of the movie suddenly, highlighting the gravity of their circumstances.

A poor successor to a groundbreaking original

The 1998 Mulan movie was groundbreaking in its feminist message and all-Asian characters.

The art style also set it apart from other Disney classics by referencing Chinese ink painting. Pale green backgrounds and snow-capped cliffs were used to create a poetic setting for Mulan’s quest. 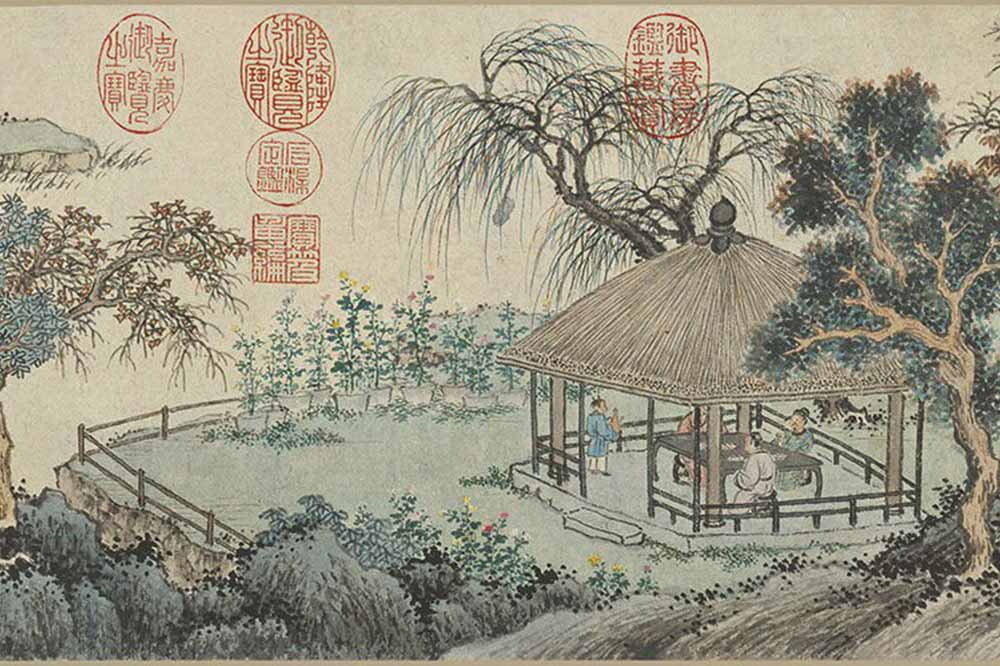 In Chinese painting, waterfalls and cliffs overshadow human figures to depict that self is found in the larger context of nature or society as opposed to individualism. This underlying philosophy cradles Mulan’s risk in impersonating a man for a bigger ideal—to help her father protect China.

According to its IMDb page, the animated film was largely written and directed by Westerners. Yet, it showcased enough understanding of Eastern philosophy and aesthetics to enchant viewers from the East and West alike. The 2020 remake, however, falls apart on all levels.

For a film that tried to depict a “real story”, the token Asian elements that peppered the movie are questionable. A poorly rendered CGI phoenix randomly appears to guide Mulan. 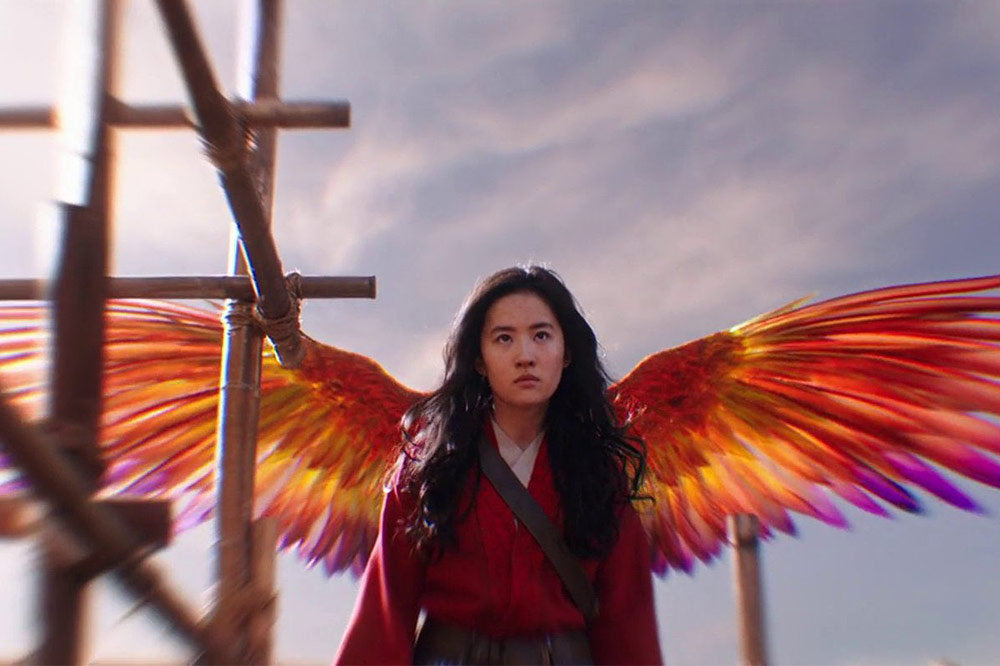 Is Liu Yifei auditioning to be a Victoria’s Secret Angel?
Source

The words ‘brave, loyal, true’ are painfully repeated through the movie. They reek of a desperate attempt at infusing the film with soul. The shape-shifting villain and use of ‘qi’ as if it was a Jedi’s forcefield steal away from the realism of a war movie.

The annals of Chinese history are filled with war and strategy; taking a leaf out of any of its great battles would have provided enough drama and action to sustain a movie.

Caro had plenty of source material to create a movie that could stand shoulder to shoulder with other beloved Asian cinematic pieces. But ultimately, she pieced together something that will quickly be forgotten about, the moment it ends.

Fails to be the Asian Black Panther

Disney could have approached its animation remakes the way Marvel movies reinterpret well-known characters with creative twists to great fanfare. For example, Black Panther’s commercial success has proven that people will pay to see a well-researched depiction of a foreign culture in the form of a summer blockbuster.

However, would African-Americans have celebrated Black Panther if it was written and directed by white men?

Hiring Asian directors and screenwriters who understand the nuances of Chinese culture could have created a Mulan worthy of Black Panther’s acclaim. In the end, its writers reduced Chinese culture to dim sum restaurant cliches, resulting in the Chinese diaspora panning the movie from San Francisco to Singapore.

Legendary actors Jet Li, Gong Li and Donnie Yen star in the remake. But it is painfully obvious that they were hampered by the awkward dialogue of the poorly conceived film. 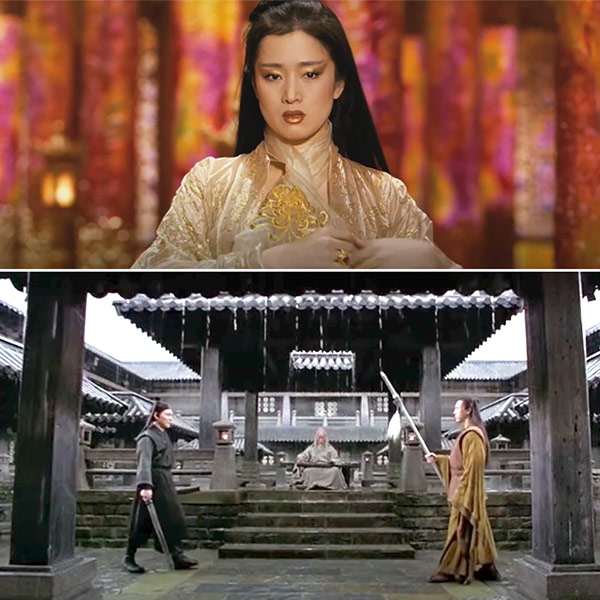 These actors have been actively involved in defining the Chinese period cinema genre over decades, and could have provided some much-needed input.

In this case, they were reduced to pawns on the chessboard of tokenism where a Hollywood studio hired an all-Asian cast to prevent backlash against cultural appropriation, but lacked the heart to respectfully listen to the minorities’ insights.

The Chinese saying, “炒冷飯”, translates to cooking leftover rice by frying it. That is, to redo something without soul or bringing anything new to the table. Which just about describes Mulan—and Disney remakes in general.

The Mulan 2020 Remake Packs No Songs And No Punches 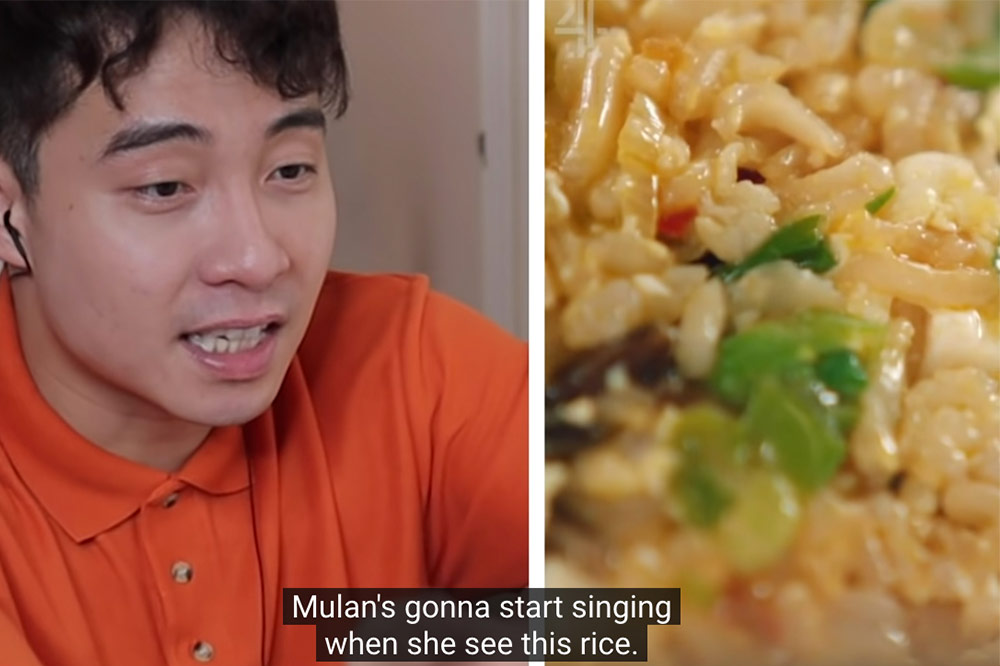 You might have seen a viral video of YouTube comedian Nigel Ng making fun of Jamie Oliver’s fried rice dish. He was perplexed at Oliver’s usage of ‘chilli jam’ in a beautiful glass jar.

“Asian ingredient [sic] never come in jar… is this how you trick white people to eating chilli?” Ng asked. He also criticised Oliver for cooking fried rice in a saucepan, which has no wok hei.

Wok hei is the leftover charred flavour of a well-used wok, which infuses fried rice with its satisfying, smokey taste.

Mulan could have used some wok hei in the form of input from established kung fu directors and even the seasoned story spinners of palace dramas such as Yanxi Palace. Instead, Caro cooked the movie using a saucepan and chilli jam.

After the movie, hearing Christina Aguilera belt out Reflection in her sultry voice evoked strong feelings of nostalgia in me.

Ironically, my favourite part of Mulan in 2020 is a white woman singing an English song written by white people as I watched names with Tans and Lims roll out in the closing credits—after a bunch of Caucasian last names, of course.

Got an interesting opinion or perspective to share? Send us a submission and you could soon be sharing your story with our readers.

20 Liu Yifei Facts Including Her Dating Life, Career & Backlash For Those Curious About The Mulan Actress