Narelle Kheng’s first solo single, Outta My Head, is darker than the catchy pop music her band The Sam Willows usually puts out.

“I have to put the uglier side of me out first,” Narelle confesses. “I feel like my d*ck is out.”

In the earlier stages of her career, she only wanted to show the nicer parts of her life, but as she grew up, she found herself wanting to be more genuine.

Working on the single forced her to confront the darker sides of herself.  “What I thought was the end of self-therapy, now I realise is actually still the start,” she shares.

The song and accompanying video are about a 2-year-long toxic relationship during her university days and her reflections coming out of it.

“You are young, stupid and you get into a tunnel vision of each other,” Narelle explains how her toxic relationship came to be.

“We tunnel in because we don’t have very loving families,” Narelle elaborates. Because she lacked validation, she often found solace in the arms of lovers.

She was 23 and involved with another university student who happened to also be in the music industry.

The toxicity started out harmlessly enough with, “I don’t want you to meet your friends today, hang out with me.” But 3 months later, it would still be the same—not allowing each other to spend time with others.

“Neither of us really knew how to be an adult, but we thought we were,” she says. She constantly used him “so I didn’t have to think about the things I didn’t like.”

Instead of dealing with her insecurities, she would tell her then-boyfriend, “Let’s eat McDonald’s and watch TV and just cuddle,” as a form of escapism, which only encouraged poor behaviour from both parties.

“The more you get them to stay, no matter how trash you’re being, and they still stay, it means, ‘Oh, you love me more.’”

But when the relationship fell apart, she was forced to confront the darkest parts of herself. Depression is something Narelle constantly battles. She used to blame herself for always feeling tired while others trained and competed actively during her time at Singapore Sports School.

Part of her healing was learning to accept her own condition. After learning about mental health, she learnt to feel okay about “lying in bed for 2 months.”

She saw a therapist for a few times, but stopped because she wanted to fix herself.

“I like how as a generation we are talking more about mental health more, but seeing a therapist is so f*cking expensive you know?” (A therapist session can begin from about $80 for an hour.)

She shares some of the advice that helped her.

“My therapist told me to talk to the little girl inside me, instead of the adult.” She elaborates that there’s a young person inside of all of us that needs healing and talking kindly to him or her helps them to grow up.

In the past, she would speak to herself in a critical tone, calling herself “f*cking stupid” for example, but she warns against it.

“What you tell yourself is what you listen to all the time. You are channelling your own energy into your own body,”

These days, she encourages her fans to say positive things to themselves in the mirror.

Her spiritual awakening and how woke culture helped her to heal

As a true millennial, spending lots of time on the internet helped Narelle to find healing. Articles on psychology, philosophy and even an astrology app helped her to gain more self-awareness.

Once, she came across an online article—“7 something That an Unloved Daughter Goes Through. I was like, oh so lame, Thought Catalog. Click!” It ended up speaking to her so much that she bawled immediately.

Discovering that other millennials were going through similar existential pains helped her to feel less alone. “Adult children of the world are so common nowadays, but that means there’s a whole community of people who know how you feel,” Narelle quips.

“My friend said this to me, ‘We’re too old to let our childhood traumas be our adult problems.’”

For her, the best part about being a millennial is being exposed to wokeness and mindfulness. Particularly, understanding horoscopes helped her to make sense of her own and others’ toxic behaviour.

“Everything became clear when I know that a Libra does this and that.”

She acknowledges that astrology is a “pseudoscience” but also calls it “a good infrastructure of human behaviour”.

Expounding on the topic, she shares how as a Libra, she seeks balance in life. Thus, to offset a rather wholesome Christian family vibe, she looks for the “plurality” in things. In other words, she likes bad boys, to the chagrin of her concerned brother.

She confesses this because her new album is about toxic relationships and she is ready to talk about what she has learnt after hopping from one bad boy to another. 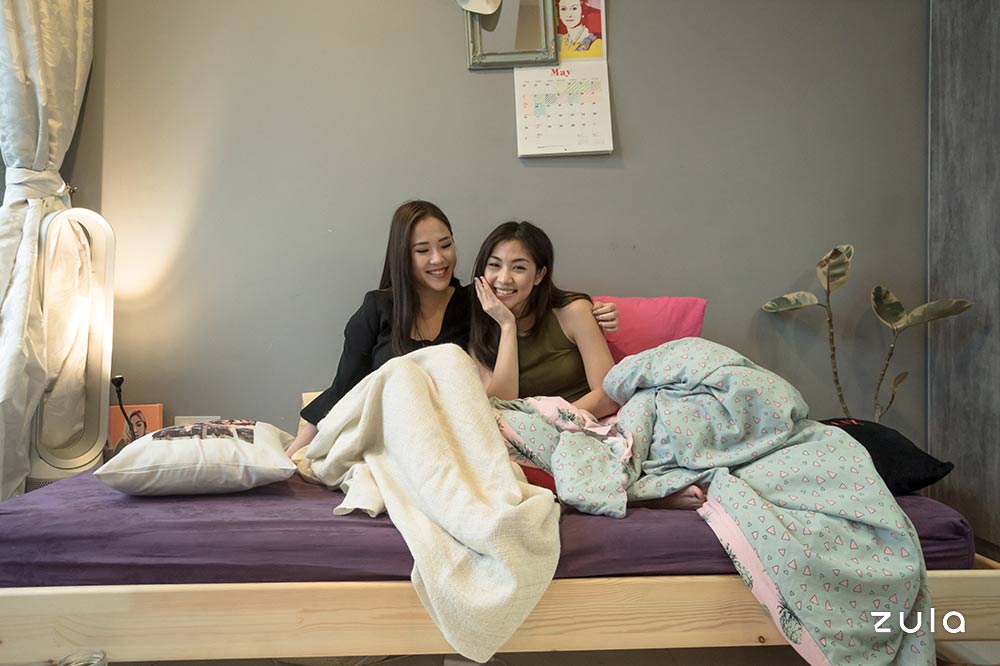 It is Narelle’s self-awareness that allowed her to break the cycle of dating bad boys. While she still has an affinity with them, she looks for more wholesome people these days.

“I was also behaving in toxic ways,” Narelle admits that in a relationship, it takes two to tango.

About the man she’s dating now, she reveals, “He’s straight-up trash, in a good way… drinks a lot but [has] good moral values.” If you care to know, he’s an emotional Pisces but “he’s also a Sagittarius moon, so he’s always happy.”

She elaborates that both toxic relationships they had been through helped them become wiser and healthier as a couple.

“He also [went] through a toxic relationship. He learnt to be stable and demand for the things he wants in life. We are definitely way more whole coming into it (their relationship).”

Describing herself as a Singaporean girl who comes from a “harsh, concrete place”, she is happy to date her “level 2 beng” right now.

“Give me that beng who will buy me food in the middle of the night,” she proclaims.

She doesn’t consider her brother Benjamin or her friend Nathan Hartono to be good-looking. On the other hand, she names Benedict Cumberbatch as extremely seductive, “I like character,” she says. 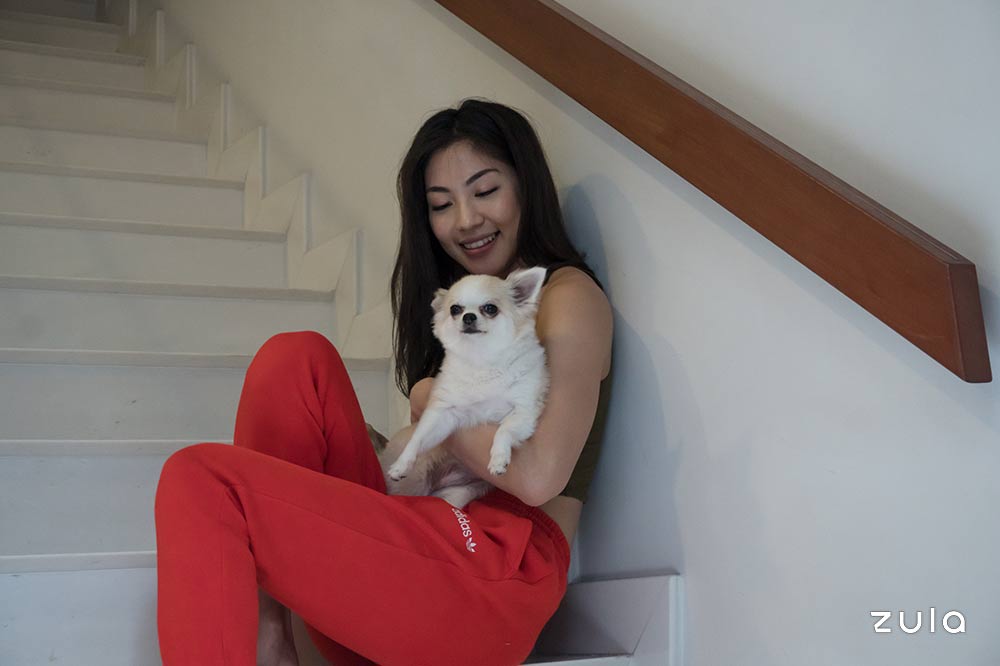 At the tender age of 25, you might think that Narelle was forced to grow up quickly as a local pop idol. However, she feels that her fame in fact prevented her from learning common things like how to work in a corporation.

Still, she has matured in her own way, recognising her own flaws and tendency for toxicity.

“Everyone is a little bit toxic; learn to be more self-aware and fix those issues yourself,” she advises.

To toxic-proof your relationship, she recommends communicating well and to ensure your intentions are good. She describes the worst love advice she has ever heard to be, “Never love a guy more than they love you.”

“You should always love the guy more! Guys deserve as much love as a girl wants to be loved,” she proposes.

To beat her depression, she had to “pick at straws” from the plethora of advice available on the internet. But in the process, she discovered some things that helped her along the way, with some spare advice for other millennials.

“The end goal is nowhere near as fun as the journey,” she says, and encourages her fans to keep going even when things look dark.

It was during this period of spiritual awakening that she refocused her energy, speaking of concepts like how creating music and art help her align her chakras.

After all her angry music is out, you can expect her next phase of songs to be sad, “When you remove the anger and you’re just left with hurt, you’re lost.”

She promises her fans that after the storm, they can look forward to brighter, positive music; although she no longer chases for happiness.

“I [used to] chase happiness in my life. Then I read this article [that said] ‘humans don’t need happiness, they need purpose.’”

Living with purpose is what gets Narelle going these days, and she takes her own advice seriously.

“Don’t underestimate the impact you can make just by being who you are.”

This pretty much sums up the journey Narelle is on right now—to be boldly and courageously, herself.