I’m writing to you from the future, nearly a decade since you’ve collected your O-level results. I know you were disappointed because you didn’t perform as well as you had hoped, but I want to tell you something: your O-level results don’t mean much, and everything is going to be okay.

Though people your age are toggling between the JC or Poly route, you’ve known for some time you wanted to study Mass Communication in Ngee Ann Polytechnic. You can’t imagine another year doing subjects like Chinese and Math, and can’t wait to trade in your calculator for a camera.

Beware of taxi uncles who say you should’ve gone to JC, because apparently that’s where the smarter ones go. You don’t need anyone to validate your life decisions.

You’ll also have peers that try to convince you to join them in JC, telling you it’s the “most direct route” to a local university.

There may be some truth in this, but stick to your guns. You’ve never been the type to go somewhere just because the rest are doing it, and this attitude will benefit you in the future. Besides, they’re just saying this because they’re intimidated by how you already know what you want to do.

Still, poly life isn’t going to be a walk in the park, and the next three years will be the most challenging of your entire education. Your O-level results, no matter how stellar, won’t mean a thing then.

The ridiculous deadlines will make you question the sanity of your lecturers, as well as your own. At times, you might even consider dropping out.

Be prepared to cry at least once every semester, because group work is a b*tch. You may feel inclined to team up with your friends, but separate work and friendships and you’ll find it much easier to get through poly life.

In the darkest parts of your poly journey, your friends who went to JC will move on to university and you’ll doubt if you made the right choice. Your performance in poly will be mediocre, and you’re afraid your dream of attending a local university will never be realised.

But when you eventually do make it to NTU and you see the JC grads struggling to put together a professional email, you’ll have NO RAGRETS about going to poly. Started from O-levels now we here

Don’t judge anyone by their O-level results

Somewhere along the way, you’ll realise you actually did pretty well for O-levels. But never let that get to your head because how you did at school doesn’t determine how you’ll do in life.

You’ll see people who went to top-tier JCs flailing in their personal lives. Remember that straight ‘A’ student everyone looked up to in your class? She’ll complain about her drab corporate job.

Then you’ll hear about another girl who did just alright in school, but is making her mark as a theatre actress in New York.

You’ll meet all sorts of people—uni grads, JC grads, poly grads, ITE grads—and realise all of you aren’t that different.

Whether they got 6 or 26 points at O-levels, everyone is trying to get by.

So, pick your friends based on how much they inspire you. Surround yourself with folks who are enthusiastic about life and see how they relentlessly pursue their goals. Most importantly, spend time with people who are kind. 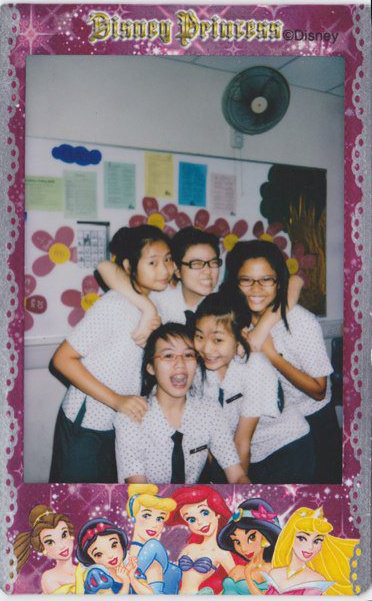 The good news is, you won’t have to look far. The girls you already know will go places through sheer hard work, and so will you. One is going to be curating exhibitions for a local design agency, another will love her job a gallery assistant, and two more will be architects-in-training.

You? You’ve always wanted to be a writer, and after a few twists and turns, that’s where you’ll be.

In the grand trajectory of your life, O-levels are but a tiny whisper in the wind. Your results are only a key to open the door in front of you right now and anything that comes after is completely up to you.

The next decade is going to be one massive adventure, sometimes more mess than adventure. Just remember to work hard and have fun doing it!

Oh, and you’re probably wondering if you’ll ever find love. You will, but that’s a letter for another day.

All my love,
Me

20 Signs You Went To JC, Died and Resurrected After A-Levels