Sex Facts That People Get Wrong

If you’ve ever played a game of Telephone, you would know that the truth can get twisted and jumbled really easily. The same goes for information about sex we hear and learn about through the grapevine. To debunk a few myths, here are 20 sex facts for a safer and healthier sex life.

1. Myth: Women don’t feel like having sex while they’re on their periods. 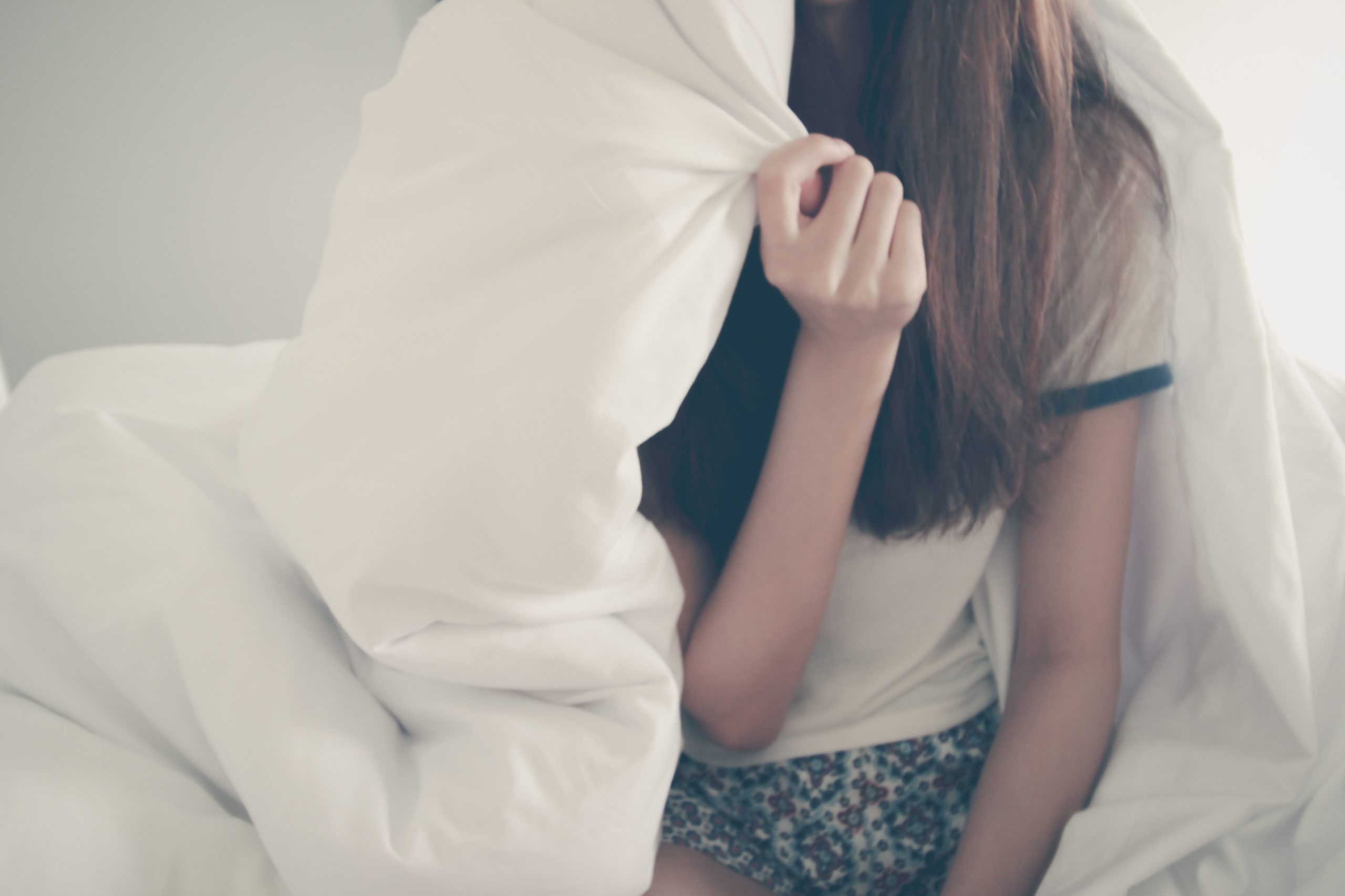 Fact: Cramps and bloating can put women off sex during their periods, but plenty of women actually feel more sexually aroused when Aunt Flo pays a visit.

Oestrogen and testosterone levels usually take a dip on the first day of your period, but they start to climb on the third day. This spike is what ramps up the sex drive and makes women feel hornier than usual.

Since your period flow can also provide natural lubrication, it’s a good time to go at it if you and your partner don’t mind a little mess.

2. Myth: You can only have period sex in the shower. Fact: You can have period sex in the bedroom or anywhere around the house as per usual.

To help minimise blood flow during intercourse, try wearing a female condom. Female condoms, or internal condoms, aren’t as readily available as male condoms, but you can still purchase them online.

If they feel uncomfortable, get your partner to wear a regular condom—it’ll make the clean-up much easier for male partners. Add this to your list of helpful sex facts: Thanks to gravity, having sex in the missionary position can also reduce blood flow, so you won’t create a bloody mess.

3. Myth: You can’t get pregnant while you’re on your period.

Fact: Ovulation can happen while you’re on your period, which increases your chances of getting pregnant.

Ovulation usually occurs 7 to 19 days after a woman’s period ends. However, depending on your menstrual cycle, some periods can go on for more than a week and overlap with your ovulation. This overlap means that your body may be releasing eggs for fertilisation during this time.

What you should also know is that sperm can live for 3 to 5 days in the uterus. If you’re on birth control and taking it as directed, you should be fine—but if you are not, don’t attempt period sex without another form of protection.

4. Myth: Women can only experience one type of orgasm. Apart from those, women have also reached the big O by stimulating the cervix, urethra (which causes you to “squirt”) or from working out their core muscles. Some women have also experienced an orgasm while giving birth, and in rare cases, a mental orgasm—something Lady Gaga has had.

If you’ve experienced a blended orgasm, meaning a few orgasms happening at the same time, or multiple orgasm, which means having one after the other, we’re incredibly envious.

5. Myth: Orgasms can only happen when you’re awake. Fact: You can have an orgasm in your sleep.

More commonly known as a wet dream, a sleep orgasm is when you ejaculate or secrete vaginal fluids during your sleep. When your body’s in a restful state, there’s more blood flow to your genitals, making them hypersensitive. So if your dream involves hooking up with Chris Hemsworth, you could orgasm and not know until you wake up.

6. Myth: Orgasms only benefit your body by acting as stress relief.

When you reach the peak of pleasure, the hypothalamus in your brain releases oxytocin, a feel-good hormone. The surge of oxytocin can help women feel less pain, so it provides much relief for those who experience cramps during their periods. One study also found that when men orgasm, oxytocin can cut their pain perception by half. Fact: There has been no scientific evidence to prove that birth control pills can affect fertility.

If you’ve stopped taking birth control pills for a while but have yet to get your monthly period, don’t worry. In most cases, it can take a few months for a woman’s menstrual cycle to return to normal after ceasing the use of birth control.

8. Myth: If you have a lot of sex, your vagina will get loose. 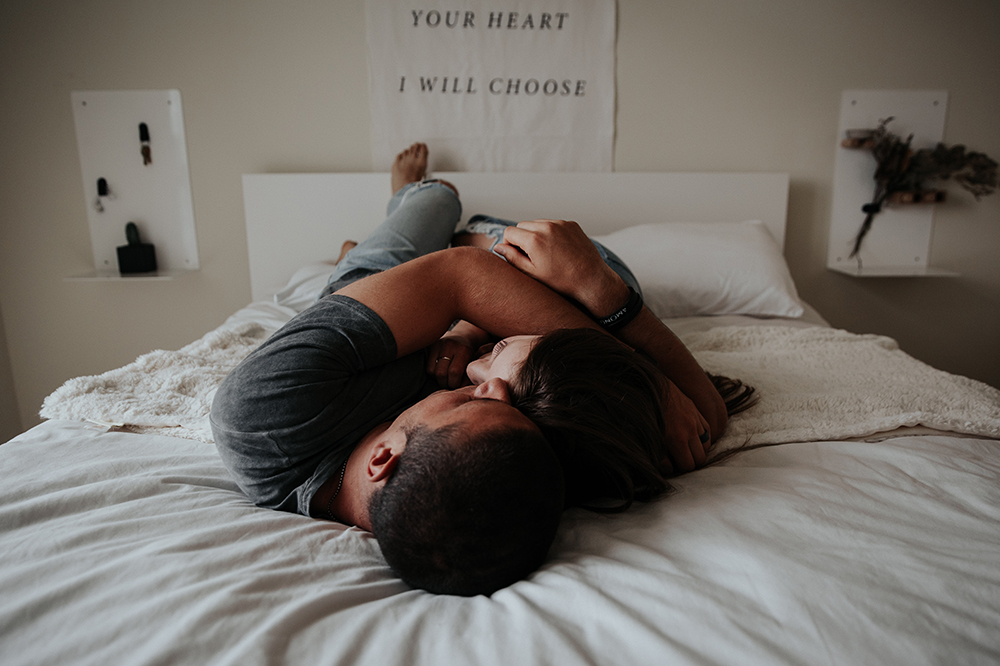 Fact: No matter how girthy that penis is or how often you have sex, it’s not going to make your vagina looser.

You would think this was one of those sex facts that doesn’t require an explanation, but some people still cling onto this myth as a form of slut-shaming. This is not the best metaphor, but think of your vagina muscle tissue as Elastigirl from The Incredibles. Vaginal muscle tissue is very elastic, which means it can stretch to accommodate a penis or sex toy, but it won’t take long for the muscle to snap back in shape. In fact, your vagina will retain its size even after childbirth.

9. Myth: You cannot get a sexually transmitted disease (STD) from oral sex. 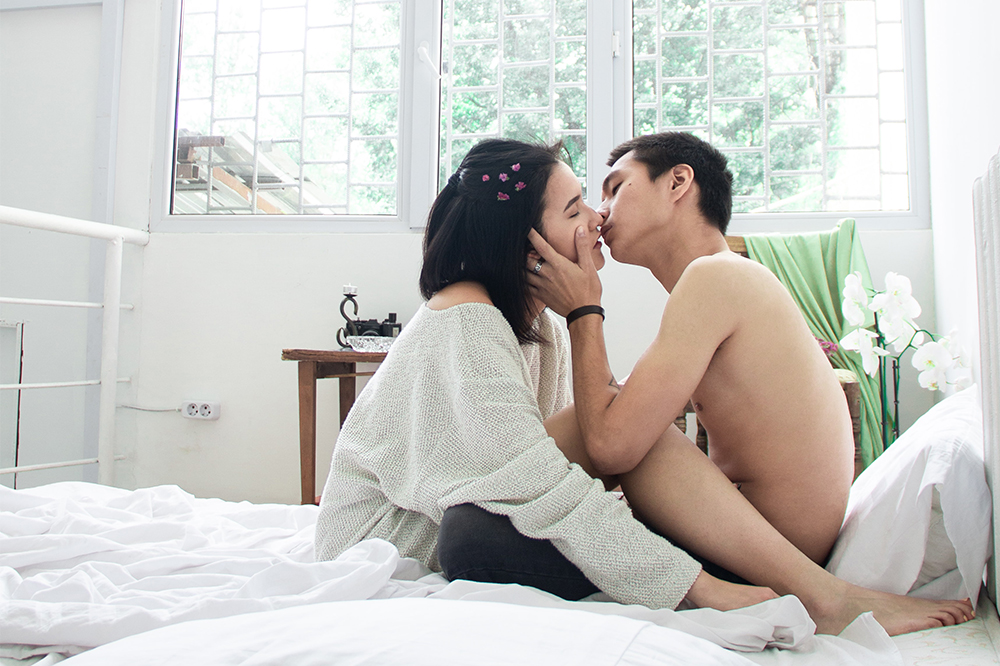 Fact: STDs can be transmitted during oral sex.

To avoid an infection, ask your partner to put on a flavoured condom or wear a dental dam when you’re giving head.

10. Myth: Vibrators will cause nerve damage. 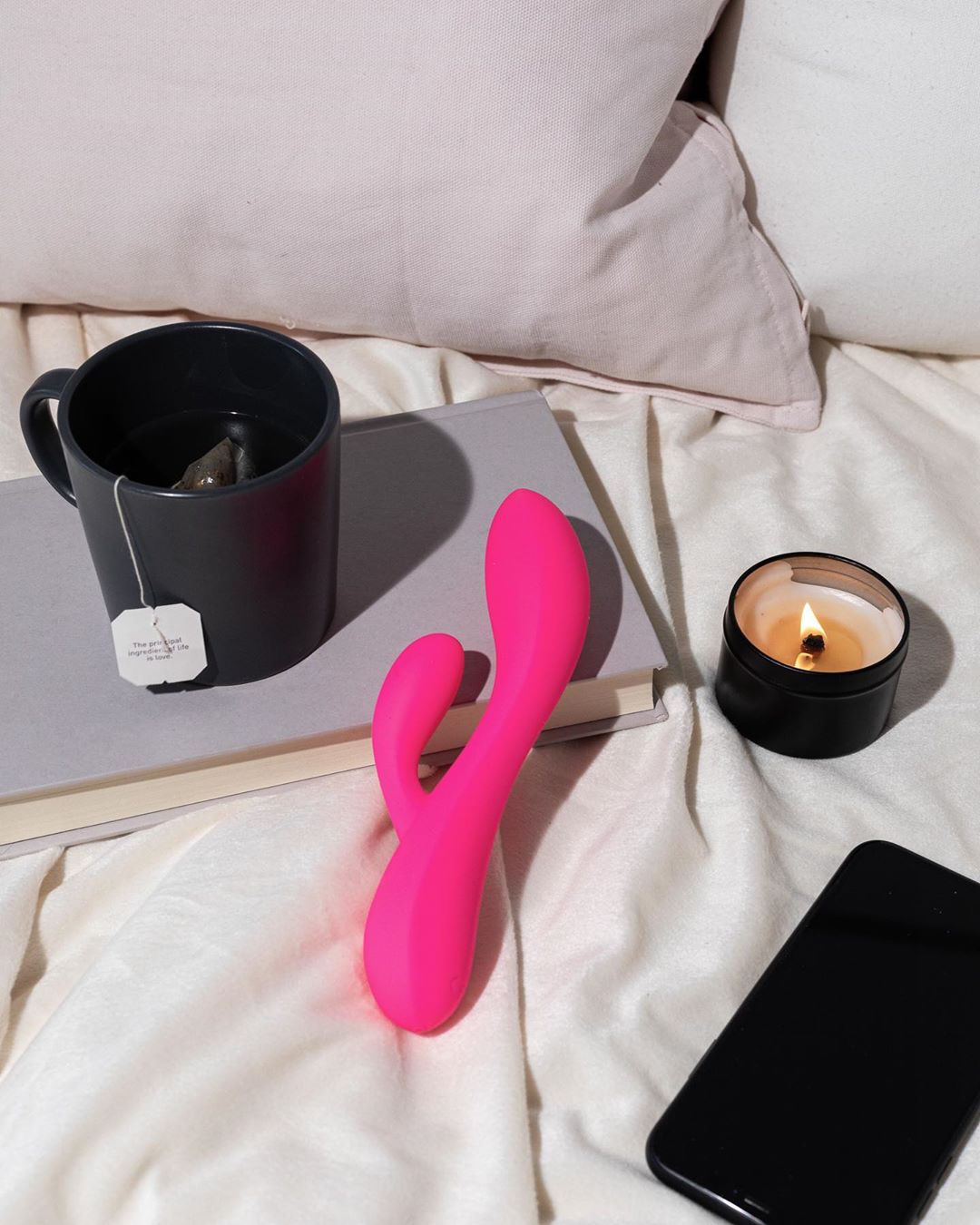 Fact: Vibrators will not damage the nerves down south.

10 Aesthetic Sex Toys On The Market Now, Ranked From Best To Worst For Some Excitement In The Bedroom

11. Myth: You can’t get pregnant if you have sex in water. Fact: Water can’t wash away the semen that’s in your vagina, so you can definitely get pregnant if you have sex in a pool.

When a guy comes in you, the sperm that have been deposited into your vagina will start making their way toward your uterus. This happens right after ejaculation, whether you’re in a hot tub, pool, pond, lake, ocean or any other body of water.

Even when you use contraceptives, having risqué public pool sex isn’t great for your genitals. They’re home to chlorine and a large population of bacteria, which could lead to infection when you’re getting some action. 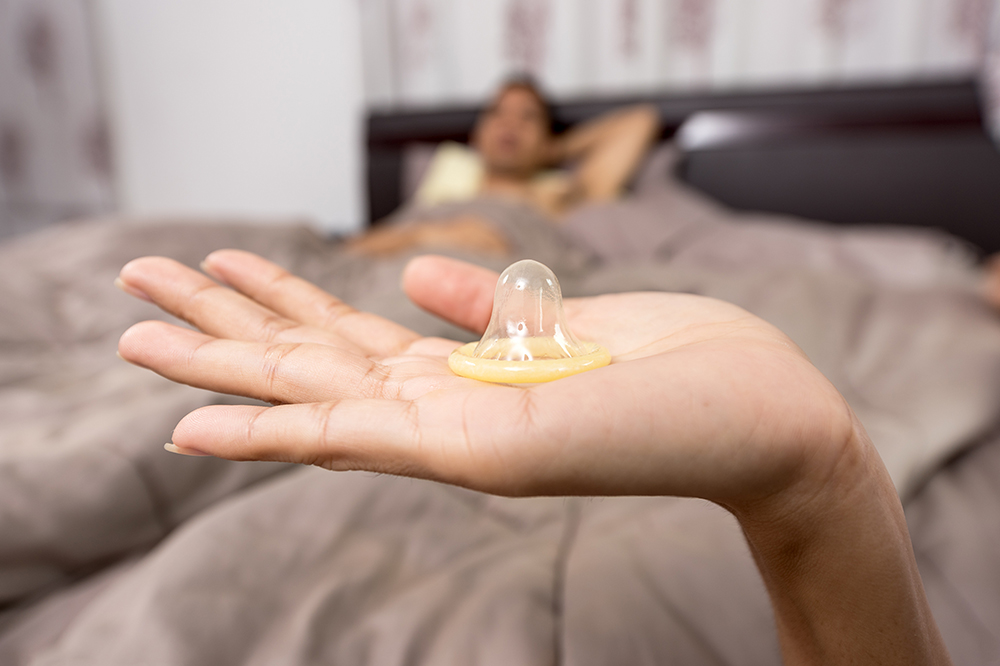 The next time your partner whines about having to wear a condom during sex, show him this study. It found that both men and women enjoy sex with condoms just as much as they do without condoms. And thanks to pleasure-enhancing innovations, some condoms on the market are made with a thinner material or polyisoprene to provide more sensation.

If your partner is experiencing issues with sexual arousal, it could be due to excessive alcohol intake or other physiological and psychological issues.

Fact: The size of a condom makes a difference during sex.

If your partner can’t stay erect with a condom on, it could be due to an ill-fitting one. For men, a condom that’s too small can feel tight and sometimes painful, which will affect their ability to orgasm. A condom that’s too big can slip off easily, increasing the risk of pregnancy and transmission of STDs.

To help you pick the right size, you can find the nominal width of condoms written on the back of their box packaging.

14. Myth: Eating pineapple the night before will make your ejaculate taste sweeter. Fact: Whether you’re a male or female, how your ejaculate tastes depends on your overall diet.

This myth isn’t entirely wrong. Eating fragrant or pungent foods like onions, garlic, spices or gamey meats can make your bodily fluids smell and taste a little stronger. When you eat foods that are naturally sweet like fruits, nuts and root vegetables, your semen or discharge will taste milder.

However, you shouldn’t rely on one pre-sex meal to change the way you taste down there. Your body needs time to metabolise what you eat, so eating a whole pineapple isn’t going to neutralise the international buffet spread you feasted on the day before. Fact: Some men can have multiple orgasms.

Once the ejaculate leaves the body, the penis signals to the brain that it no longer needs that blood supply. That is why we’re familiar with this post-coital scene: when a man finishes, he shuts down and goes to sleep. However, some men can keep going even after experiencing a series of orgasms without ejaculating.

16. Myth: Semen facials will give you better skin.

Semen contains protein, minerals and an antioxidant called spermine, which is why it’s processed and used in an expensive facial treatment at a New York spa. But if you think you can get that glow by applying your partner’s ejaculate on your skin, you may wanna think twice about one of the most contoversial “sex facts”.

There have been several cases where women have developed allergic reactions to one or more of the proteins in semen. This can lead to redness, swelling or rashes on the areas where semen have been applied on. If your partner isn’t tested, rubbing semen on the skin can also spread sexually transmitted infections (STIs).

17. Myth: The pull-out method can be used as a stand-alone method of birth control.

Fact: The pull-out method is not a reliable way to prevent pregnancy.

The pull-out (or withdrawal) method is when a male partner pulls his penis out of a vagina before ejaculation. Out of 100 women, 27 women get pregnant when this method is used. That means it’s not as effective as condoms or birth control pills, which promise 91% effectiveness.

If you’re not ready to start a family, it’s best to err on the side of caution when it comes to sex facts and combine the pull-out method with another birth control method. If your body is still in the refractory period when things are about to heat up in the bedroom, your penis won’t respond to any physical stimulation in order to prevent discomfort.

Erectile dysfunction can have various physical and psychological causes. It can be caused by heart disease, high cholesterol, diabetes or the medications that treat them. Stress, anxiety, depression and insomnia can also lead to erectile dysfunction.

Fact: Blue balls are a real thing, and there’s a scientific term for it: epididymal hypertension.

When men get aroused for a long period of time and there’s no orgasm at the end of it, this can lead to pain in the testicles. The pressure that builds up in the epididymis, a tube that delivers sperm, becomes painful when a release doesn’t happen. This pain can sometimes extend to the lower abdomen too.

There are plenty of myths around sex that are perpetuated in our culture and intimate lives, so here are 20 sex facts to debunk them. We hope this sex facts guide has provided you with useful information for better, healthier sex.