Having mostly single-handedly raised her 4 daughters, perhaps these qualities were developed over the years of dealing with whatever life threw her way.

Across the span of three decades, the 50-year-old has had to navigate 2 divorces, deal with an unexpected twin pregnancy, and single parent without the help of an extended family.

“If I wasn’t a person who was able to adapt, I would have gone crazy,” Jasmine jokes.

Her source of strength when things got rough? The unconditional love she has for her children. 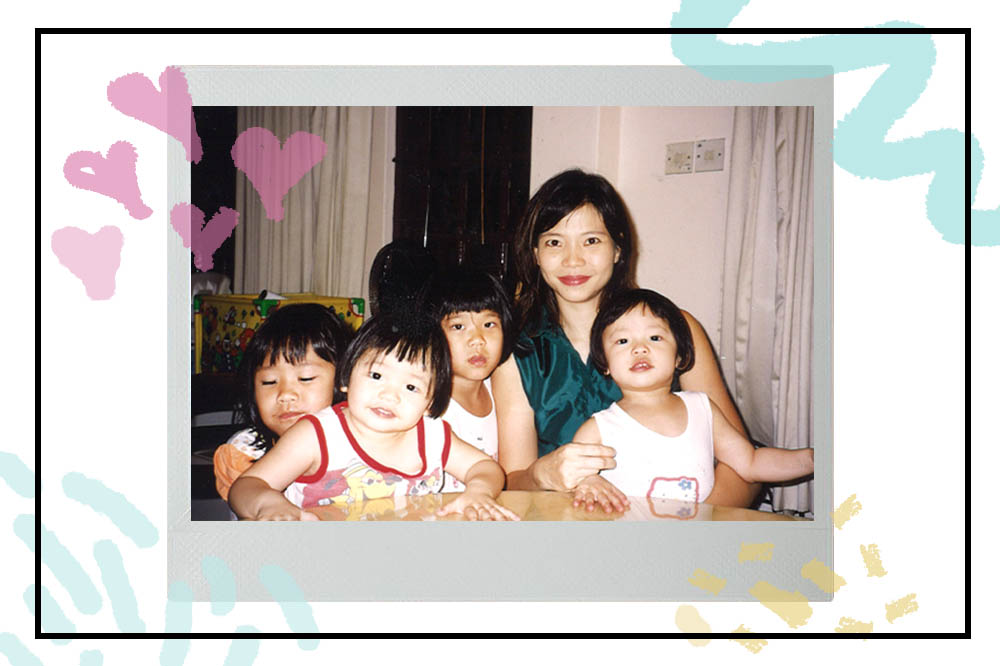 At 23, Jasmine met her first husband when she was in university. After dating for a year, they married and had 2 children, Marissa and Sandra, in quick succession. But due to personal differences, the marriage soured.

Then, Jasmine was a Type A career woman, armed with an ‘I-can-have-it-all’ attitude. She decided to leave and set up a new home without her children’s father.

“My heart was filled with lots of fear. But this is how I always do it. There are two physical beings here. So then I will channel my energy to my children and put the fear behind.”

So, she packed up their things, put them into boxes, got into a small lorry, and went off. 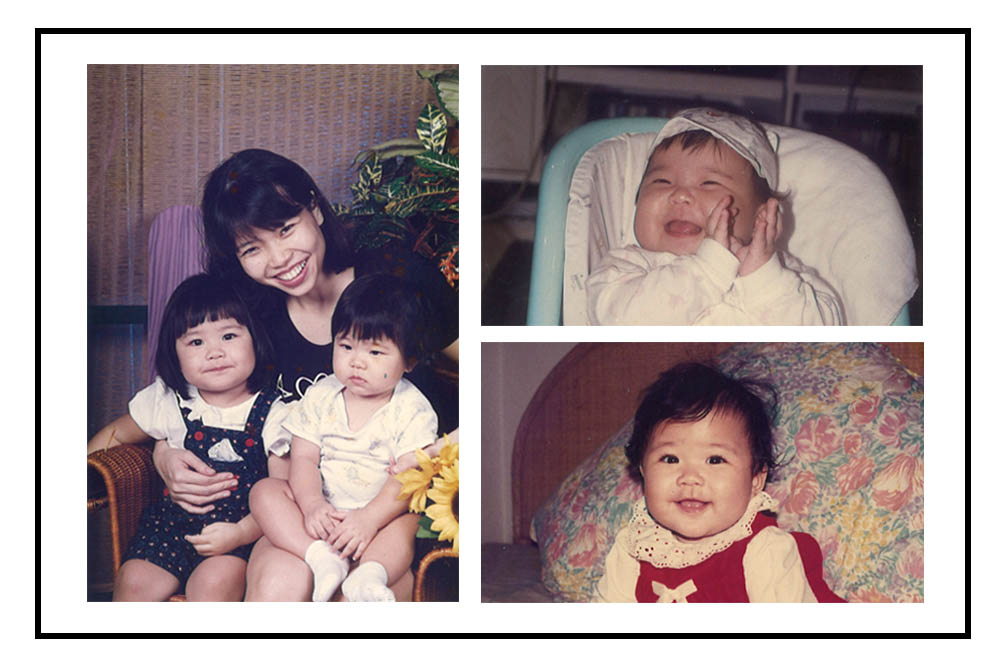 Jasmine with Marissa and Sandra; Sandra (above), Marissa (below)

With 2 toddlers under her care, the single mum struggled to keep a work-life balance.

Like most mums, Jasmine wanted to be involved in raising her children. But as the sole breadwinner, she couldn’t afford to quit her job.

Instead, Jasmine would “scoot and drive really, really quickly to the childcare centre to pick them up” after work. And for a few precious hours before bedtime, she’d play with Marissa and Sandra.

An unexpected pregnancy and second marriage

In between raising her 2 daughters and trying to build a career, 28-year-old Jasmine met her second husband.

But getting remarried had not been part of her life’s plan. Instead, she married because she had gone on a few dates, “hooked up”, and found herself unexpectedly pregnant.

“The first thing that came to my mind was ‘No, I need to abort this baby because we did not have a relationship.’ But at the gynaecologist, I found out it was a pair of twins, and my heart just dropped.”

Upon learning of the pregnancy, the twins’ father agreed to raise the children together. On April Fools’ Day 1998, the twins, Bobbi and Denise, were born. 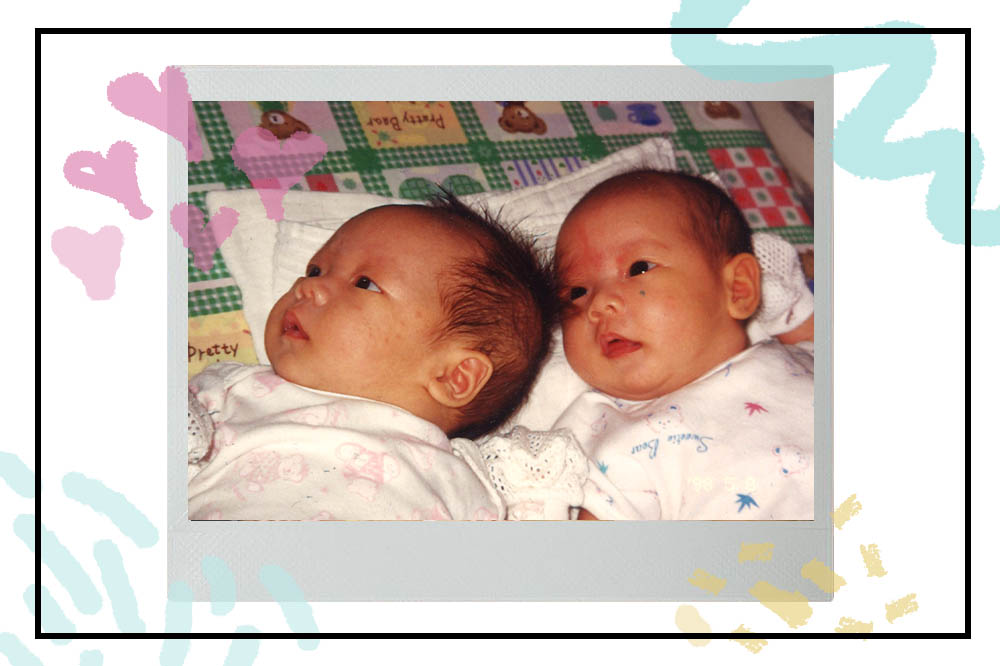 Bobbi and Denise at 6 months old

Eventually, Jasmine realised she had entered the marriage because she had sought stability, not for love. Her second marriage, too, gradually fell apart.

Now in her thirties, Jasmine found herself a single parent again. This time, with 4 young children in tow.

Undeterred, the young mum decided she would maintain a strong front for her children at all costs. She did not want them to grow up with feelings of inadequacy because they didn’t grow up with a ‘complete’ family.

She told herself, “A mother loves her child with her heart and protects her children. A father shows them the world. And this is what I will do.”

But even Wonder Woman has moments of weakness too. At night, when the kids had been tucked in bed, Jasmine would retreat to her own room.

“That’s when I will hide behind and cry lah… That’s what I do.” 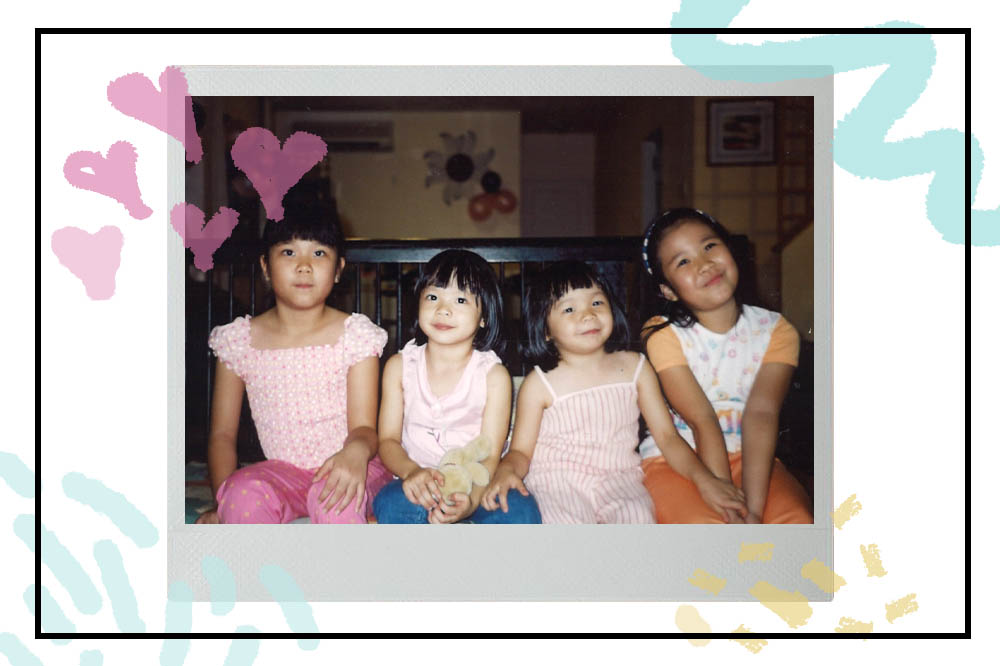 Still, one pressure Jasmine acutely felt was the lack of extended family or a support group while her kids were growing up. So she joined and began managing the ESPN (Empowering Single Parenting Network) in an attempt to rectify that.

ESPN is a group comprising of single parents who provide emotional and childcare support to each other. The group also lends a hand with legal or government matters by providing the right references for other single parents. Once a month, outings with children to the zoo or a picnic are organised.

“It takes a village to raise a child so in the support group, we’re also mummies and daddies to children of other single parents. When we come together, their kids and our own children could actually become firm friends as well.”

“It’s just one way to support them in such a way that they are not alone in this parenting journey.”

Being A Single Parent 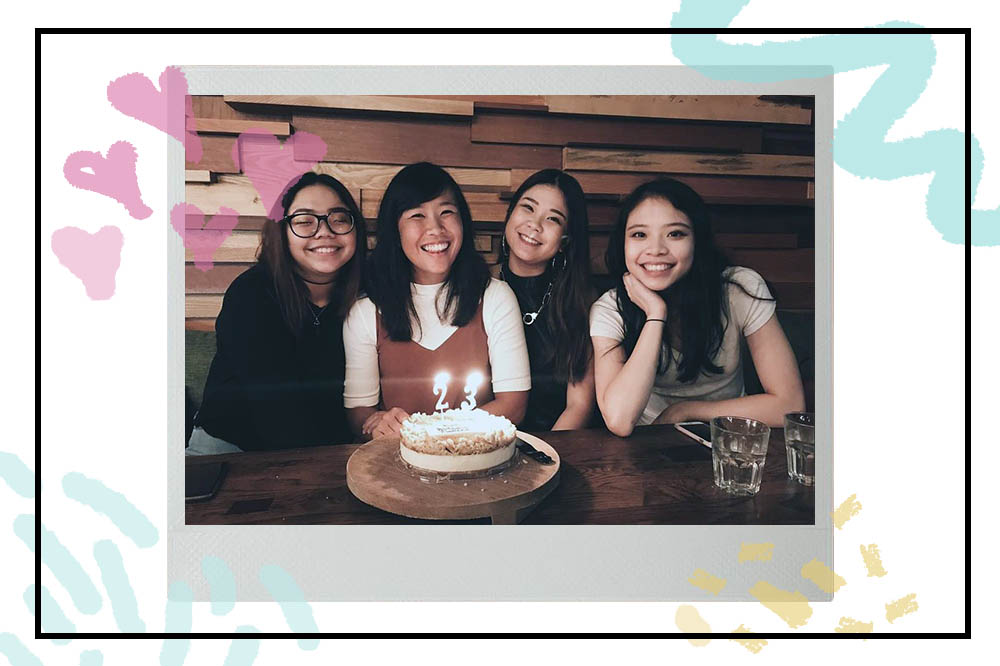 While raising her children has been a fulfilling endeavour, bearing the label of being a single mum comes with a layer of stigma in a society that espouses ‘whole’, nuclear families.

But Jasmine takes it in her stride and says she’s only ‘embarrassed’ being a single mum when a man asks her out on a date.

“If any guys want to date me, now became ‘buy 1 get 4’ free you know! So it’s that kind of mentality that reminds me, usually, it’s not going to work.”

Though her motherhood journey has been a series of ups and downs, Jasmine believes “so long as whatever you do is based on the best interests of your children, you will never go that wrong.”

“I have 4 intelligent, beautiful adults. So there’s really nothing to be embarrassed about.”

All images are courtesy of Jasmine Hu and Marissa Yeo