If your friends are as mischievous as ours, you’ve probably pitched in to buy condoms or adult toys as a gag birthday gift.

To encourage female sexual well-being, the team at Smile Makers have now come up with slim, pastel-coloured toys you won’t need to sneakily creep into R21 stores to buy.

Available at local beauty & health retailers in Singapore, we decided to try these adult toys you can even find along the supermarket aisle. 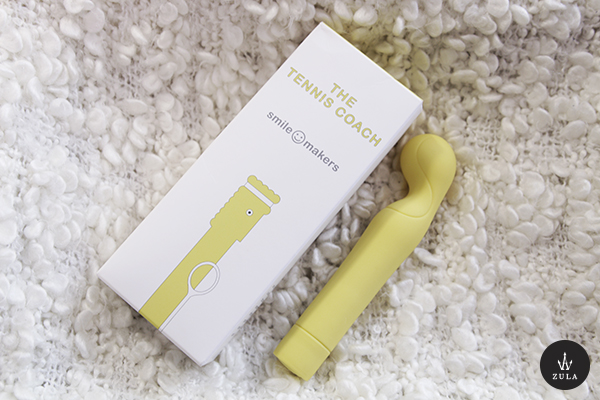 I’ve only tried disposable cock rings in the past, so I was slightly apprehensive about toys that ‘go in’. However, after unboxing ‘the Tennis Coach’, I was relieved.

Since I’m not the type who reads package instructions, I liked how the toy’s design allowed me to instinctively understand how it worked.

With the accompanying Smile Makers lubricant, S$19.95, my partner and I lubed up before we were ready to go. Unlike other types of lubes I’ve used, this had no plastic-smelling scent, was a non-sticky and non-oily texture that resembled natural vaginal fluid.

Insertion was easy and comfortable, even though it was a little too stiff for my liking. But when we turned on the vibration mode, it was a whole new world.

Moving it against my clit at the highest setting was not only pleasurable for me but also my partner. That night, he came fast as it stimulated his dick. 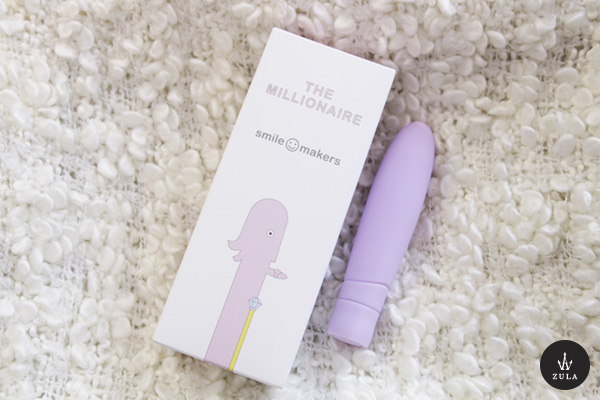 As a toy newbie, I chose ‘The Millionaire’ as it was the least intimidating design in Smile Maker’s collection. Shaped to resemble a cigar, the pastel purple design made it look unusually cute.

While adult toys often come with multiple bumps or heads for stimulation, this vibrator’s simple design made it easy to understand. With its silky-smooth texture, it didn’t make me apprehensive about putting things ‘up there’.

I figured, even if my mum found ‘the Millionaire’ in the house, it could pass off as a handheld massager. Imagine what she’d have thought if she saw a hyper-realistic 20cm ‘BBC’?

However, after I placed in an AAA battery and switched it on, I went, “Oh damn, this little guy is strong.”

As I played around with the vibration modes, I learnt to ease into the mood. I think mental preparation makes an 80% difference in how sexually aroused you feel. Tip: play some music, dim the lights, stalk your crush (whatever works), so your mind isn’t distracted by non-sexy things.

‘The Millionaire’ felt good when used on my clit or placed sideways on the ‘lips’, but I found the bullet-head too pointed and stiff for penetration. While ‘inside’, I wasn’t a fan of the length and stiffness. I would say it helped me to get into the mood, but not enough to reach climax.

When used with my partner, though, it was certainly a handy toy that spiced up our routine without getting in the way. While penetrating, his hands could roam free while using this toy for extra fun.

if you’re looking for a toy as an additional perk for your sex routine, this is a fuss-free toy I recommend. The battery lasts up to four hours, the smooth surface is easy to clean and the waterproof feature allows you to use it even in the bathroom. Plus, at 40dB, it’s quiet! 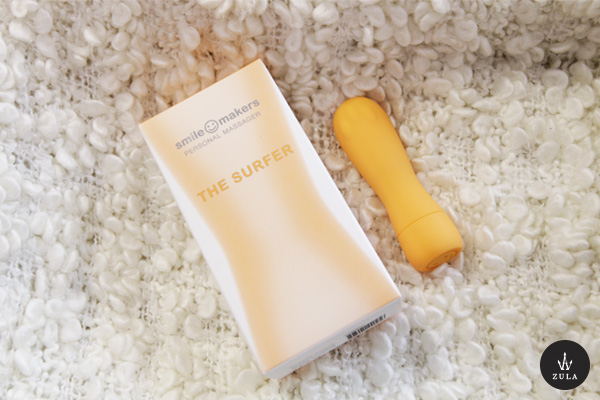 When I picked up ‘The Surfer’, I was intrigued by its size, seeing that it was the smallest among the collection. I wanted something that was discreet and convenient to carry around, and ‘The Surfer’ definitely ticked those boxes.

The texture is soft and smooth, and its regular shape made it less intimidating for a new adult toy user like myself. Also, the smiley face on the switch added a quirky touch to the device.

Thanks to its silicone texture and the lube, the stick rubs smoothly on my clit. And when I used it on the highest mode, I eventually orgasmed.

As someone who’s never used an adult toy before, I wanted my first time to be ‘special’. However, as ‘The Surfer’ is one of their bestsellers, my expectations were probably too high.

Overall, it was a nay for me because it took too long for me to climax. At times, I was too impatient and lost my enthusiasm to keep going because I wasn’t feeling it. 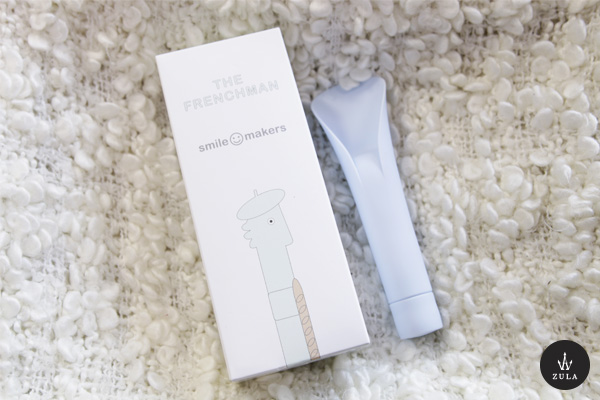 I’ve always thought of getting a ‘personal massager’ on several occasions but never got around to do it until now. I was initially apprehensive about vibrators as I feared it could potentially explode when it was inside me.

However, I liked how ‘The Frenchman’ was discreet and didn’t scream “LOOK AT ME! I’M A SEX TOY!” But when compared to the other Smile Makers toys, it looked the most intimidating due to its unusual shape. Nonetheless, the pastel-blue colour made it seem more ‘friendly’.

I faced a little difficulty figuring out how ‘The Frenchman’ worked but luckily, the website’s How-To animated video tutorial helped me out.

As a person who prefers clit stimulation, ‘The Frenchman’ is perfect for me as it doesn’t require any penetration. Smooth and super flexible, the toy mimics an actual tongue quite convincingly.

It was also way easier to use than I expected it to be. The vibrator’s button faced upward, which made it easily accessible; I could change speeds without having to pause and go “wait ah”.

I love the different vibration modes—particularly the different pulsing patterns. I used the toy multiple times and found it to be the perfect way to ‘finish’.

As someone who likes receiving oral sex, this is definitely a yay for me. It’s easy to use and handle. I would recommend this to others who’re looking to try intimate toys. When I unpackaged ‘the Fireman’, I was puzzled by its unusual design. Shaped like a lighted candle, I had no idea how I was supposed to use it. But after viewing the instructional video online, my confusion cleared up. The visual representation really helped me understand how to use it.

As I personally enjoy penetration more than clit stimulation, I was initially apprehensive. The texture of the toy itself was smooth, but the vibration felt decently strong in my hands. Nonetheless, I decided to cast my doubts aside and test ‘The Fireman’ with an open mind.

The gentler vibration settings were not as strong as I had expected. I only felt pleasure when it was on the highest setting.

I did manage to orgasm and to my surprise, I found that I liked it. Considering that I don’t like ‘outside’ stimulation, I felt being able to orgasm was a sign that ‘The Fireman’ was doing its job.

I would say yay to ‘The Fireman’, especially for girls who enjoy clit stimulation more than penetration.

The toy changed the way I thought I could pleasure myself, and I’d definitely use it again, especially if I don’t get the D! 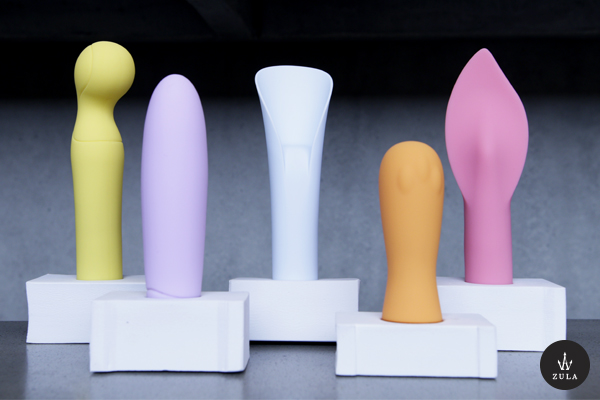 By offering award-winning designs that are user-friendly and approachable, and sexual education with organisations such as the UN Population Fund, Singapore-based Smile Makers aims to normalise female sexuality, one orgasm at a time.

The full collection of massagers and lubricants are priced between S$19.95 to S$64.95 and can be found at Watsons, Cold Storage, and Redmart.