Unless you’re living under a rock, it’s impossible to not know about the existence of Squid Game. The Korean hit series is now ranked number 1 on Netflix Singapore as well as in 90 other countries.

To add onto the hype for fans all over the world, Netflix has released a collection of Squid Game apparel with customisable player numbers and graphics. The Squid Game Arena Shirts come in 2 colours of black and white. Fans will be able to recognise the familiar shapes of the circle, triangle and square of the iconic game card.

This minimalistic design also includes 2 human figures facing each other, imitating the scene where Cho Sang Woo (Park Hae Soo) and Seong Gi Hun (Lee Jung Jae) fought in the final round. The tees are retailing at USD$34.95 (~SGD$47.46) each. From Red Light, Green Light to the Dalgona game, this next shirt allows you to pick your favourite game design on the tee. Or if you can’t decide, you can simply include them all. 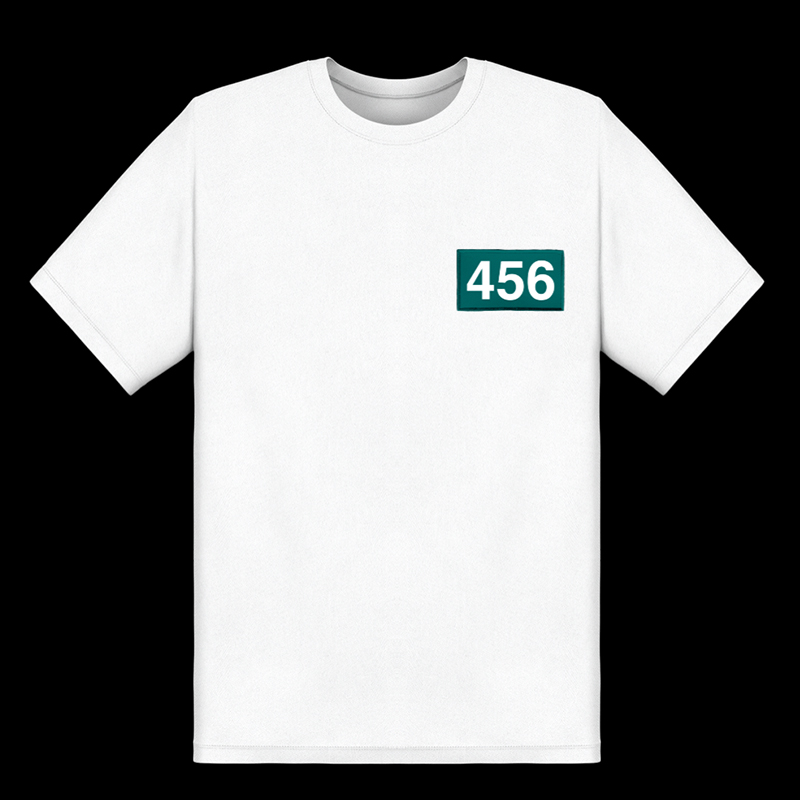 As the last player to enter the Squid Game, Gi Hun’s player number “456” is a key detail we can’t forget. The front of this white Number Patch Shirt is customisable according to your favourite characters. The back of the tee is customisable as well, with the option to choose between the Squid Game Korean or English title. It is retailing at USD$39.95(~SGD54.25) each. 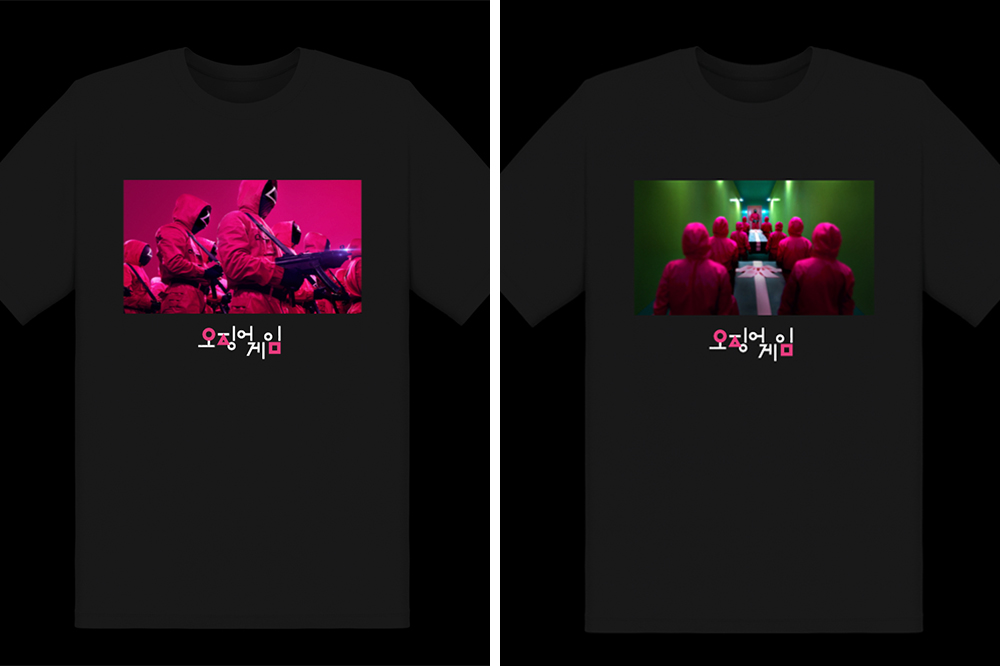 There are 4 Squid Game Art Shirts in this collection inspired by the soldiers. Here’s the biggest question that has taken over Reddit threads: are the soldiers’ uniforms pink or red?

Regardless, these Squid Game soldiers tees are a conversation starter for those who want to level up their streetwear style. 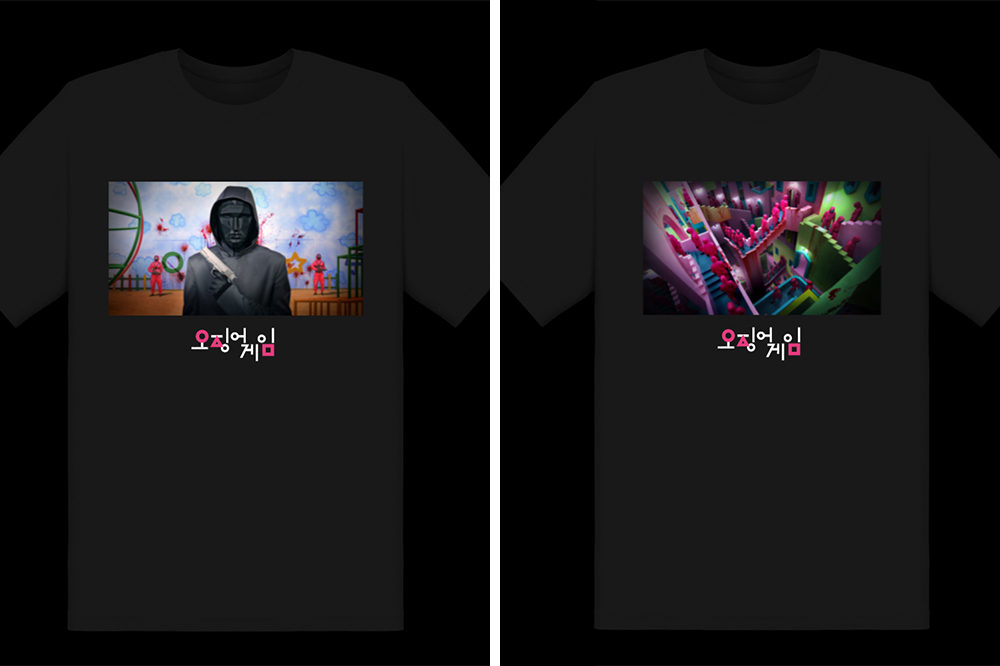 Channeling major Darth Vader vibes, the Front Man tee (left) features him holding a gun at the playground, while the colourful arena tee (right) showcases the soldiers marching along the staircase.

Just like the number patch tee, the Squid Game title is customisable to its English name. The 4 art tees are retailing at USD$34.95 (~SGD$47.46) each. 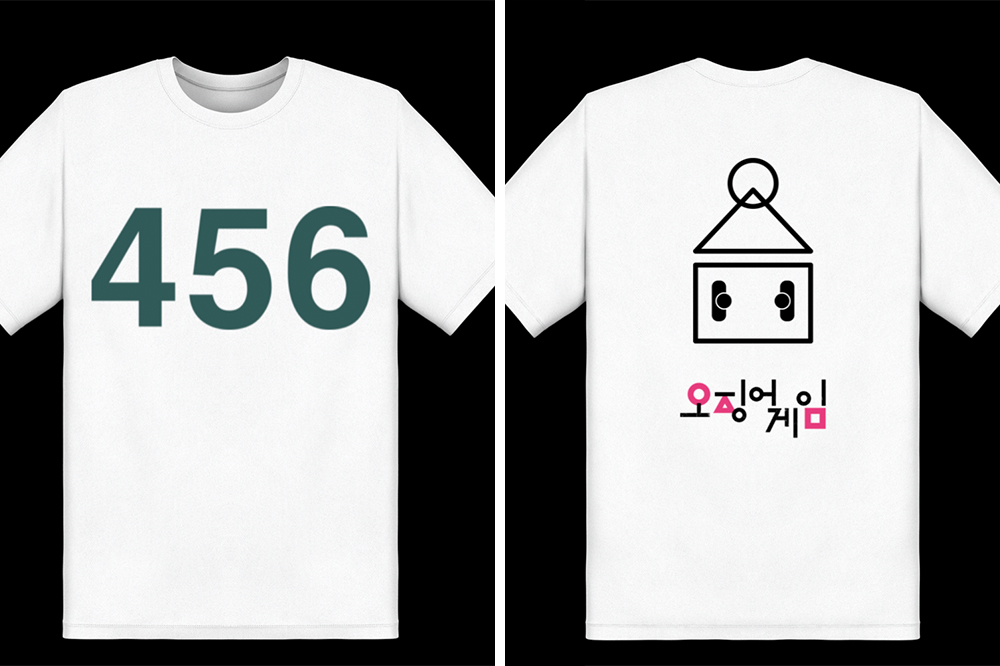 This last tee combines the number patch design on the front with the Squid Game arena design on the back. The numbers are once again customisable according to the 4 main characters. It is retailing at $39.95(~SGD54.25) each. 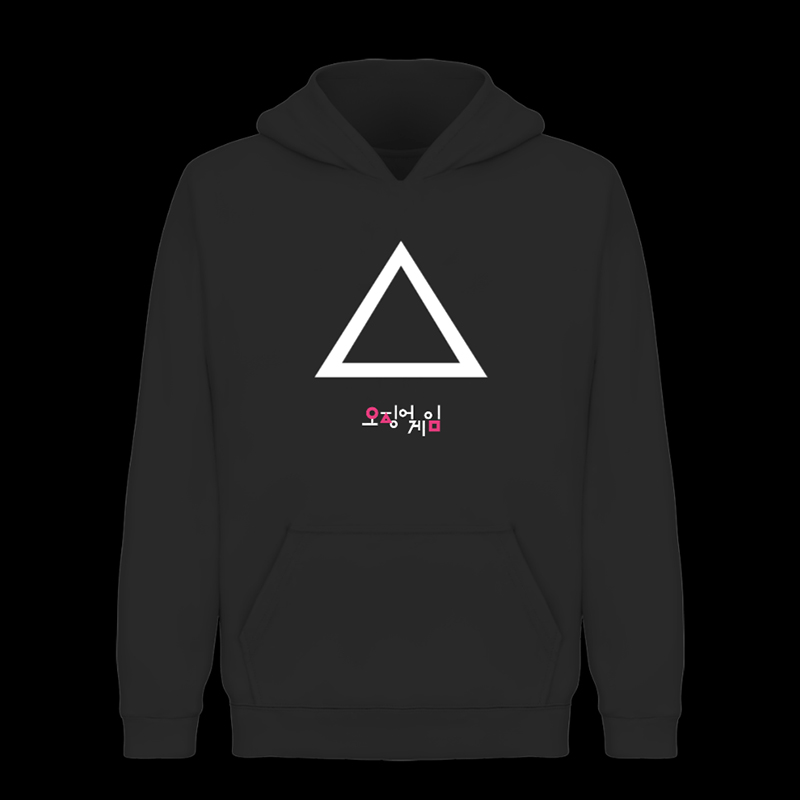 Simplicity is key — a single triangle icon on this hoodie is impactful enough to remind us of the thrilling horror of the games. It is retailing at USD$49.95 (~SGD$67.83) and the shape is also customisable between the circle and square icons.

For those who can’t get enough of the Squid GameSquid Game hype, these apparel are the perfect addition to show off your love for the show. The collection is now available on Netflix US online shop which ships to Singapore, so make sure to cop them ASAP.

All images courtesy of Netflix shop.