When entering a new relationship, many of us already have a set of deal breakers in mind, such as no smoking or being rude to our parents. But apart from these common red flags, some ladies have experienced that one relationship where a guy did something so bad, it became her new rule for “never again”. 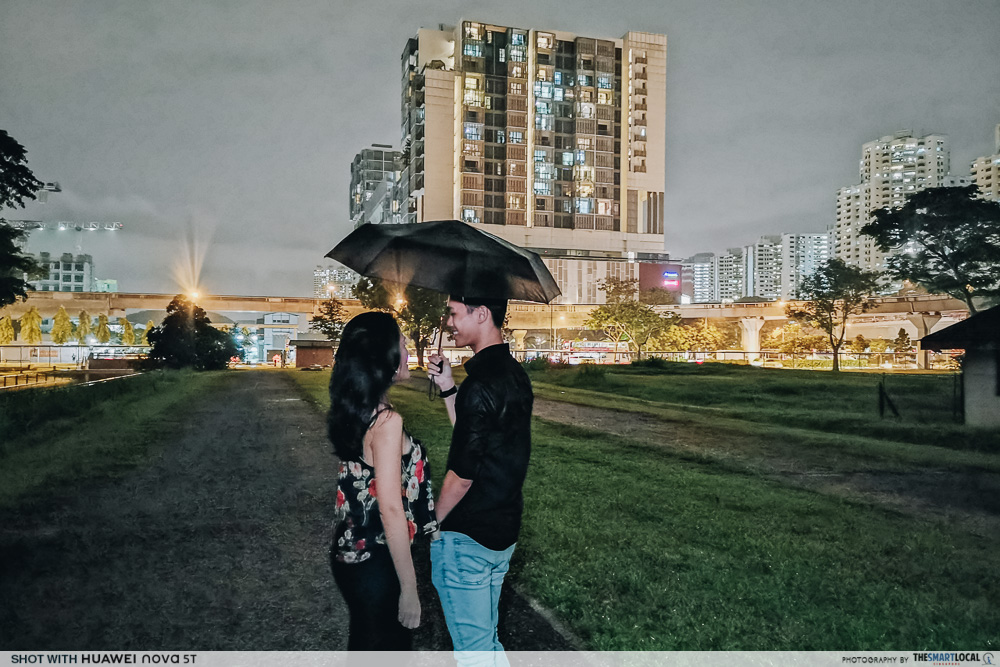 A relationship is all about give and take. One talks and the other one listens, and vice versa. Monologuing is a big no-no — that is, when it’s just the other party talking your ear off and you can’t even get a word in.

According to @NotYourCirce on Reddit, “I’ve dated several guys that just want to talk at me about whatever he’s interested in at the moment. My input isn’t wanted and it’s not a conversation. It’s like attending a lecture on watching paint dry.”

@whitefox00 also added, “the part that kills me is those guys who don’t understand why I don’t want to see them again, because they ‘really feel like we hit off’. Sir, you’re not looking for a partner, you’re looking for an audience.”

Perhaps you can even tell a guy is a monologuer just by his looks. @smaller_ang shared, “oddly specific rule because of these guys? Anyone with a picture of himself lecturing in his profile.”

Definitely not the lecturer fantasy kink we were thinking of.

Women won’t settle for emotionally constipated men, but neither will they go for men who bait you to go on a date with sob stories either. Yes, there is a clear difference between expressing yourself and emotionally manipulating your date.

Speaking from experience, @Inspection-Critical shared, “healthy people want to impress you and be seen as competent. Losers and predators have nothing worthwhile to show you and they know it, so they try to hook you with pity.

It’s like a Trojan horse. If you fall for it, they’ll gain access to your inner life, destroy your boundaries from the inside out, and take you for a ride.”

@PalmTreePhilosphy also hopped in to warn us that, “sob story guys are often always domestic abusers.”

We’re pretty sure this header is self-explanatory. But if you must know, @Eevee36 said, “my ex wanted me to call him ‘onii-chan’ in bed.” FYI, that means “older brother” in Japanese.

We never thought that there would be an even worse variation of the infamous “jiao wo huang shang” university hall story, but here we are.

4. Must actually verbalise “will you go out with me?” 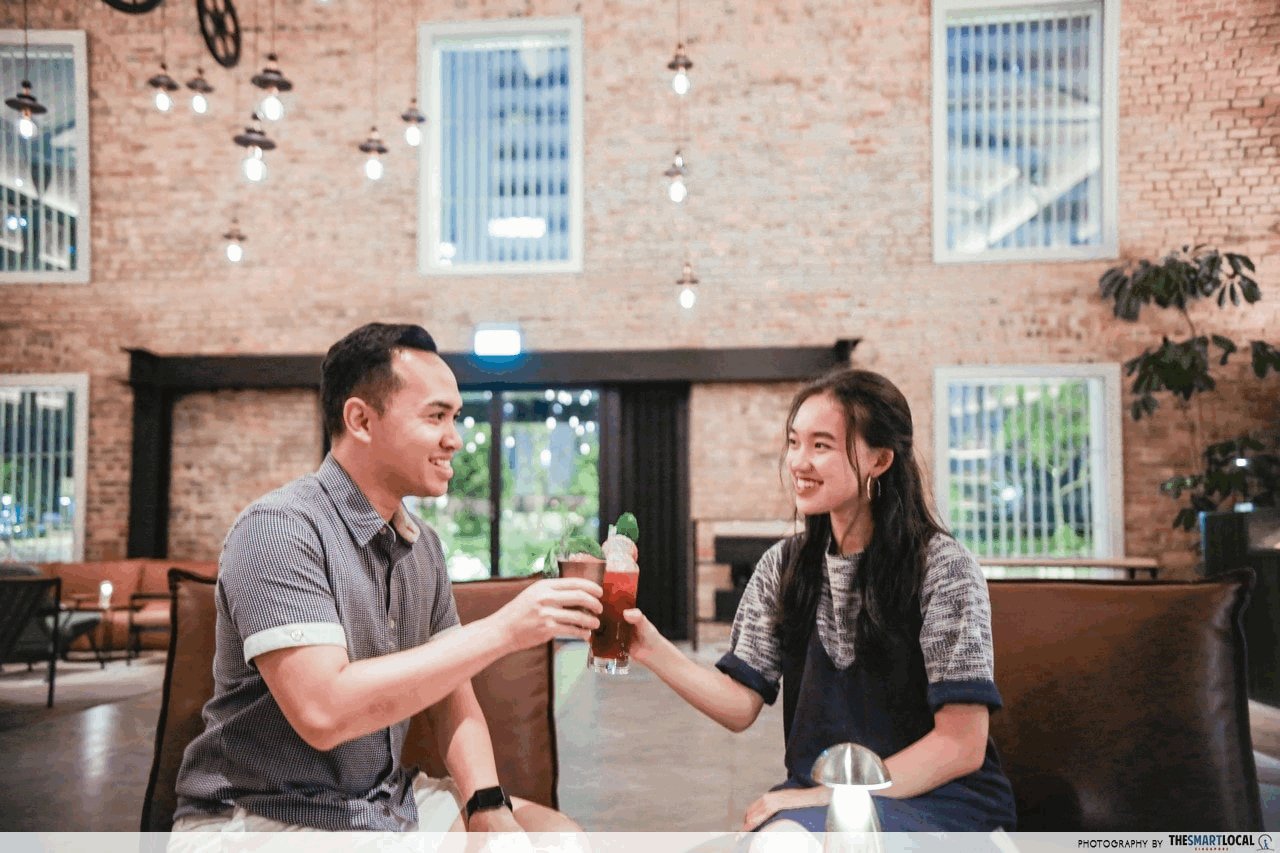 Ladies, be warned. If a guy can’t even ask you out on a date, chances are he’s probably playing with you. Don’t sell yourself short — basic decency isn’t a high standard.

@Struggleis4real declared, “if he cannot tell you his intention by verbalising going on [a] date and not ‘hang out’ or whatever other variation, I’m not interested!”

Make sure you’re dating a grown man who can verbalise what he wants. @Altowhovian93 ends off with, “if he doesn’t ask, it’s not a date. Don’t get sucked in by his poor social skills!” 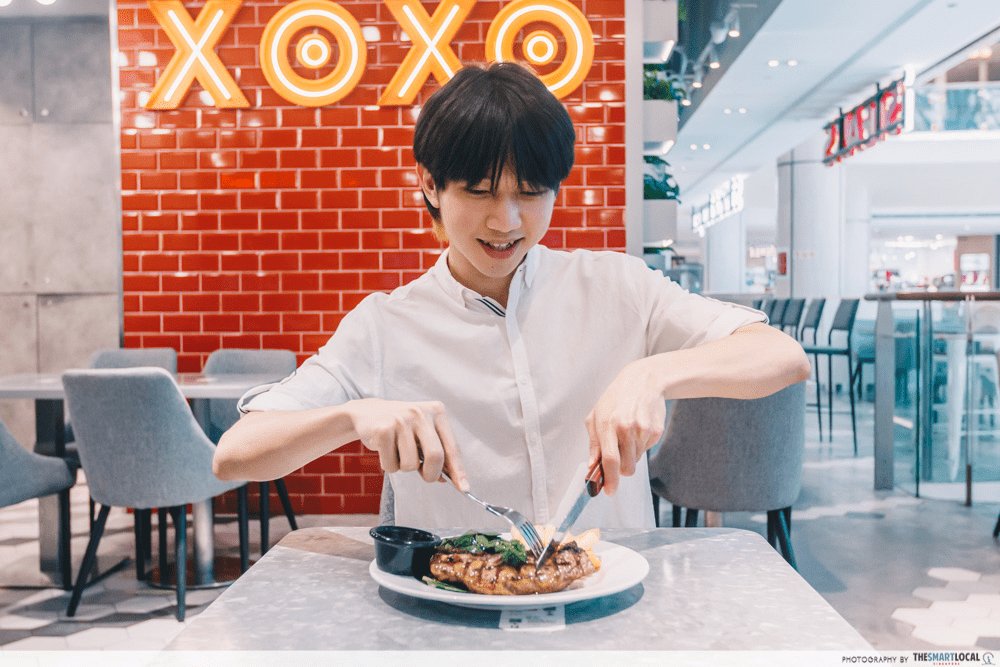 Admittedly, someone who’s picky with food is a low-key turn off. But men who refuse to eat vegetables because it’s “unmanly”? Sounds like a full dose of toxic masculinity.

In disbelief from a previous date, @neon_skelton shared, “a single male told me last year that my ‘willingly eats vegetables’ requirement for men was asking too much. Apparently, men don’t eat vegetables unless a woman forces them to or they’re vegetarian.”

6. Must own more than one set of tableware 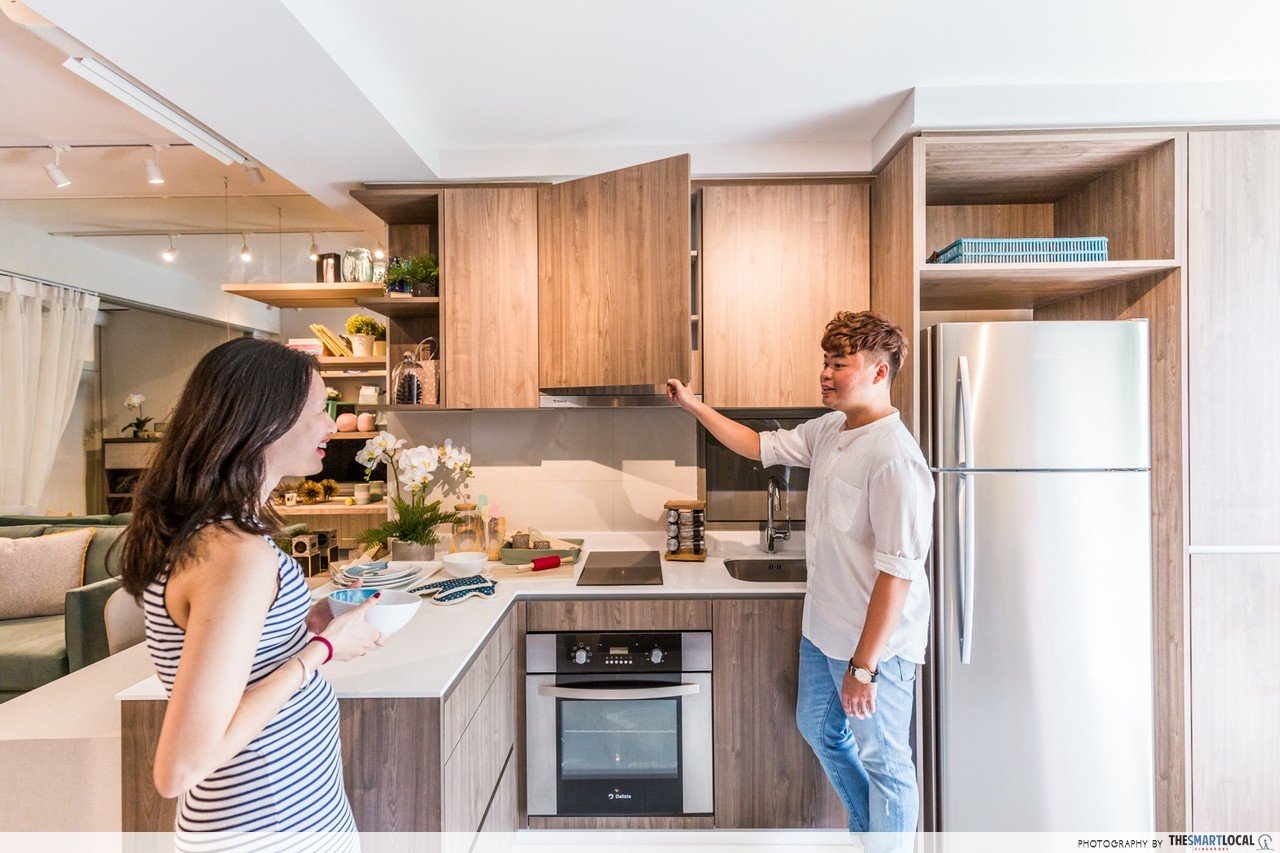 First impressions do matter a lot. On top of that, it’s also important to find out how someone lives to confirm your compatibility. By that, we mean make sure he actually knows how to function with the people around him, rather than exist himself.

When @comrademasha visited her date’s house, she “asked for a glass of water and got it offered in a used wonton soup container.” From then on, owning more than one set of tableware became her new rule for men.

7. No making car noises while walking

Making car noises while walking is cute — if you’re a 5-year-old. We’re hoping that this quirky  habit isn’t a common experience for other women too.

@fallasleepatparties revealed, “I briefly mucked around with a younger guy in my twenties. Every time we changed direction while walking, he would make car veering sounds with his mouth like it was The Indy.

He was a nice boy. I learned I like men.” Having a hobby is nothing to be ashamed of. But if you’re obsessed with your hobby to the point where it affects others, that’s where we draw the line.

@Gasperca shared, “I also love cars, but would not spend every dime I saved to ‘improve’ the car or base my whole personality around it.”

After dating 3 different car-obsessed men, @drunkenwithlust added “no BMW drivers. Proved [to] myself 3 times that they are unreasonable. Pure coincidence that I met them, and all 3 proved to be the same.”

@Gaspeca came back to agree, replying “I think they sell the anger management issues as a standard equipment with the BMWs.”

Sorry to the lads who drive BMWs, this could be your sign to change a car.

9. No thinking that holidays are stupid Public holidays are great, because it means time off from work so you can spend the day out with your bae. Unless your date is The Grinch, there’s no reason why holidays can’t be special for couples.

@BlackThummb wrote on Reddit, “I had an ex who worked every Christmas for the pay, didn’t celebrate Valentine’s Day because it was a ‘cheap commercial holiday’, and thought celebrating birthdays was ‘juvenile.’”

Meanwhile, @Sage_Planter’s ex wasn’t exactly a holiday hater, but still “managed to ruin every single one. We couldn’t have a happy holiday like a normal couple. I was dreading every upcoming holiday weeks in advance because I knew he’d pull some stunt that would sour the day.”

The diagnosis for this rule? @Usual_Zucchini says, “this is very typical narcissist behaviour. They can’t stand having attention drawn away from them, so they find a way to sabotage the day.”

10. No sexualising our jobs

It doesn’t matter if your job is a pole dancer or engineer, nothing gives men the right to sexualise what you do.

@radarie shared, “I do competitive cheerleading and the amount of men who sexualise it is astonishing. No, I don’t want to show you how flexible I am, you disgusting pervert.”

It gets worse. @Hhjjuuy replied, “sexualising motherhood was one that took me by surprise.” 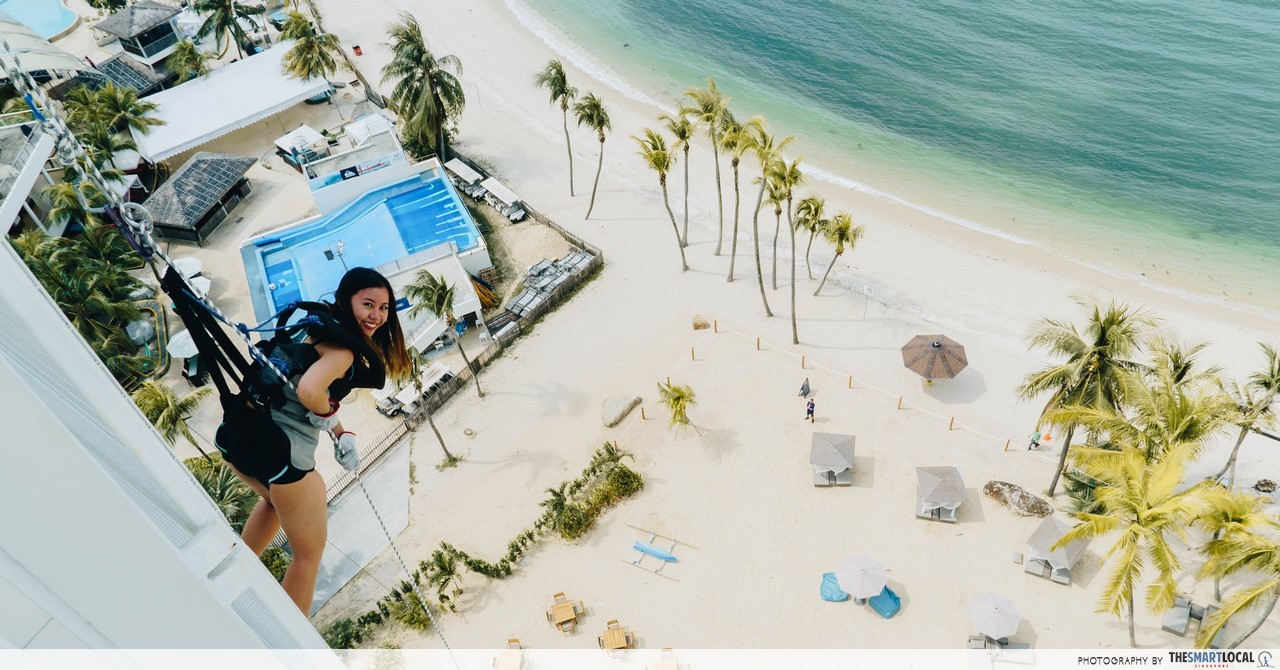 We’ve heard of alcohol addicts and chain smokers, but adrenaline junkies who constantly crave a different kind of high? Sounds like a new breed to watch out for.

Meanwhile, for @vbych76, “the most off-putting part was the constant crave for something new. I can’t compete with a jump from a plane or a new peak that they want to climb, and I shouldn’t have to compete. Don’t get me wrong, I am all for new experiences. But at some point, they become extremely numb from anything ordinary.”

12. Must have a driver’s licence

Having a driver’s licence is certainly an added bonus for any lady. But besides flexing your newfound skill, these girls require proof that you’re not not all talk as well.

@aoi4eg reveals why she has a rule for always asking guys for physical proof of his driver’s licence. “Once I went for a ride and when we got stopped by police, it turns out that my date never obtained his licence. His father literally just allowed him to take his car.”

On top of ensuring you’re not getting into any legal trouble, @Sunanas added, “it doubles as a real name and date-of-birth check too!” 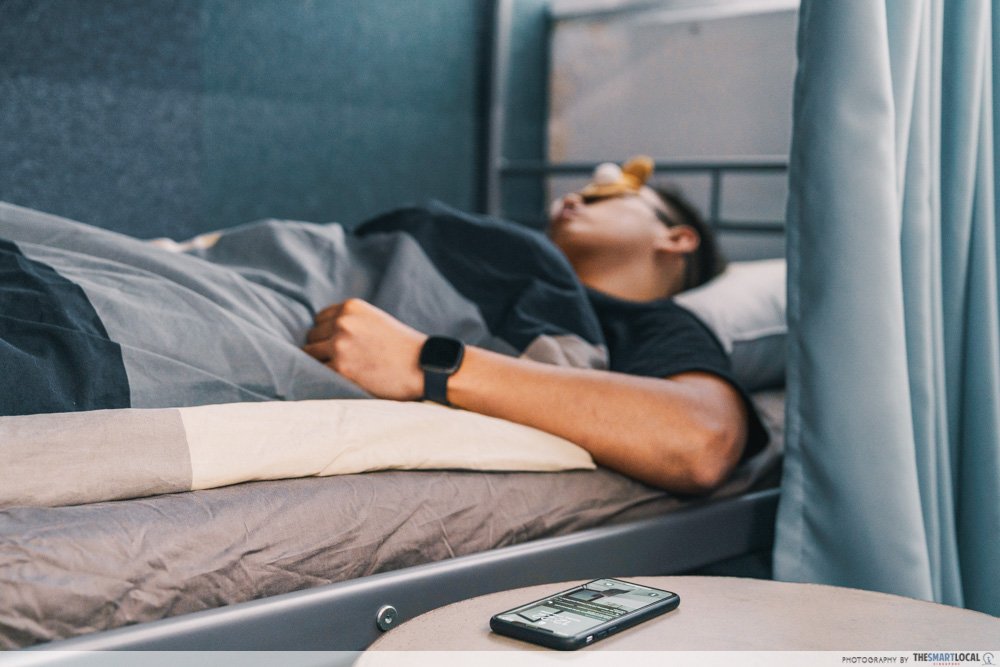 We get it, sleeping naked is comfortable AF. Yet the truth is, there are really just a handful of people who can stand sleeping next to a butt-naked man every night.

With past experiences haunting her, @Platipus6 resolves, “no more men who sleep naked. They’re 2am sex pests with ball-stank under their fingernails from sleep-scratching.”

14. No neglecting their pets 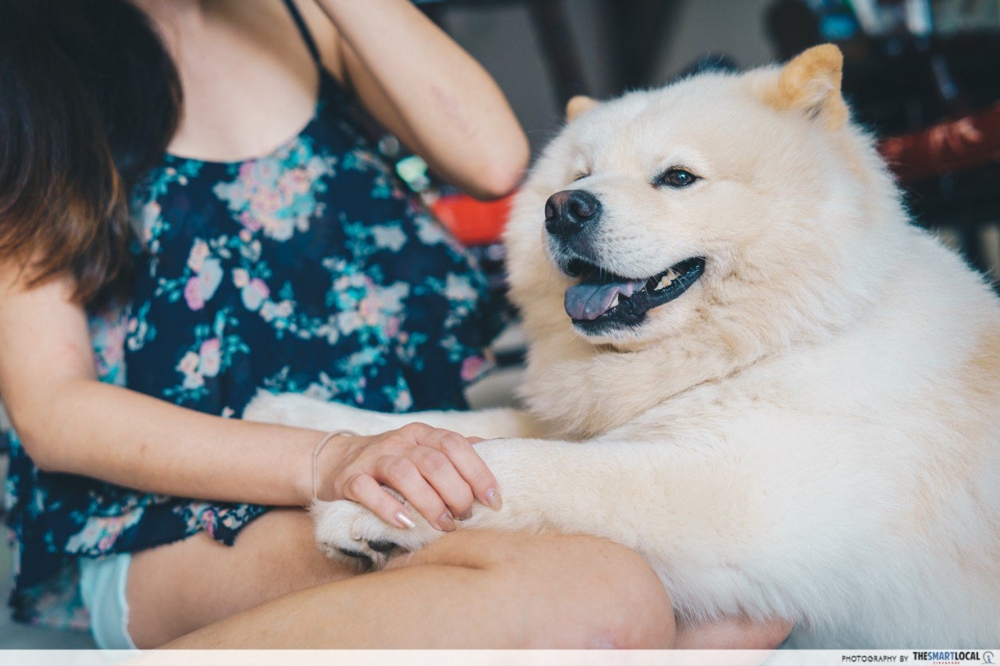 @ASeaOfQuotes didn’t know this was a boundary until she met a guy who didn’t bother to clean his cat’s litter box or walk his dog. “He had the audacity to complain about the dog ripping up stuff in the house. It was out of its mind from boredom!”

While neglecting your pet is one big red flag, going out of your way to kill a living creature gives off low-key psycho vibes.

@kittycappuchino shared, “one time I was on a first date with this guy and we were both walking home when I saw a snail on the ground. I just said, ‘look, a snail! Aren’t they cool?’

@o0DrWurm0o agreed that it’s one of her biggest red flags too, replying with “there are people who just stomp on anything that moves — it creeps me out.”

At the end of the day, each of us have our own set of rules when it comes to relationships. But some of these rules are a little too weirdly specific, and this useful information can serve as potential red flags for other ladies out there too.

For those who are interested in finding out more, you can read the full thread of weirdly specific rules other women have set for men on Reddit.

All images courtesy of TheSmartLocal.