If you’re reading this article, you probably either really love or strongly dislike Emily in Paris. Either way, you definitely binge-watched the show in one sitting, or over 2 days at most.

Initially, I was prepared to hate-watch the divisive Netflix series. Amongst everything I read online and heard from friends, the most common sentiment was that it had a clichéd and idealised portrayal of the city. So, I wanted to find out first-hand if the show was unfairly panned.

After 10 episodes, I came to the conclusion that while the criticism aimed at the show is not untrue, following the story of a young American social media marketing executive trying to find her place in the French capital was undeniably enjoyable. Why? Because I saw my 22-year-old self in Emily.

In 2016, I went to Paris on university exchange for exactly 4 months. Watching the show brought back memories of being a Paris noob à la Emily. For those who are wondering how accurate the show’s clichés are, I present my not-to-be-taken-seriously breakdown of Parisian stereotypes, as informed by my short stint living in the city of love. 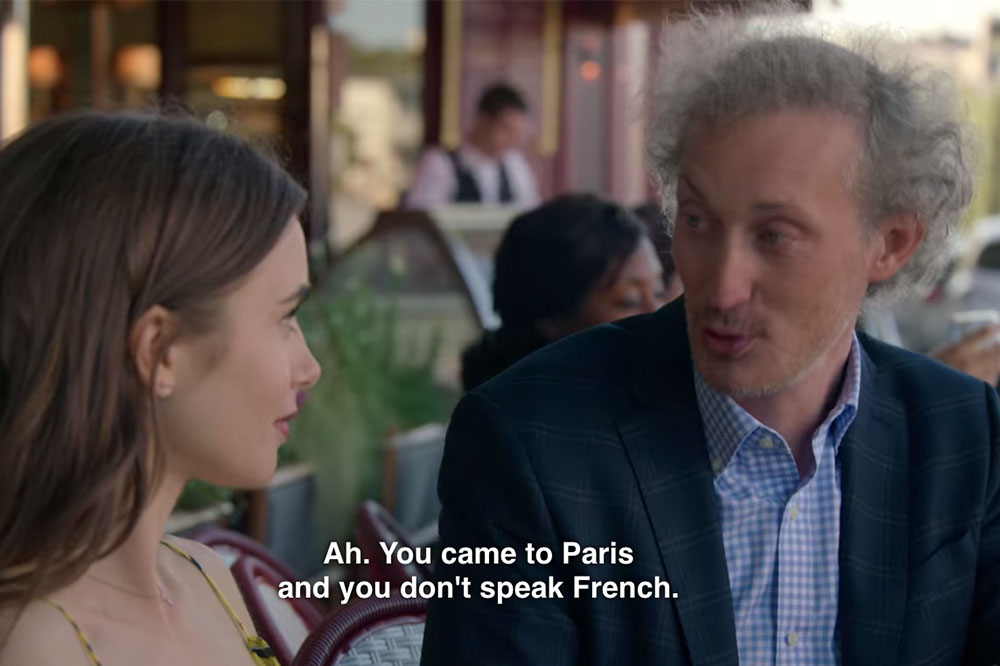 On Emily’s second day of work, her colleague Luc sees her drinking at a cafe. He stops and apologises for joining in the office hazing and offers this gem of a scene.

Luc: Ah, you came to Paris, and you don’t speak French—that is arrogant.
Emily: More ignorant than arrogant.
Luc: Let’s call it the arrogance of ignorance.

At that moment, I realised, “Omg, I was that bitch who went there without learning French.” Before going on exchange, I figured most people in the city should speak English since Paris is one of the major capitals of the world. Plus, my classes were in English so I wasn’t too concerned about not being able to speak French. I was dead wrong. On my first day, I got lost in the Paris metro. I tried to ask for directions but everyone either didn’t want to speak to me in English or they couldn’t. Reading grocery labels, going to the post office, and even buying cigarettes were errands I learnt to do exclusively in French.

However, I get why Parisians hate it when visitors don’t speak French. Imagine: you’re minding your own business and a tourist comes up to you. They ask you for directions in your second or third language. You can do it but it requires so much more effort to accommodate this stranger. 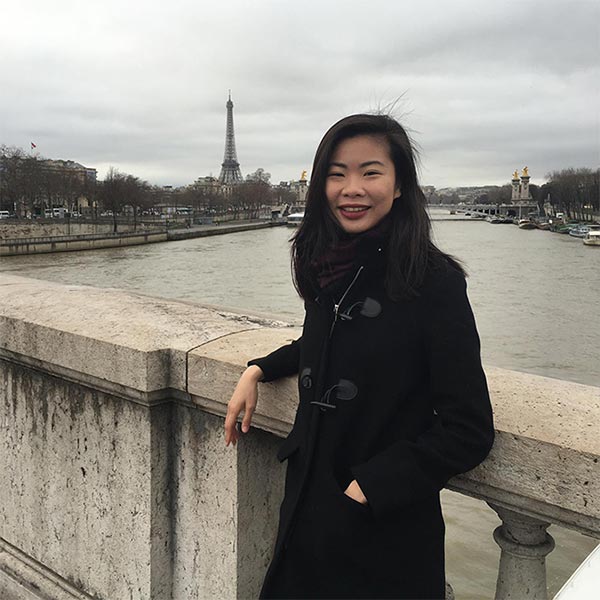 Le me, being le tourist

With Paris being a city that receives more than 30 million tourists a year (pre-pandemic), I can only imagine how annoying it must be when this happens way too often to the people living there. That’s why even though my spoken French is comme une merde (read: “like shit”), it’s good to at least try and start a conversation in French before going, “Excusez-moi monsieur/madame, je suis désolé, parlez-vous anglais?”

UNTRUE: Your neighbours are friendly and talk to you 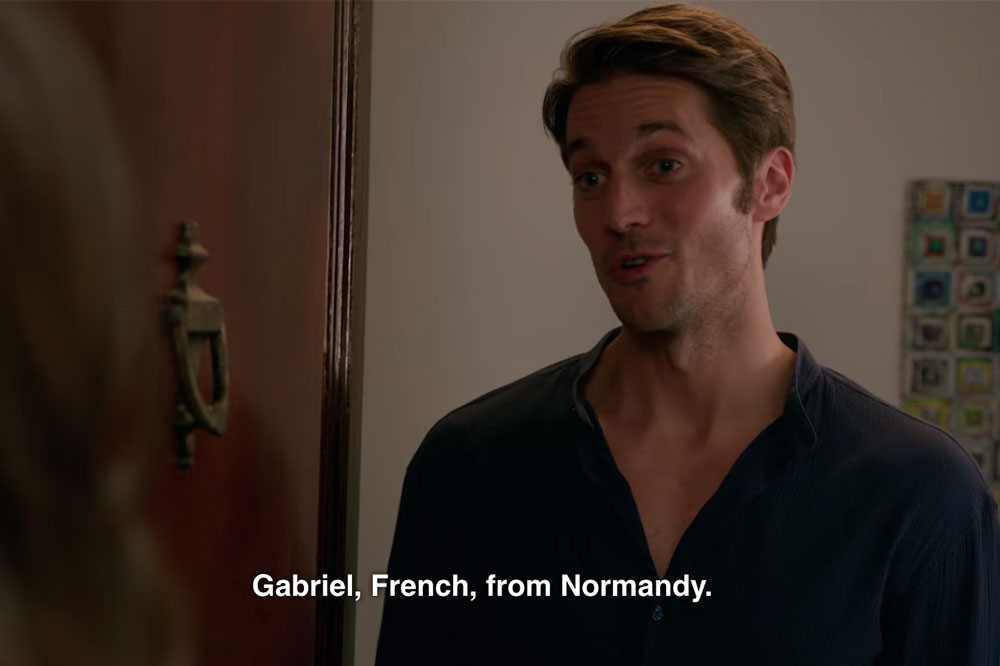 Bonjour to Gabriel and Gabriel only 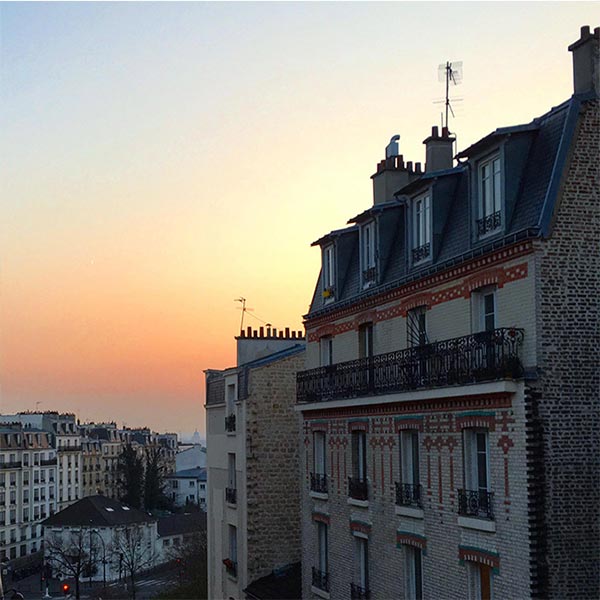 Room with a view… into my neighbours’ apartments too

The only real thing about the show’s portrayal of neighbours is being forced to listen to them having loud sex through thin walls.

TRUE: Eating a pain au chocolat is the best 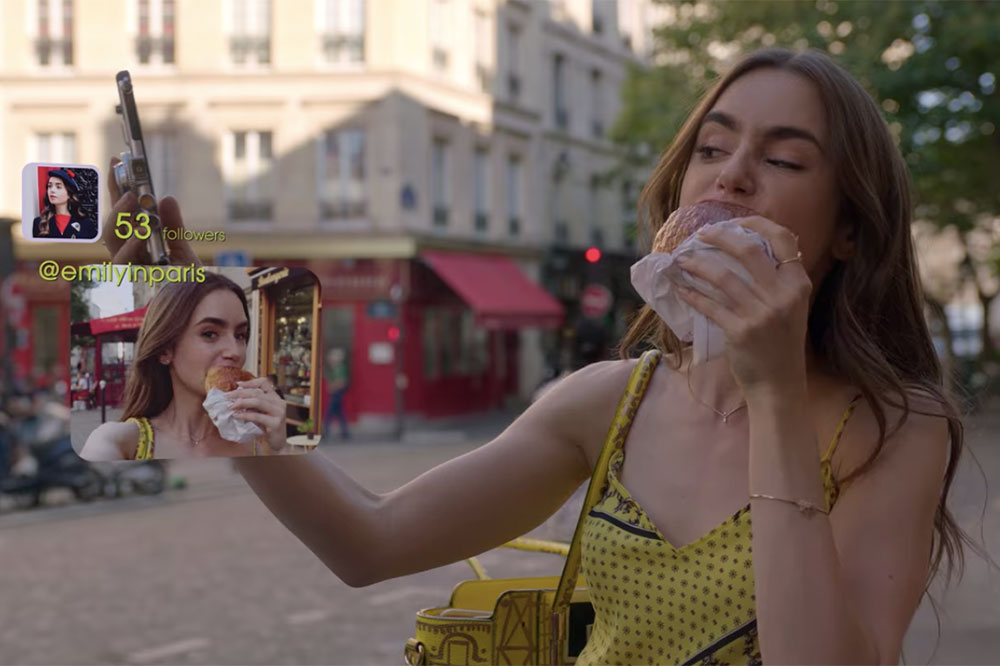 While Emily’s reaction to her first pain au chocolat is grossly exaggerated, I can totally understand where she’s coming from. 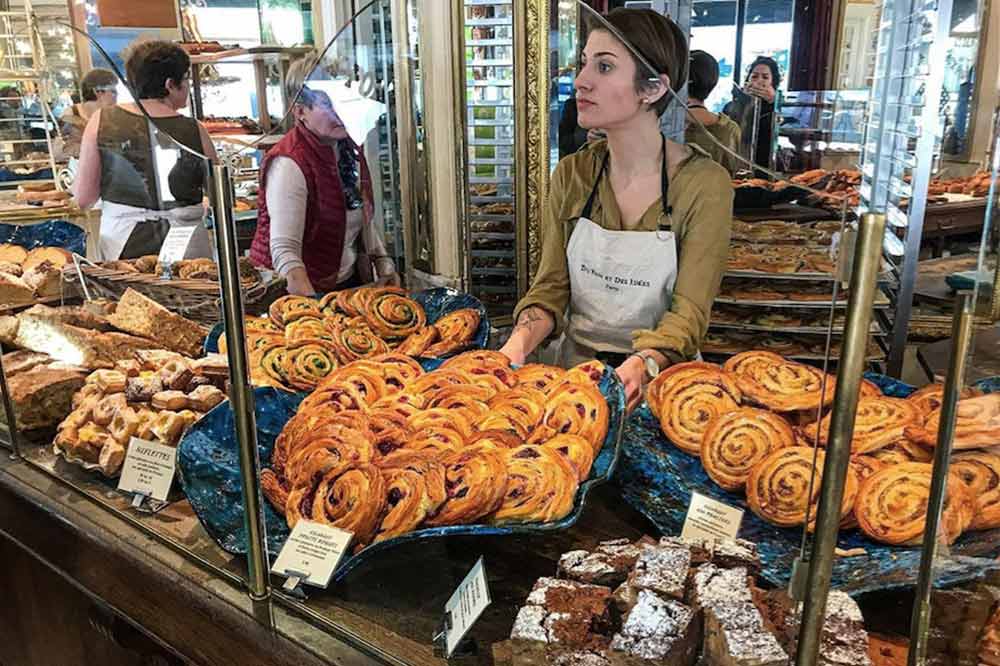 Every bakery displays rows and rows of beautiful tarts, éclairs, madeleines and croissants that taste as good as they look. 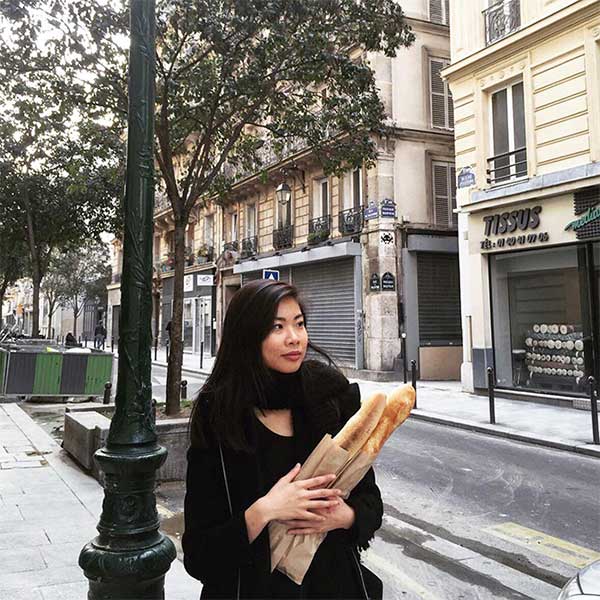 A baguette a day keeps the doctor away

The quality of baguettes is so high that even Parisian pigeons are spoilt; I’ve seen them ignoring people feeding them stale bread.

UNTRUE: People jogging along the banks of the Seine 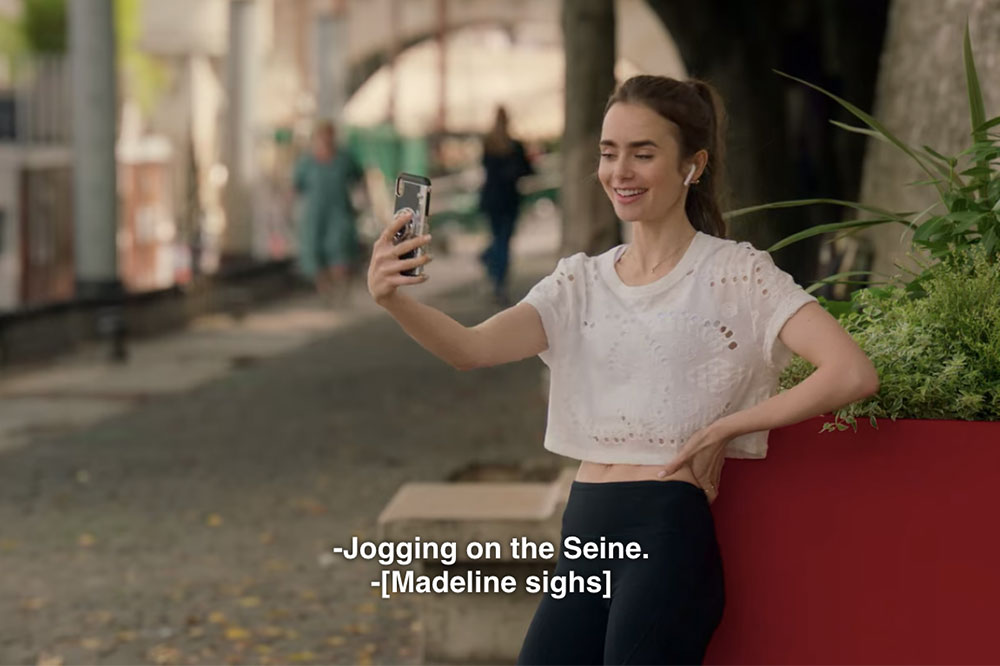 When I saw Emily jogging along quai de la Seine, I actually laughed out loud. No one does that because you’ll probably trip and break both your ankles running on the uneven cobblestone pavement. 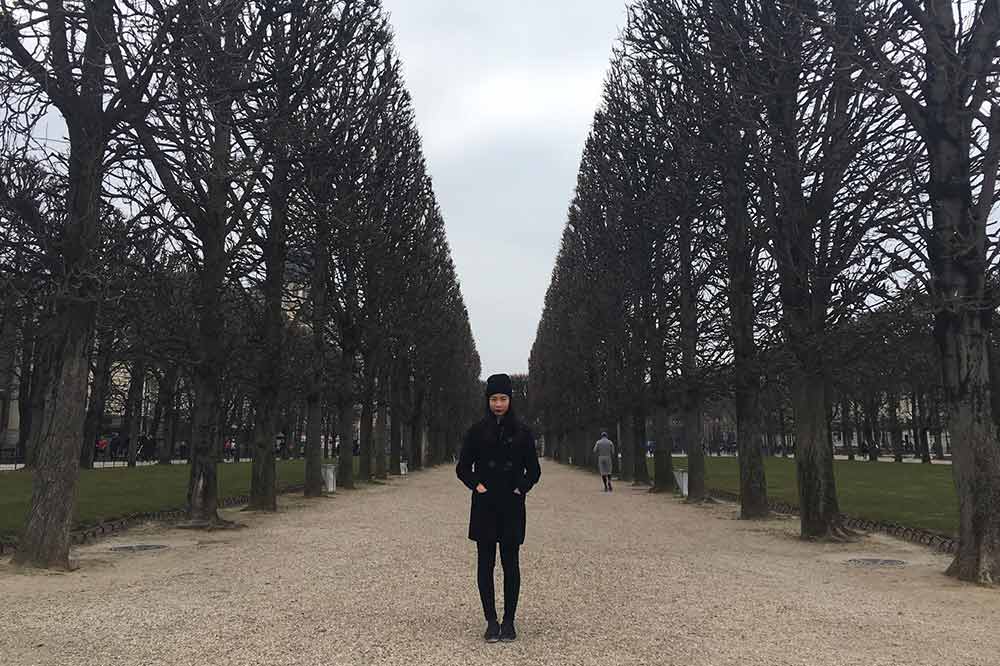 The total times I went running in Paris: 0

People usually run along the dirt paths of the Luxembourg or Tuileries gardens. And it was fun to watch them run as I lazed on the grass with a bottle of wine.

TRUE: Smiling too much is considered a social faux pas 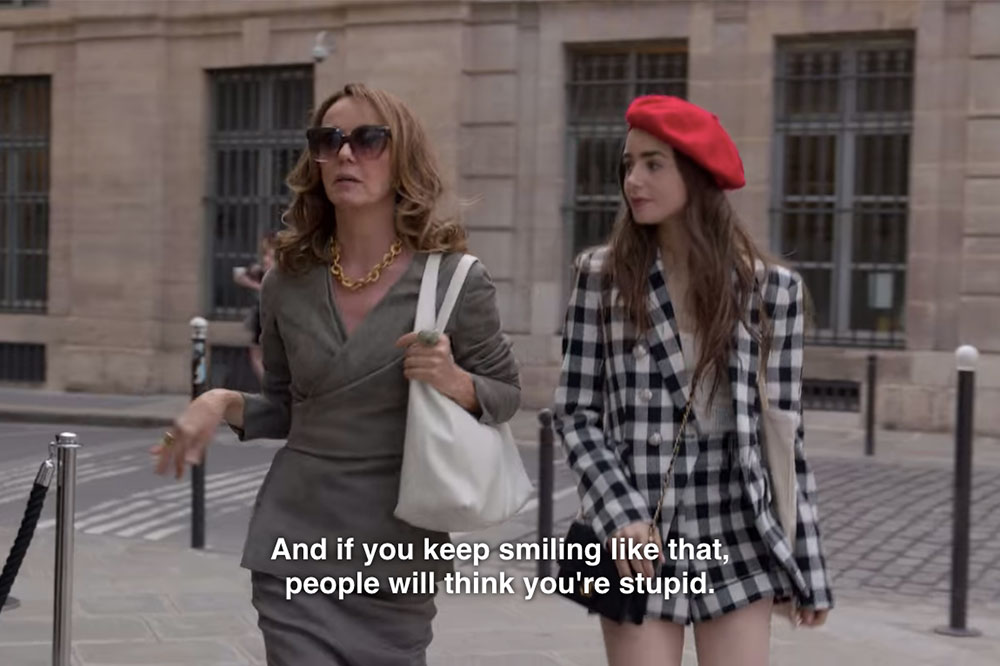 Towards the tail end of my stay in Paris, I brought an acquaintance around the city and we stopped by a boulangerie for breakfast. Never mind that she didn’t greet the lady over the counter with a “Bonjour madame”’ or spoke English to her using a tone you would reserve only for children.

What earned her a not-so-subtle stink face was her incessant nervous giggling whenever the lady tried to communicate in French. My companion remained oblivious to the cashier’s frigid attitude and continued making requests via gesturing.

By Parisian standards, she was misbehaving in public. I apologised in French and told the lady it was my friend’s first time in Paris. That was the beginning of a very long day. Till today, my acquaintance remains blissfully unaware of the social faux pas she committed. 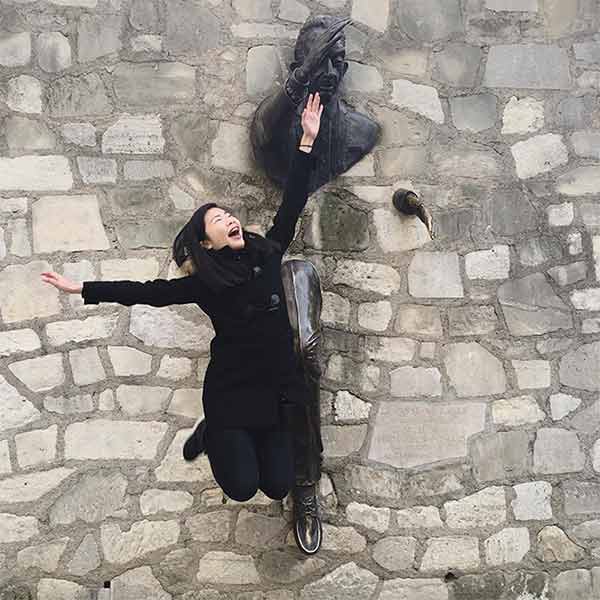 There’s a time and place to smile, this might not have been one of them

In Paris, you can laugh loudly with friends and walk in a zig-zag manner down the street, drunk out of your mind at 3am. But heaven forbid you smile too much. 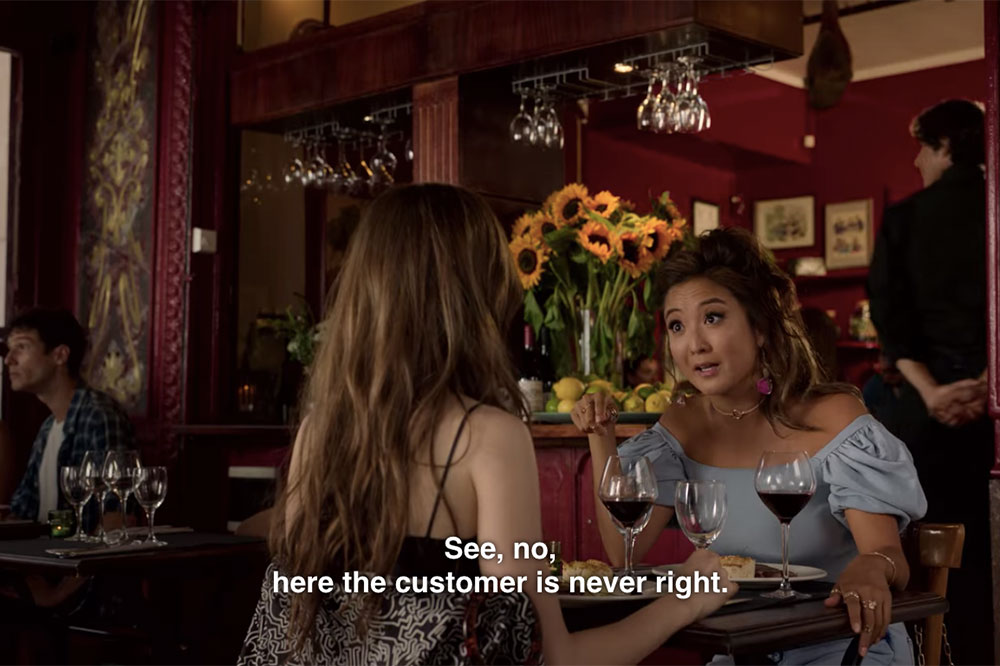 When people say “good service”, a lot of the time they’re expecting smiling waiters who tend to their every whim. They believe that ‘the customer is always right’, and go as far as to bully or pressure wait staff to get their way. 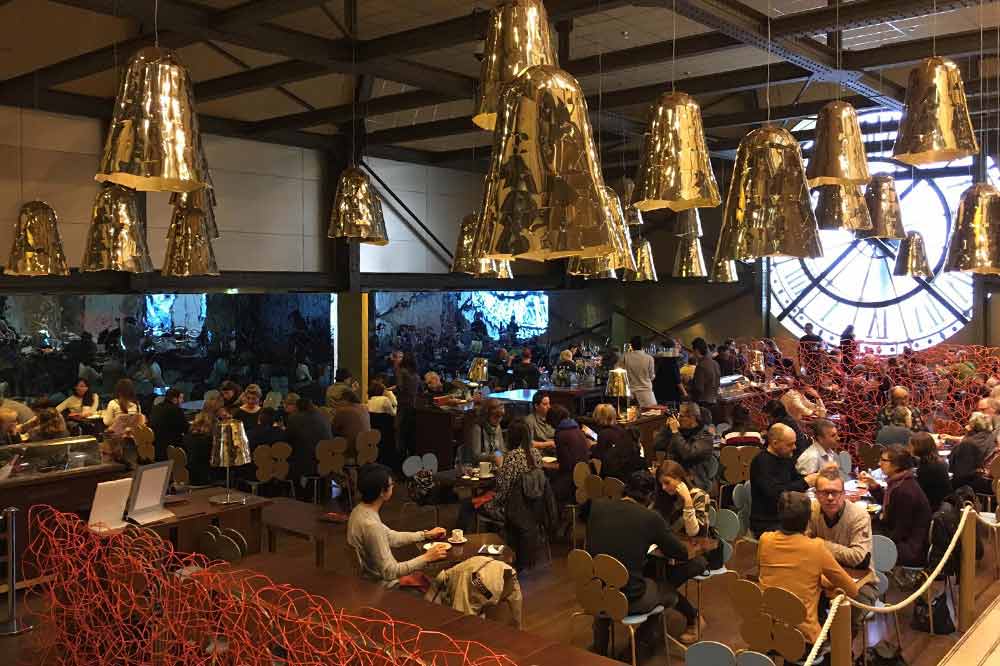 In Paris, that’s not the case. The general understanding is that a waiter’s job is to bring you food and treat you politely. If they want to go above and beyond for you, it is due to their own kindness, nothing more. That’s why I believe when people say restaurant service is bad in Paris, it’s because they’re pitting their own idea of food hospitality against the Parisian understanding.

I once asked, “When is the food coming?” and got the reply, “When it comes.” I’d be bothered if I got that answer in Singapore, but in Paris? *shrugs shoulders in c’est la vie* 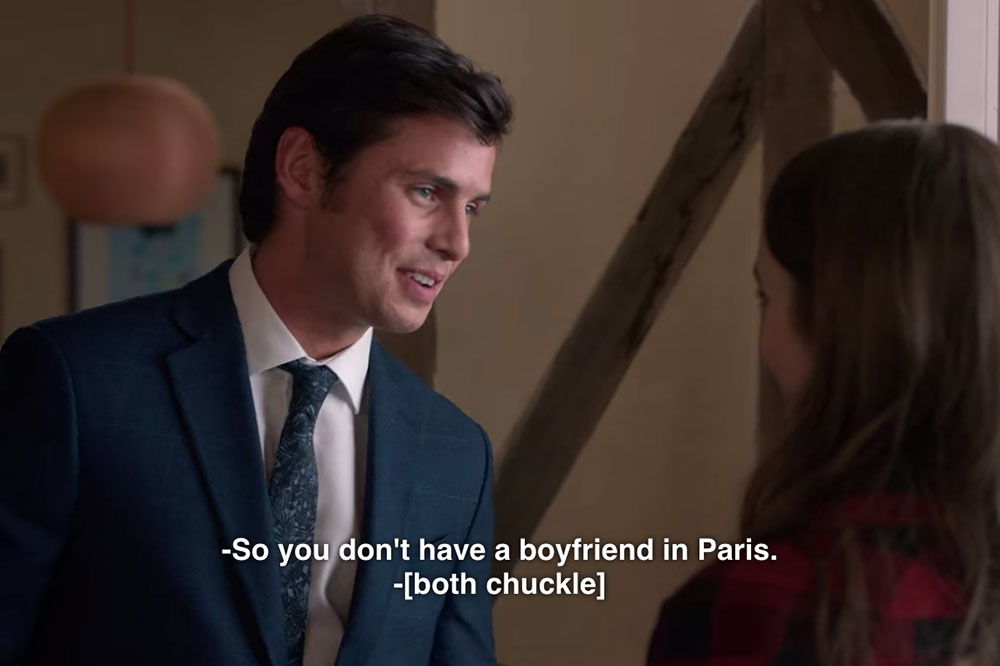 Emily in Paris presents French men as extremely forthcoming about picking you up, having sex, and wanting to see you the next day. Not everyone will flirt like their life depends on it but the men (and women) are pretty direct.

Case in point: a dude asked to borrow my pen on the metro and I lent it to him. He seemed friendly enough and we started chatting as his stop was one after mine. However, he alighted when I did and said he was going the same way. At my building, he asked me for my Facebook and suggested we go out for dinner. I said, “No, I have a boyfriend.”

His reply? “But you don’t have a boyfriend in Paris.” 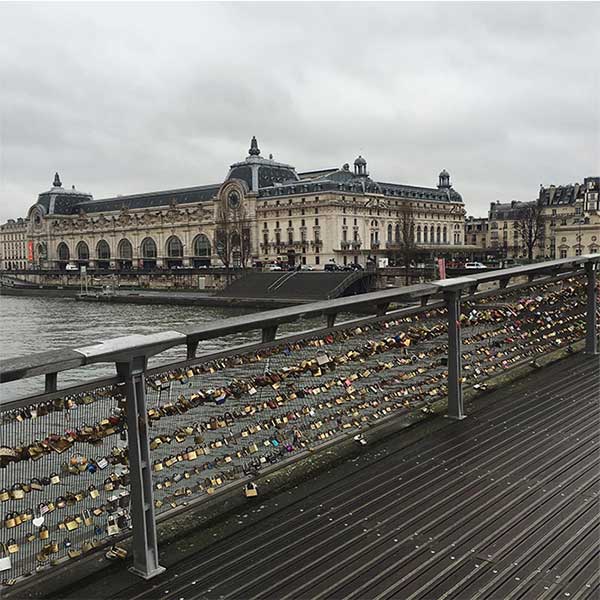 Personally, I feel putting a padlock on a bridge is the Parisian
equivalent of getting matching rings at Couplelab

MAYBE: People are mean in Paris 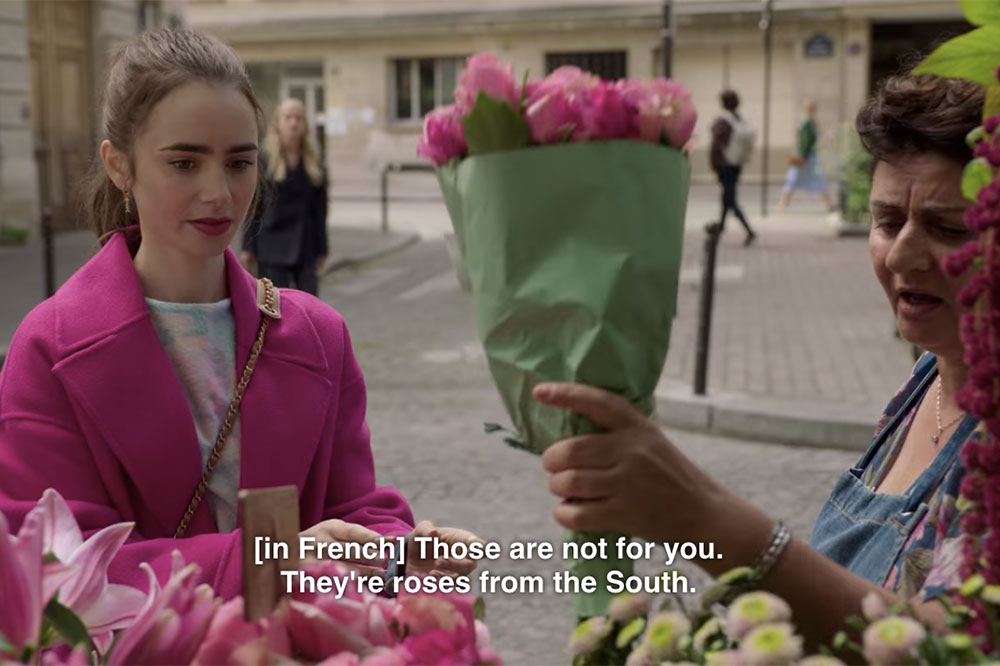 On the daily, I would encounter people who weren’t nice to me. However, they weren’t rude in such an obvious way as seen on Emily in Paris. They have more of a cool, smile-that-doesn’t-reach-their-eyes manner. If the French don’t like you, they don’t bother.

The most obvious display of this was when I ate out with friends. Waiters would stop to interact with other tables and put food down with a smile but ignore mine. But I love my dudes at Au P’tit Grec. For a bunch of crêpe-y guys, they were always nice to me

Even at tourist hotspots like the Centre Pompidou, I’d get the ‘polite’ treatment. Once, I was switching between English and trying in French to buy tickets for me and my friend.

Ticket guy: *gets tired of my English* Vous êtes une étudiante à Paris? (translation: You are a student in Paris?)
Me: Oui. *gives him my student card* Combien pour moi? (translation: How much for me?)
Ticket guy: And you don’t speak French? *tight-lipped smile*
Me: *shocked pikachu face*

Still, I wouldn’t say the majority of the people in Paris are mean. The Parisian-born are known to be mean and snobby even towards other French people who come to Paris. I’ve had French classmates laughingly tell me that all the assholes in France are gathered in Paris. Maybe, I’ve just had the bad luck of bumping into all of them.

Whether or not you agree with the Parisian stereotypes portrayed in Emily in Paris, it’s good to remember that the Netflix series is just a television show that shouldn’t be taken too seriously.

Though I didn’t live in Paris for too long, I stayed long enough to have a taste of what it’s like to be une parisienne and view the city without rose-tinted glasses. While the city is undoubtedly beautiful, it’s good to remember Paris is just like any city in the world with homeless people, metro stations that smell like pee and dog poop on street corners.

So, the next time you’re in the City of Lights, try to put your preconceived notions of Paris aside. Maybe even after you come to your own conclusions about the city, you’ll still feel like you’re living life in pink.

All Emily in Paris pictures courtesy of Netflix.

Got an interesting opinion or perspective to share? Send us a submission and you could soon be sharing your story with our readers.