When I was in primary school, I took to Disney movies with good-looking princes and princesses who fell in love and lived happily ever after. I grew enamoured with charming protagonists in chick flicks who—after countless obstacles—ended up with the man of their dreams.

Compounded by the books and Korean dramas I consumed as a teenager, I was very much a hopeless romantic.

While I never openly discussed these feelings with my friends, I often fantasised about the person I would fall for and eventually marry. 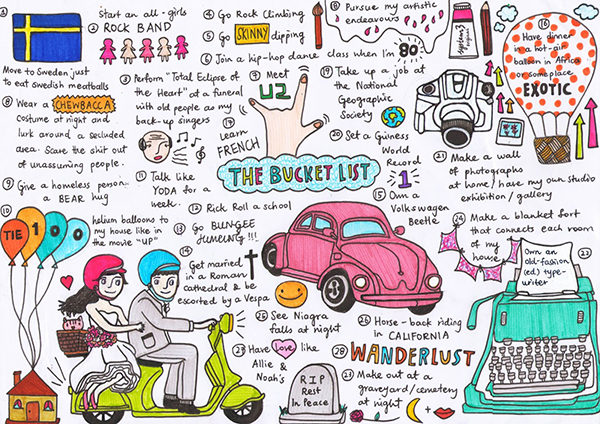 The bucket list I drafted when I was 18, detailing some of the things I wanted to experience in my lifetime

Since then, I’ve had multiple crushes, numerous heartbreaks and am now in an ongoing relationship—all in the hopes of finding ‘the One’ to spend the rest of my life with.

As a result of these experiences, many of the romantic ideals I had previously clung to fiercely, started to mellow over the years.

The younger me would have wanted an elaborate wedding in a Roman Cathedral, a sparkly white gown, gorgeous décor and hundreds of guests. However, the me now questions if that’s truly necessary.

While I’ve not entirely given up on the fantasy of a fairytale ending, I’ve come to realise that there’s more than one way to get married.

I’d rather spend on the honeymoon and home

Weddings in Singapore aren’t a cheap affair, especially when it’s often viewed as a measure of one’s affluence and standing in life.

For middle-class Chinese Singaporeans, it’s almost a given for wedding banquets to be held at a hotel or high-end restaurant.

This doesn’t include other expenses such as the price of the bridal package, wedding bands and wedding photography, adding up to thousands more.

As a millennial who’s likely to be stuck with an entry-level income for the next few years, this is an exorbitant sum I’d rather forfeit.

While I’m certain my parents would be more than willing to chip in for the wedding, I’d rather spend the money on my honeymoon or home renovations.

Weddings aren’t only for the couple

While some might love being able to walk down the aisle and have googly-eyed friends and extended family gawk at them, I’d prefer to have a more intimate celebration with my immediate family and a few close friends.

Both my partner and I are introverts. The thought of attending a large-scale social event with guests we barely know makes us uncomfortable.

It’s also in my personality to overthink. A wedding would cause me to over-analyse anything and everything—from the photographer and music played, right down to the flavour of cake I’d have.

Stressing over even the tiniest detail out of place could possibly occur and take the enjoyment out of my special day immensely.

Respect for the older generation

More than just a popular tradition or rite of passage, weddings aren’t just a celebration of two people who have chosen to love and commit to each other for life.

Many couples in Singapore choose to have a wedding out of respect for their elders. As such, many decisions made about the wedding would be made in their consideration, from the tea ceremony style to the amount of dowry.

As much as I love my family, I don’t fancy the idea of having to invite people out of obligation. Neither do I want to have to worry about the people who may feel slighted if they don’t receive an invitation.

Having overheard all the buzz and chatter at wedding receptions I’ve attended, no matter how beautiful the wedding, tongues may wag.

If you look fat in your dress or if you don’t have the right menu options, you could be judged by the attendees. The thought of being the subject of all this unwanted talk makes me shudder.

Marriage takes place in the heart

Though a wedding is a wonderful, memorable, once-in-a-lifetime experience for most, it’s not a prerequisite to marriage.

As quoted by Barbara De Angelis, “The real act of marriage takes place in the heart, not in the ballroom or church or synagogue.”

“It’s a choice you make not just on your wedding day, but over and over again—and that choice is reflected in the way you treat your husband or wife.”

At the end of the day, if you prefer a grand ceremony, go for it. Ultimately, what determines the success of a marriage is commitment, love, forgiveness, trust and mutual support, among a host of other things. 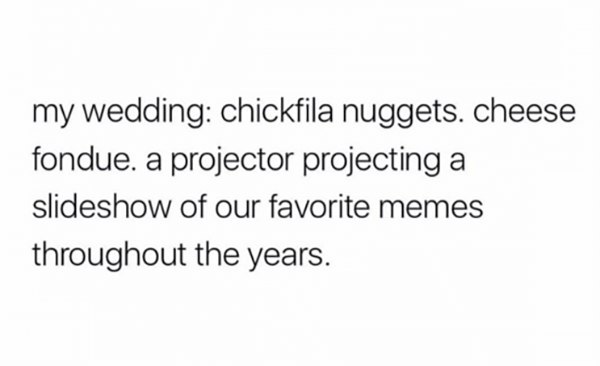