The Penthouse: War in Life

Warning: The Penthouse season 1 and 2 spoilers ahead!

The Penthouse: War in Life is an intense soap-like K-drama that digs deep into issues such as corruption, bullying, murder and more. You’d be lying if you said you didn’t gasp at least once every episode.

The Penthouse revolves around the families living within Hera Palace, a luxury apartment complex where only the richest in Korea live. That’s not the end to the elitism. Each level in Hera Palace is symbolic of the social status of the residents. The higher up your apartment unit, the higher your status.

This is not your typical fairytale, too-good-to-be-true K-drama storyline; all the violence and blood make it nearly too morbid to watch. However, The Penthouse isn’t just a visual nightmare. It’s almost an exaggerated form of reality for viewers as we reflect on whether we’d be any different in the same situation.

“A mum should do anything for her child” 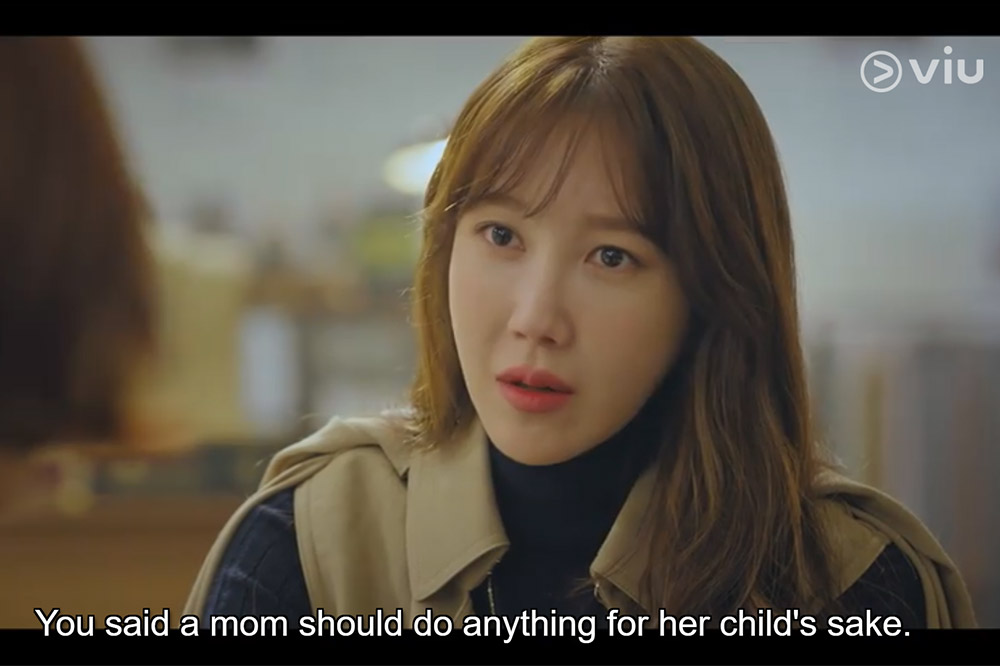 Shim Su Ryeon (Lee Ji Ah), Cheon Seo Jin (Kim So Yeon), and Oh Yoon Hee (Eugene) are 3 mums who love their children dearly. The storyline revolves around the theme of a mother’s love. If you’ve seen the series, you’d likely be familiar with the famous one-liner: “A mum should do anything for her child”.

But the three mums take it to a whole other level. Shim Su Ryeon is persistent in seeking revenge for her biological daughter Min Seol Ah’s death, eventually causing the epic downfall of everyone involved.

Cheon Seo Jin also goes to great lengths to make sure her daughter becomes the top in Cheong Ah Arts High School. She commits to bribery, kidnapping and more, just so that her child wins the Cheong Ah trophy. To Cheon Seo Jin, what she does is all in the best interest of her daughter.

Oh Yoon Hee, the underprivileged, hardworking mum who seems to live an honest life, is revealed to be the real culprit behind Min Seol Ah’s death. In her drunken state, she shoves Min Seol Ah off the 47th floor of Hera Palace, in order to open up a spot in Cheong Ah Arts High School for her own daughter, Bae Ro Na, to attend.

At the bottom of it all, these mums love their children to the point where nothing else matters. Love manifests in different ways—even ugly and gruesome ways—when the person you love is forced to a corner.

Humans are no better than animals 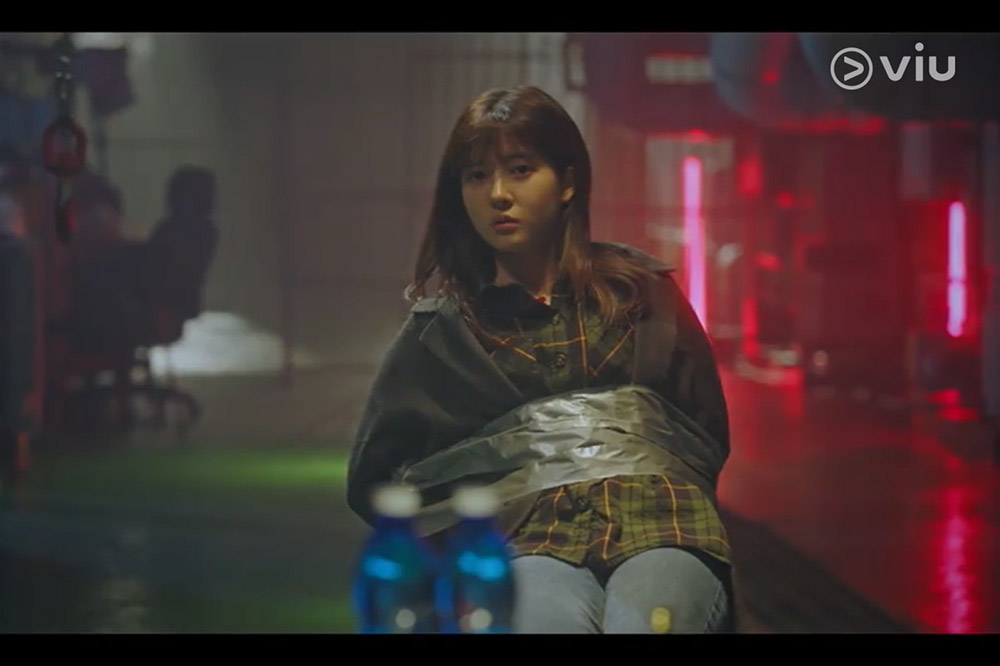 Prey after prey after prey, the rich kids of Cheong Ah Arts High School—with all the money and ability to pick up any hobby in the world—choose bullying as a full-time sport. Min Seol Ah (Jo Soo Min) is the first to become hunters’ game. 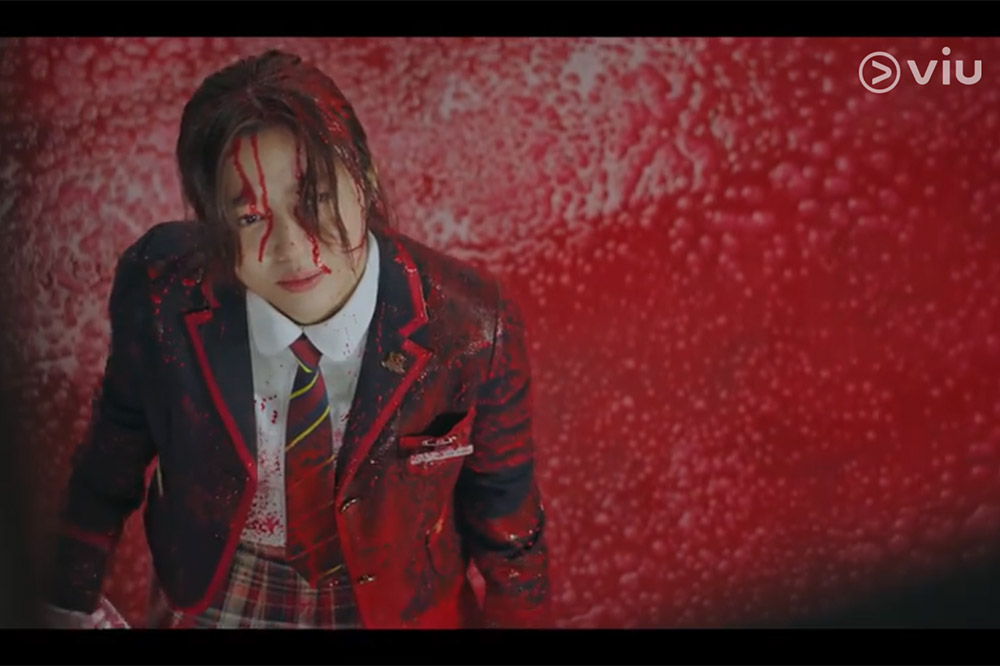 When she is brutally murdered, the vacant spot is taken up by Bae Ro Na (Kim Hyun Soo), who is bullied throughout her time at Cheong Ah Arts High School. After Bae Ro Na leaves the school, Yoo Jenny’s (Jin Ji Hee) former friends turn on her as she becomes their next prey.

With the recent light shed on Ngee Ann Polytechnic’s student hazing rituals, it seems that anyone can become a perpetrator, no matter how innocent and upright you believe yourself to be. Gustave Le Bon, a French anthropologist, psychologist and sociologist, had this to say in his work, The Crowd: A Study of the Popular Mind:

“He will be the less disposed to check himself from the consideration that, a crowd being anonymous, and in consequence irresponsible, the sentiment of responsibility which always controls individuals disappears entirely.”

It is this lack of a sense of responsibility that exemplifies one’s tendency to engage in group lynching, and everyone can fall into this behaviour if they are not clear on what crosses the line. Trying to fit in with the angsty crowd while benefiting from the anonymity it gives often lends you a pseudo form of power, and incites unethical acts that you would otherwise not dare to commit alone.

Cancel culture and cyber-bullying are local phenomena sometimes involving a blend of mob mentality and pluralistic ignorance. A situation where individuals try to fit in by following a norm that no one believes, but everyone thinks that everyone believes. Between the mob mentality of humans and the herd mentality of animal predators—what sets us apart?

Behind every guise hides something deeper 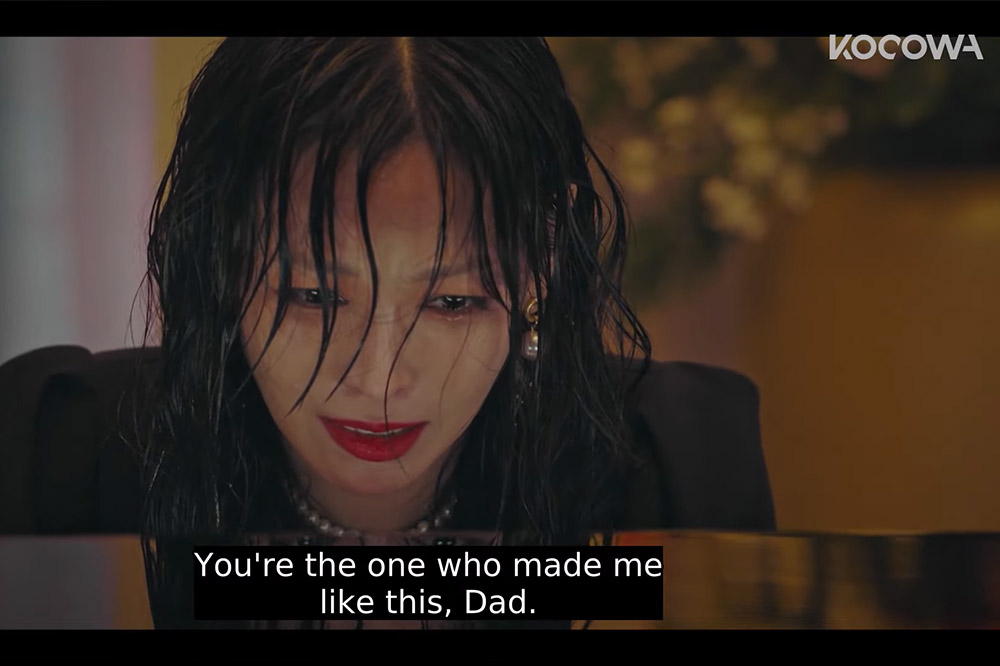 Cheon Seo Jin, the high and mighty director of Cheong Ah Arts High School, has a dark past. As a child, her father’s strict parenting takes a toll on her. At the peak of her competitive streak in high school, she uses the Cheong Ah trophy to slash the neck of her rival Oh Yoon Hee. 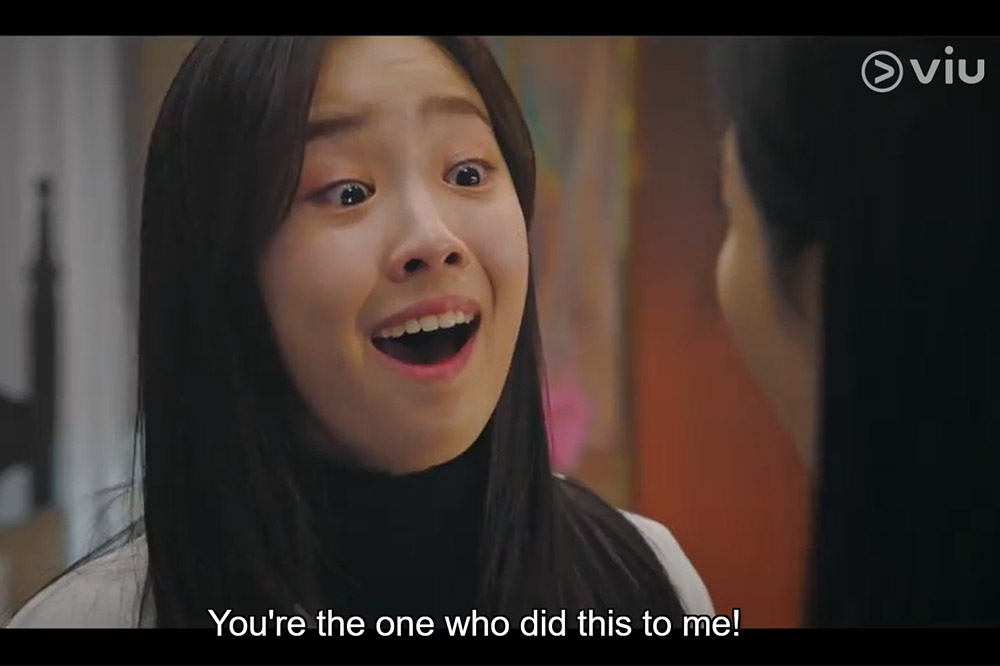 The idiom “like mother, like daughter”, could not be more hauntingly accurate. Cheon Seo Jin’s daughter Ha Eun Byeol (Choi Ye Bin) also attacks Oh Yoon Hee’s daughter Bae Ro Na with the same Cheong Ah trophy out of jealousy. Cheon Seo Jin uses tough love to force her daughter to be the person she failed to become. Ultimately, this turns Ha Eun Byeol into a mentally unstable teenager who has frequent hallucinations and overdoses on drugs.

Tough love, tiger mums and helicopter parenting are common in Singapore. Those factors, combined with a uniquely Singaporean kiasu syndrome, and the Asian child’s filial piety, see many of us end up like Ha Eun Byeol—overly stressed, competitive, and possibly restrained from choosing a path less travelled.

The effects of these are obvious in Singapore’s tuition culture and the ever-so-stressed students. And if you’ve ever accused someone of being a snake, then you’d know first-hand the hyper-competitive spirit locally.

The hate you give finds a way back Logan Lee (Park Eun Seok) and Shim Su Ryeon (Lee Ji Ah) team up to avenge the death of Min Seol Ah. But before Logan Lee acts on impulse, Shim Su Ryeon tells him that everything will remain equally horrible if they return an eye for an eye.

Although they end up with a plot for revenge anyway, Shim Su Ryeon’s approach is not to kill the antagonists as they have done to her daughter Min Seol Ah, but to serve them justice through the legal system.

Shim Su Ryeon’s point here is that there is no need to return the hate we receive in the same way. But it doesn’t mean we have to tolerate such treatment and take them sitting down. Author Angie Thomas, in her book, The Hate U Give, asks a rhetorical question as a call for action:

“What’s the point of having a voice if you’re gonna be silent in those moments you shouldn’t be?”

It is only human to pick the path of least resistance, and it’s sometimes easier in the moment to keep silent. You don’t get a perfect, problem-free life, but in every moment, you get to choose your struggle—endure or speak out.

Whatever you do, someone else would probably do the same as well, and that’s what makes it human nature.

The Penthouse K-drama is a sensational makjang (extreme, over-the-top) serial, but there is some truth to every exaggeration. We can expect the K-drama to continue to reveal aspects of human nature that are all too real as season 3 makes its way to our screens soon.