Whether you’re a millennial or a Gen Z kid, you’ve no doubt heard of SpongeBob SquarePants. If you used to religiously watch the cartoon everyday after school, then prepare for a blast of nostalgia. Vans will be teaming up with SpongeBob SquarePants on an upcoming streetwear collection inspired by the series.

The Vans x SpongeBob SquarePants collection will be released in June and will comprise items like sneakers, sweatshirts and backpacks. Read on for a preview of some of the products you will be able to cop. 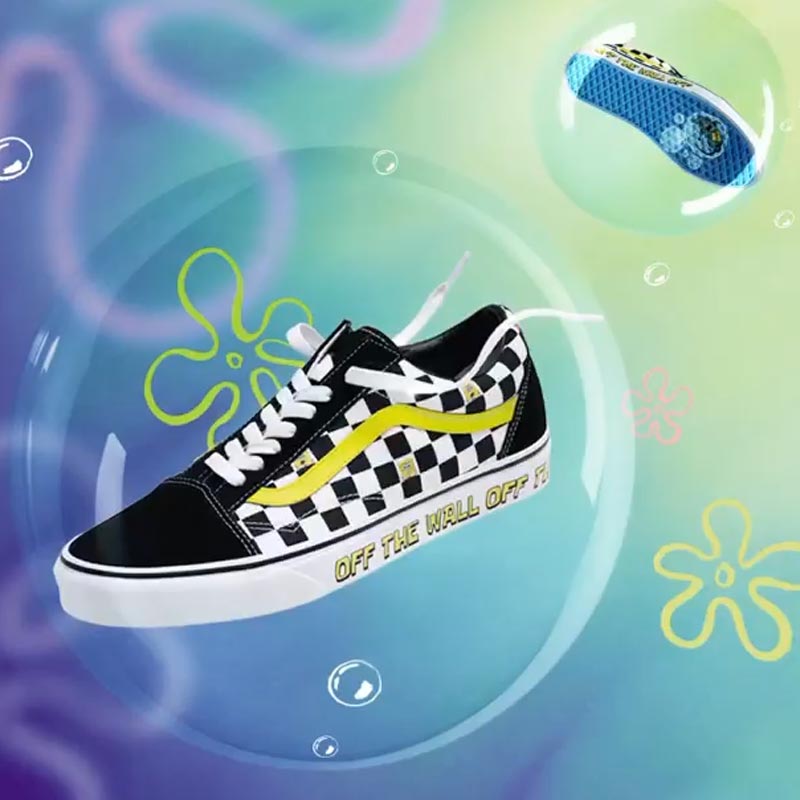 Vans’ Old Skool line of sneakers are so popular that the appearance of the shoes itself might be synonymous with the brand name. Fans of classics will be glad to know that the iconic model will be revamped and featured in the Vans x SpongeBob collection.

The usual white stripe across the shoe’s side is replaced with a yellow one which is complemented well with Vans’ signature checkerboard prints. Some of the grids are decorated with adorable graphics of SpongeBob, adding to the quirkiness of the shoe. On the midsole, you will find Vans’ slogan in yellow as well. 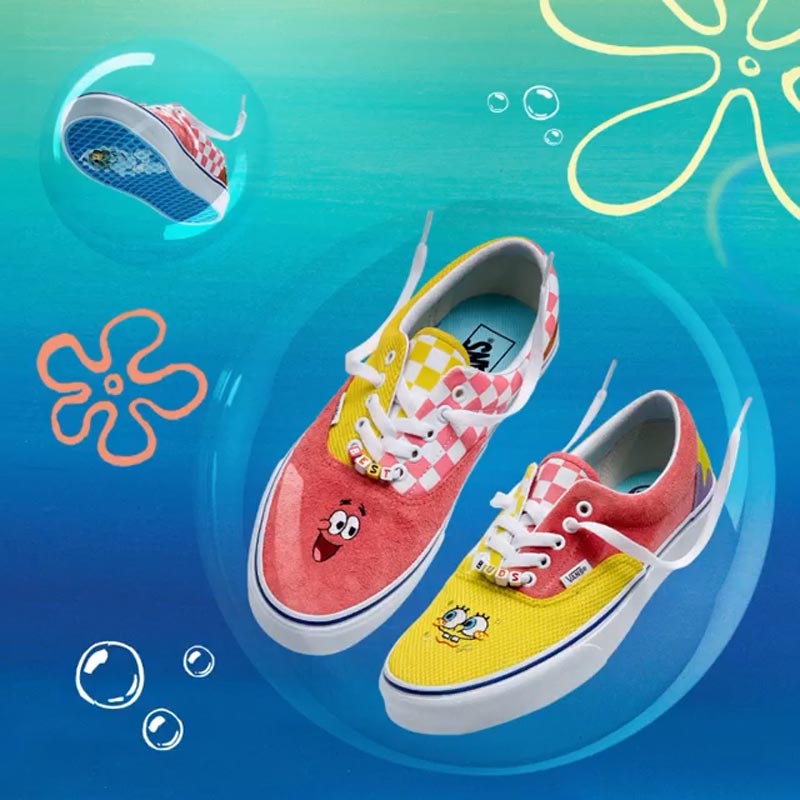 Name a more iconic duo than SpongeBob and Patrick Star, we’ll wait. Just like how the 2 get up to all sorts of antics in the show, their remix of the Era model oozes personality.

There is a lot going on with the sneakers. They boast mismatched colours, pink and yellow checkerboard prints, SpongeBob and Patrick’s faces, and beads that read “Best Buds” on the laces. Even the back of the shoes has a design similar to Patrick’ s pants. 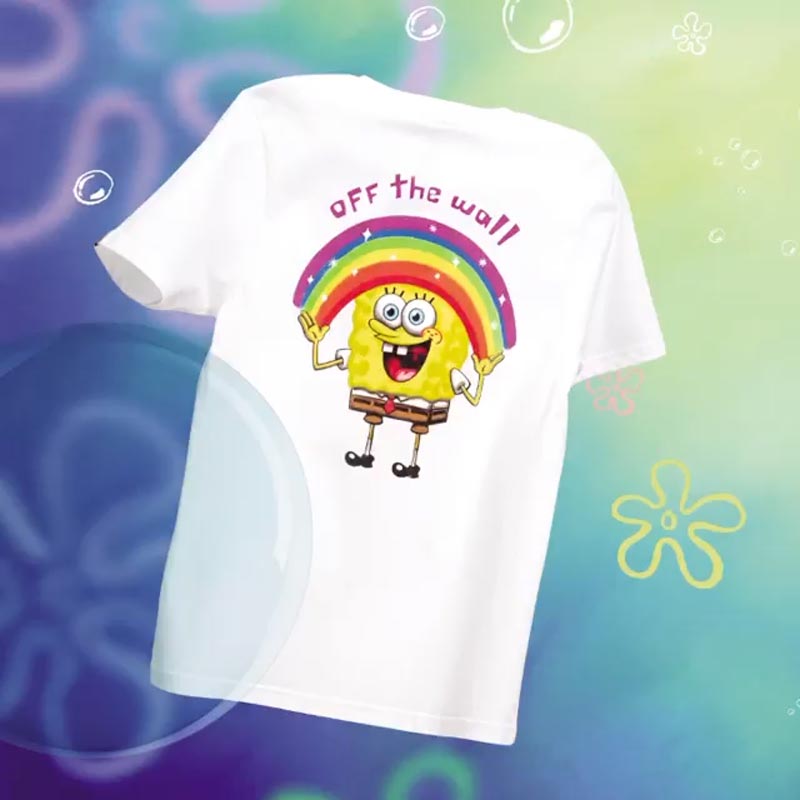 This t-shirt references an episode where SpongeBob and Patrick use their imagination to play with an empty box. In this episode, SpongeBob would constantly draw a rainbow over his head when he says “Imagination”. 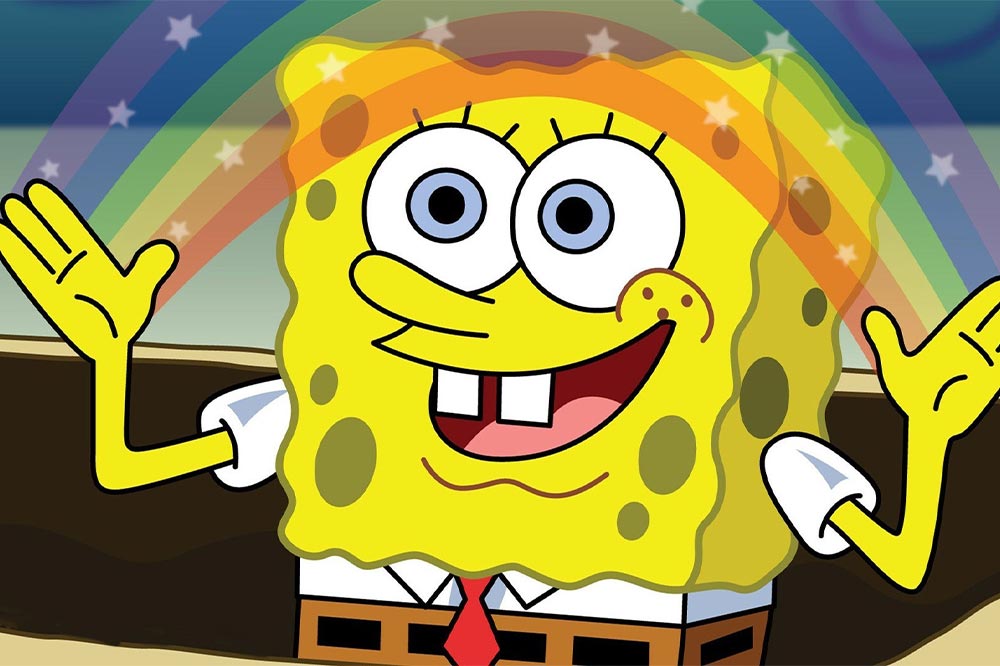 The episode also spawned a famous meme. Getting this t-shirt might just make you feel like you’re wearing a piece of internet history. 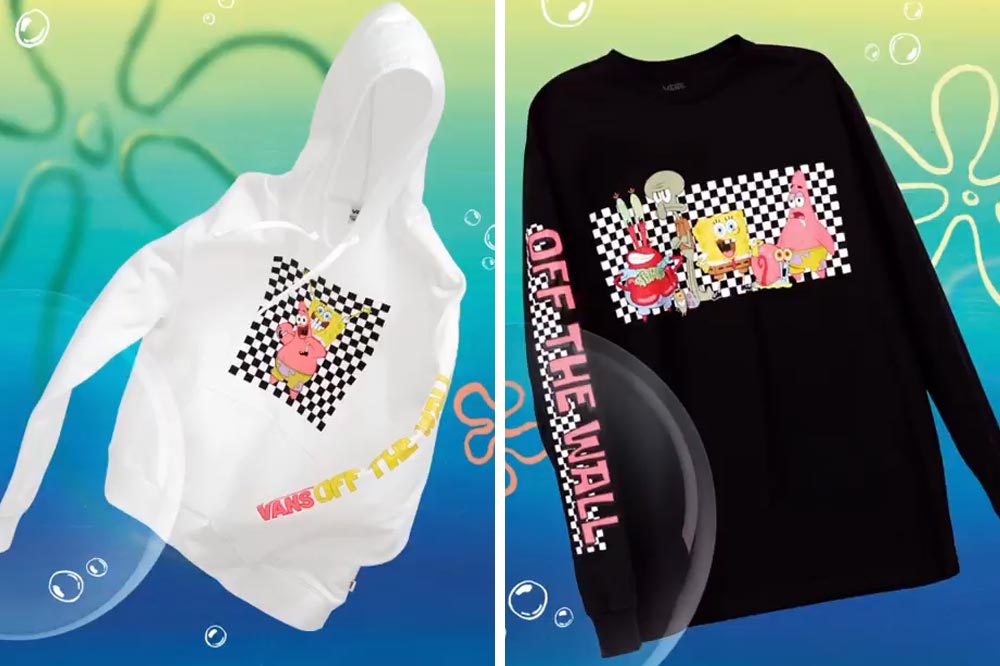 Keep it cosy while you WFH with the Vans x SpongeBob sweatshirt and hoodie. Both pieces sport checkerboard prints and the brand’s slogan “Off The Walls” on one of the sleeves.

On the sweatshirt, other characters such as Mr. Krabs, Gary the Snail and Squidward join the party. Hands up if you relate to Squidward more than you vibe with SpongeBob and Patrick the older you get, like I do. 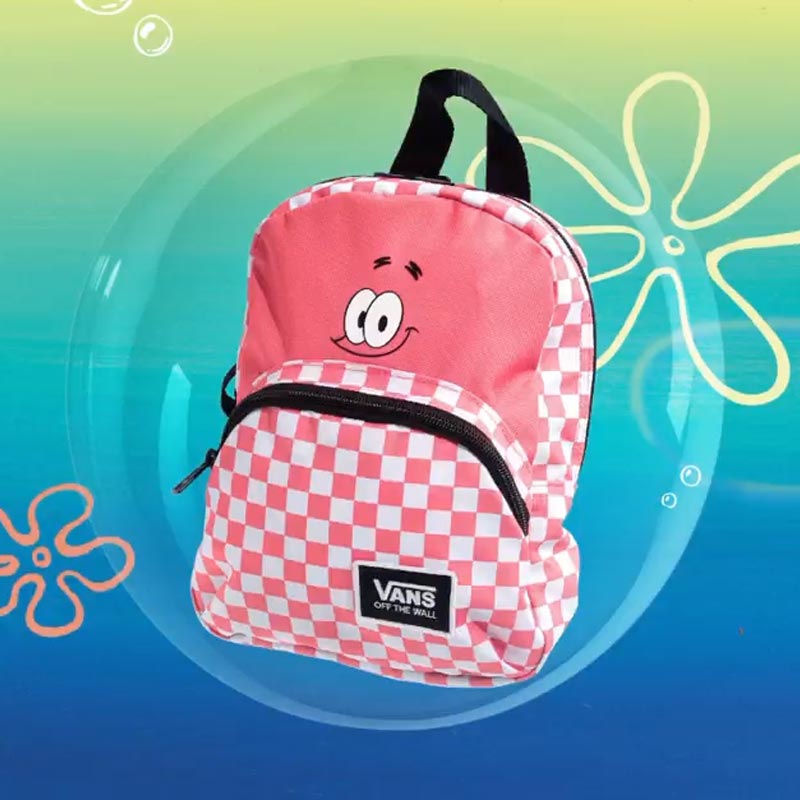 Rounding up the Vans x SpongeBob collection is the Patrick Star backpack. The combination of the pink checkerboard prints and the graphic of Patrick’s face makes this backpack an attention-grabbing statement piece on any ensemble.

Though the brand has confirmed that the Vans x SpongeBob SquarePants collection will launch in June, a specific date has yet to be confirmed. For updates on when the line will drop, follow Vans Singapore’s Facebook page or sign up for alerts on its website.

In the meantime, you can check out the recent Adidas x The Little Mermaid sneakers for more “Under the Sea” type merch.