Trashy reality TV may not be everyone’s cup of tea, but I know there are people like me who enjoy watching people throw shade at each other on the screen. With Bling Empire back for its second season, I knew I had to binge-watch all 8 episodes to find out what’s the latest cup of tea.

Surprisingly, apart from the drama that happened this season, the reality TV show also taught me lessons on love and life. Continue reading to find out what they are.

Warning: Spoilers for Bling Empire Season 2 ahead, proceed at your own risk if you’ve yet to watch the series!

1. Some people will create drama for no reason 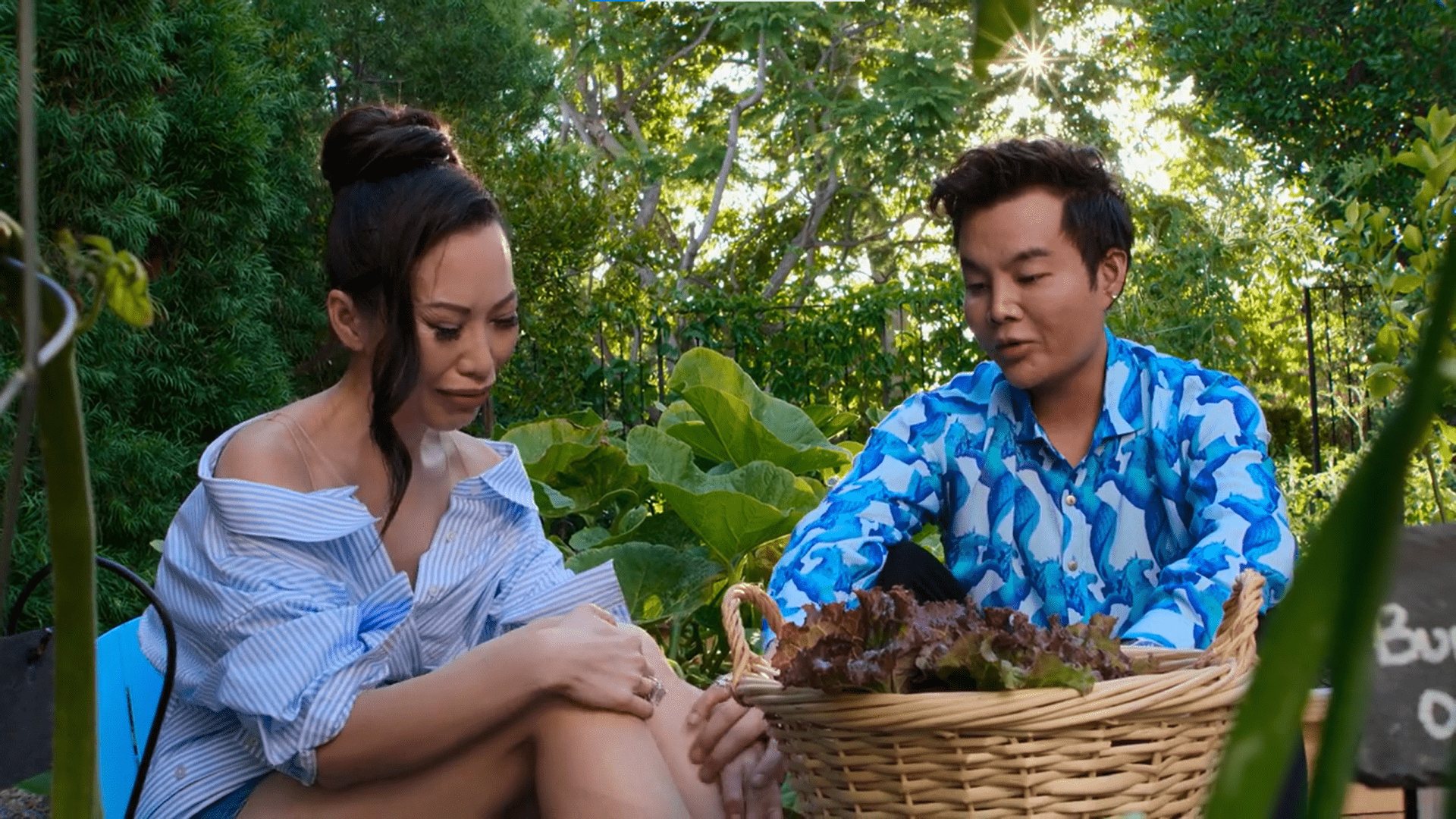 Since the first season of Bling Empire, viewers like me could tell that Christine and Anna barely see eye to eye. Looking at how the two interacted in this season, I’m guessing the rivalry between the two socialites will never come to an end.

Christine claimed that she received a phone call from a close friend, who said that Anna had threatened to end her. When she confessed to Kane about how scared she was, Kane was suspicious of the situation. He felt that Anna wouldn’t waste her time taking Christine down, and that it could be Christine creating drama.

Anna later denied the accusations, and shared with Kane that she had also heard similar rumours, and it was Christine who wanted to take her down instead. Whether it was Christine making things up, or Anna really wanting to “destroy” Christine, we will never know for sure. Either way, it shows there are indeed people around who love creating drama.

2. Give your date a chance to speak 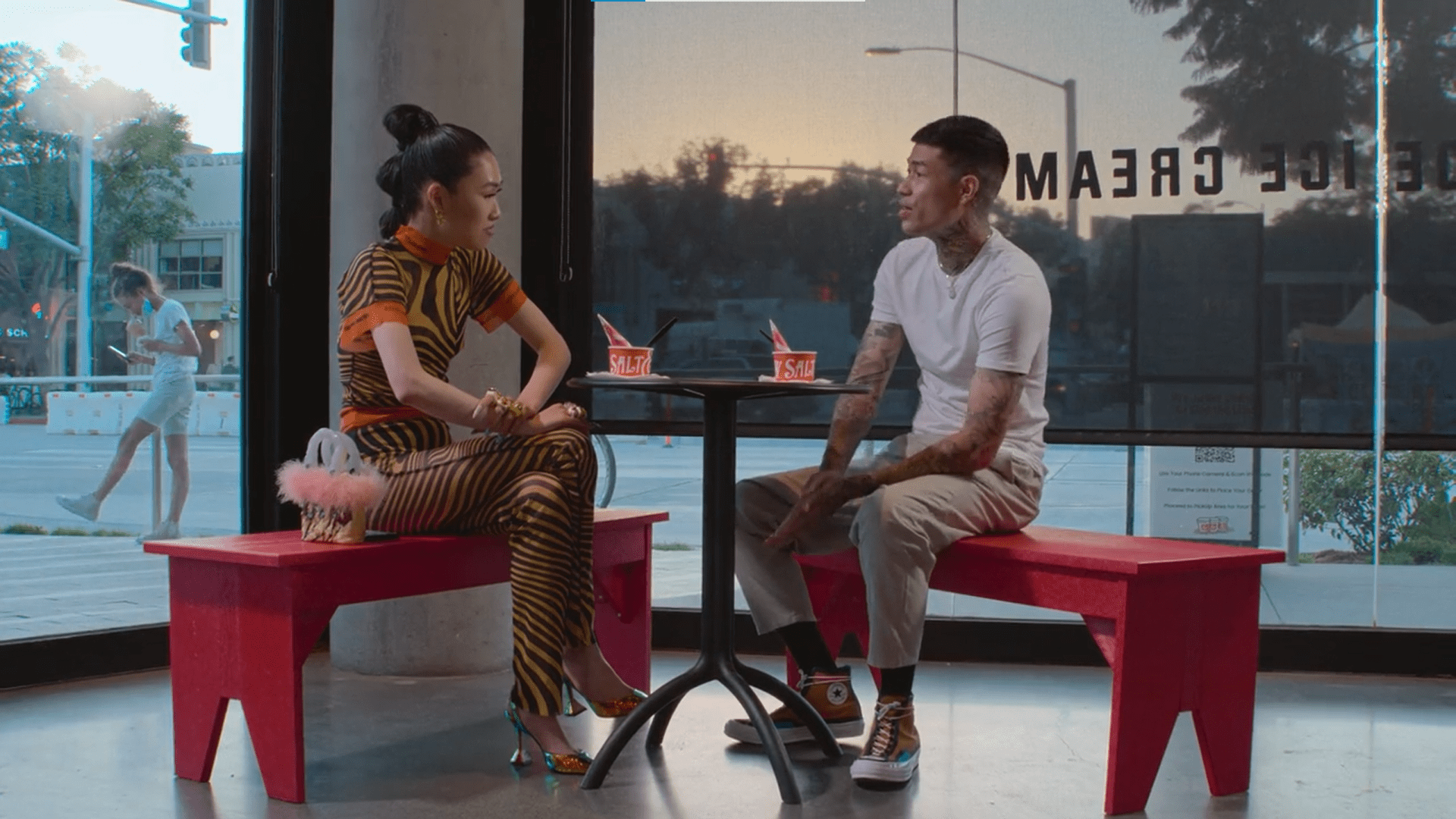 As the youngest cast member on Bling Empire, Jaime revealed that being in a relationship isn’t her priority ‒ she prefers to focus on things like her fashion career. However, Jaime eventually heeded Dorothy’s relationship advice by going on a date with a cute store assistant, Adam, whom she met while shopping with Dorothy.

The two met up in an ice cream eatery, and TBH, I was expecting to see sparks form between them. But Jaime shocked me with the way she babbled on, without giving Adam the opportunity to speak. To give her the benefit of the doubt, Jaime could’ve been nervous about being on a date – or she could just be bad at reading the room.

In the end, Adam said that he had to leave because of “an appointment with a friend”. This suggests how he was trying to get out of the date, and there’s a chance that he might not ask Jaime out again.

3. Some husbands will do anything to please their wives 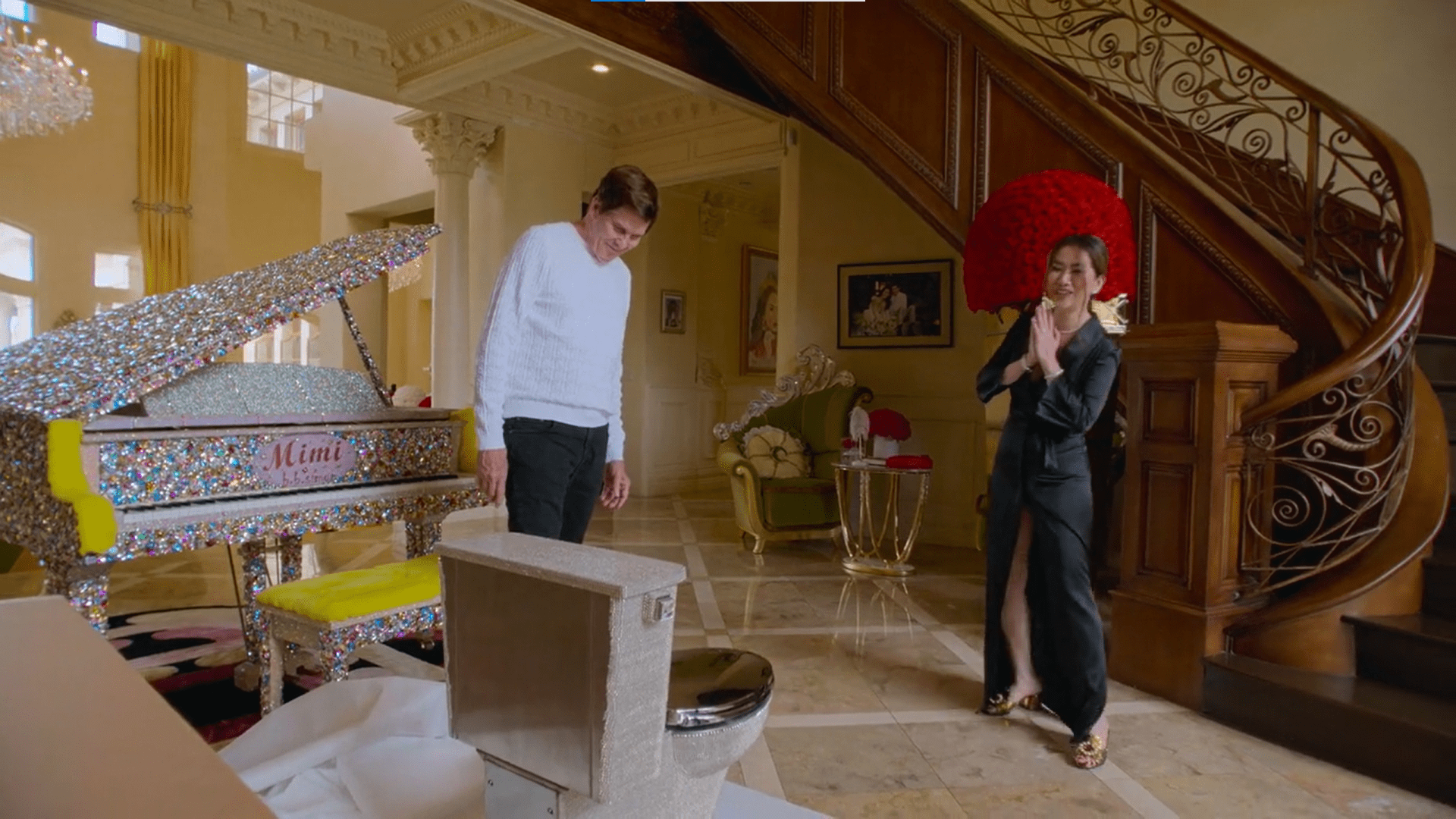 Don loves making Mimi happy, and he would literally do anything just to please her. ICYMI, Mimi admits to being OCD about cleanliness, and she freaks out whenever she sees pee stains on their toilet seats, courtesy of her son Skyler. When Don found out it was stressing Mimi out, he surprised her with a toilet seat that he had designed, embellished with Swarovski crystals.

While he did see a smile on Mimi’s face, Mimi insisted on Don promising her that he would set a good example for Skyler by sitting down to pee – or she wouldn’t accept her new toilet seat.

Don was reluctant at first, but eventually gave in. I guess he subscribes to the logic of “happy wife, happy life”, even if he had to do things he didn’t want to. 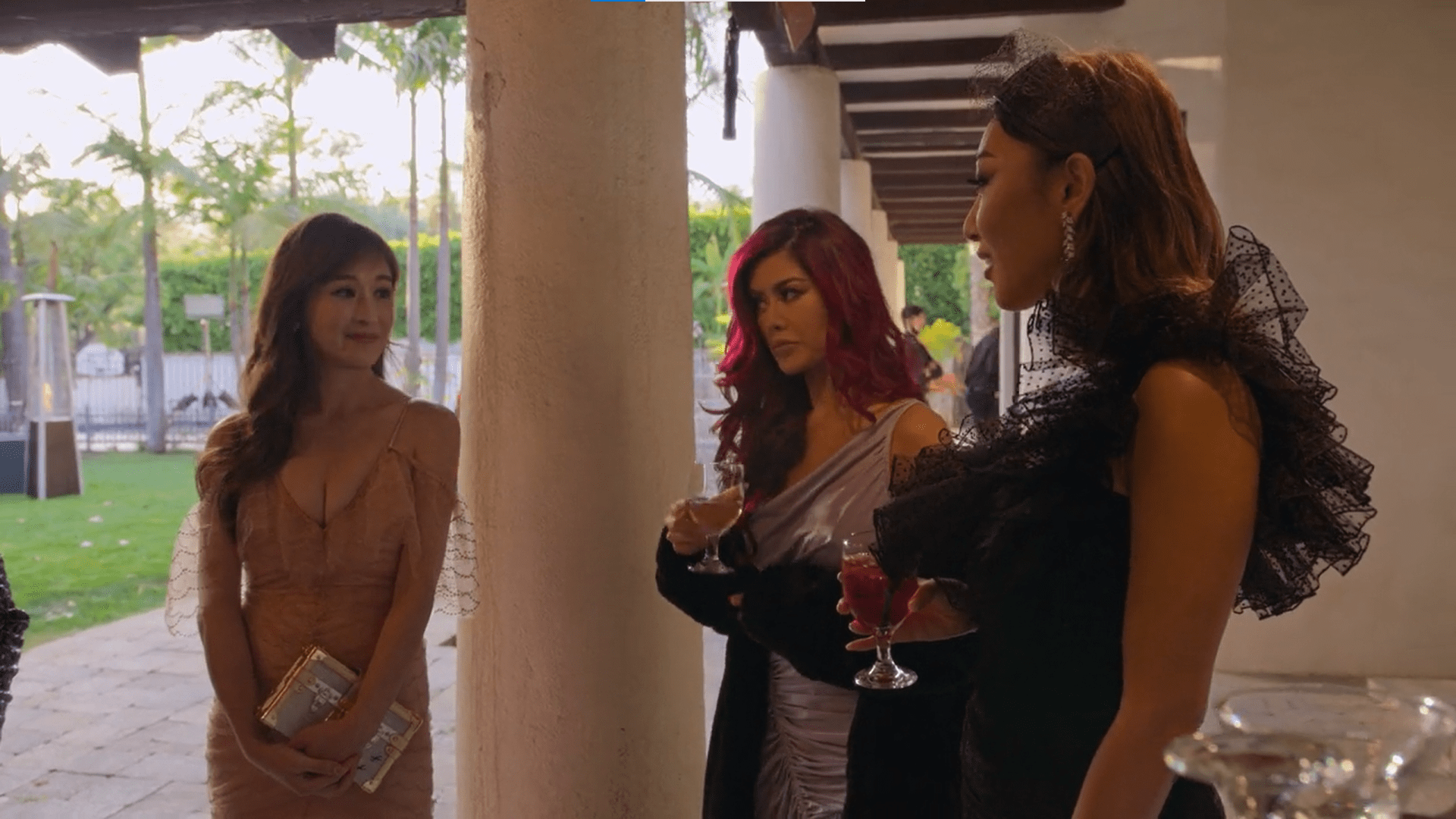 Rumours will always spread like wildfire, getting worse along the way.

The sophomore run of Bling Empire has had a fair share of surprises, like the time when Kane was shocked to learn that Jessey has another family, and that Cherie dated Jessey even though she knew about it. Even though it was not Kane’s place to step in and share the unproven rumours, he told the rest of the gang about it, fanning the flames of these rumours.

In the end, the Bling Empire cast found out about something that was only supposed to stay between Jessey and Cherie. All I can say is: be careful who you share your secrets with.

5. Don’t poke your nose in other people’s business 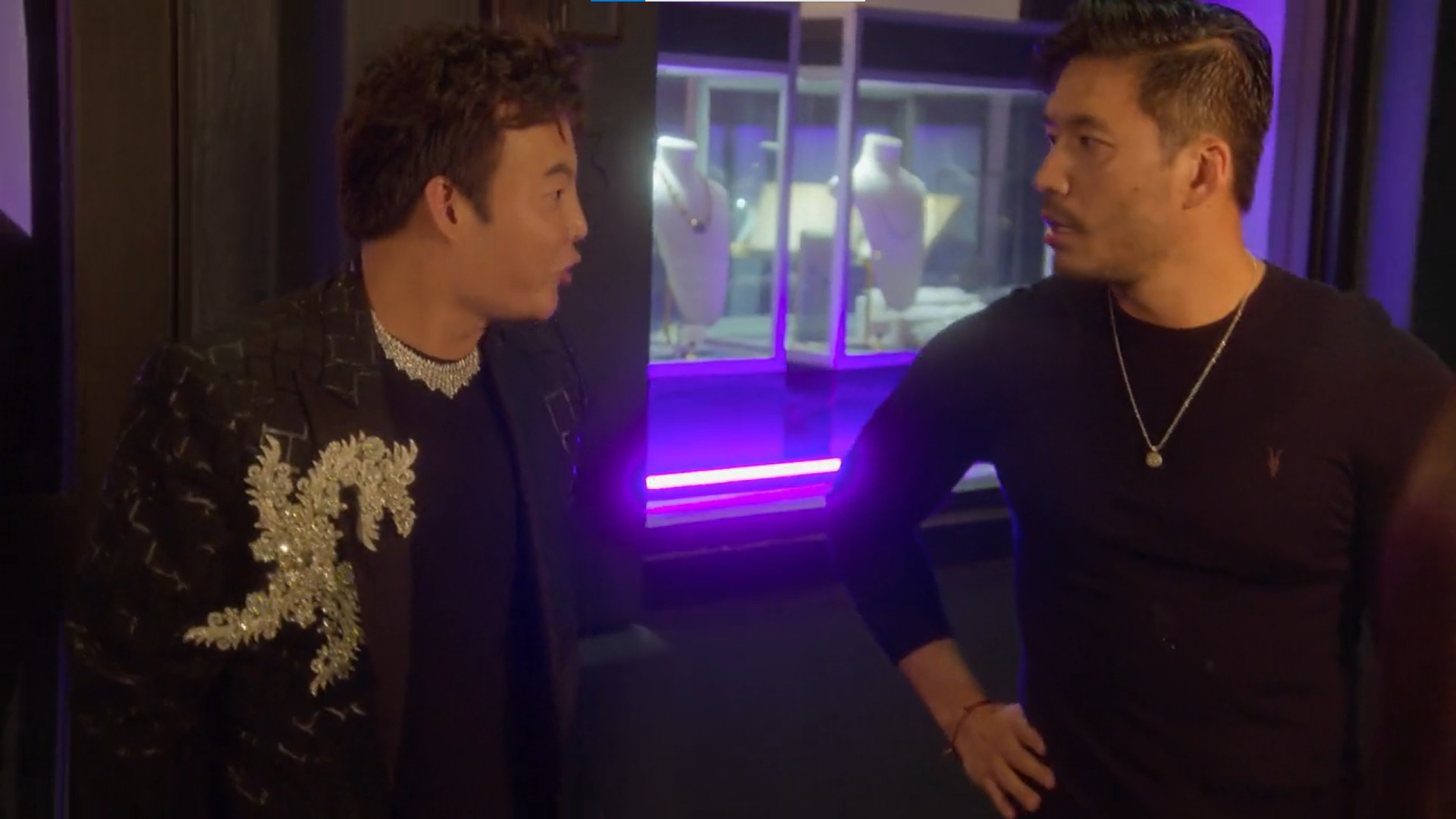 Kane and Kevin having a heated argument that involved Kim

Imagine how you’d feel when your best friend deliberately jeopardises the opportunity to be with someone you are serious about. Chances are, you would feel frustrated and wronged, especially if the person was spreading groundless rumours. That was how Kevin felt when he realised Kane was saying negative things about him to Kim.

If it wasn’t bad enough that Kane was poking his nose into Kevin and Kim’s business, he also misled Kim about Kevin by sharing the wrong information. In the end, Kevin felt betrayed by Kane, and realised that he needed to re-evaluate his friendship with him.

Nothing good ever happens when you meddle in things that don’t involve you. 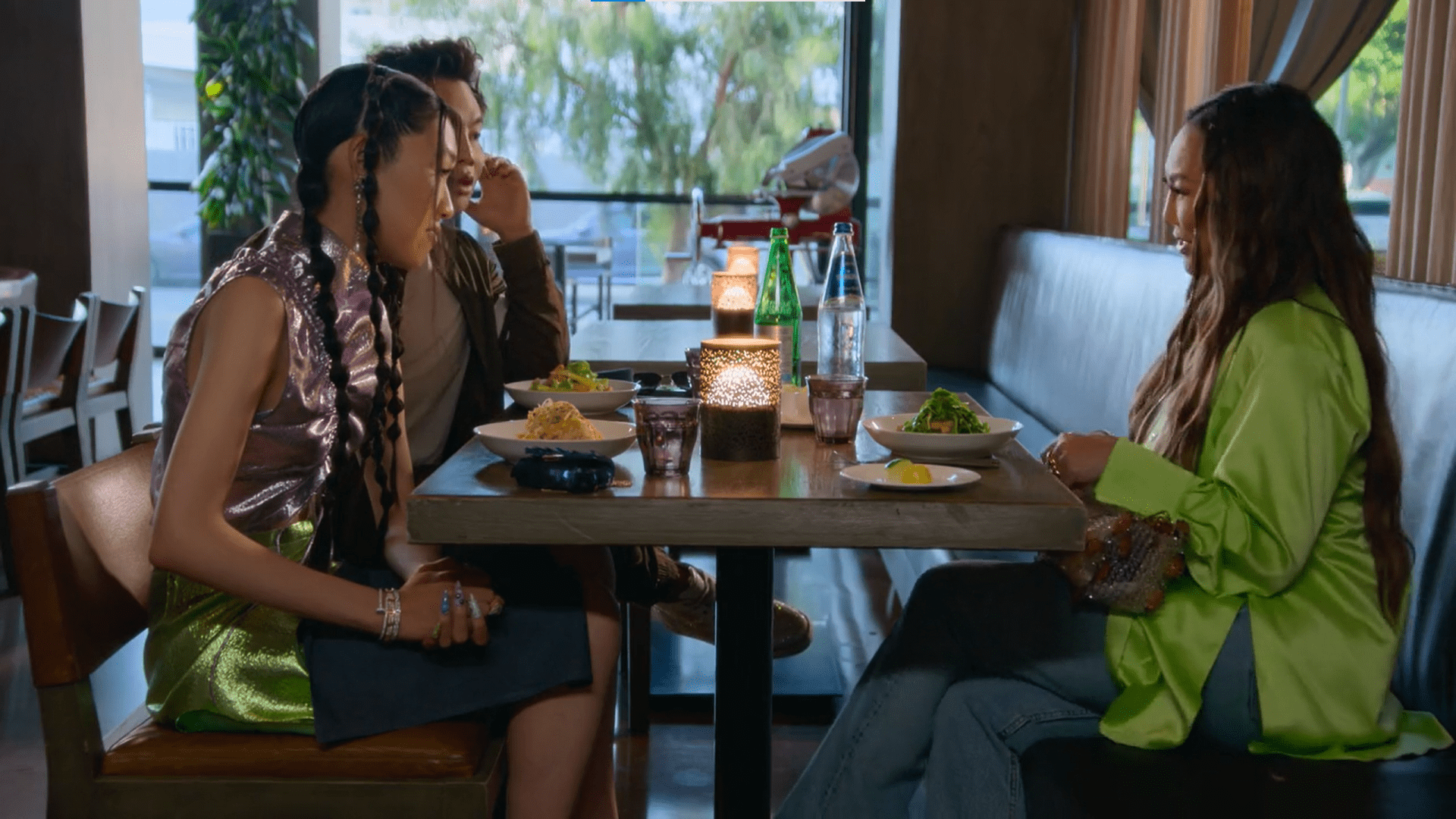 When the trailer for this season of Bling Empire first dropped, I was looking forward to learning about the beef between Kane and Dorothy. The latter’s attitude towards Kane suggests something must have happened between them in the past. After all, Dorothy revealed that “Kane has been trying to get lunch since 2011, and [she’d] rather fast for 87 days straight”.

While Dorothy didn’t divulge the full reason behind her dislike for Kane, Jaime surprised her by inviting Kane for lunch. In a bid to make things less awkward, Kane started with a friendly conversation by pointing out how they were all colour-coordinated. He even tried to bond with Dorothy by sharing that he also has a real estate license.

However, it was clear that Dorothy wasn’t keen to build a relationship with Kane, which later triggered Kane to cut short his lunch. He left while saying that he “doesn’t need to be friends with [Dorothy]”, suggesting that no matter how much effort you put in, some friendships are just not meant to be.

7. A person isn’t always defined by his past 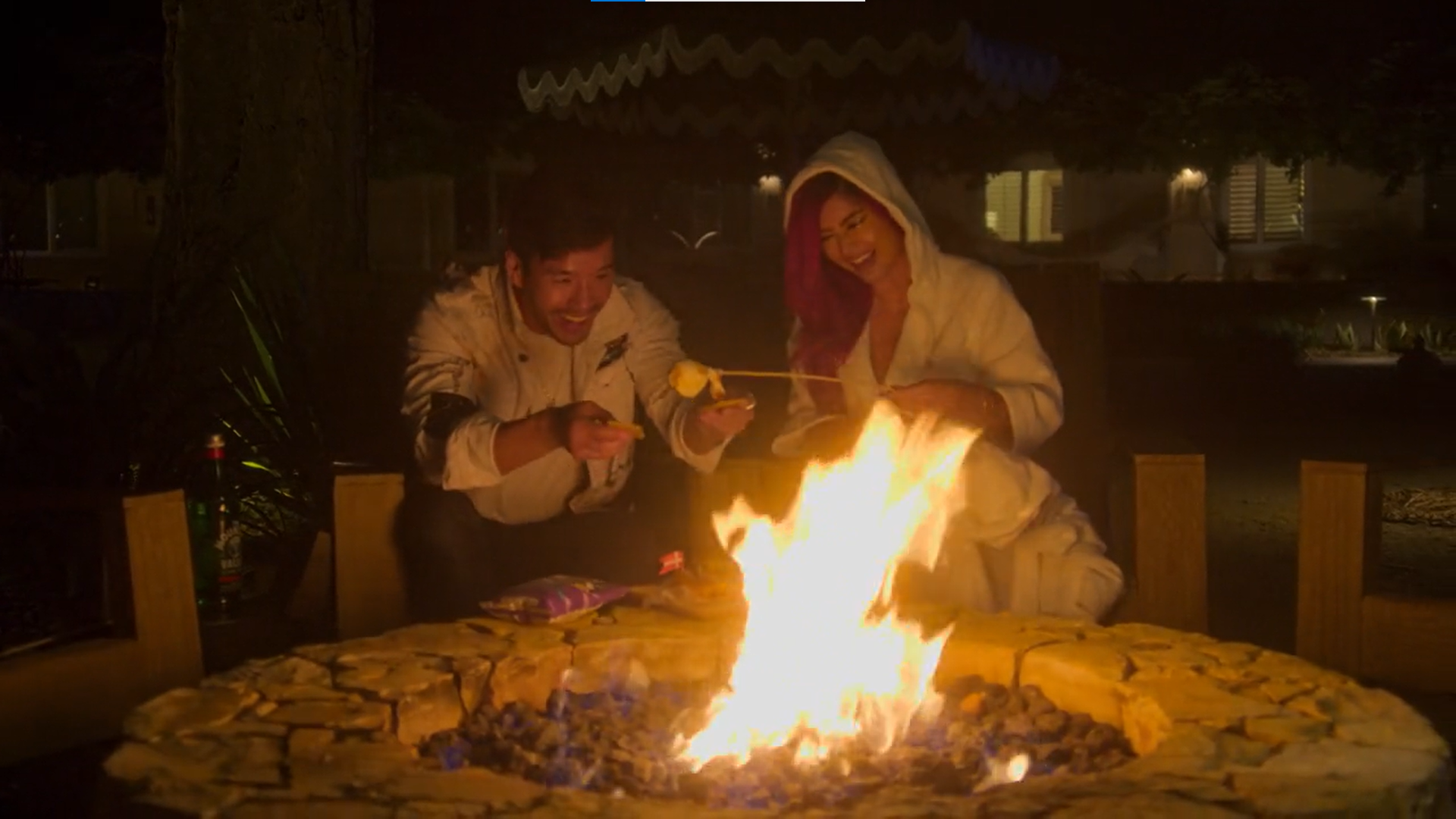 If you’ve watched Bling Empire since the first season, you would know that Kevin has a strong f**k boy image. That was one reason why Kim was hesitant about getting together with Kevin because she knew of his past. She didn’t want to get hurt or have her feelings toyed with.

However, seeing how sincere Kevin was, Kim gave him a chance to prove her wrong, and agreed to go on a road trip together. Kim was later pleasantly surprised by Kevin, and she got to know his vulnerable side when he confessed that he was on a 12-step sobriety program.

Kevin didn’t turn out to be as bad as she imagined, and Kim even found herself enjoying the date which she thought she would hate. The trip allowed them to connect on a deeper level, and there’s no denying that viewers like me enjoyed the blossoming of their relationship too. Perhaps, if all of us would give others a second chance like Kim did, things might turn out for the best.

8. Age isn’t a factor when it comes to friendships 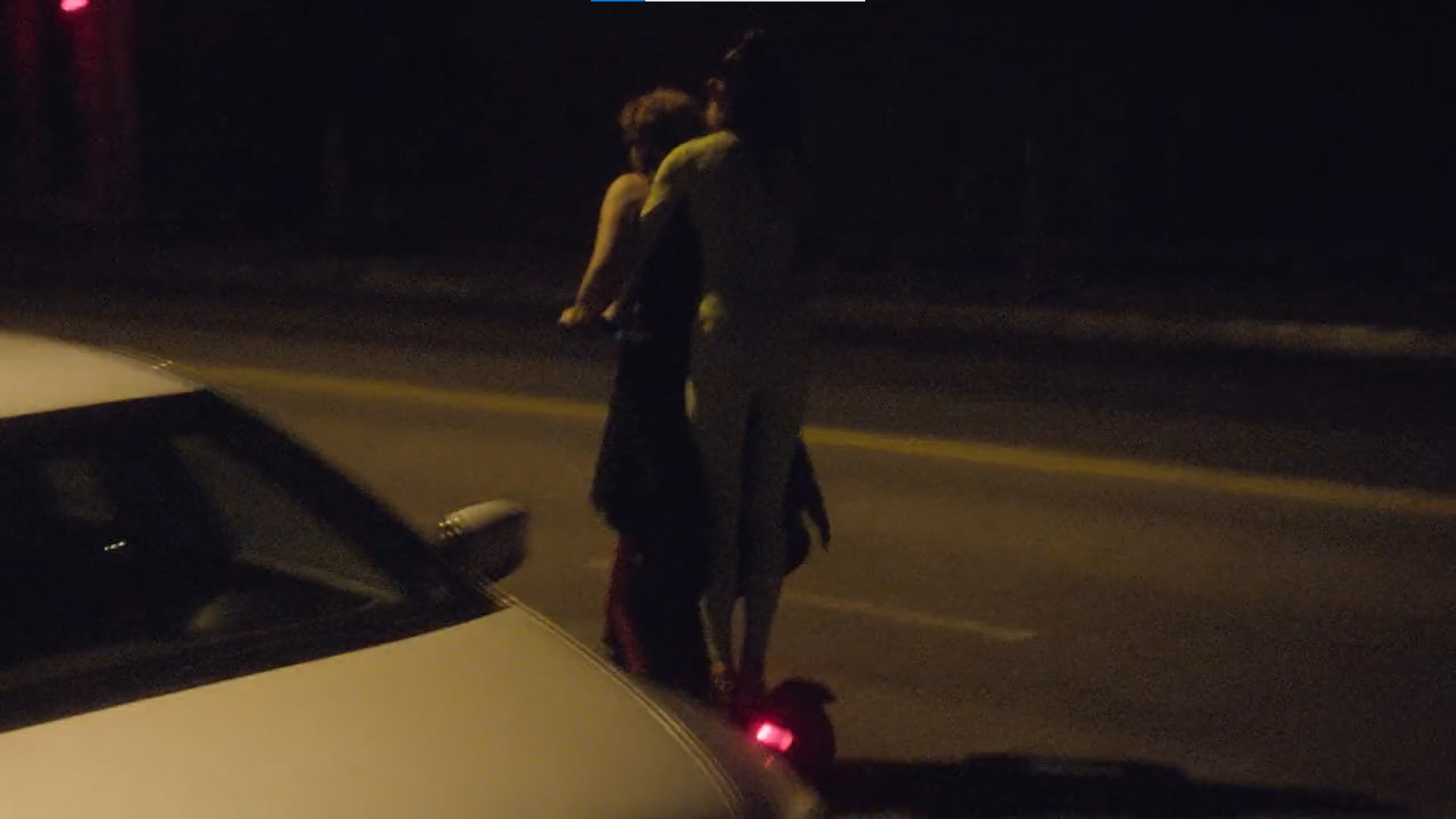 Jaime and Anna have an age gap of almost 40 years, but the two hang out because they enjoy each other’s friendship. One might say they are like lifelong BFFs.

In one of Jaime’s interviews, she called Anna her “LA mother”, and Anna also mentioned that she sees Jaime as a younger version of herself. Both of them have adventurous personalities, so it is no surprise to see how they ended up sharing a ride on an electric scooter.

It is interesting to see how Anna always says yes to trying new things, and Jaime is always supportive of her. The unexpected relationship between the oldest and youngest cast of Bling Empire suggests that age isn’t a factor in friendship.

9. Give your friends second chances Kevin and Kane making up

As mentioned earlier, Kevin and Kane fell out over the incident that involved Kim. But since they didn’t look like they were going to bury the hatchet, Kelly and Kim decided to take things into their own hands ‒ they tricked the boys into meeting by secretly asking them out together.

Despite some cursing along the way, Kevin and Kane managed to talk things out. Kevin even kissed Kane on the cheek, causing the girls who were watching the affectionate moment to LOL.

While both Kevin and Kane had parts to play in the fall-out, it is sweet to know that they ultimately cherish the friendship they have. Like how Kevin confessed that Kane does mean a lot to him, this incident allowed viewers to learn about the importance of friendship and second chances.

10. Time will heal the wounds from past relationships 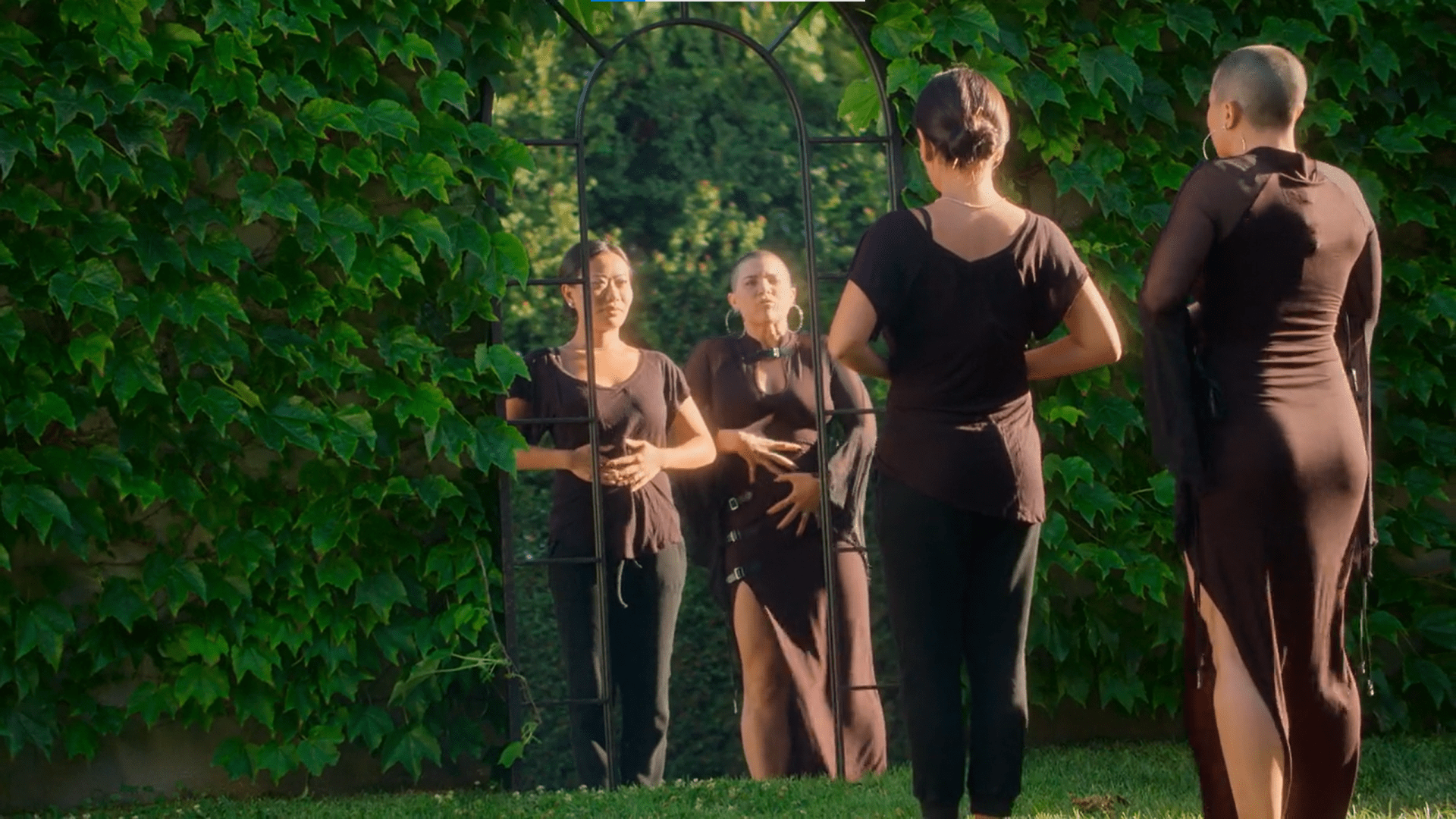 Believe me, I was elated to learn that Kelly had broken up with her ex-boyfriend Andrew, since being in a toxic relationship is never okay. You might recall the moment on Season 1 when Andrew screamed at Kelly on the phone, shocking Anna who was with Kelly.

Now that Kelly is newly single, she has decided that it would be best for her to heal, and take time to herself. She even engaged a sexual empowerment coach to help her rebuild her confidence, and learned to strengthen her mental health.

While some might think that the best solution is to dive into another relationship to “forget” the past, I beg to differ.

These Lessons From Bling Empire 2 Showed That Riches Aside, Everyone Has Feelings

It is true that Bling Empire showcases the affluence of the cast, but wealth aside, they are just human beings with feelings like you and me. The reality show teaches us that true friends are hard to come by. Even if you’re rich, you can’t escape problems that arise from friends or family.

As season two of Bling Empire comes to an end, the cliffhanger ending suggests that Netflix might renew the show for a third season. Till then, I’m keeping my fingers crossed.

15 Facts About Dorothy Wang, The Latest Addition To Bling Empire