You may have heard this line while listening to Blackpink’s The Album on loop: “We were born to be alone. But why we still looking for love?” Whether you’re straight, lesbian, gay, pansexual or anything in between, the desire to love and be loved is only human. To learn more about the LGBTQ+ dating scene in Singapore, we talked to 7 individuals who shared with us everything from their thoughts on PDA to their dating experiences and advice.

1. “Dating shouldn’t feel like an obligation, rather it should be an enjoyable and fruitful experience” 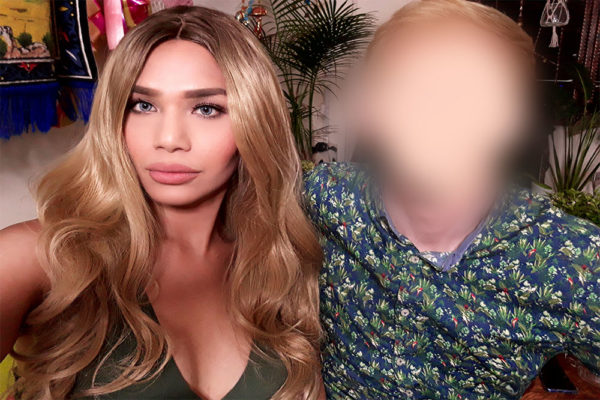 “As a transgender woman, all sorts of men with different sexual orientations have expressed attraction toward a woman like me. It is interesting, because it further reiterates the point that attraction is subjective, and not limited to just what gender you are.”

I am generally alright with PDA, but personally, my limit would be holding hands and hugging in public. As we move through public spaces that are utilised by not only us, but by other people as well, it is important to be considerate and not do things that would make other people uncomfortable or serve as an inconvenience, as it may come across as rude.

I was kissed on a public escalator with a lot of human traffic before. People did not stare because I was a transgender woman being kissed by a man, but because it was a little inappropriate to be doing that when you are surrounded by a crowd.

Dating shouldn’t feel like an obligation, rather it should be an enjoyable and fruitful experience. It is important to look and get to know someone as a person, not so much superficially, especially narrowing it down because of their sexual orientation or gender identity. You never know who you might end up falling in love with. 😉

Acceptance and tolerance are key in Singapore society moving forward. And, with that, more people will feel safe enough to express their true sexual orientations. When that happens, more people from the LGBTQ+ community will be able to date openly and safely in public spaces.”

“I can’t compare [dating as an LGBTQ+ individual] with dating in the straight community in Singapore, but it’s not fun at all. Honestly, I think I learnt that I need to be patient. Not everyone knows who they are yet, and not everyone is ready, myself included.

It’s okay to be confused. Popular media does not care about you, or portrays you in a negative light (like the paedophile gay character in a Channel 8 drama), and it is so easy to be beaten down. But, trust that it will get better. You will find your representation, you will find your people, you will find your story. Personally, I thought this line might be corny but it gave me a lot of strength during tougher times: LGBT. Life gets better together.

When I speak to older people, ugly bigotry rears its head. When I speak to younger people, they typically tell me, ‘It’s getting better, nobody I know is homophobic!’ Or ‘I’m not against it, I just don’t know much or care about it.’

Okay, but please consider learning more and educating yourself. Stating ignorance or nonchalance is dangerously close to white people claiming to be ‘colour-blind’ in race politics. So much more can be done.”

3. “I wish we could have more queer spaces where we could just be” 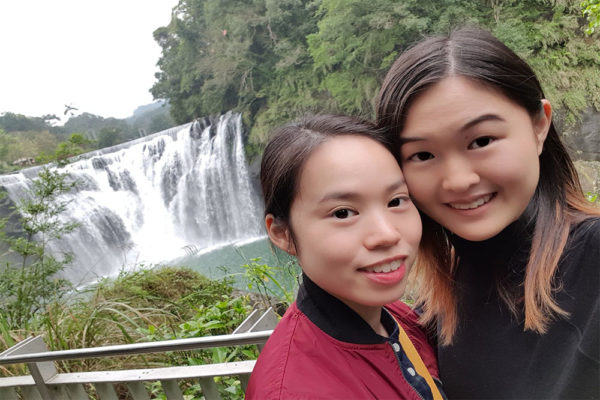 “I identify as lesbian and asexual. It’s the ace umbrella, really. I had protective feelings for my partner from the moment I saw her. But I also thought that was super weird, so I didn’t want to approach her. She made pretty much all the first moves and honestly, every day I’m in awe that she chose me.

This is the only relationship I’ve ever been in. At the start, I was very, very awkward and my personal space bubble was massive.

One night during the first month, we were lying in bed. In the dark, she asked me, “What are we?” Me, an intellectual, said: ‘I don’t know. Carbon, hydrogen, oxygen? Maybe a little nitrogen?’ Suffice to say that we really grew together.

I’d like to believe I’m making it more normal to see people like me and my girlfriend being couple-y in this society. On the flipside though, I’m mindful that creepy homophobic people might find it hot to see 2 girls being a couple, because sometimes they like to imagine themselves in the middle (which is hella entitled).

If there was one thing I could change about the dating scene here in Singapore, I wish we could have more queer spaces where we could just be. I’m tired of clubs and parties being the way people meet. It makes the community seem more exclusive, and contingent on alcohol/sex/dancing.”

“You would think that most Singaporeans would be too scared to voice their opinions or ‘create a scene’ but trust me, nothing will stop the Karens. The incessant judgement and stares LGBTQ+ people get in Singapore is enough to warrant as an act of discrimination. I’m not a zoo exhibit, quit staring.

We know that our love isn’t and shouldn’t be validated by the affection we display in public. [But] skinship is a crucial aspect of the display of affection, in all kinds of relationships. Needless to say, it is hard and unfair, especially when we see straight couples being able to hug, kiss, hold hands and even share food in public, and we just feel like such basic rights are denied to us. It all sounds dramatic, until you are the one in our shoes.”

5. “ As long as you are with someone you love, you will feel like you’re on cloud nine, regardless of the person’s gender”

“Every person is different. I don’t think dating a girl and dating a guy is any different. Just be honest with the person, and enjoy their company! As long as you are with someone you love, you will feel like you’re on cloud nine, regardless of the person’s gender.

In Singapore, the LGBTQ+ community is so small, so dating a friend’s ex is very normal. That being said, it would be good to communicate and clear the air with said ex if you guys are close friends, just for formality and courtesy.

My dating advice for fellow LGBTQ+ folks here is that if you’re a bisexual looking to get married, have kids and lead that Singaporean dream life, it is okay for you to feel like you will choose a male partner over a female partner (or vice versa) because it’s less challenging.

There are a lot more real roadblocks for same-sex relationships. So unless you find someone you can give that all up for, or have plans to migrate, be honest with your partner about your concerns and see if you can work it out together.”

6. “It’s important to not just look at how fit someone is, or their social status as a candidate for a life partner”

“I’ve been in a committed relationship for 6 years. Before that, they were mostly casual dating partners that would last 2 to 3 months.

Do what makes you happy. If you enjoy being single and having fun while you’re young, there’s nothing wrong with that. If you’d rather be in a relationship, stay hopeful and work on yourself to be emotionally ready before you get into one as well. The worst thing one can do for themselves is to be uncertain of what they truly want, which tends to create problems unnecessarily.

Singaporeans can be a very superficial lot, and it’s important to not just look at how fit someone is, or their social status as a candidate for a life partner. Happiness is important. And the love you share with someone else is between the both of you only. Don’t let external factors affect you as much as possible, whether it’s disapproving parents or friends with negative influences. As long as you and your partner have the same life goals and are good together, nothing else should matter.

My advice to fellow LGBTQ+ folks on how to stay safe while dating is to be wary of who you trust. There are many issues out there such as grooming from older individuals, non-consented filming of sexual acts and influence to use drugs or heavy alcoholism. Don’t do anything you’re not comfortable with.”

7. “The only people who can date are the ones that are out of the closet”

“I wish that LGBTQ folks would be more open with their sexual preference. Honestly, the only people who can date are the ones that are out of the closet. The rest of us are stuck in an endless cycle of sex and loneliness. So if you’re an LGBT ally, let it be known to your friends so that slowly, they would feel more comfortable showing that side of them and therefore be able to date openly. As for fellow LGBTQ+ folks, do respect the anonymity of fellow closeted individuals in the community.”

Whether it is having to tolerate stares in public or not being able to get married, dating in LGBTQ+ communities in Singapore can be challenging. But as Zac mentioned, a relationship is still a relationship, no matter your sexual orientation. Hopefully, this article has shed some light on what dating in the LGBTQ+ community in Singapore is like so that, as the interviewees have shared, we can learn to do more for our society to progress as a whole.

All images courtesy of the interviewees.