Responses have been edited for grammar and clarity.

In honour of Pride Month, we invited 6 individuals to talk about issues within the LGBTQ+ community on ZULA Perspectives. ZULA Perspectives is a YouTube series where we put strangers in a room to have in-depth discussions about social issues.

Faith identifies as lesbian and has been dating her girlfriend for 7.5 years; Kennede is a gay man who does PR for the Inter-University LGBT Network; Zinc identifies interchangeably as pansexual or bisexual; Atiq is a transman; Irie is a local queer advocate who uses they/their pronouns; and Lorraine identifies as asexual (‘+’ stands for other sexual identities including asexual, pansexual and omnisexual). 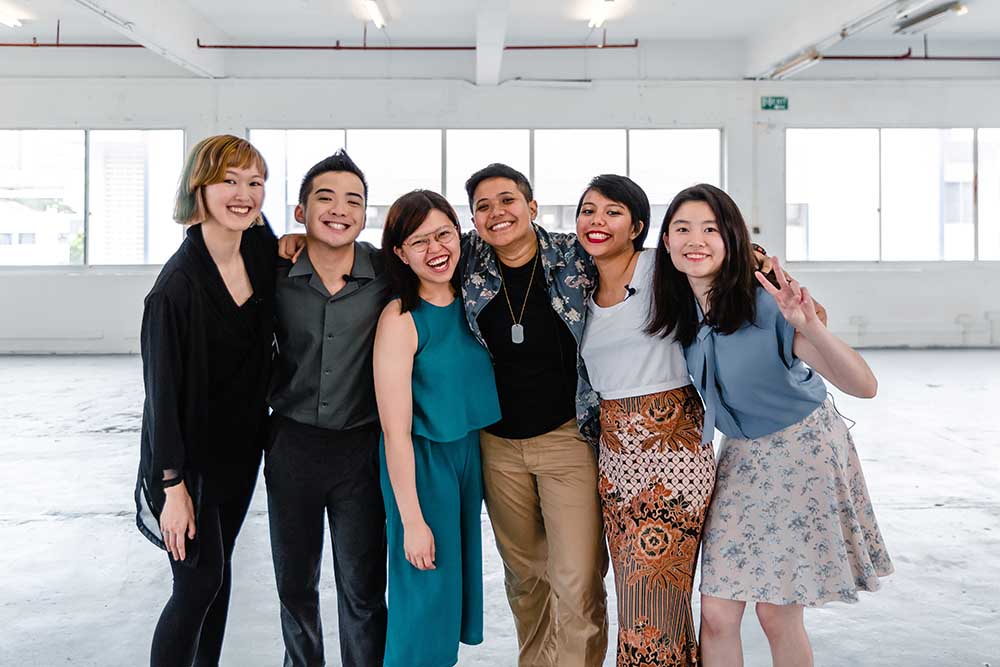 In the video, we discuss everything from workplace discrimination to dating. Here’s everything else we didn’t manage to fit in.

On identities and why labels aren’t so important

ZULA: Hi guys, first of all, let’s talk about identities. Most of us are familiar with what being lesbian, gay and transgender means. Perhaps we could talk about the lesser-known identities?

Zinc: I identify as pansexual or bisexual. Being pansexual means your [attraction] is not restricted to the gender. Whether you’re male, female, non-binary, trans; for me, it’s not relevant. For bisexuals, you like both males and females, or others.

Lorraine: I do not experience sexual attraction. It’s not the same as celibacy or the choice to abstain from sex.

Irie: I identify as queer because labels aren’t a thing for me. Labels are helpful for you to understand, especially if you’re not from the community, but they’re not very necessary as they can be used against you.

So I feel ‘queer’ is a broad enough label that is comfortable for me because I don’t need to limit my exploraion of who I am within a category.

On erasure and straight passing privilege

ZULA: We’re going to start with our first yes/no question—Singaporean society generally accepts me for who I am. 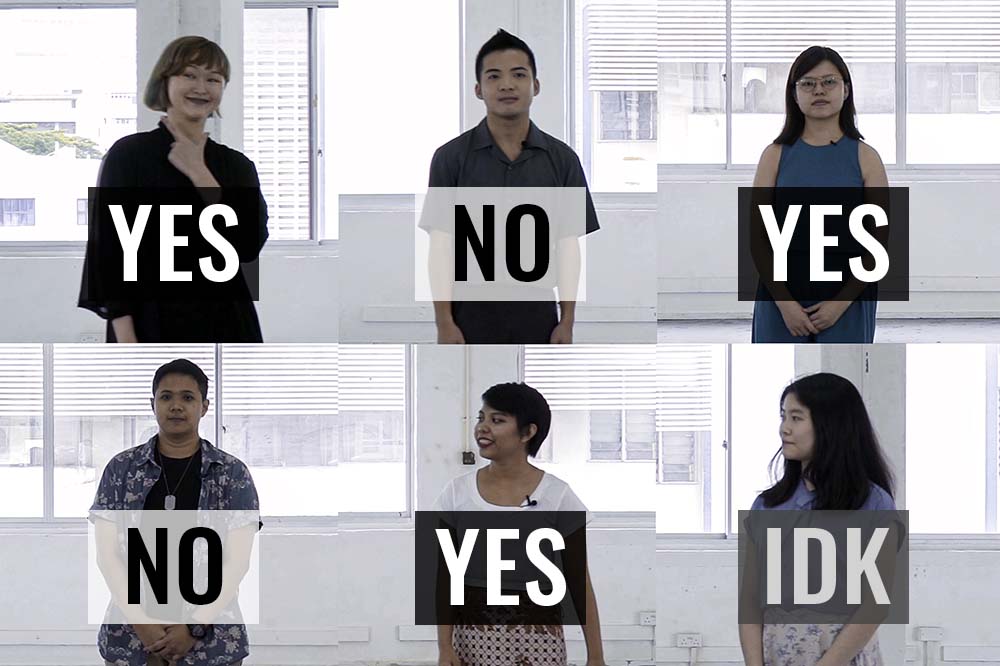 Faith: I work in the creative industry, so maybe my scope is a little biased because that section of society tends to be more, “Okay lah, you want whatever, you do lah.”

But I know for a fact that my girlfriend is not welcomed in my house. We’re in a long-distance relationship and [when she’s back in Singapore], I have to take out an Airbnb with her. For my siblings, they have free rein of the house with their significant others.

If I die, my girlfriend can’t come to my funeral if my parents go, “Nah, I don’t want her here.” That’s it, it’d be like she was never part of my life. Zinc: I feel that Singaporean society generally accepts me because there’s this concept that bisexuality is a phase. They’ll say things like, “Maybe you’re greedy, that’s why you like both guys and girls.”

There’s also bi-erasure. Even [within] the [LGBTQ+] community and [for] myself in the past, [there are those] who—if my bi friend gets together with a guy [and she dated girls in the past]—say, “Oh she was lesbian and now she turned straight.”

It feels like you constantly have to let people know that you’re not just one or the other, you’re both.

Lorraine: I think I’m not discriminated against because many Singaporeans don’t know what it means to be asexual.

Because first, they don’t ask [about my sexual identity], so they think I’m straight. Second, if they do know I’m asexual, they’ll equate it to me being celibate and a virgin.

On money and mental health

Atiq: I moved out of my house when I was 20. I’m 27 now. I had to learn the hard way about managing my financials.

I had to grow up pretty quick because it was either that, or continuing to live in a very toxic household where I would never be able to live out my truth.

Zinc: For people to come out, they always think about financial stability and [getting] a house first. For people not to be themselves for the 20+ years until then, that’s a very painful thing. Some struggle and have depression because they cannot merge their identities and be themselves.

Kennede: For the kids that don’t grow up fast enough or plan ahead, it [can] lead to a lot of bad issues. Drugs, living on the streets. It’s these circumstances that push you to that state… to resort to certain coping mechanisms.

Irie: You talk about how queer people have more depression or higher suicide rates than any other demographic and say, “Oh queer people are depressed.” But you’re not looking at what’s affecting our mental health.

Growing up, I was so sick with the fear that I would be kicked out or disowned because my parents were homophobic. [Depression and suicide] are not an inherent part of our identity; it’s about how we’ve functioned in society.

Kennede: Queer people are living and surviving in spite of you telling them how to live their life.

Irie: It’s either do this or die; do this or bury a part of yourself so deep that you are never who you are. It’s not the healthiest way [of] existing, you know? And we deserve more than that.

Lorraine: I told [a] date that I was asexual when he asked me out. He said, “But at least you’re not lesbian. I can change you.”

*Everyone makes general sounds of disagreement*

Kennede: I think as a gay person, I’ve been denied opportunities to date. If you’re not straight, it’s very hard to approach people because when you hit on them, you’re outing yourself.

Technology has helped [with] that a lot. But even [for] dating apps, there’s a lot of fear. People tend to hesitate [to put] their profile picture because they don’t want to out themselves on a public platform.

Atiq: But I do find that quite a number of dating apps now are pretty accommodating, like OkCupid. There are options like “I identify as a transman, looking for…”, you can say you’re looking for a transwoman, queer and different options for different identities. It’s a sign of changing times.

I’ve had some success dating women, but once I give them a heads-up that I’m transgender, their interest level dies. Worst comes to worst I get ghosted, it’s no big deal now but it still sucks.

I actually want kids, I want to settle down but it’s a little hard because for most women, they want to have biological kids.

There is a genuine fear. Recently, there were two lesbians who got beat up in London because they didn’t want to kiss in front of a few guys.

It was reported in The Straits Times and in the comments section, I saw people saying things like “It’s wise of the attackers” and it made me feel like I should carry around a pocket knife in my own country.

On straight allies and Pink Dot

ZULA: Are straight allies relevant to the LGBTQ+ community? 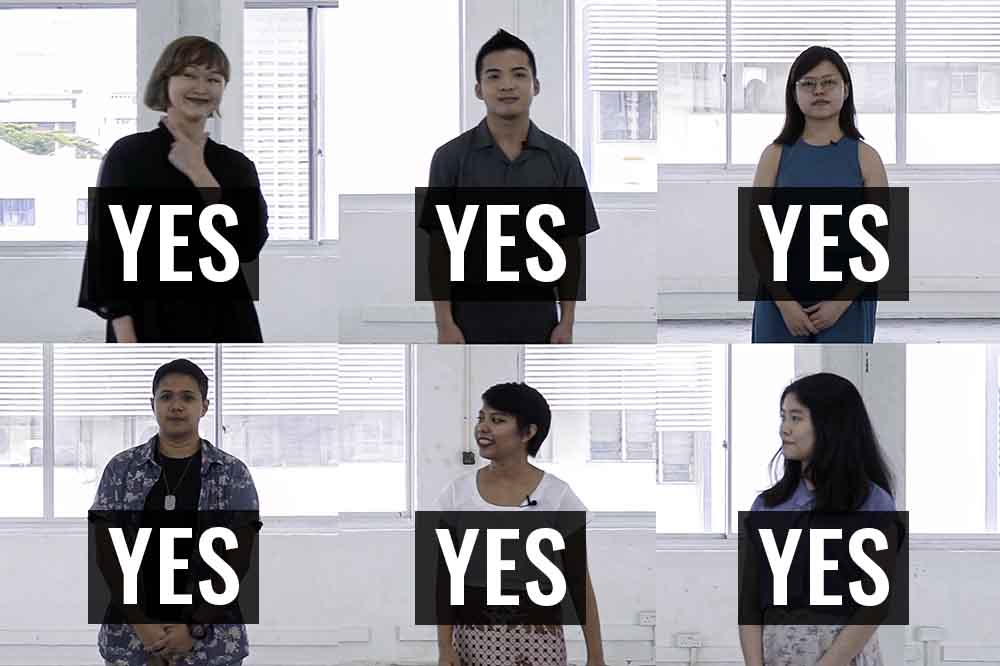 Faith: Straight allies are people who are supportive of the LGBTQ+ community who are also straight. If it’s just us talking, it can feel like an echo chamber.

Kennede: Having people who are deemed as ‘normal’ [using their] voice to help us say that we’re equally valid is very important. It’s one way to get people to listen and show that we’re just like everyone else.

Atiq: Still, it’s one thing to be in the presence of [members of the] LGBTQ+ community and say, “I support y’all.”

But if when the door is closed and you’re with other cis-het (cisgender, heterosexual) people, [and] you misgender us, partake in the same tired jokes that demean the community, then you’re not really an ally.

Irie: I think straight allies need to think about what it means to be an ally and how you can be a better ally.

Faith: It’s all good and well [that] we have Pink Dot. But the other 364 days of the year, it would be nice if we could all feel like we’re part of a safe and loving community.

Kennede: I attended my first Pink Dot when I was 16. After the event, I changed out of my pink shirt. I didn’t want to go home and have my parents ask me, “Why are you wearing a pink shirt?”

Straight allies are important to make 16-year-old me feel like I don’t have to change out of my pink shirt after Pink Dot. I don’t have to hide my flags or desperately rub a rainbow print off my cheek.

Straight allies are really the way that I can feel, in the other 364 days, that I can be who I want to be.

Being LGBTQ+ In Singapore

ZULA: Last question! Do you think Singapore is moving toward the right direction when it comes to LGBTQ+ issues? 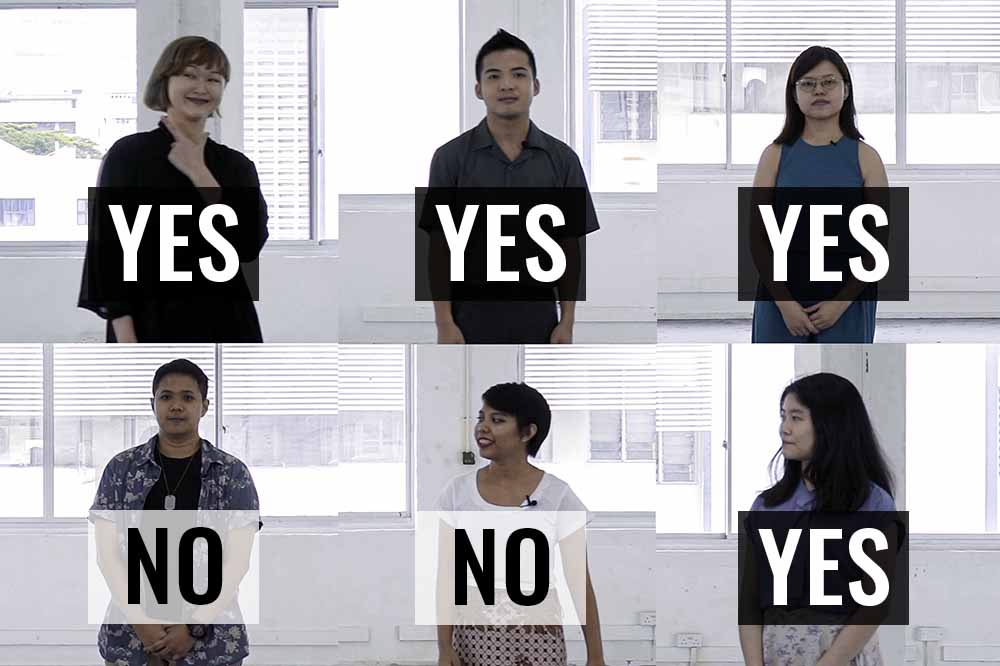 Faith: There are some sections of society who seem determined to keep us in a certain status quo. But, especially with the young, there are a lot of people who are coming around.

Zinc: We are still stuck at the tolerating part, we’re not moving towards the full acceptance and embracing yet.

Kennede: Once a year we come together [during Pink Dot], and that’s good to show our numbers. But the difficulty with such a big movement with so many identities is creating one cohesive narrative that fits everyone.

If we want to make progress, we need to engage and give everyone a seat at the table.

For people who say “I don’t like politics”, you don’t have to think about it as being politically involved. Just think of it as that friend of yours that is struggling every day.

Once you think about it that way, it’s not so much politics, it’s just kindness.

When Daddy Becomes Mummy: Fanny Ler On Being A Transgender Parent In Singapore