The season of huat, aka Chinese New Year, might be over. But for Singaporeans, mahjong is a game to be played all year round. Mahjong sets with unique designs have become increasingly popular, as seen from the Singapore Airlines’ mahjong set with batik motifs released last year. Meanwhile, LINE FRIENDS Taiwan recently launched a mahjong set dedicated to its lovable cast of characters: Brown, Choco, Sally and Cony. 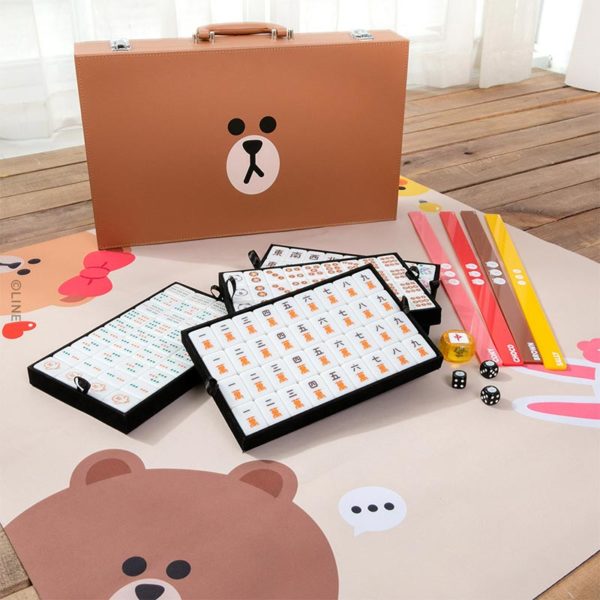 The set includes all the mahjong essentials for you and your kakis to enjoy. Besides the standard mahjong tiles and dice, it also comes with an adorable mahjong mat featuring the LINE FRIENDS character’s faces in all 4 corners.

Not only will the mat help to ensure that shuffling your tiles will be a smooth process, it also makes it feel like each player has a character to support them throughout the game. 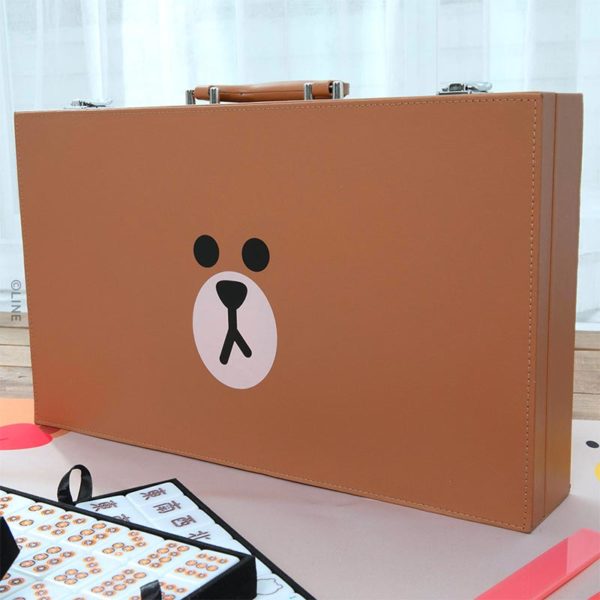 Every standard mahjong set comes with a case for you to store these essentials. The LINE FRIENDS mahjong case presents Brown’s neutral poker face in the middle. The whole case is, of course, brown. As a character who doesn’t speak much but has a selfless and big heart, Brown is here to give you all the mahjong luck you need. 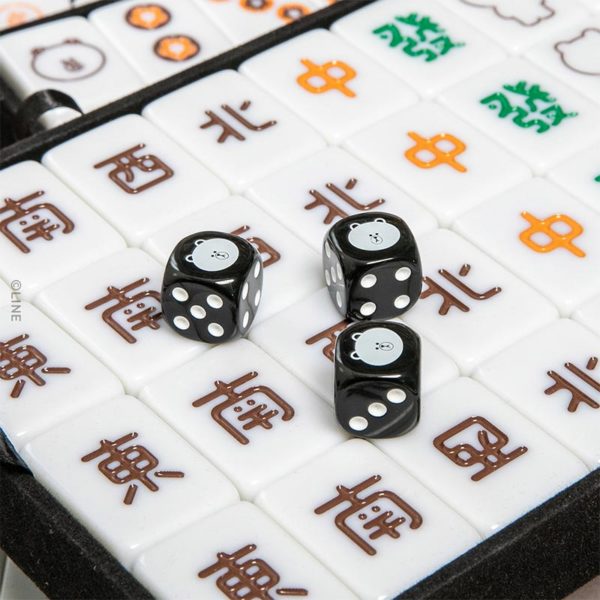 The 3 black dice in this set have more Brown motifs to represent the number 1. Though the dice is only rolled once each round, it’ll still be fun to roll on Brown’s face and watch him peek up at you.

Why The Mahjong Line & Its “Respectful Refresh” Triggered The Internet, From A Singaporean Who Loves The Game 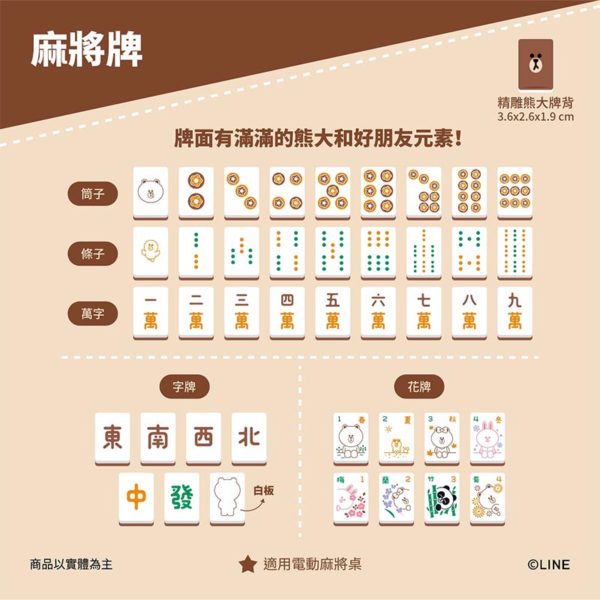 A key feature for most mahjong sets, whether it is the Singapore Airlines version, an Hermès mahjong set, Louis Vuitton mahjong set or a Tiffany & Co mahjong set, is the tile design, which tends to be inspired by the brand. This isn’t any different for the LINE FRIENDS mahjong set either. 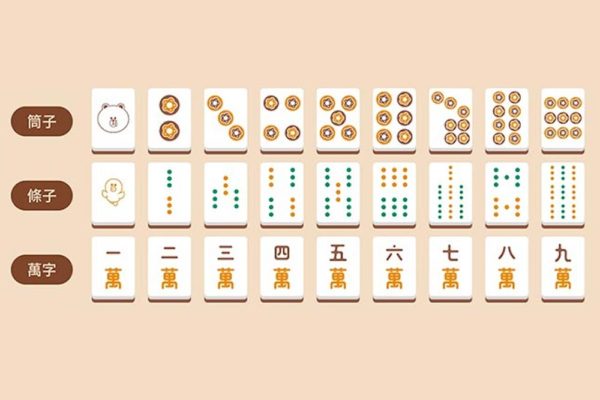 Instead of the whiteboard, also known as the bai ban, we’re greeted with an outline of Brown’s silhouette instead. 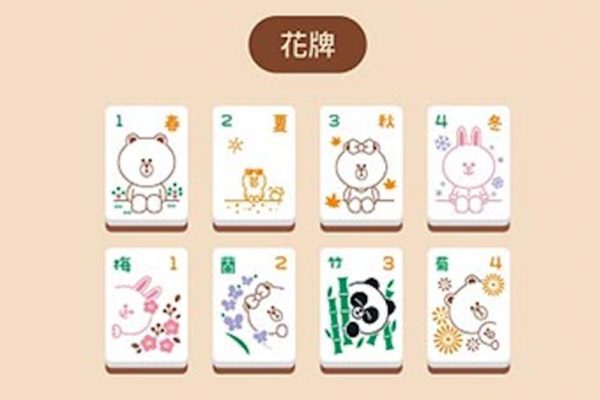 The 8 flower tiles are the main stars of the set. In mahjong, the first set of flower tiles traditionally represents the 4 seasons in a year. For the LINE FRIENDS mahjong set, it features each character enjoying the seasons, no matter if it’s cold or warm.

The remaining set of flower tiles represents the 4 plants known as the “Four Gentlemen” in Confucianism. The LINE FRIENDS characters can be seen leaning from the corners of the orchid, plum, bamboo and chrysanthemum. Pangyo the panda also makes an appearance amongst the bamboo with his sleepy face. 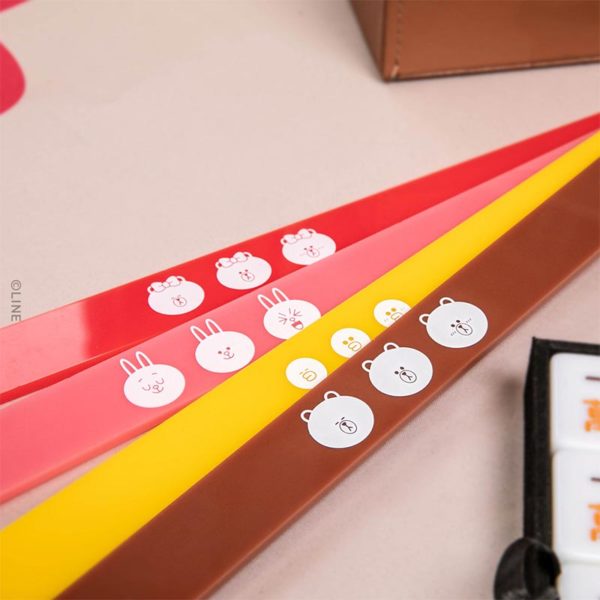 While most mahjong sets do not include this, the LINE FRIENDS mahjong set also has 4 mahjong tile holders for each player to arrange their tiles with ease. Battle it out with your friends to get your favourite characters before starting, as each mahjong holder highlights a character with different facial expressions. 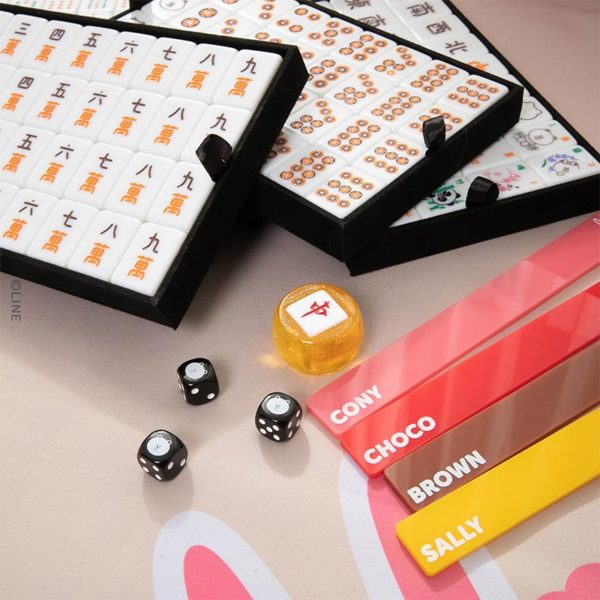 Brown and friends’ names are also written on the back of each mahjong tile holder. Meanwhile, the wind direction stand is in a shimmery gold hue to stand out from everything else.