2022 has been an excellent year for fans of Netflix dating reality shows, with the new installments of Indian Matchmaking and Love Is Blind. Now, after almost a year’s wait, the second season of Single’s Inferno is finally out, with 10 episodes of hot singles looking for love on an uninhabited island in Korea.

But, before we dive into the tea that’s brewing, and the forming love lines, here’s a brief introduction to this season’s contestants. Get to know their ideal type, occupations, and Instagram handles. 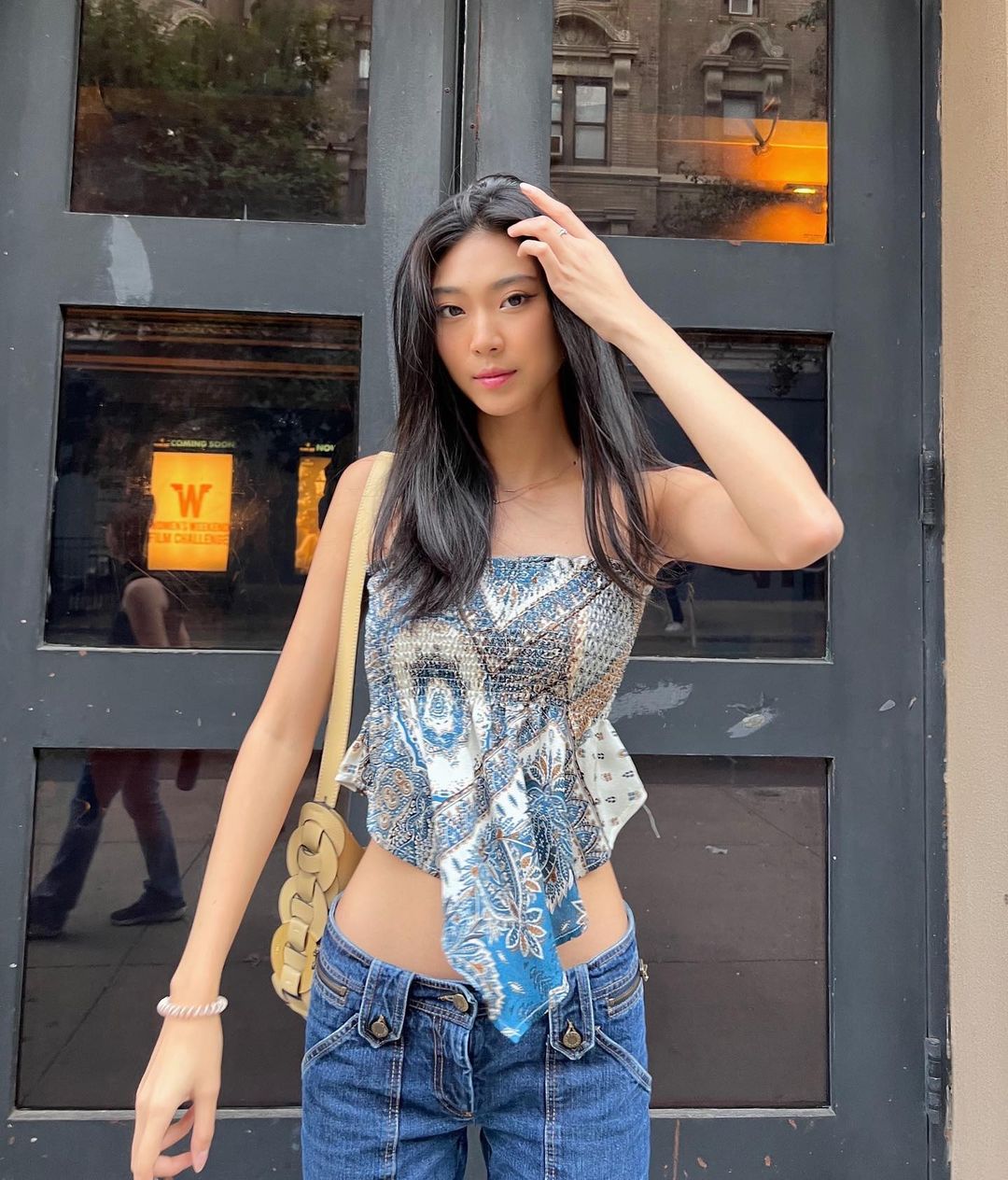 Chances are, you might think that life isn’t fair once you get to know Nadine.

She is currently a Neuroscience undergrad at Harvard University, and previously went viral on YouTube for being accepted into three Ivy League universities including Yale and Princeton. Based on her LinkedIn profile, she modelled for almost five years under YG K+, one of Korea’s top modelling agencies.

Nadine revealed in her introduction video that she is open to dating, and wishes to step out of her comfort zone. She’s also the one-partner-only kind of girl, who fully commits to a person once she develops an interest. 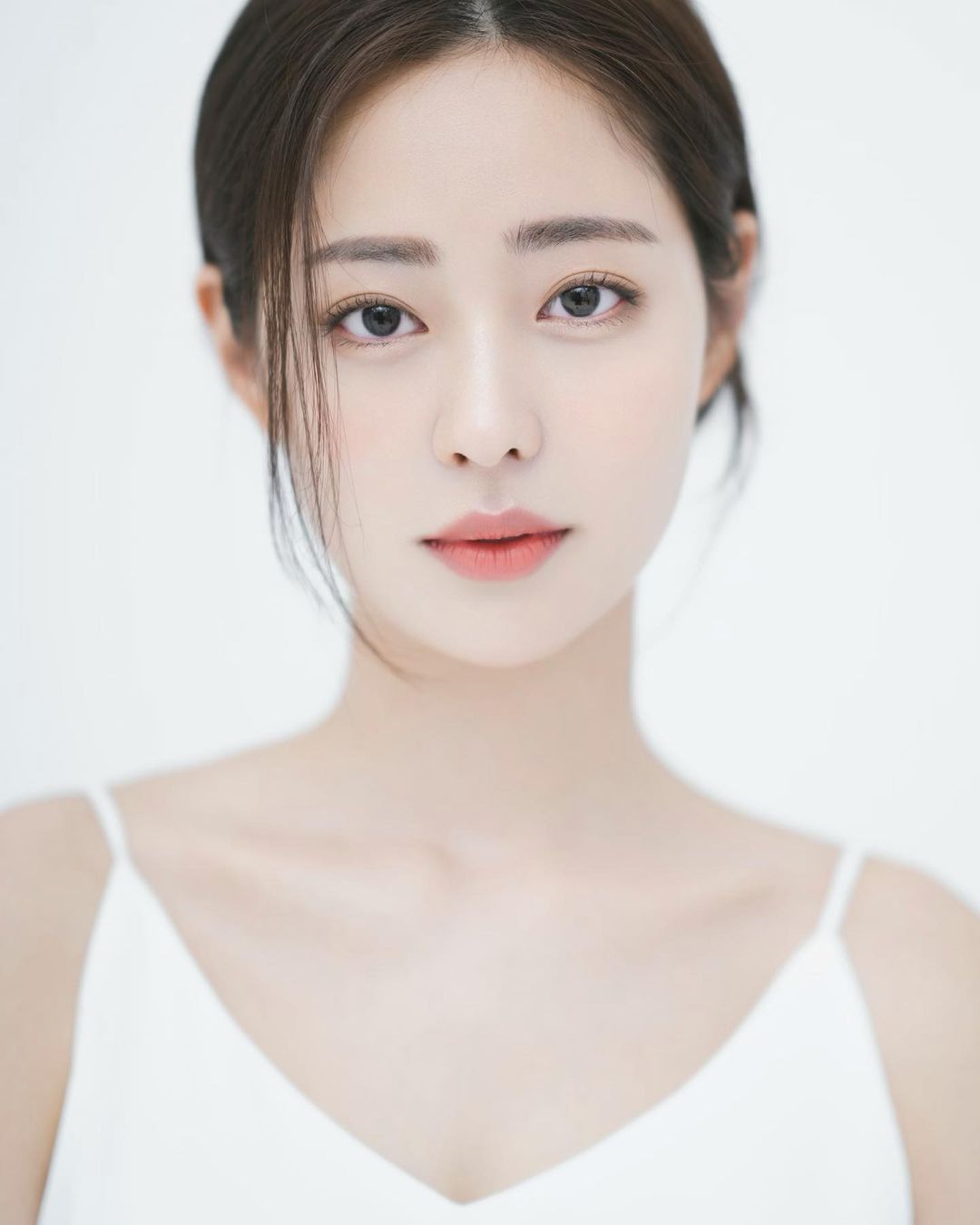 NGL, Seulki made a good impression on me when she was introduced as the first contestant on the show. It turned out that she had previously been crowned Miss Chunhyang 2020, a beauty pageant that focuses on Korean “traditional beauty”.

She decided to join Single’s Inferno to meet new people, and wishes to find someone who is nice, considerate, and friendly.

Currently a student at Seoul National University, Seulki majors in piano at the College of Music. 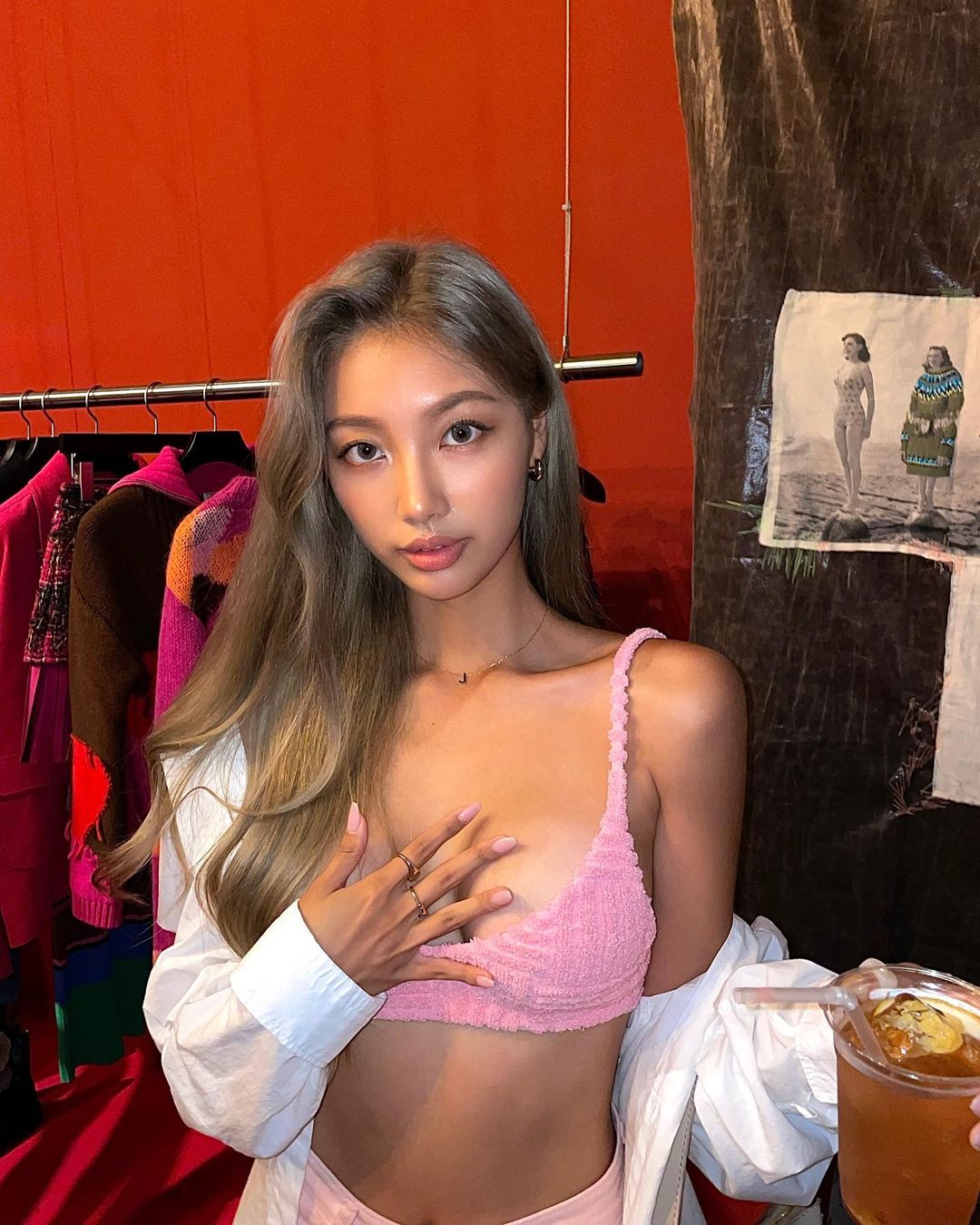 The secret to her hot bod is consistent exercise and weight training. Plus, she’s also a regular on the tennis court, which confirms her love for sports.

Signed under modelling agency K-Plus, Sejong is a model and has appeared in advertisements for Sony and BMW Mini. 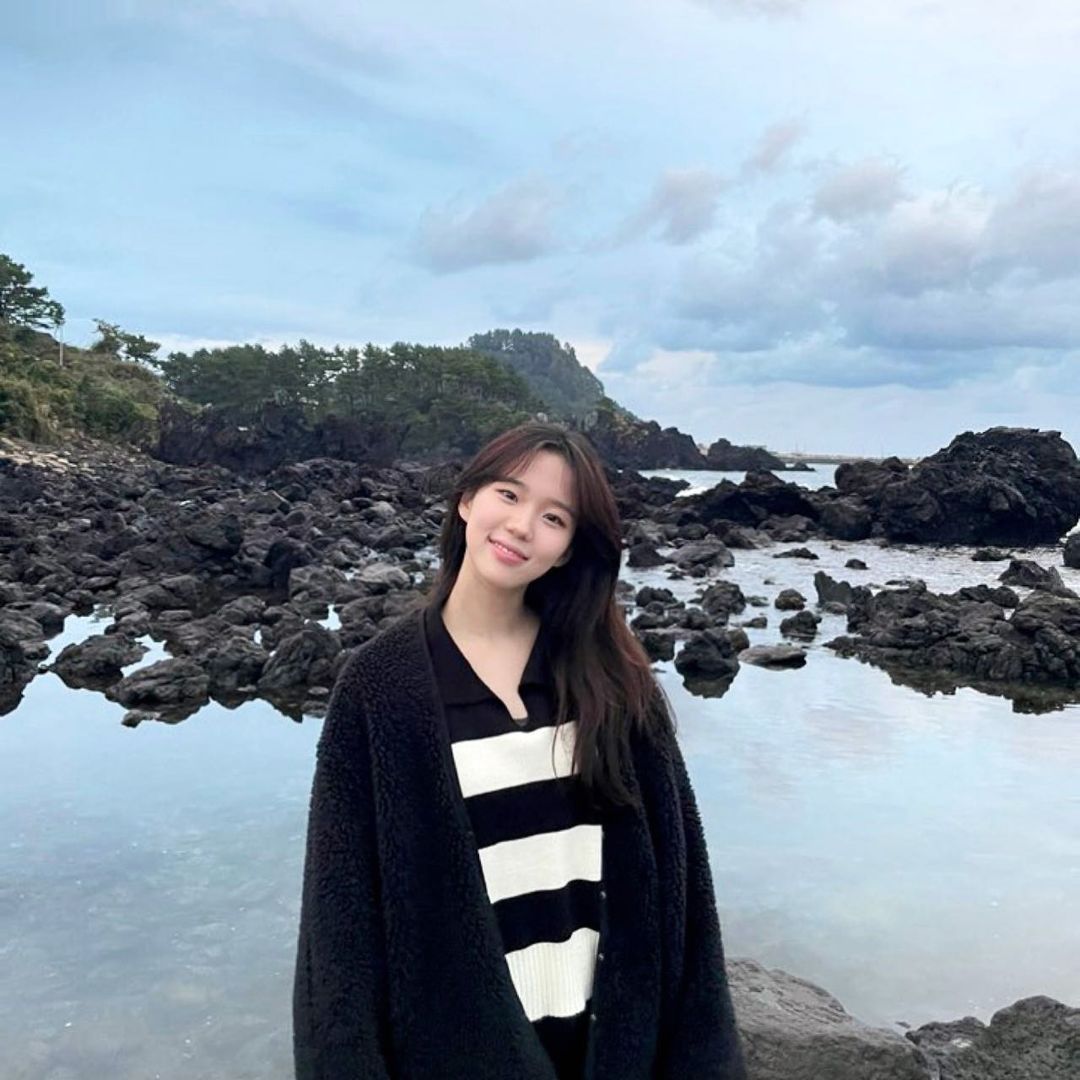 If Shin Jiyeon was the cute girl represent in Season 1 of Single’s Inferno, Soe is this season’s. In contrast to her shy and reserved nature, she enjoys dancing powerful K-pop dances for stress relief, which shows an unexpected side of her.

According to her friend’s Instagram, she studies in the Theatre department at Hanyang University. Fingers crossed that we might see her in the entertainment industry soon.

During her introduction video, Soe highlighted that she finds tall guys attractive, and is drawn to those who are generous and reliable. 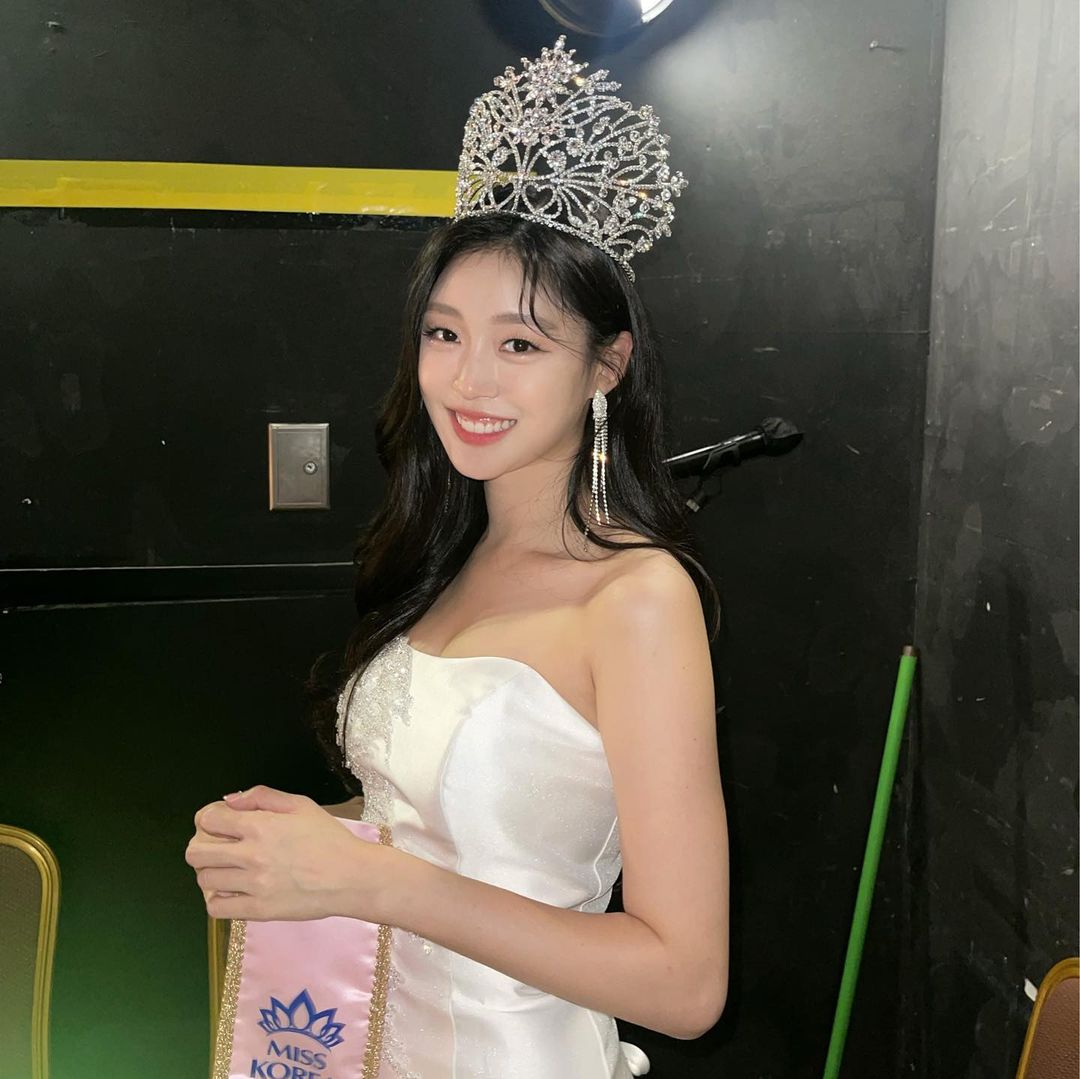 Crowned Miss Korea 2021, Seoeun is another contestant on the show who has experience in beauty pageants. She graduated from Pratt Institute in New York City with a degree in painting, and enjoys paddleboarding as a hobby.

Despite being introduced as the last female contestant on the show, Seoeun received a standing ovation from the male contestants. Perhaps during her week’s stay on the island, she might just find a person who will make her happy. 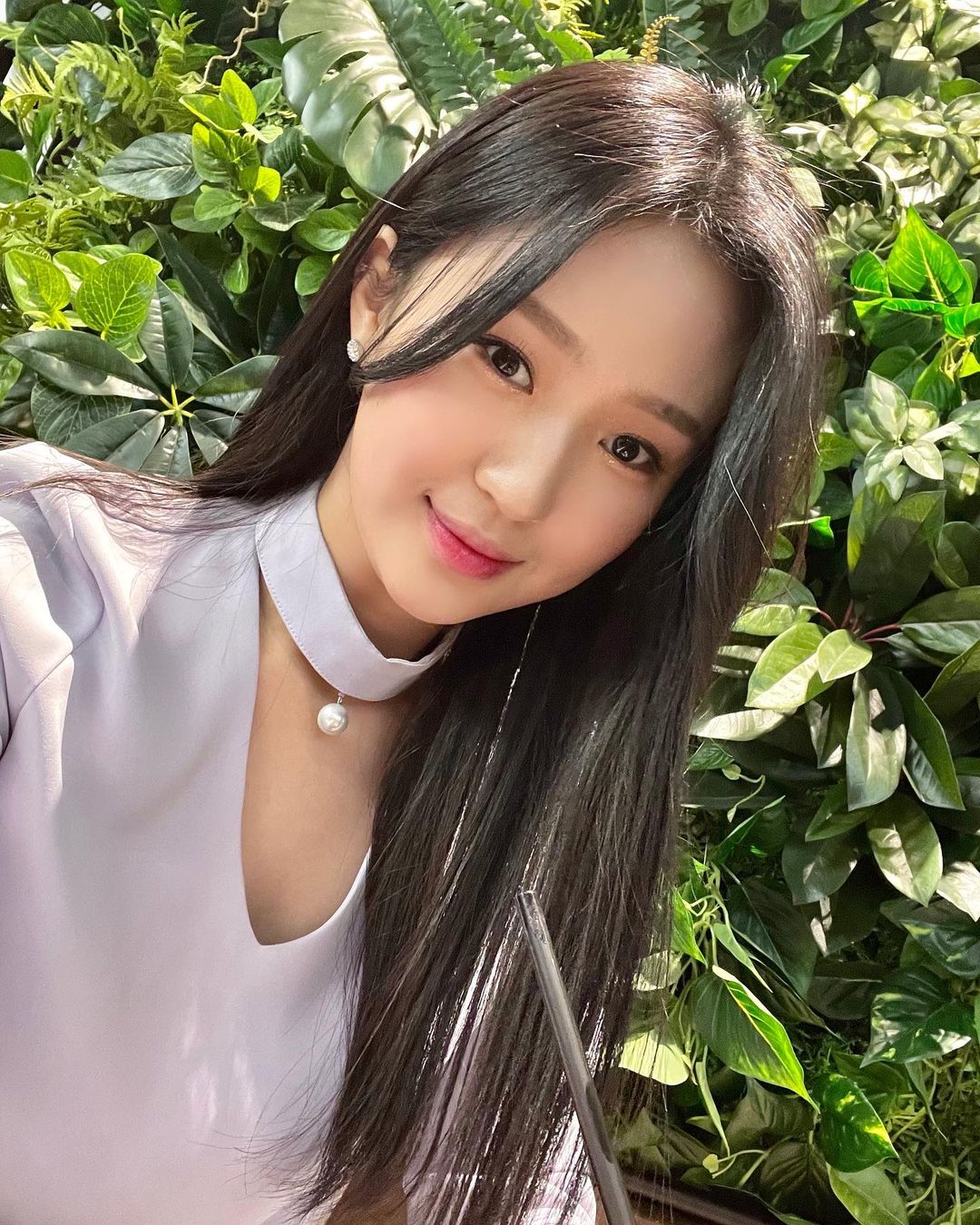 Minsu might be the last contestant to join the dating show, but she definitely has impressed viewers with her charming personality. What’s more, she also wowed the commentators when she was revealed as the CEO of a clothing brand and a freelance model.

Knowing that she has lesser time to pursue a match on the show, her strategy is to focus on getting the attention of anyone that catches her attention. 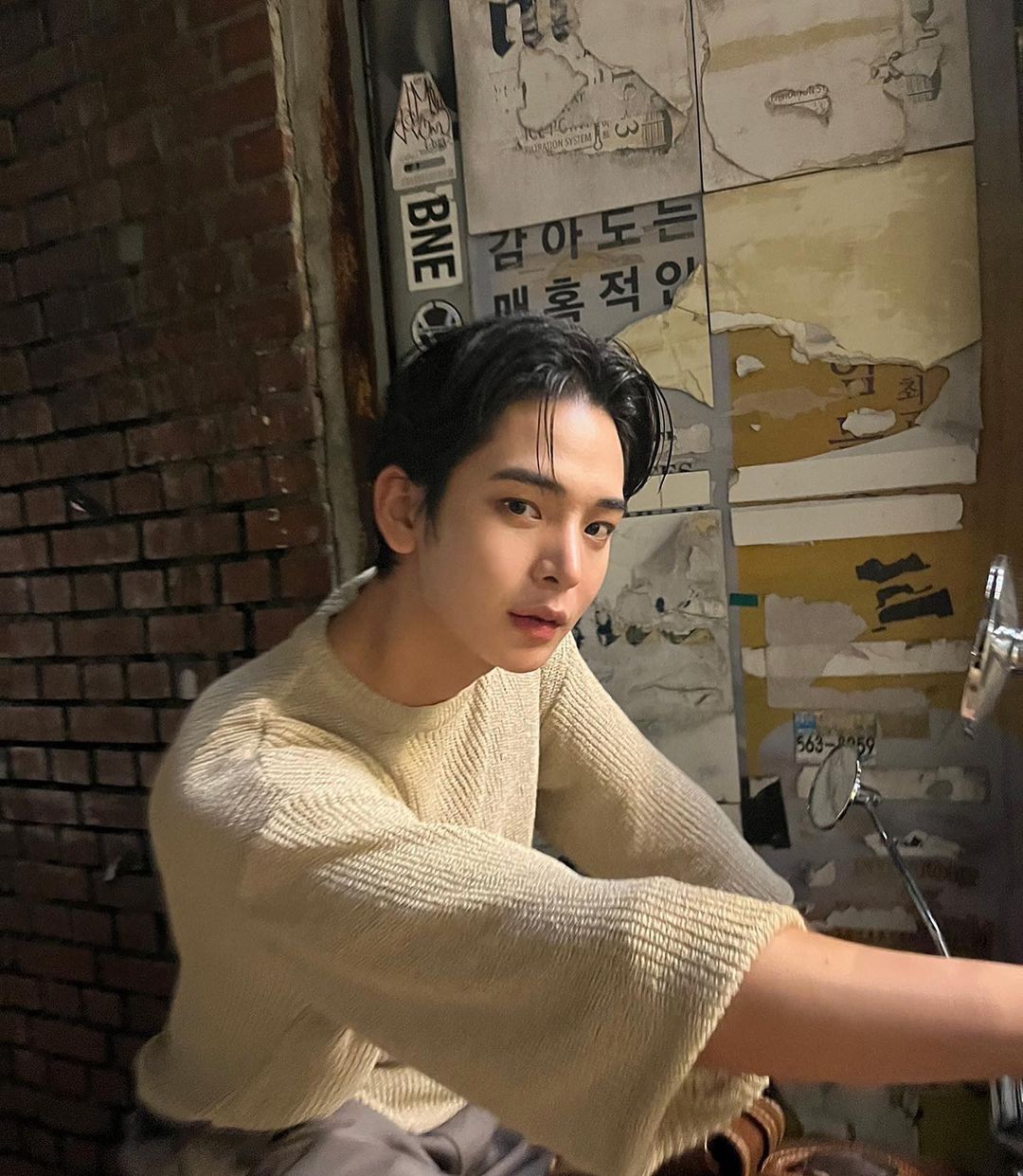 Plus, several of his Instagram posts suggest that he also does freelance modelling work.

While Jungwoo didn’t explicitly list what he looks for in a partner, he did point out that Seulki was the closest to his ideal type, and that he prefers someone with pretty eyes. 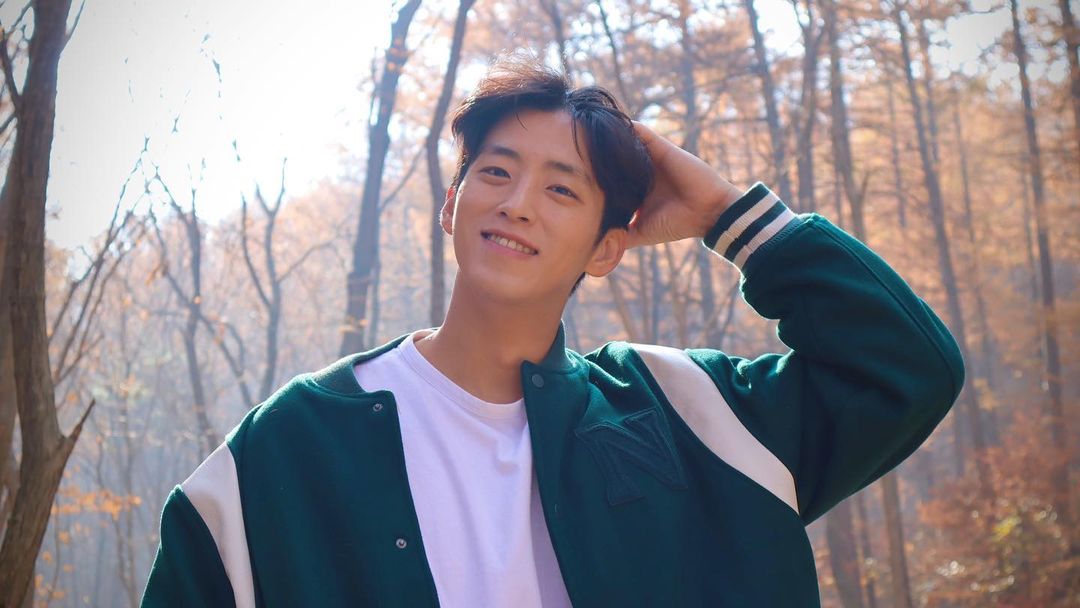 Yoongjae gives off the vibe of a friendly senior in university who is always willing to help those in need. Known as the “shoulder guy” from the Business Administration school when he was still studying at Hanyang University, Yoongjae was commonly mistaken as an athlete because of his broad shoulders.

Based on Yoongjae’s introduction video, he is interested in women with wisdom, and hopes to look for a long-term relationship. 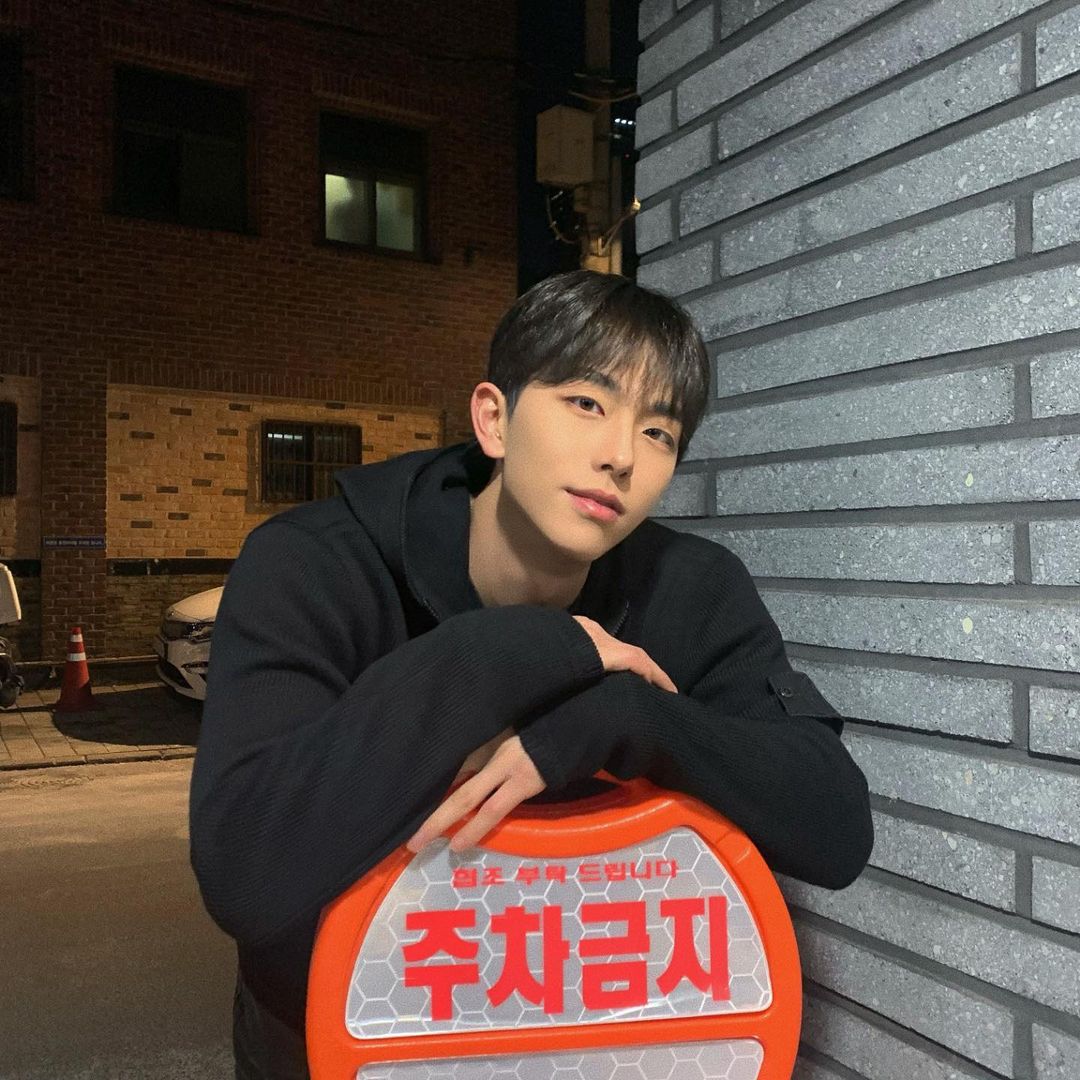 Hanbin might just be a keeper for several reasons ‒ he can cook, has a positive attitude in life, and warms your heart with his infectious smile. The happy-go-lucky freelance actor appeared in a 2016 K-drama called Hwarang: The Poet Warrior Youth, which starred top stars like BTS’s V, Park Seojun, and Park Hyungsik.

As for his ideal partner, he hopes to meet someone who is as positive as he is. 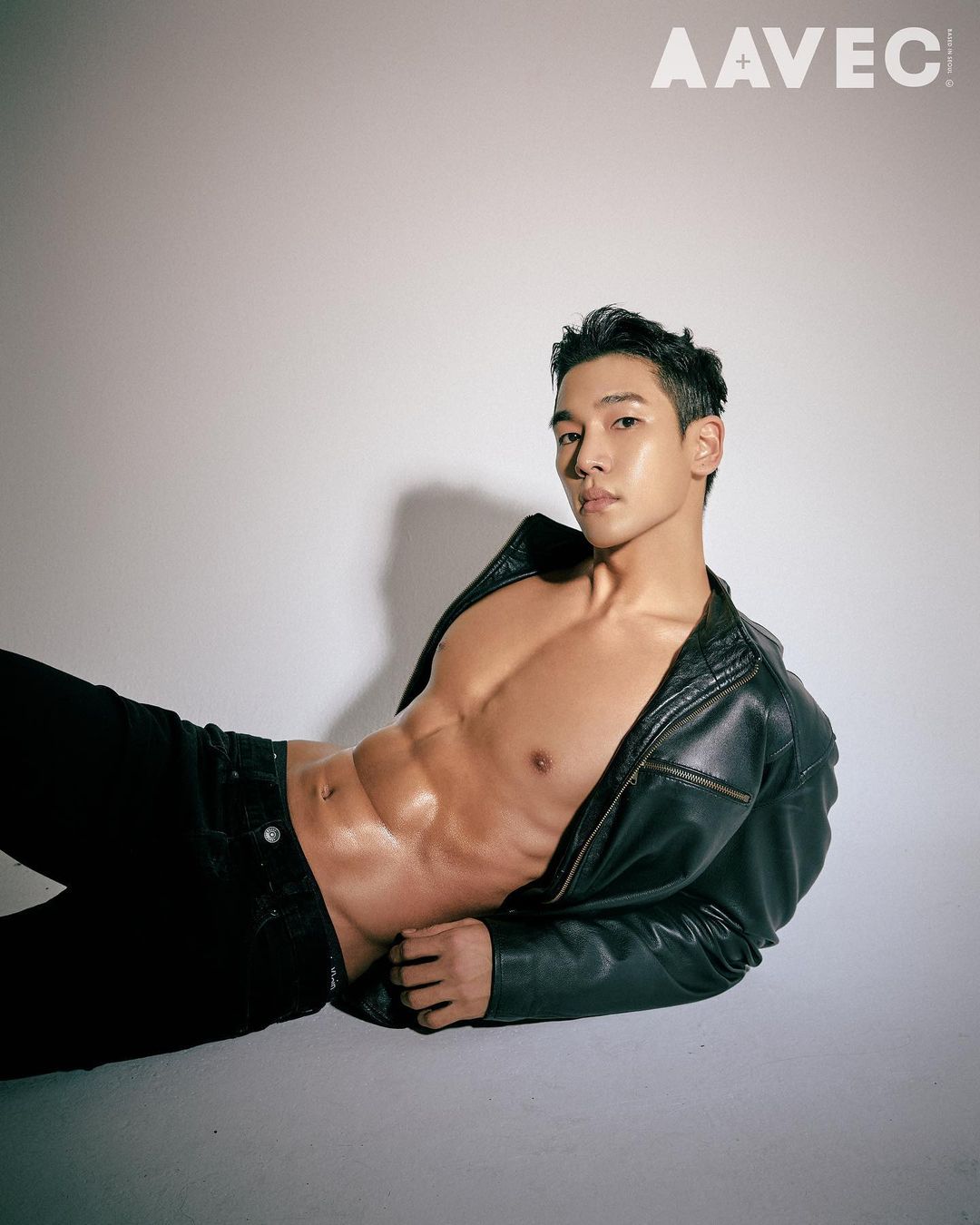 Up till now, Dongwoo has given viewers the impression of a fitness enthusiast who might be working as an office worker.

But here comes the plot twist ‒ Dongwoo is a plastic surgeon who represented Korea in Mister Global 2021. With his buff physique and charming personality, he clinched the position of 2nd runner-up. According to Conan Daily, he also attended the University of California, Los Angeles, which explains why he is fluent in English.

He expressed his hope to find someone who is very energetic to complement his calmpersonality. Kim Jinyoung might be the latest newcomer in Single’s Inferno, but it is not his first time on a reality show ‒ he has previously appeared in Love and Joy, Bloody Game, and Toy Soldiers. His masculine appearance belies a “shy” personality that sits well with the ladies. Not to mention, he also made a good first impression on Seulki when he won the tug of war in a matter of seconds.

Rather than having an ideal type, Jinyoung prefers to look out for that instant connection, which he believes can happen in a matter of just 3 seconds. If you recall Oh Jintaek from the first season of Single’s Inferno, a tailor shop owner, Sejun is connected to him in a rather interesting way ‒ Sejun is his employee. Also revealed to be a tailor, Sejun poses occasionally for their brand’s Instagram and has appeared in many photos alongside Jintaek.

While his defined features had many thinking that he was an actor, Sejun caught our attention with his connection to Season 1 instead. Despite him making a late entrance on the show, we hope he can find someone that wins his heart.

With new contestants introduced to spice up the game, this season of Single’s Inferno might just turn out as exciting as the first. While we wait to see who will leave the island as a couple, get to know more about these contestants by following them on social media.

15 Love & Life Lessons From Single’s Inferno, From Someone Who Binge-Watched It In One Day